I extracted it from latest Beta BIOS for my Gigabyte motherboard.

Also i would like to say about the new Haswell VBIOS’s with that the same version extracted from different motherboard makers have different Hashes, which is something i have not seen with Sandy/Ivy bridge VBIOS’s.

Hello
I checked this VBIOS 2173 on this motherboard ASUS Z87-Deluxe. Does not work. Black screen.
There are other modules VBIOS 2173, another Hash to verify?

The Intel VGA ROM 2173 has been designed by Intel for Haswell CPU mainboards with an 8-Series chipset. I doubt, that it can be used with Sandy or Ivy Bridge CPU systems.

I checked on the ASUS Z87-Deluxe with Intel processor I7-4770K Haswell.

Aaah, I obviously haven’t read your post carefully enough - my bad!
Maybe Pacman will be able to answer your question or to give a tip how to get the Intel VGA ROM 2173 into your ASUS Z87-Deluxe mainboard BIOS.

And my English is not very good.

I would like to test the variants with different Hashes and find a working VBIOS 2173 for ASUS 8-series chipsets.
It is interesting to hear the view of Pacman.

I would like to test the variants with different Hashes and find a working VBIOS 2173 for ASUS 8-series chipsets.
It is interesting to hear the view of Pacman.

Thank you.
Yes. If you can lay out all. And please sign each one with what motherboard
I’ll do the tests.

I have not been able to find a HSW GOP driver newer than 5.0.1029, i can look later for sandy/ivy
Unfortunately i can’t find the two other 2173 i had, my HDD’s are a mess, i have to sit down and sort everything.
But, i have a small idea about the differences? i’m going to try and see if the idea is correct.
If you want to have a look at three 2170 files, to try and make sense of the differences http://www.mediafire.com/download/xehbycdcskl61r2/2170.zip

I also started comparing Sandy/Ivy bridge VBIOS files, and something i had not noticed Before was that they also can be different even when same version,
the reason i had never noticed was that i have modded alot of sandy/Ivy BIOSes and never had any problem with what BIOS they came from.
All the VBIOS files i looked at, have the differences att the exact same location in the file, and only at the begining, i am still not sure what the differences mean, maybe someone else here does?

Here are some screenshots.

The asus 2170 in the link i gave you is from gryphon Z87 BIOS.
and it is different than the 2170 for your board, but i think i may have found something interesting.
Could possibly make 2175 work on other boards than MSI, but i will continue tomorrow.

Upd
Hmmmmm… Among the most bios Asus too is not coincidence.
See the attached file.

Thanks SoniX for testing the files, and the additional variants, that the Intel version worked is interesting.
There is alot more work than i first thought with these VBIOS files,
but i’m working on them.

Forgot to say that the replacement options VBIOS from ASUS itself does not work. Suitable only have the same checksum.
It is not clear why it was made, it seems to be protected from the firmware.
We need to check An Intel VBIOS 2170 on other motherboards not from ASUS. If everything is working, then … I think we should concentrate on the original version of the Intel 2173 and above.

Upd
The only difference between the VBIOS modules in one unit. See the picture. 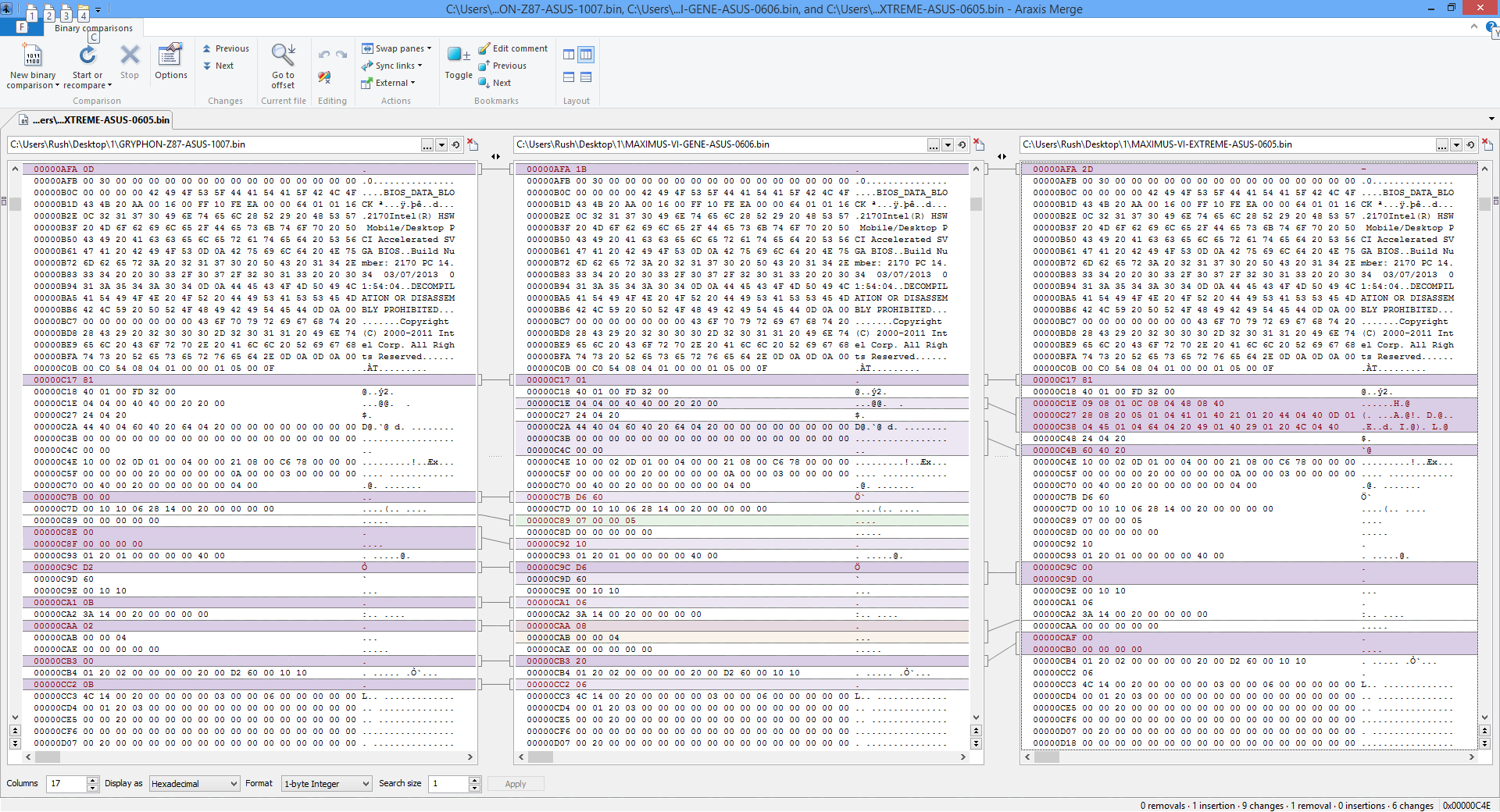 After having done a deeper look with the hex editor HxD into all .bin files SoniX has uploaded I found out, that all of them 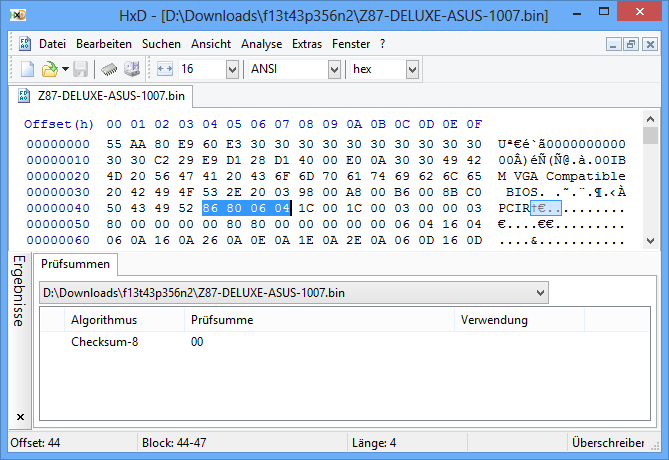 Maybe ths will help you to find a solution.

@Fernando
Yes, all the versions i have checked (2166->2175) have these values,
so that shouldn’t be the problem, trying to find some kind of pattern.

Of course check and immediately give an answer, just a bit later.

Still, I would suggest to concentrate search VBIOS 2173 and up from Intel itself. I think in the original modules from Intel should not be this strange defense. And they need to work on all boards.