So long story short I have a GTX Titan (original) and after some modifications and blowing up most of the card, when I power the card up I get a message saying to plug in the power connectors. Currently that is impossible (half the card is missing). Is there any bios mod to disable the check for the power connector sense lines? I’d de-solder the bios and flash a modified bios on to it.

@coldwove - Half of card is missing and you’re trying to use it? I doubt that would work even if removed BIOS check for power supply line connections.
Only a few people I know that could possibly help with that here… maybe @SoniX or @CodeRush or @Mov_AX_0xDEAD maybe some others but I can’t think of who right now

scraped on the back of the core to reveal a via and soldered it via a resistor to 3.3V. works fine now.

@coldwove - Good you figured it out! I was thinking about mentioning soldering power to a trace, but assumed you’d have to do that for 6 traces or more and didn’t think you’d be able to spot them all.
So how does this run with half the card broken off? 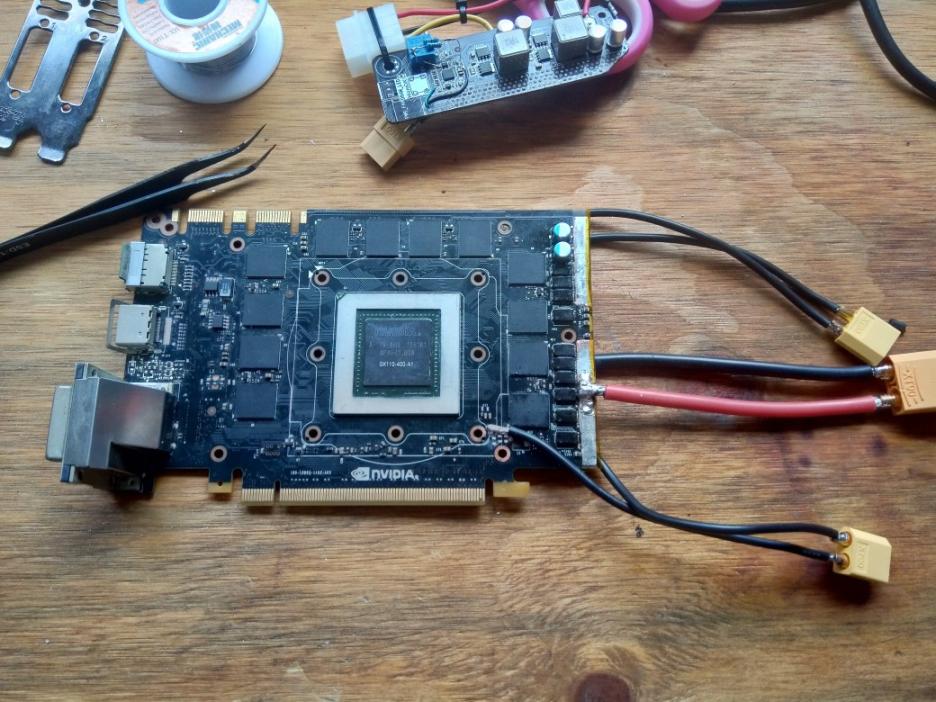 I soldered some temporary connectors to the Vcore, Vmem and PLL rails, added some external VRMs and with the final solder job where I pulled gpio12 high it now works. I’ll need to beef up the power connectors before I go and use it properly, but for now it’s alive again.

Amazing! Why did you cut it, or did it just break off?

A culmination of little accidents about 4 years ago resulted in an internal short between 12V and GND on the power generation side so I took the angle grinder to it. It has been sitting untouched for quite some time and I finally decided to get around to making it run.

I though that was a clean cut

So with no VRM side, how is power delivery being managed and delivered?

I have quite a few epowers which are just stand alone vrms which I can hook up to whatever i’m testing. Makes life easy for when power rails are missing.

You do bitcoins don’t you

No not at all

I just do a lot of overclocking and end up blowing a lot of VRMs. I’ll use something like this for the power rails: 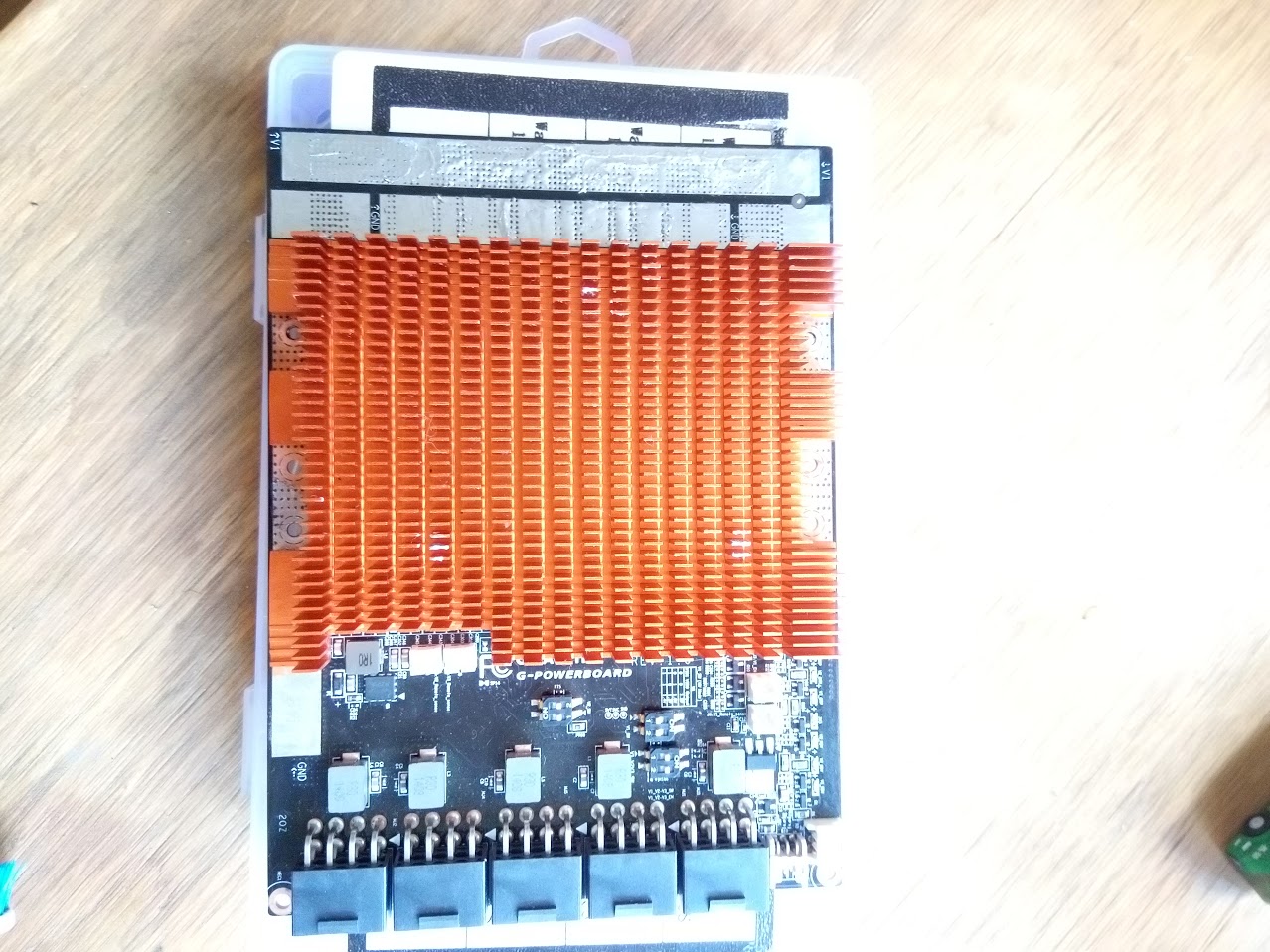 Beefy heatsink there, and tons of power input, wow! Do you do extreme overclocking with LN2

I have quite a few epowers

you lucky guy. I don´t know how long I am searching for a working one

No LN2 yet, only DICE, i’m still looking for a reasonably priced dewar

@oldirdey I think EVGA is still selling their epower V on ebay for 100usd and there are a few assorted ones hwbot for 70-100usd.