I got from my company 3 decommissioned Sophos SG230 firewall appliances.
With a friend, we had a look at them and were able to do a lot a stuff but we want to extend the possibilities of these appliances. So we had the crazy idea to transform them into hypervisors to, instead of just running a firewall, deploy multiple VM on it.

I’ve used AFUWIN to extract the rom and after checking it with UBU, I’ve found that the Microcodes inside were older than the release date of the i7-4785T. 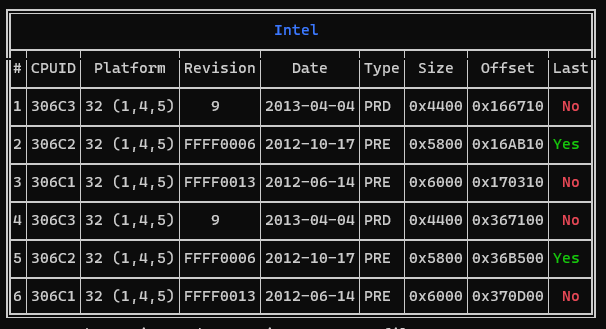 I’ve used UBU with mmtool to update them to the latest version (28) and flashed the modified rom with AFUWIN but the motherboard still don’t recognize the cpu.

Is there something I can check or enabling this cpu is a lost cause?