This might not be the right place to ask but thought I would give it a shot since there is quite a bunch of wonder knowledgeable people on here which I Envy greatly from just visiting and read the forums quite often and decided to make an account. So onto the Issue.

I cannot for the life of me get this to work with windows 10. When Plugging in Via Firewire-1.0 connection into a 2.0 slot (best case of compatibility) a Usb Codec installs when plugging it in and does not speak to windows in playback or recording at all it just sits pretty.

Just as a FYI I’ve done all the safe mode, disable driver verify, uninstall install new etc… so all the Basic routine to get a driver installed on this horrible OS.

I have tried drivers from many websites since this is a Discontinued piece of Audio equipment, so quite literally the only drivers that will allow full communication to the Mixer, reside with win-XP/7 drivers, which (nothing on google - many failed “solutions”) would allow it to update the firmware to use with windows 10 but I have tried to build a Win-XP Usb live boot disc to circumvent not having the OS & device issue but no luck finding software that actually works. I have also tried to do it with a Virtual-Environment (VMware) still no luck, I have a ESXI server running off my RE5 x99 but I don’t think the 6800k allows Pcie pass-through to get it to a VM to work, Which I am too baffled on how to do that(spending months tryin to grasp how) but thats a whole other issue that warrants more trial and error I suppose but anyway, onto my questions.

1. Is there a way to take the Driver and dissect it to make it Semi-compatible enough with win10 to send the Firmware and force an update over I/O’s/Device ID over the usb controller>device Id or something to that measure? Forgive my noobish terms. heh

2. or anyway to Wrap the GUI+hooked-Dll from the Alesis driver to the windows natively installed USB Codec driver to send a firmware update some how if that’s even possible.

3. or even maybe with a existing firmware Utility compatible with pre-Win10 to Xp.

Honestly ran out of ideas any help at all would be greatly appreciated, or even to be pointed in the right direction.

This is the site with the drivers: www.alesis.com/

What is the exact model? the original Multimix 16 FX or 2.0 version?
I assume you have tried this http://community.alesis.com/alesis/topic…with-windows-10 guide, but just to be sure.
when you say that you have installed the driver, manually or by setup?
Also, what version of Windows 10 are you trying to install it on?


EDIT: Just noticed the guide was for firewire version, was confused by you mentioning firewire

Hiya! Thanks for the quick response

Indeed, I should have put reference links to the separate ones I’ve tried as well but was already mentally drained typing all that ha Thanks for the suggestion! lol yeah I’ve definitely attempted that one but my only stipulation was one me being of pure incompetence when it trying to do booting things off usb’s or dual boot of some sort hah xD I always run into a bios issue for compatibility with uefi or efi to get it to boot however the process haha

I was reading about NTlite would that be something that’s able to put together a windows 7 or xp live usb boot disk together, I’ve heard and read it’s not for the faint hearted heh… I’m not savvy with building my own WIM to iso etc and guides have baffled me but If I somehow am able to I probably could just boot right off a persistent Winxp/7 OS might work even though that’s a different version but it does look Color wise Identical compared to others.

Sorry I managed to sneak one more question in when editing my post, if you have the FX or 2.0 version of the multimix 16?

Ohh Woopsies xD I have an image of it, It’s almost like this one doesn’t even exist I swear

So it literally says just USB as the “model type” like "firewire;USB2.0 etc

Edit: But one thing I do know is that in addition is the Ipod Dock on the right hand side.

Edit 2: Literally is “iMultiMix 16 USB” 16 channel mixer and audio recording interface with universal dock for ipod.
I went and dug up the box heheh

It was released in 2008 lso included there is 100 effects so I assume it might just be the 16usb FX even though it doesn’t say it is the FX version on the box or anything. I went as far as looking up the barcode to find more info

but to no avail heh 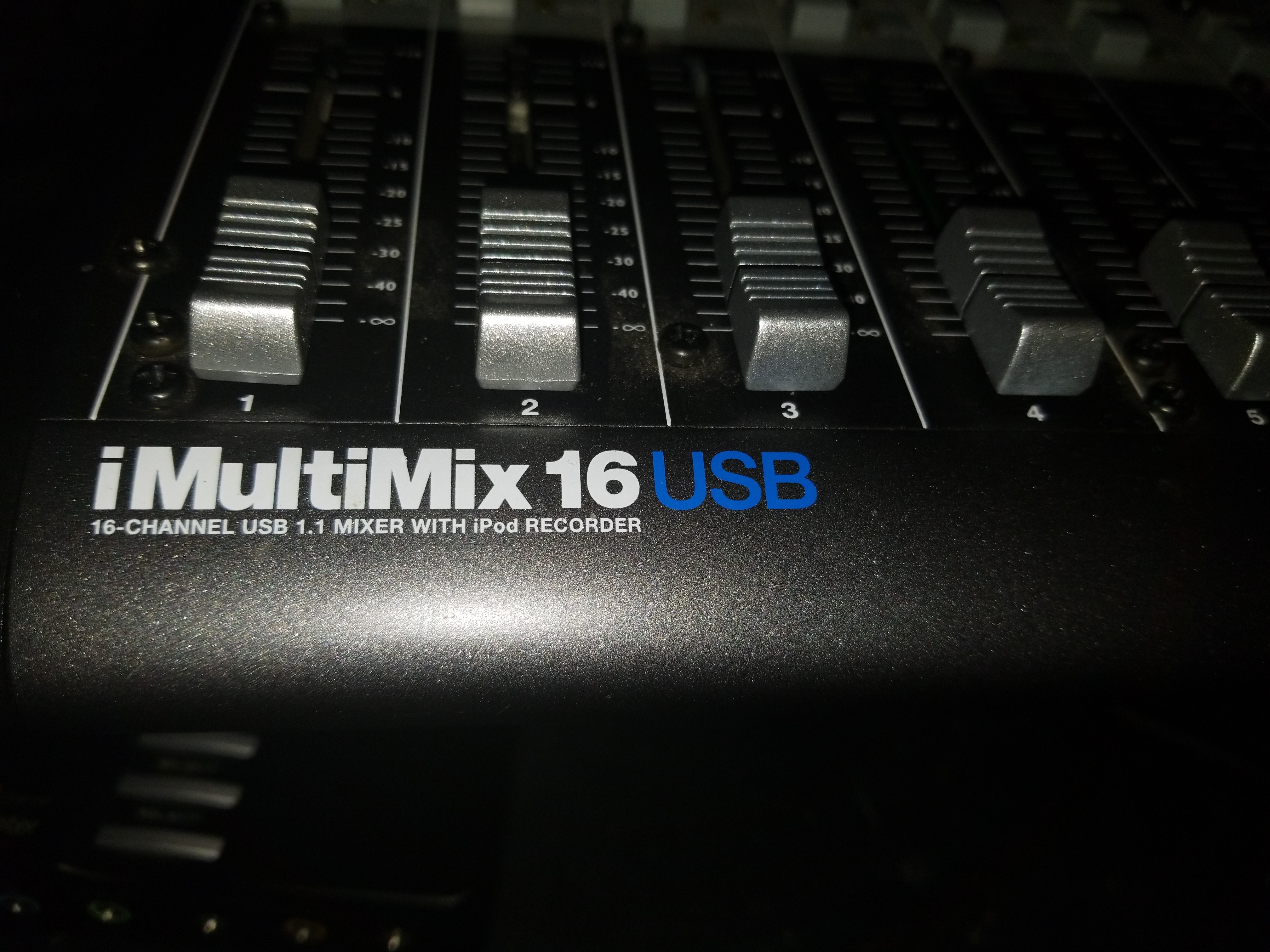 Ok, Good, here’s how it seems to me, the multimix you have is the FX version with the ipod dock added, i looked around a bit and Alesis does not offer a driver or firmware for the Multimix FX, only the 2.0 version.
That would explain why you cannot install either of them, they are not for your particular model.
I think you should follow the procedure in the manual for the Multimix FX, where it mentions the USB codec install, and configure Windows 10 as Close to the Windows 7 guide as possible.