Hello Win-Raid! I’m new here and this is my first post!
As the title shows, I need help to make my GPU go over 1.000V. My GPU is a Pitcairn based card with GCN 1.0

I tried software like VBE7 to change my voltage but since my gpu is UEFI it doesn’t work, and when I try to boot my GPU without its UEFI vbios, my UEFI only motherboard takes over 1minute to get a signal and nothing changes.

VBE7 only works with non-uefi bios (I read that from a different forum). So I tried various methods like modding MSI afterburner. It did work making me go over the max voltage limit but when applied nothing changes in monitoring software such as GPU-Z. I really want to go past 925mhz core because my GPU still has thermal headroom. I know it’s a 75w only card so it might be a hassle to overvolt it.

The last method I haven’t tried was modifying the UEFI bios using hex editing but I don’t know how to do that, unfortunately, so if you are willing to mod my vbios that would be greatly appreciated!!
Also My voltage controller is a Volterra VT1556M for those who are interested I guess :). I also added some screenshots and vbios!

Here are the specs: 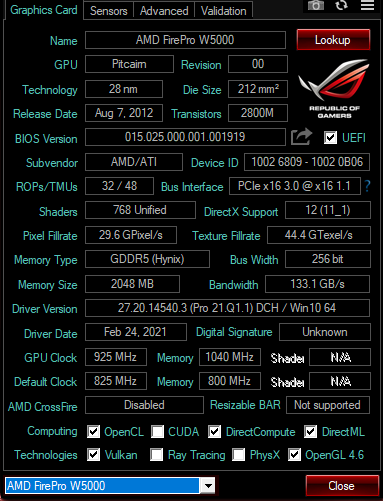 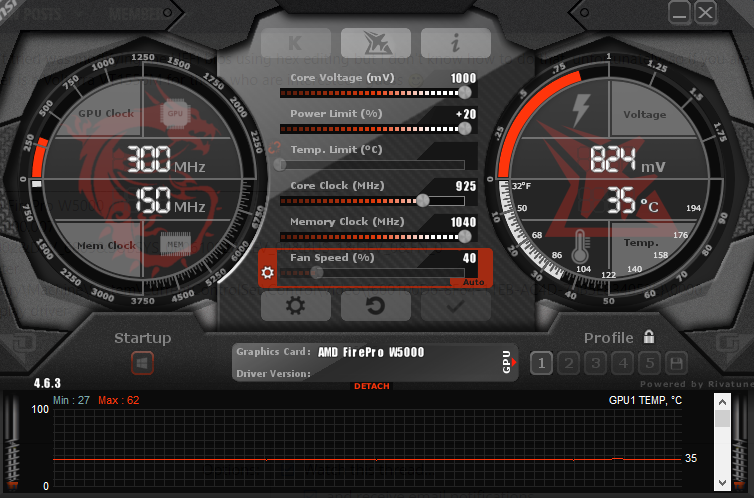 Anyone? Also, I think HxD could be a good software for hex editing but its too hard to do

Thanks for the guide I’ll try and figure it out from there, I will post results if it works