Hello there, forum. It’s been a long while since my last post.

I’ve been having some issues with these BIOSes

I’ve managed to update the respective microcodes using UBU. The H81 chipset does not support RAID so there’s no OROM/EFI Module, so far so good.

The issues come when I try to update the Realtek modules, an error pops up in MMTool saying reconstructVolume: root volume can’t be grown and the modules won’t update.

Now, my question is: why is there an OROM Module for Intel Boot Agent GE when there’s no Intel NIC in the board? 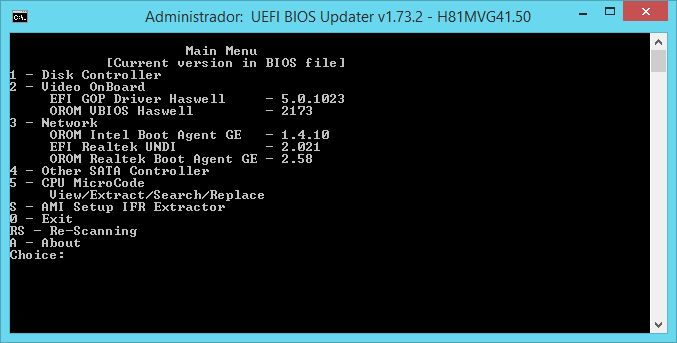 I found a “solution” but I don’t know if it will cause any problems to the board, and since I haven’t bought any of these boards yet (I wanted to verify I could update the BIOS without issues first) I can’t tell if my “solution” could brick them. Here’s what I did:

After doing this, there’s no Intel Boot Agent GE in UBU anymore and when I try to update the modules, reconstructVolume error doesn’t appear anymore. 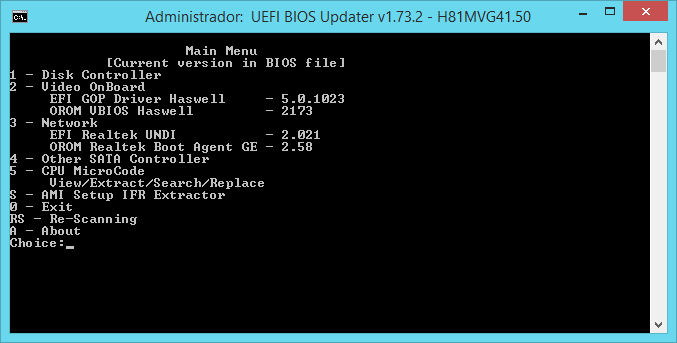 As to why am I bothering with an H81 board being 4th gen and all; I bought three Xeon E3-1245v3 for $40 each, 10 MSI Radeon RX 580 8GB for $60 each, got some spare RAM, and a store near my place has a brand new (old stock) of these boards for $40 a piece. I could potentially build a test bench for me, 2 entry level gaming/productivity PCs to sell and make a little profit out of them.

Any insights would be completely appreciated.

Better solution would be to mod the BIOS manually with UEFITool or maybe MMTool, then you wont have these issues.
Removing that rom may be tied into other functions, so could cause some issues, or may be leftover from some other base BIOS they built on, only you would know via testing once board in hand.
If it’s not used by anything else, and it’s probably not, then your method should be sound and BIOS should be fine

Thank you for the answer.

I have to say I agree with you, it may be a leftover from a base BIOS. I tested other BIOSes from ASRock:

They all have the same Intel Boot Agent GE (same version, too. v1.5.50) even though the only board that actually has an Intel NIC is the H97M PRO4.

I’ll get my hands on a couple of boards tomorrow (H81M-VG4, H81M-HDS, and H97M Anniversary) and test the theory. I’ll post back with results.