I wanted to ask if someone can help me with a BIOS mod for ASUS P8H67. This BIOS does not seem to boot without a graphics card installed but I need both PCIe slots for other things and want it to run headless.
The BIOS is stored on an Winbond 25Q32BVAIG. I’ve already done a full dump via SPI. The latest BIOS (3801) is available here: hXXps://dlcdnets.asus.com/pub/ASUS/mb/LG…7-ASUS-3801.zip (can’t post links as new member)
It seems to be an AMI Aptio 4.5? MMTool 4.5 and AMIBCP 4.5 can open that file. But I’m not sure how to get started to allow it to boot without graphics?

Would be great if someone could help me here or post a ready to flash rom file. (maybe with microcode update, too, if thats possible, because that cpu is spectre affected)

Thank you very much!

Witch current bios does have the system now? And wot cpu model?

EDIT: A Xeon… did u tried with another desktop cpu model? This bios doesn’t have internal GOP driver, so CSM off (Pure UEFI) will not be available for onboard/cpu graphics.

I dont see any Asus CPU QVL, only RAM and SSD… and no where support to this 1265 on the listed Xeons. Latest ME8 on it also?

It should have display with the 2600…

EDIT: I can make an updated bios mod of the 3801, to try at UR OWN risk only, this board doesnt have USB BFB, but it doesnt seem a mcode issue here… Did u updated the Intel ME8 FW image…u can try that before.
Yes we know that its the cpu that has the iGPU.

Usually the ME FW wont break the system, as always users must know how to recover when playing with bios mods etc… a CH341Aprogrammer is always a savior. Engage if u have one.

The guide is here for ME FW: Intel (Converged Security) Management Engine: Drivers, Firmware and Tools

Witch current bios does have the system now? And wot cpu model?

The system currently runs with that BIOS version 3801 and an Intel Xeon 1265L v2.

EDIT: Yes, was Intel i7-2600 before. Doesn’t booted without installed graphics cards, too. Xeon (v1) and Xeon v2 are supported by this board/BIOS stated on the ASUS QVL.
EDIT2: So you mean I have to enable CSM and it should work? That board does not have any onboard graphics, even if the cpu can do that.
EDIT3: Yes, you are correct. 1265Lv2 is not explicity listed. But they listed “Intel Xeon E3-1245 v2” which is from the same generation of CPUs. And if I use that with a graphics card plugged in it works very well. Just the headless boot is the problem. Same with i7-2600. So i think thats not a cpu based problem?
EDIT4: As I said before: It CANT have display with i7-2600, because there are no graphics outputs on the board. (Otherwise the Xeon should work, too, because it has Intel HD Graphics 2500 integrated)
EDIT5: That would be nice. But no, I don’t have updated Intel ME8 and can do that before. How to do that? - Could a wrong image brick that board? I can reflash the original image via SPI if the new won’t boot.
EDIT6: CH341A is available, so no problem to reflash it. I’ll try to update Intel ME8.

I’ve updated the Intel ME8 to latest version. Update seemed to work. BIOS shows correct Intel ME version. (8.1.70.1590 instead of 8.0.4.1441 before)
But the problem persists: Booting with a PCIe graphics card installed works flawless, but after removing that card the boot process hangs up somewhere. I don’t think that theres a problem with the OS, because in kernel logs I can see that OS never gets loaded…

Here you can see Intel ME version: 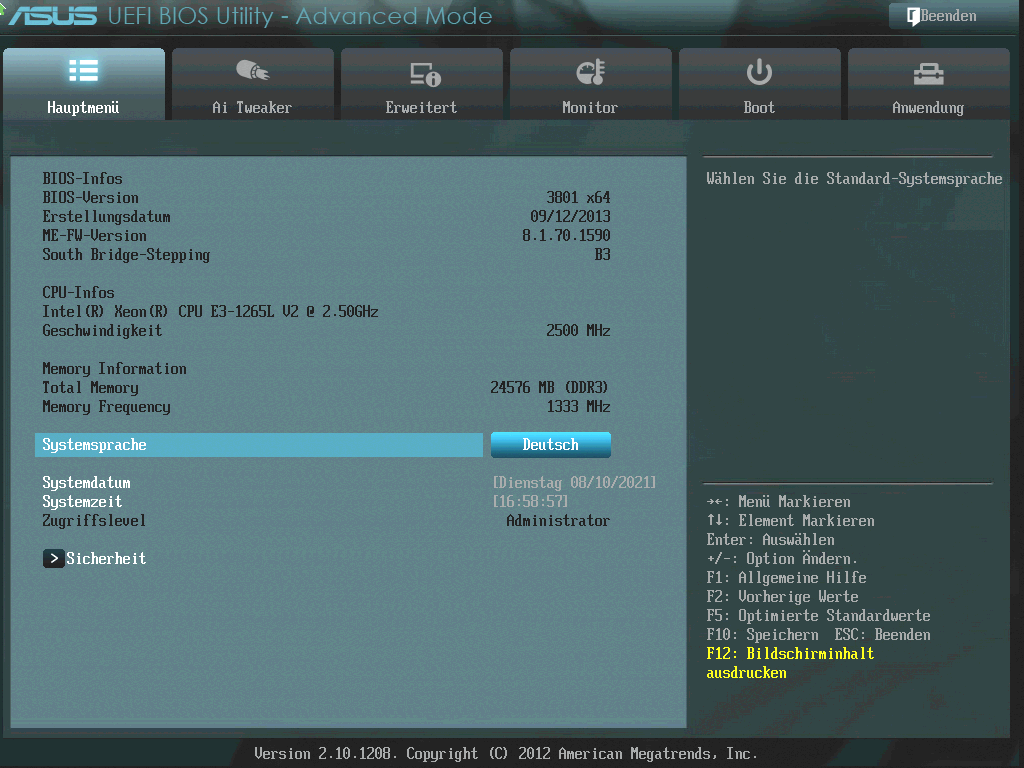 Sry… form here i can only point an HW issue in GFX signal circuit cpu/motherboard, is all the cpu pins ok and well aligned? Because u had the same issue with the 2600 cpu…

The CPU pins seem to be all very well aligned.
I think its a bios problem. BIOS KNOWS that this Board has no iGPU support and waits infinite for a PCIe or a PCI gpu. Thats what I wanted a mod for: dont wait for gpu. 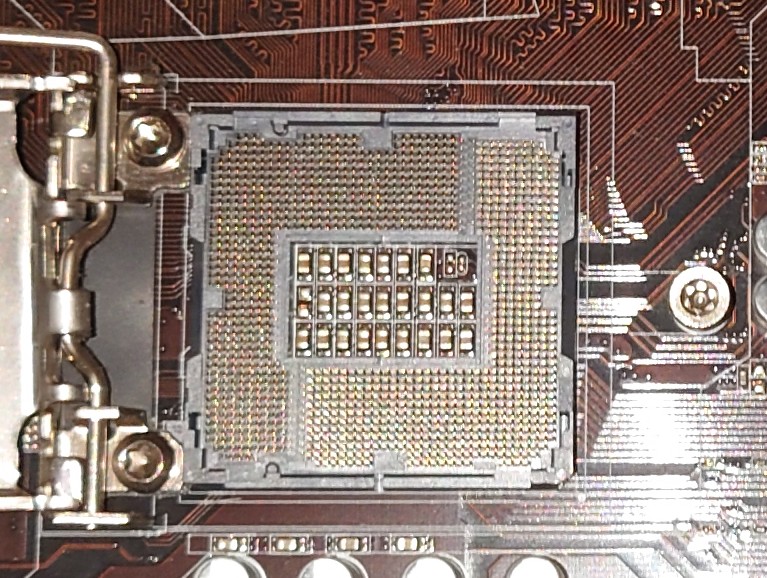 Oh i see now wot u want… officially this model doesnt support any kind of iGPU, it always require a GPU card, period, u cant do a mod for it.
That explains the 2600 or any other behavior. Good luck.

Thats what I said the whole time. (See edit2 from second post: “That board does not have any onboard graphics, even if the cpu can do that.”)
AFAIK there are many mobos that can do a “headless” boot without graphics card, even if they do not support iGPU and theres no discrete graphics installed.
So why shouldn’t be possible to patch that?
Imho as is said the bios is looking for a discrete graphics until it resumes boot. This has to be removed, so that boot goes on without any graphics card. The OS can run headless. It uses serial port console then.

I see… sry not my expertise in "headless" area.

From the other threads here I think maybe @SoniX can me help here? Maybe it’s possible to patch iGPU support into the BIOS even if there are no physical ports for that? Maybe BIOS boots up, then? I’ve seen that ASUS P8H67-V is very simillar to the P8H67 (without anything), but has iGPU-Output-Ports. Maybe it’s possible to get iGPU support data from that BIOS? Its just an idea.