I want to disable bd prochot in the bios.
I was able to modify the bios with some tools downloaded from some sketchy websites before, but I wasn’t able to conform that they are working.
I wasn’t able to flash the bios as it only lets me flash it from asuses ezflas utility in the bios.
I am willing to pay money to someone who can sucsessfully mod the bios to disable bd prochot and guide me through flashing it.

BD prochot is something that underclocks the CPU when temps are too high to help run the CPU in safe environment.

the notebook has a 10w cpu and a 10w gpu. It never owerheats. I already use throttlestop but it throttles on the windows login screen even from cold boot when the temperature is still really low.
And it only does the bd prochot thing when the power adapter is not plugged in, if I plug in it doesent throtle. To be honest I think the reason why it bd prochots on battery is because they wanted to be able to advertise a longer battery life and this is how they choose to achive it. It has a pretty small battery and it wont last an hour if both the gpu and cpu are fully utilised. And I understand all of it and I want the notebook to be usable for a short time and not be a slow pain in the ass for 3 hours.
ps. if u try to play any games this is about the worst way they could throttle the cpu, if they just loverd the frequency it would be fine, but constantly prochotiing lowering the frequency to the minimum makes games lagg every second or so for half a second.

so in short, asus uses prochot to increase batery life, no parts overheats, prochot only occurs on battery, testet it with throttlestop and nothing gets damaged and nothing overheats. 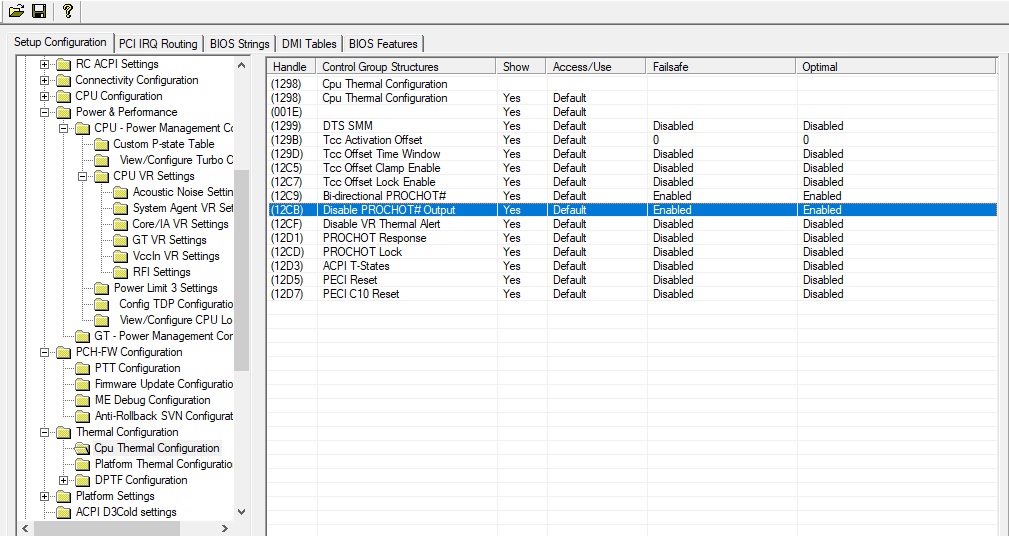 so the exact model is ASUS VivoBook 14 X412FJ-EB102 so the X412FJ variant, these settings are not visible. 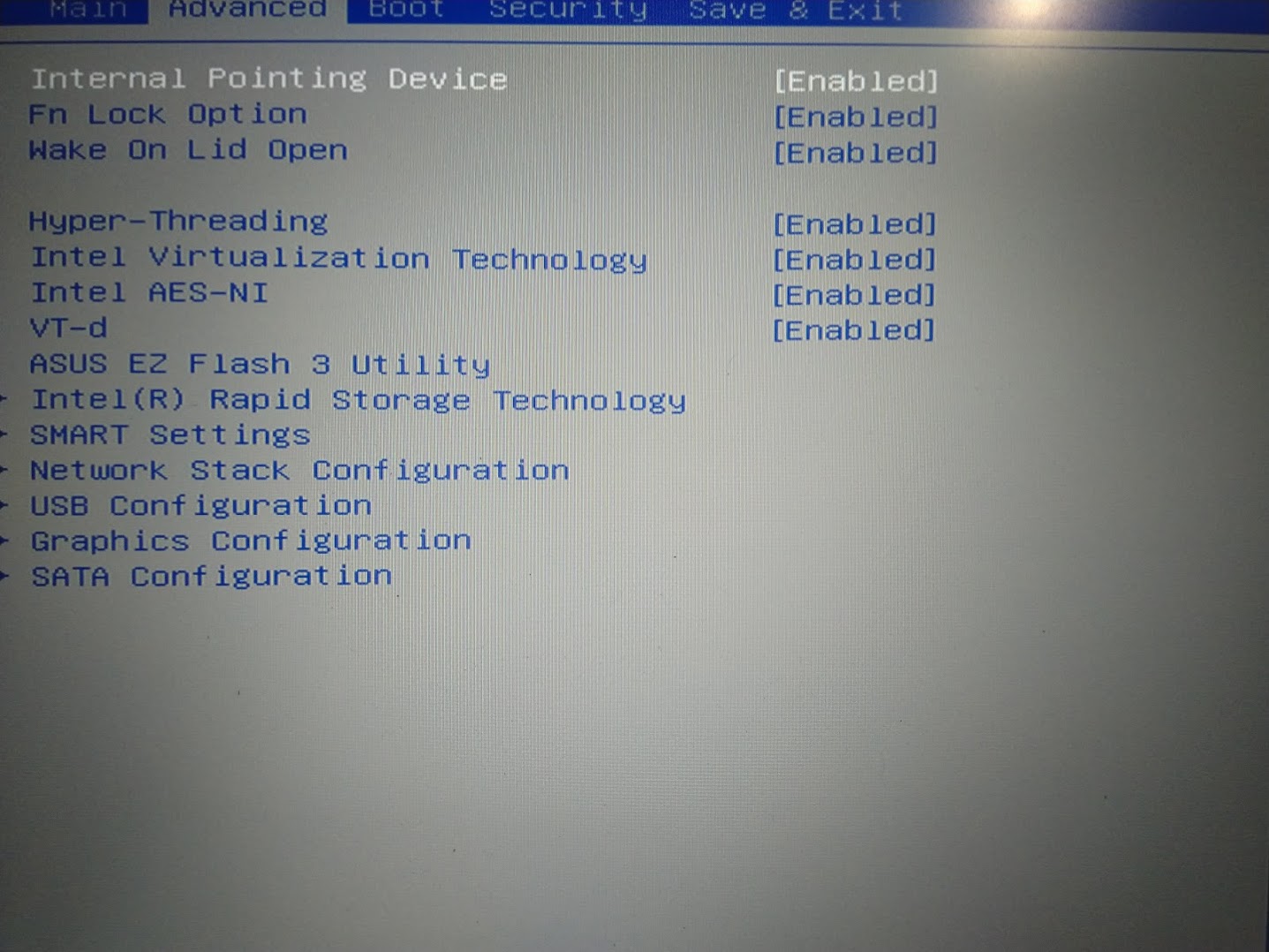 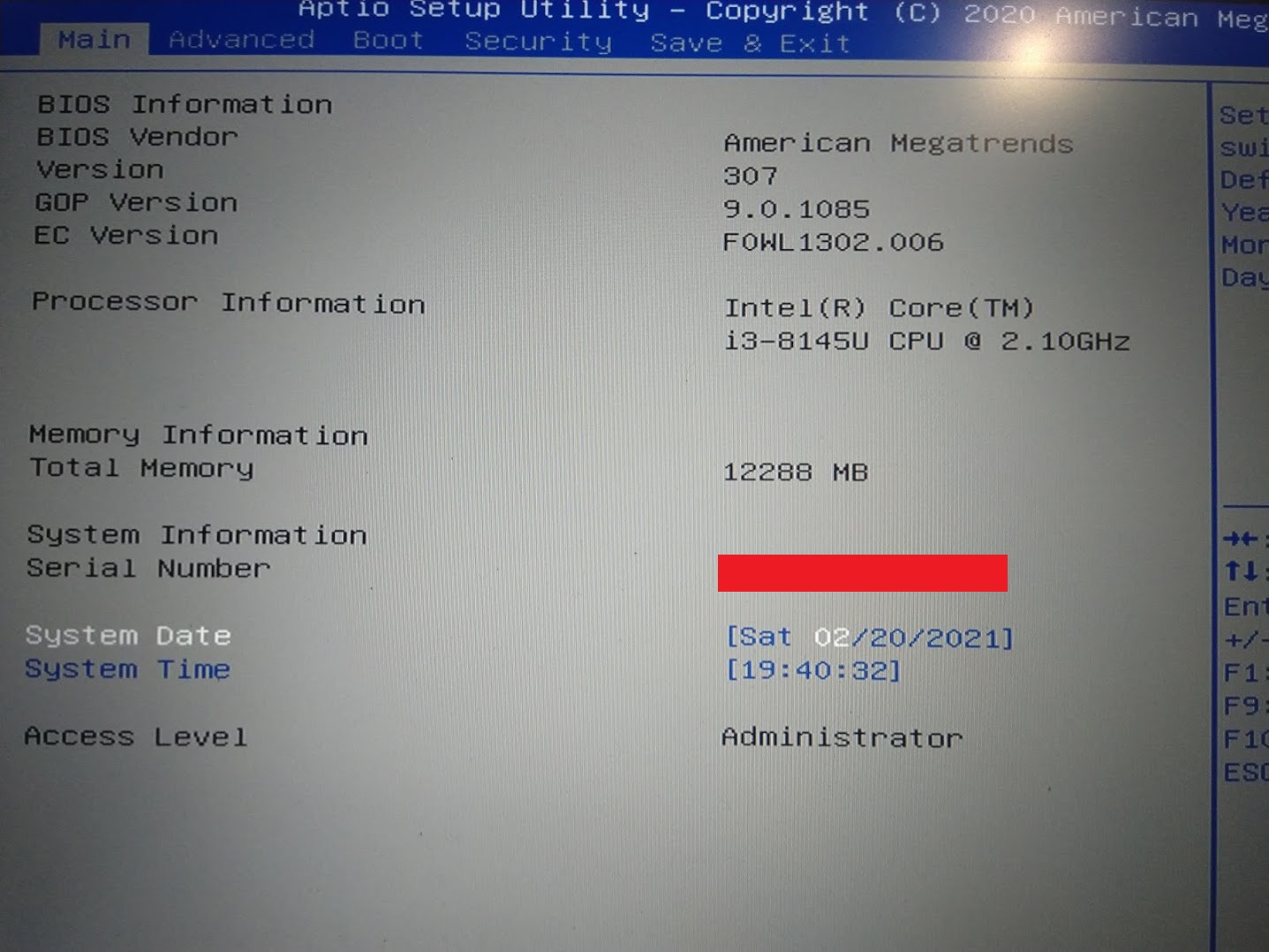 cool, but I still need help flashing it, I cant flash the bios from the offical ami tools I always get an error is there a way to unlock it or do I have to get some hardvare flasher and flash with that? 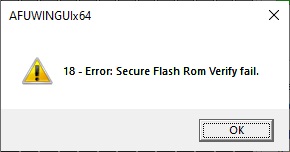 Please see this;
[Guide] How to flash a modded AMI UEFI BIOS

ok so I tryed flashing it with flashrom, the flash was bigger then the rom read by afuwin, but I noticed it was just the end of the flash so I replaced the end of the backup rom created by flashrom with the modified one and flashed it back. But sadly it bricked the notebook, no worries tough I have the backup, ordered the necessarry tools to flash the bios and I will be able to fix it next week. In the meantime can U look at the backup created by flashrom to see if u can modify that? https://drive.google.com/file/d/1GkqRth2…iew?usp=sharing

i have not noticed any anomalies in your first dumb.maybe changing settings might have spiked it.
looks like the untouched version of the dumb
link at #9 renewed,try flashing it first

there is some problem with the link and I can’t download it.

It was based on your first dumb (afuwin).you can use that aswell but its better to flash your first dumb in your case,cause of modded version can give an error as being an unsigned

jus in case,here it is VivoBook 14 X412FJ no settings applied

for now I flashed back the original firmware. The first rom(aufwin.rom) I sent you only includes the bios region from the flash, the second rom(BACKUP.ROM) includes the whole flash. can you try modifiing the second image?

it didn’t brick it this time, but it still does bd prochot.

I have not disabled them.but settings should be visible now.so,are they visible?

nope, no new settings are visible