Was browsing CEX as i had a voucher to spend and came across this little guy, cheap as chips and from what i can gather, not really used at the moment - thought i’d take a chance on it as it appeared to use the new Phison E-18 controller, is PCIe 4.0 and appeared to be a bargain!

I’m now on the hunt for a better driver / monitoring program and have so far come up short - any ideas - when i popped the drive in to my Rampage V extreme (only PCIe 3.0) it came up with a DELL recovery console, so can only presume its from a newish DELL laptop / server / workstation - no idea why someone would trade this in so soon. 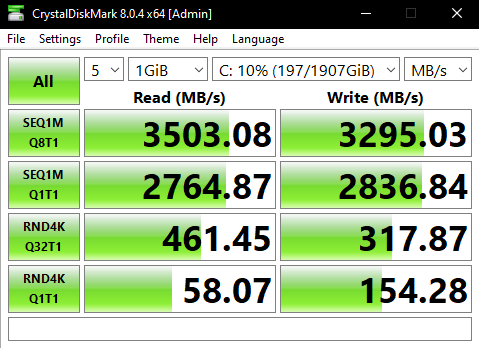 Took the plunge and decided to pop the Phison v1.5 driver on to test it: decent performance increase considering the old motherboard! 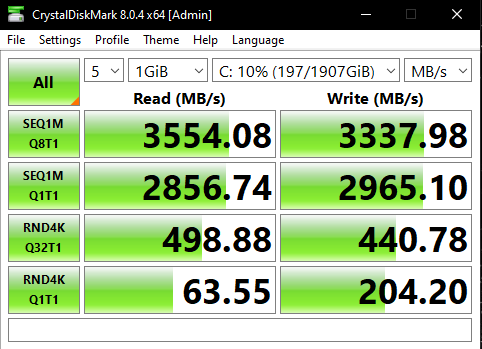 Took the plunge and decided to pop the Phison v1.5 driver on to test it: decent performance increase considering the old motherboard!

An other alternative to the MS in-box NVMe driver would be the generic mod+signed Samsung NVMe driver v3.3.0.2003, which you can find >here<. Don’t forget to import the Win-RAID CA Certificate before you are going to install it.
Good luck!
Dieter (alias Fernando)

Much appreciated for the driver, certificate and link, I installed it and got slightly worse stats, so have rolled back to the phison driver which regained the slightly lost speed from the Mod+cert driver. Just need to grab a new motherboard and CPU to unleash the true speed of the drive! 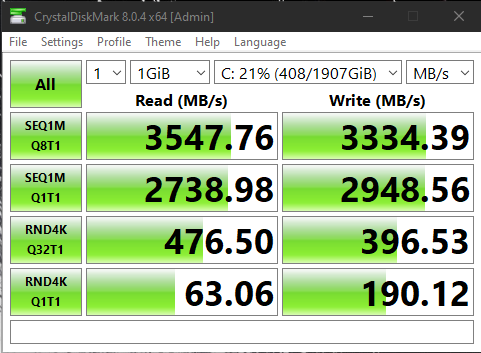