Bricked BIOS on Clevo NB60TK1 (NB50TK1 is the same motherboard)

Hi
Wanted to unlock 9th gen CPU support and unlock some functionalities of the bios, ended up bricking it… Bought a Ch341a programmer, used Programm 1.34 which detects the chip, it is a MX25L12873F (written well on the top of the bios chip), I do the usual procedure explained in the guide over here using some compatible bios from Clevo website.
Everything seems to go nicely, but after writing it completely, when verifying it, it says the data doesn’t match. Now the laptop doesn’t even turn on when I press on the power button. At least before it started the fans, nada now just the button going green for a couple of seconds then nothing.
Very depressed, anyone knows what is happening? If that can help, I tried to unlock the bios via AsProgrammer v1.4 but it writes :
"Old SREG: 01000000(0x40), 11111111(0xFF)
New SREG: 01000000(0x40), 11111111(0xFF)"
And get stuck. I can use program 1.34 and tried to rewrite different bios but the same thing happens every time. I’m using the clip to connect to the bios, could this thing work poorly? Sometimes when I move the clip just a bit the connection is lost, it doesn’t seem to hold very well.
Thanks for hearing me out, really need help…

@Lost_N_Bios Thanks for the links, I tried CH341A v1.31 and it seemed to work just fine, didn’t have any error this time during the checking. However, my laptop still doesn’t work (just going green for a couple of seconds on the led then nothing), I put only one ram slot for the ram and cleared CMOS, still nothing.
Before trying to update the bios using CH341A, it at least made the fans run and the screen lighted before going black, I feel like the bios is not working properly, is there anywhere that I can check to see if something is wrong with it.

Also Asprogrammer 1.4/1.41 doesn’t work at all, giving me errors on everything, can’t even detect the chip, but CH341A V1.31 works perfect for some reason. The clip is perfectly resting on the pins.


Can read on Asprogrammer but everything else gets stuck. 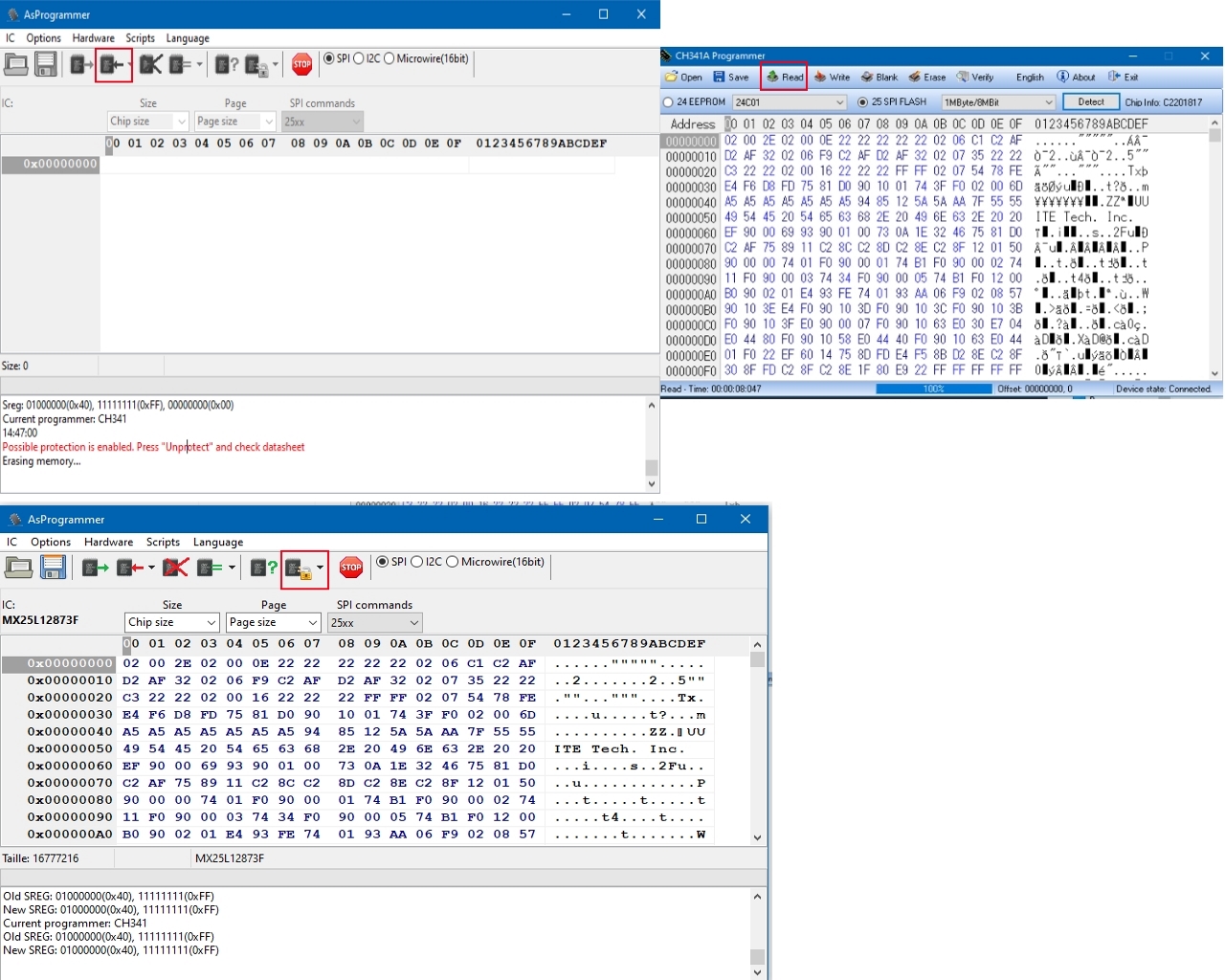