Specs of my laptop are as below;

I want to buy one of the following processors but I am not sure which one will work.

I would appreciate it if you could tell me which AMD processor supported by the BIOS V1.19

s1g1 only of course

EDIT: Sorry, by bios file cant tell no more info, by generation i would bet till the TL-64 (90m), higher u may know already its 65m.

Also, Is it possible to update the microcode of bios to be compatible with TL-66(TMDTL66HAX5DM) and TL-68(TMDTL68HAX5DM) ?

I see but why only 1 CPUID appears in the MCExtractor program? 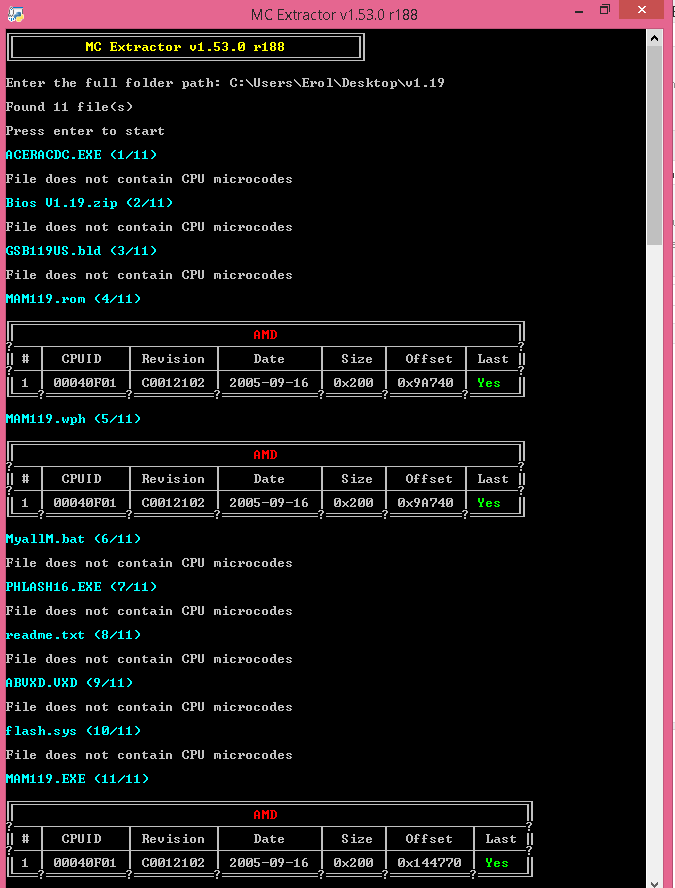 It’s AMD microcode. So one microcode can be suitable for many CPUID.
And in some cases microcode isn’t required at all.

Microcode in this BIOS is used for ES CPU only.

First of all thank you very much for quick reply

Why it’s not possible?

As I already said CPUs with Tyler core don’t require any microcode.

Thanks, I would like to ask one more question,

So, TL-68 released after bios was released

Could this cause bios not to recognize Tl-68?

Could this cause bios not to recognize Tl-68?

As I said: only real experiment can help.

So, TL-68 released after bios was released

Could this cause bios not to recognize Tl-68? and if it’s not supportted by the bios, is there have any way to add TL-68 microcodes to Bios v.1.19?