Another curiosity where I need your help/advice: When I install Win10 and use Lenovos advised Intel Chipset Device Software (9.3.0.1021), it installs a device called Intel (R) 7 Series/C216 Chipset Family SMBus Host Controller - 1E22: 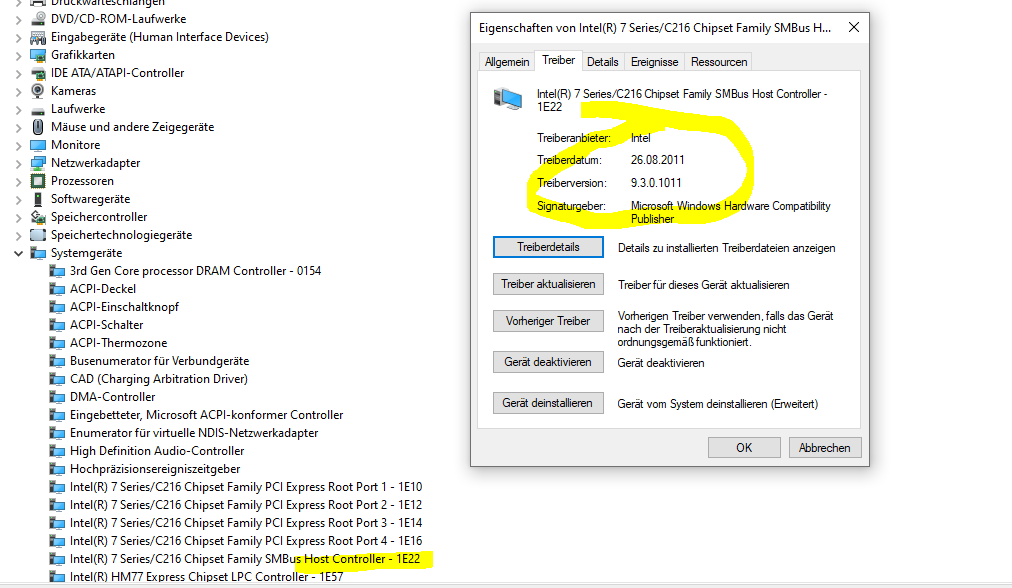 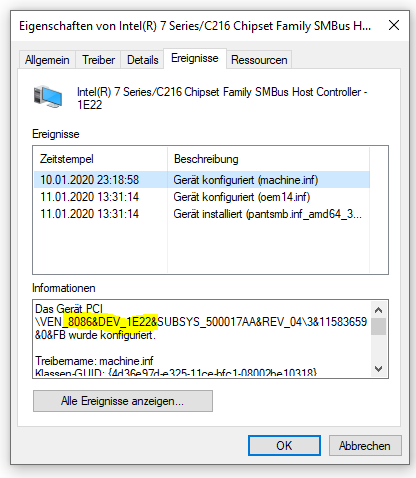 Then I go on installing some other drivers. After installing Synaptics/Ultranav Touchpad driver the SMBus with DEV_ID 1E22 suddenly gets "hijacked" by Synaptics: 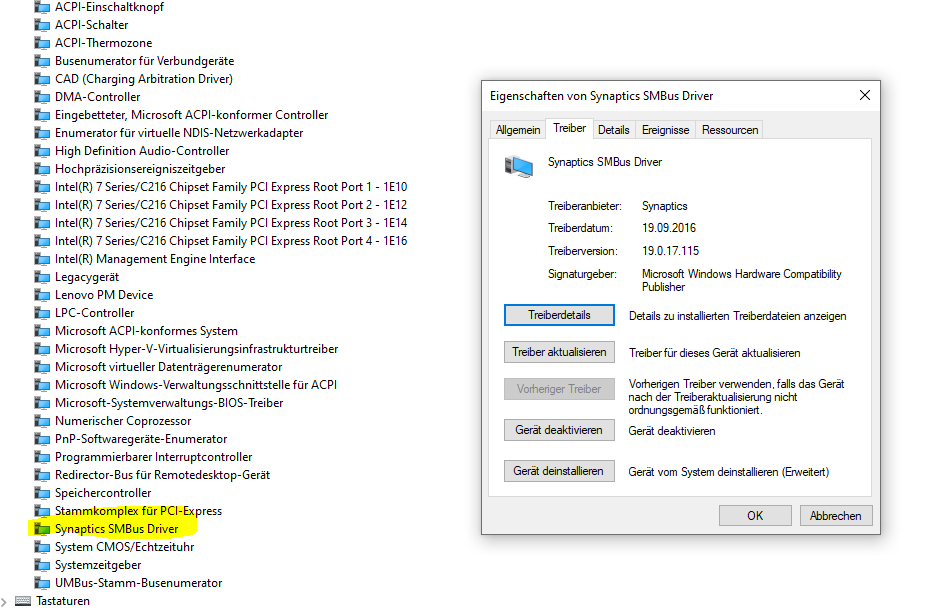 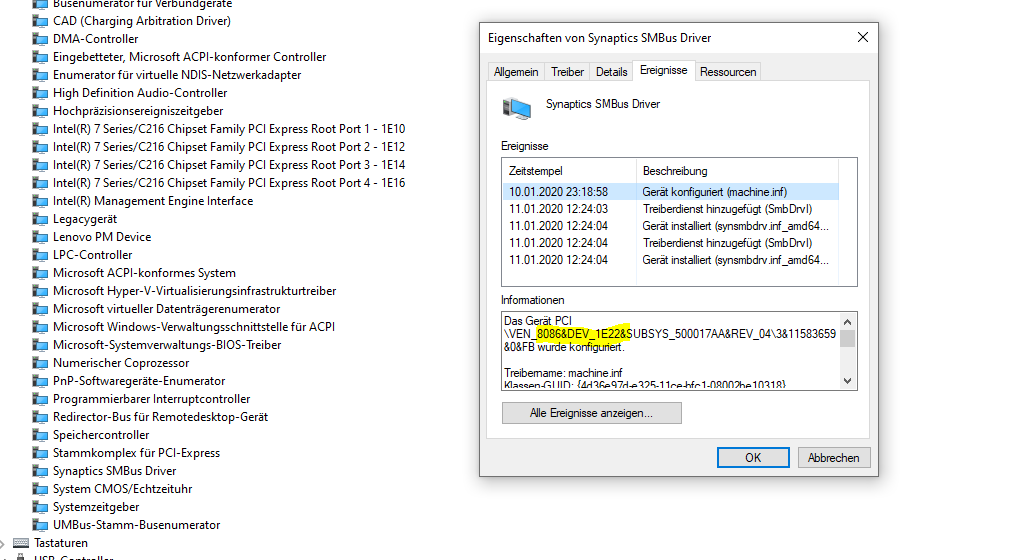 That’s weird. VEN_ID 8086 is by Intel - so how can Synaptics Touchpad driver take over this device??

@pustekuchencake :
It is the Windows in-box MS INF file named machine.inf, which configurates the OS specific management of many third party devices.
Usually the Intel Chipset devices (except the Controller ones) neither use nor need any real driver (= *.SYS file), but this is obviously not valid for all of them.
If you want to know, which files are currently managing a specific device and who is their manufacturer, you should do a right-click onto the listed device and choose the options “Properties” > “Driver” > “Driver Details”.
Please check the version and manufacturer of all shown “driver” files. I doubt, that Synaptic’s Touchpad driver has “taken over” an Intel chipset device INF file.

Here are the results: 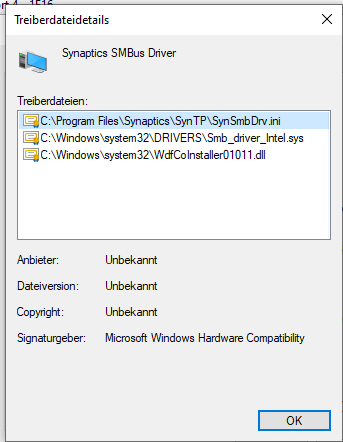 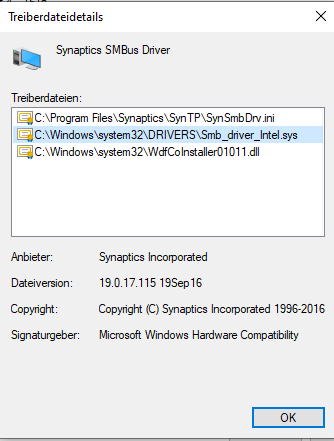 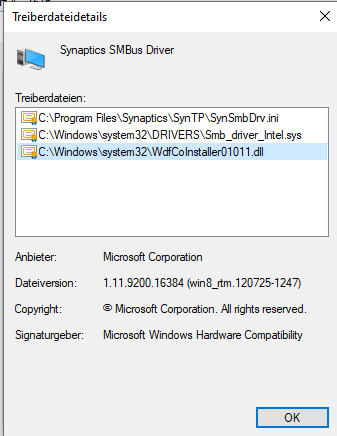 But in the end it looks like Synaptics has taken over the Intel device. Or what do you think?

But in the end it looks like Synaptics has taken over the Intel device.

That is correct and that is why the Synaptics driver has been named by Synaptics “Smb_driver_Intel.sys”.
I repeat: The Intel Chipset Device Software does not contain any real driver (= *.sys file), just text files written with an editor.
The specific Intel Chipset INF file for Intel 7-Series chipset systems is named "PantherPointSystem.inf and supports 31 different devices by giving them - if present and not named by another driver - a meaningful Intel name. One of these supported 31 devices is the “Intel(R) 7 Series/C216 Chipset Family SMBus Host Controller - 1E22”.
Usually the Intel SMBus doesn’t need a real driver, but the Synaptics touchpad of your device needs one. Since Intel hasn’t compiled a real SMBus driver, Synaptics has done it.
Consequence: The previously shown “Intel(R) 7 Series/C216 Chipset Family SMBus Host Controller - 1E22” has been replaced by the name “Synaptics SMBus Driver”.