Recently I read the datasheet document for 11th generation Core Processor UP3 platform from Intel and found something interesting: though only TigerLake H45 platform is offically allowed for BCLK overclocking, Intel still mentioned overclocking capabilities for UP3 platform as all TigerLake processors include a PLL which does not affect PCIe components when overclocking.
[[File:??? 2021-10-08 231246.png|none|auto]]
I have a Lenovo Yoga Slim 7 Pro with i5-1135G7 processor and have got its BIOS unlocked with this method:

The IDs are organized into a Table at affset 0x2E800 / 2E1C0 , injecting mew ID into it , then they will be visible too.

When explorering the advanced menu I found two ways that might affect BCLK values:
1, (Visible in BIOS) Advanced - BCLK Configuration 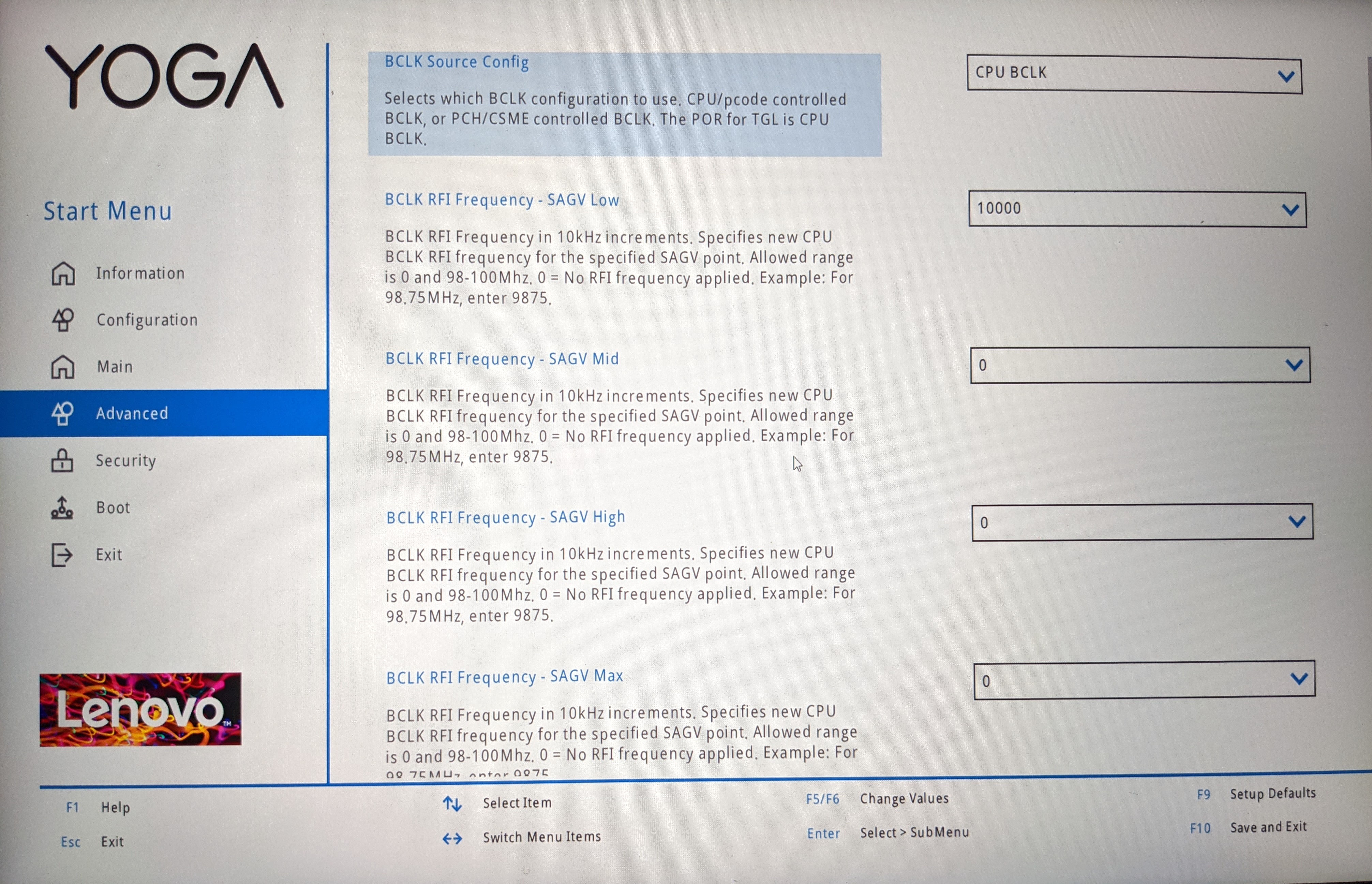 Here you can adjust BCLK values specified by SAGV, but maximium value is 10000(100MHz). After setting all of them to 10000, they do affect actual BCLK and I got the frequency a bit higher(100.0-101.5MHz).
2, (Invisible in BIOS, but can be found in H2OUVE) Advanced - Overclocking Performance Menu

The child items were still invisible, so I exported setup csv and found them:

I’ve tried to modified other columns of items but not work except the [Current Value]. So I modified ‘OverClocking Feature’ to ‘Enabled’ and ‘CPU BCLK OC Frequency’ to ‘10150’(101.5MHz), just like this:

And then re-imported to BIOS file, flashed back with a programmer.
Unfortunately, BCLK was still around 100.0MHz

I don’t know what to do next. H2OUVE seems to read only [Current Value]. I tried to set the max value of ‘BCLK RFI Frequency - SAGV’ to 10500 but after import and re-export the max value’s still 10000.
Anyone has a good idea? Probably hex edit is needed. 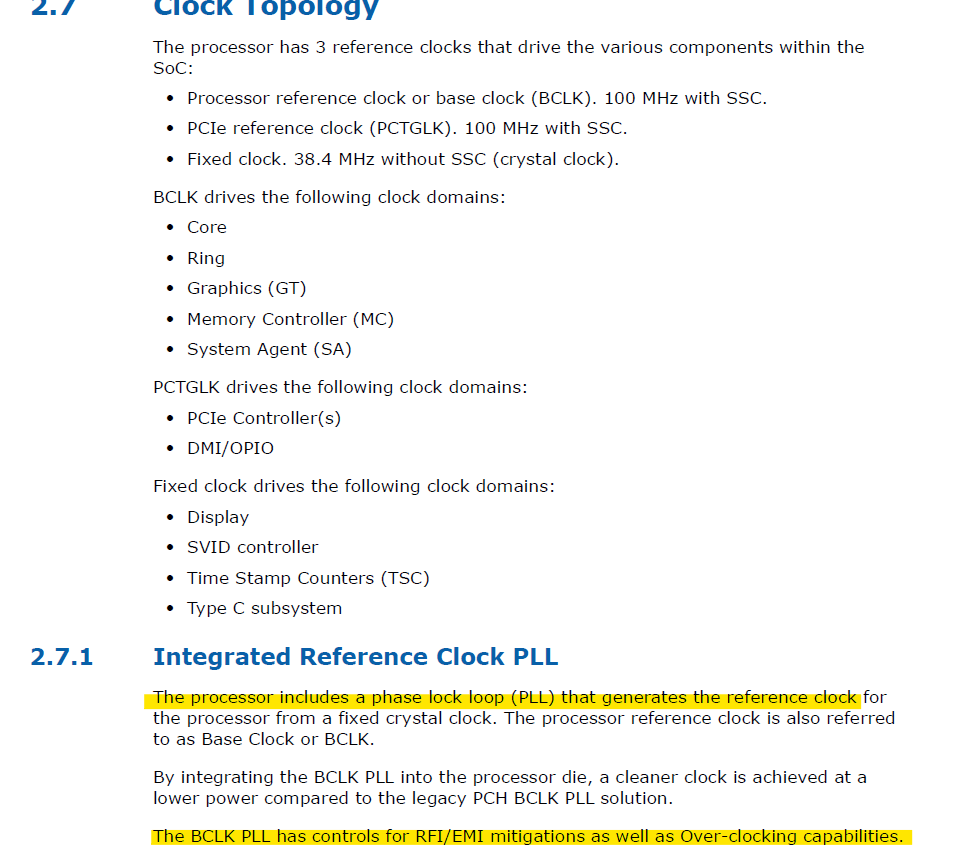 Here is the BIOS region: