How to find DVMT value in MSI U100 bios dump.

Recently I decided to just start out modding bios on older hardware first after doing some reading. I managed to do some bios modding and actually managed to use AMIBCP program to allow some unlocked options that are usable, anyways so far I can’t find anything related to the IGPU and the DVMT values unlike other machines so far. I have both a bios dump with my mods fully working surprisingly and the original dump. Shocked at how well it runs windows 8,1 despite it having 1gb of ram and a intel n270 which is basically a pentium 3 with newer instruction sets, also has the same performance of a intel pentium 3 running at 1.4 ghz. Surprisingly the flash size is only 1mb but it’s from 2008 so

Tool similar to UEFI tools for legacy systems with gui or detailed instructions/documentation.

Images of it posting and hardware fully working below. 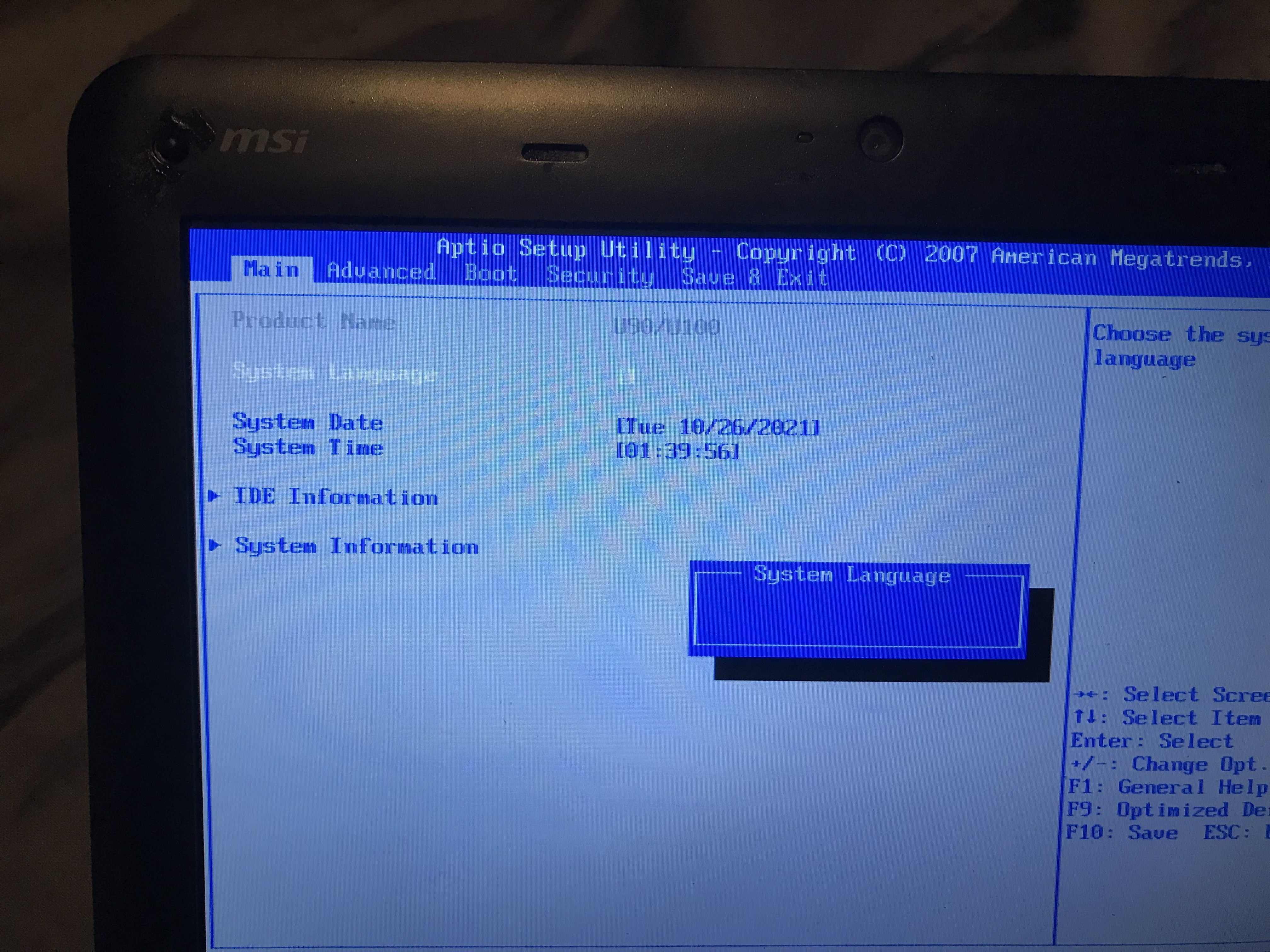 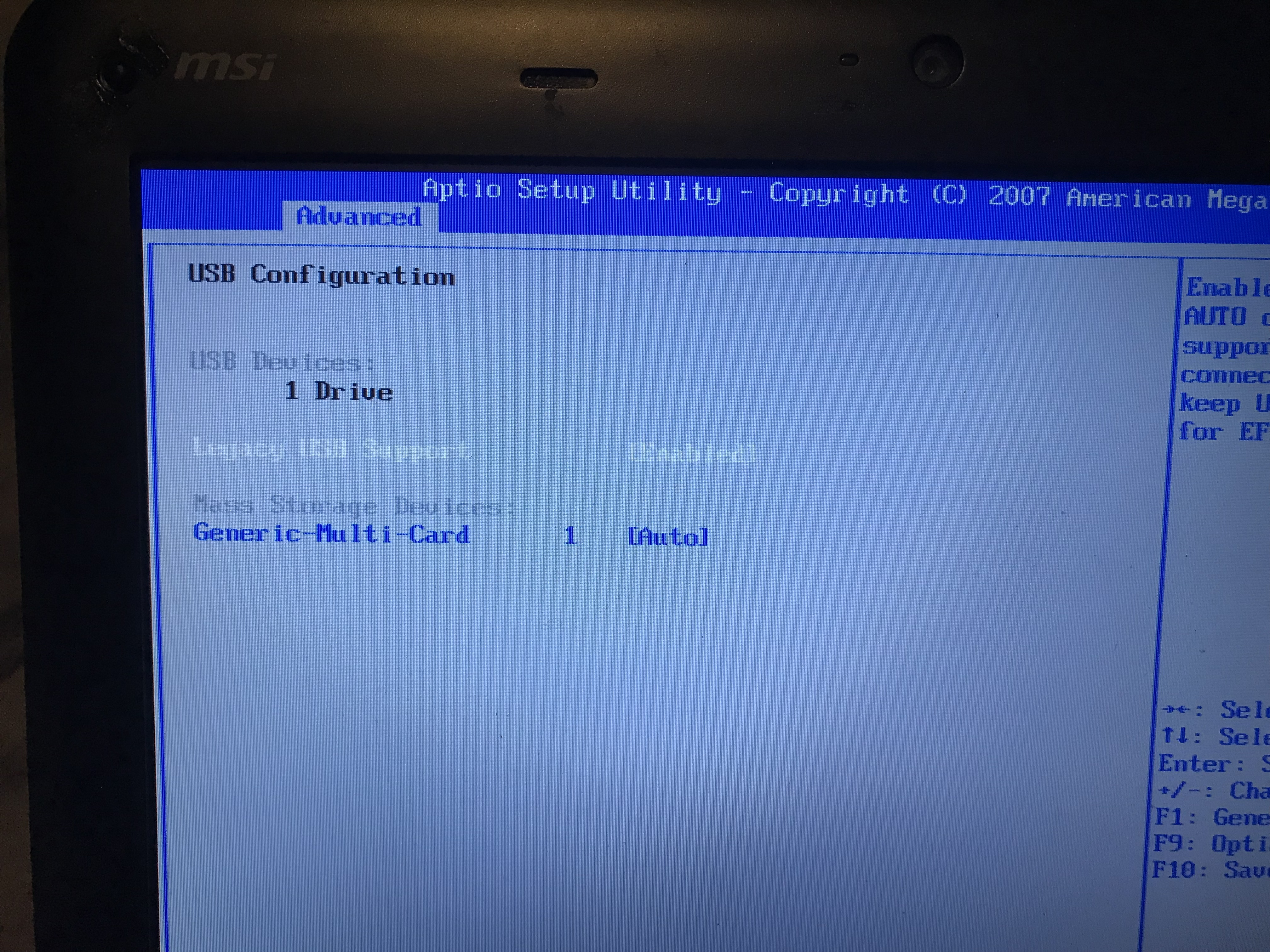 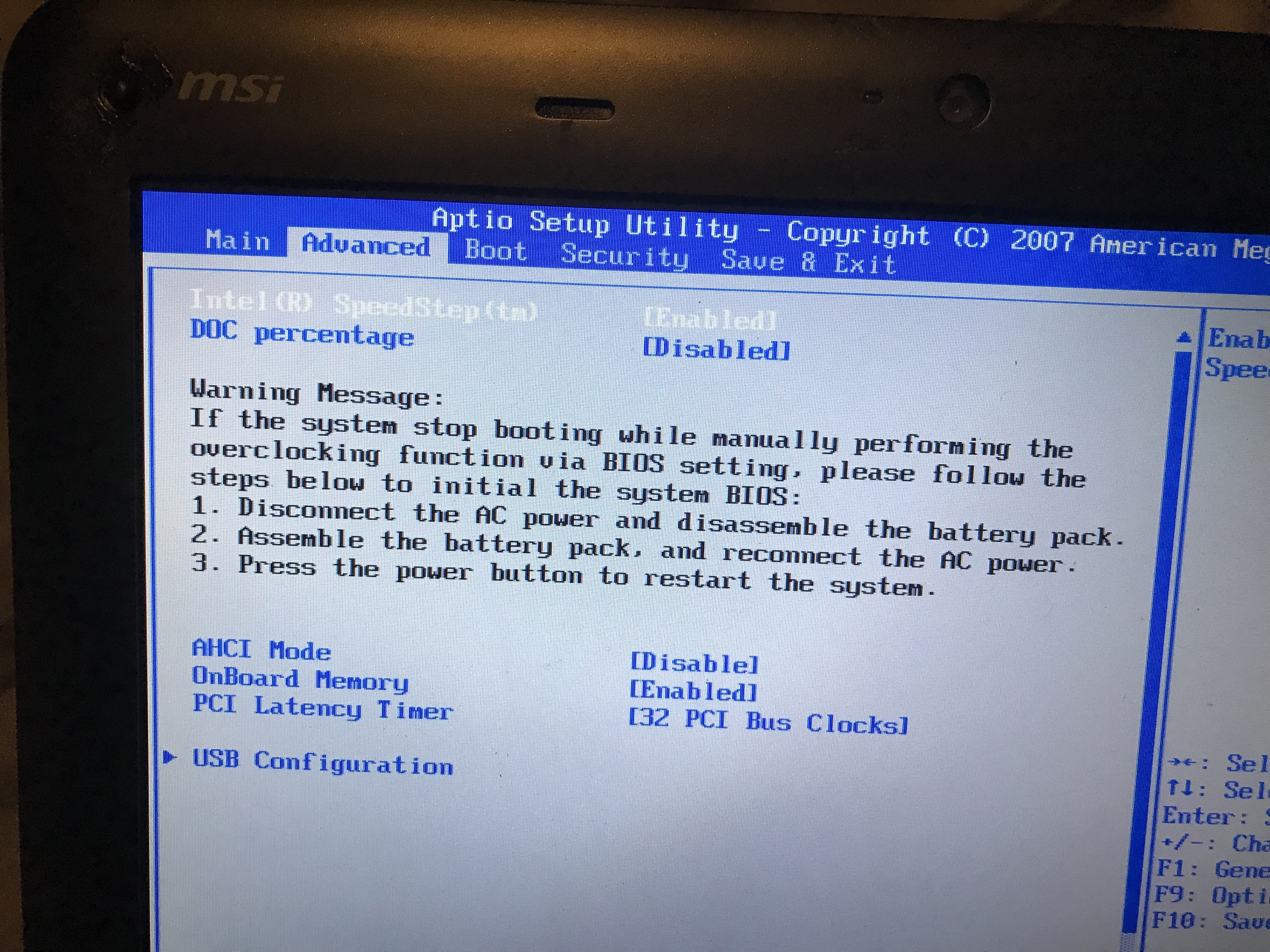 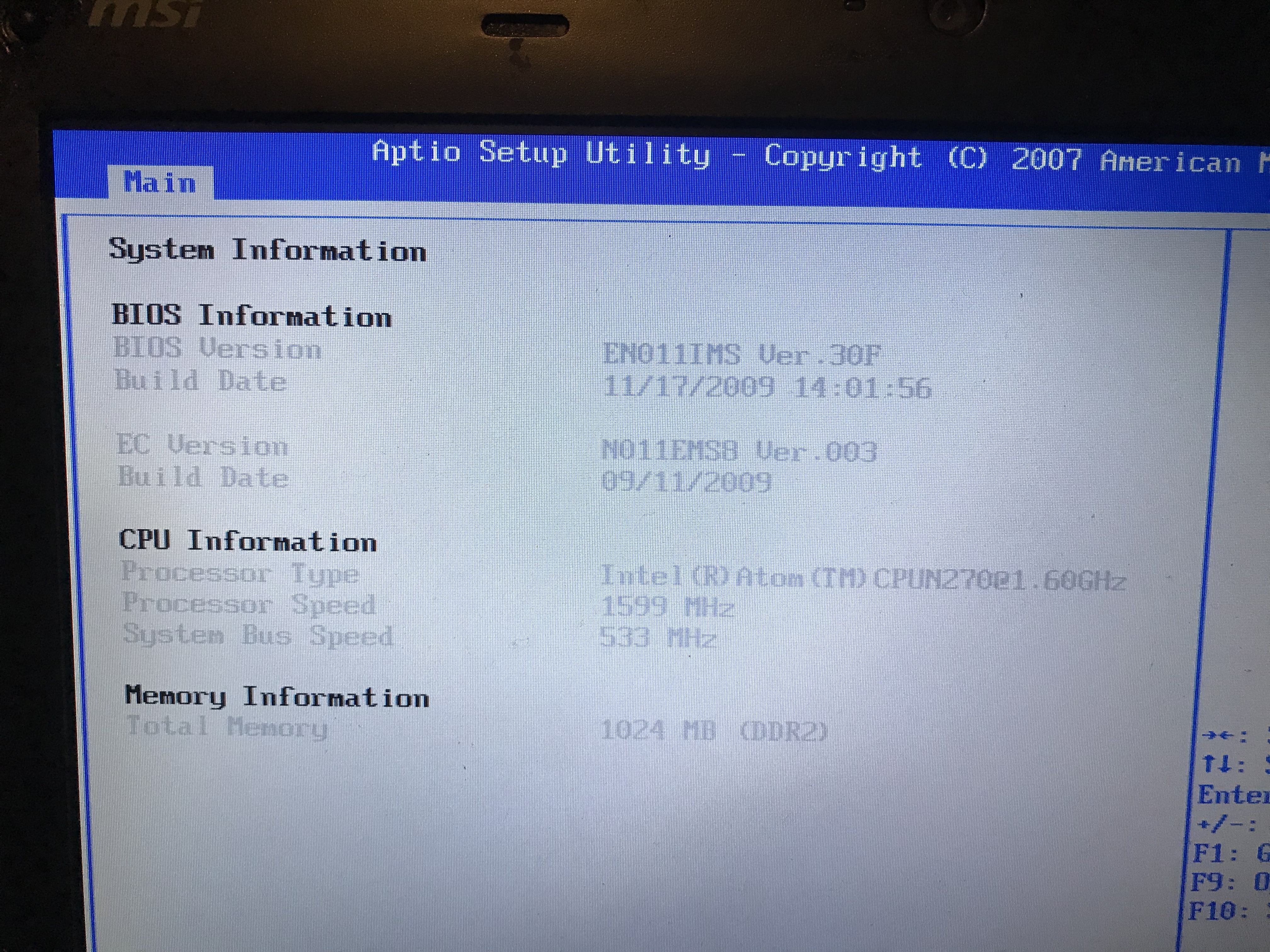 I know this is quite old so I don’t know if anyone is willing to help me.
I mean could some windows xp gaming be done on intel gma 950 64mb?

could some windows xp gaming be done on intel gma 950 64mb?

Such question should better been asked within the Sub-Forum about Windows XP.

I was also asking how I can find the DVMT value in the bios code or strings so I can either expand it or make in accessible via user. I mean the windows xp question can definitely be asked in the other forum mentioned for sure. If you have any clues or tools other than AMIBCP tools like something similar to uefi tools but for legacy bios I would be welcomed to try.