i’ve had no luck using atiflash 417 and trying to force the last working rom. ran across a post in this forum about shorting out pins 1 & 8 of the bios chip, yet i’ve had no luck in finding and schematics or images identifying which chip is the bios.

any help is greatly appreciated. 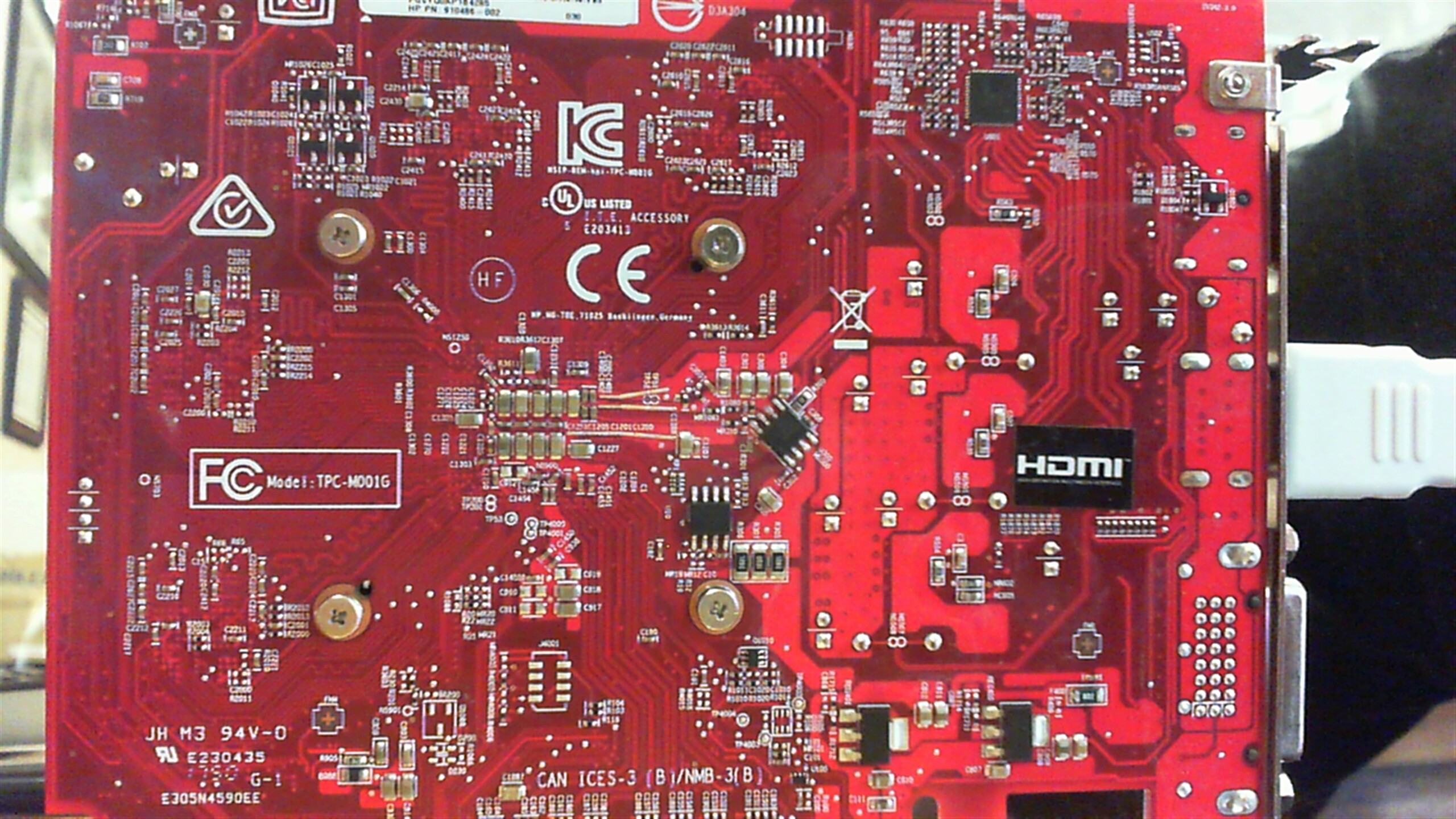 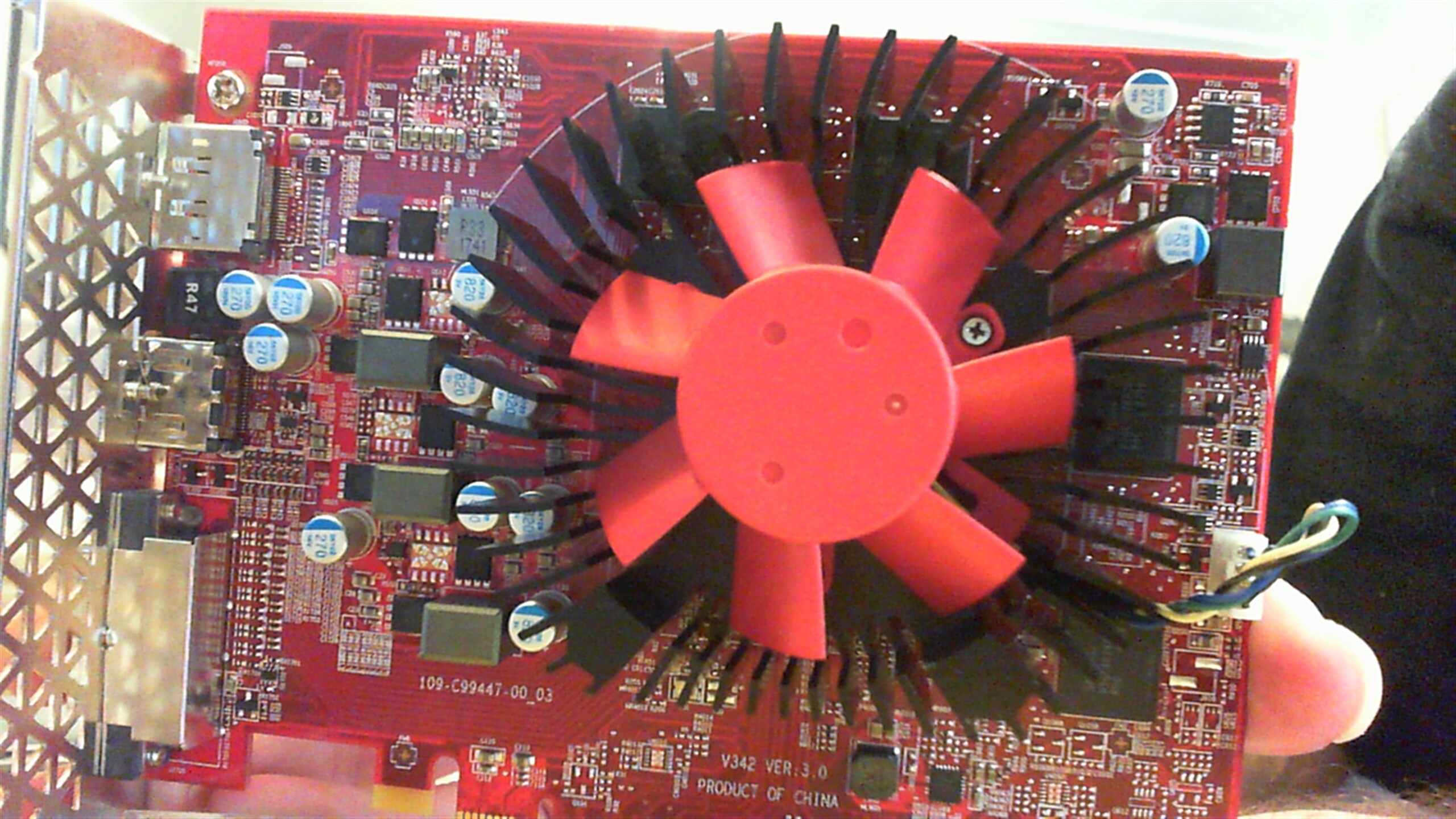 @darool - Images not good enough to tell for sure, could be either of the two in middle on back. Or, could be one in front on top corner
Give me the ID’s from all these, then I can tell you. It could also be under heatsink, you’d have to remove it and show me.

Shorting BIOS isn’t going to give you “last working rom” all that will do is short the BIOS from loading, and possibly kill the card and or BIOS chip if you do it wrong (not suggested)
Get a programmer and program in the BIOS you want, or do that with ATIFlash while booting from another card. You may need to use new version called - amdvbflashWin.exe, at least that is what it is called in latest version I grabbed in February = version 2.93
Ohh, I see it also has 4.17, I guess that is DOS, sorry for my confusion

Use amdvbflashWin.exe in windows while booting to another card

* Edit, never mind above, I wasn’t confused, I stuck 4.17 in my folder for 2.93, not sure where I grabbed it or why, maybe that is latest DOS, or TPU used to include it in there in the past but not now, not sure?
Anyway, use the amdvbflashWin from another card and you should be set. 4.17 is maybe too old, if it’s giving you hassles, it’s from 2013

well, i found an easier way of identifying the bios instead of just guessing. even with a magnifying glass, it was a struggle to make out any of the markings on 3 different 8 pin chips that mimicked the look of other’s designated bios. i rather figured the marking were engraved and not just printed on the chip, so to test my theory, i pressed a piece of chalk into the face and then wiped it clean. sure enough, the chalk found it’s way into engraving and it became obvious w/ a little help from google to figure out which one was the bios.

albeit, up onto this time, in desperation, i have been arbitrarily using the paper clip method on all three chips. finally pulled out some solder, when i knew which chip i was dealing w/.

the fan still spins and my system now boots using the on-board card. yet, even with every pcie bios setting to the on state, i don’t get the “adaptor has failed” statement. tried it several times w/ the dos version of atiflash. i just keep getting ‘adaptor not found’ error. i believe the string i was using was: atiflash.exe -f -p 0 c:\bafa.rom <i’m guessing at the directory for the rom, the root directory doesn’t sound right). the -i handle produces the prementioned message, adaptor not found.

@darool - Put ATIFlash and BIOS rom in same location, then run command prompt directly from there, so you are not using C:\ in your command, this applied to DOS or windows (amdvbflashWin - Use this in windows).