Hello I have a misunderstand things for which UEFI-BIOS is supported this i7-6400T. I found one motherboard Asus Z170-A and buy it, will come tomorrow. On other forum overclockers.ru said that BIOS 2202 support stepping Q0. I do compare 2202 and 3202 latest and I found that 506E1 rev1E is not touched till last version 3202, even by UBUtool and same russian site there is newer 506E1 rev2A, that also support Q0-QHQG. With UBUTool I update all microcodes. So my question is will I have some troubles to run this CPU on that Asus Z170-A no matter with which version will come? And will I have trouble with mine updated version? 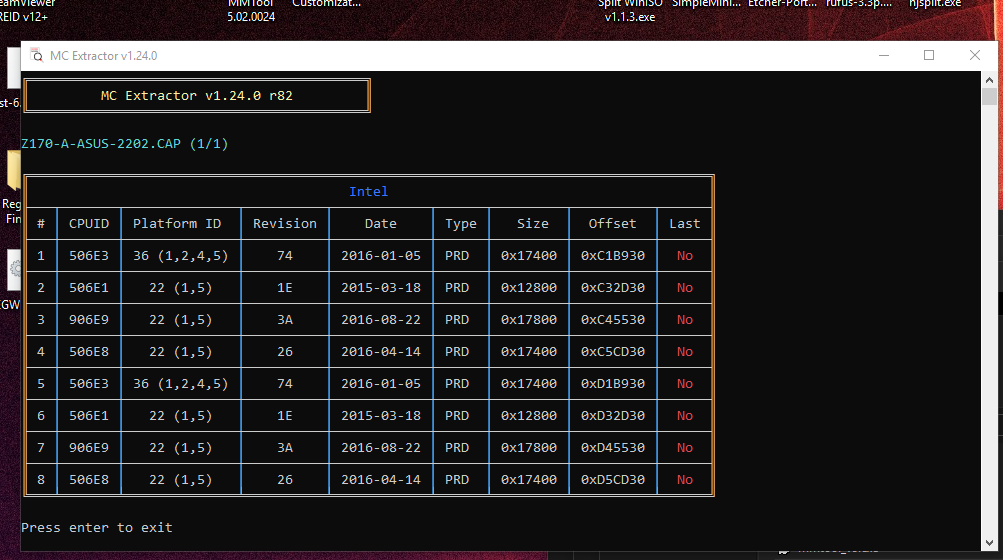 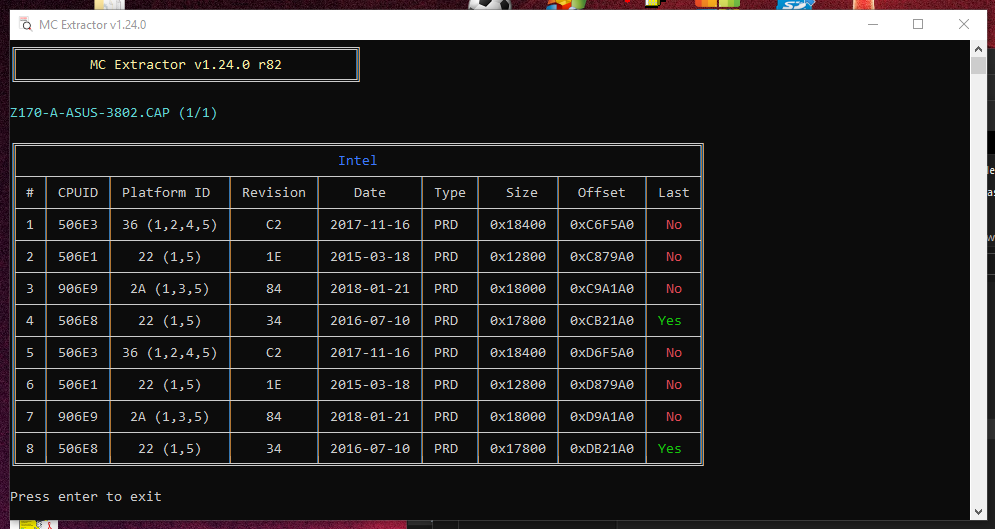 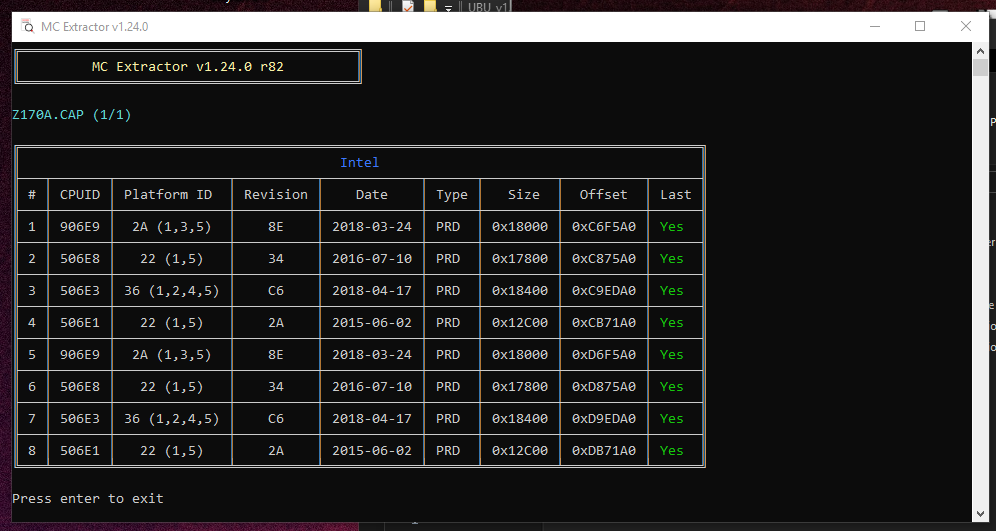 Are you sure CPUID is 506E1? If yes, then all those BIOS look like they should support it, unless you have info/knowledge that a certain microcode version is required (Older or newer), or certain Intel ME version only.
I think it should be OK with updated, but you never know until you test or find someone else saying they tested. Sometimes you have to use older microcodes, or older Intel ME etc.

If you have issues, you may need 1D microcode, I found these two CPU-z validations using 1D (there is MANY more submissions at HWBot, you’ll have to check them all if you want, and even if they are all using older that may only be because they used old BIOS or date os submission etc)
http://valid.x86.fr/mi7fn1
http://valid.x86.fr/fkhzda
https://hwbot.org/hardware/processor/core_i7_6400t_es/

Asus I think they only remove A0 /506E0/ stepping support and for good Q0 will be in tact, the guy that I get my CPU tell me that will need older BIOS, that’s why I ask for that, but his experience is on GigaByte mobo. My research compare all the BIOSES and from first release till last 506E1 is untouched also not updated with 2A, 02-06-2015. So I see that Asus are more friendly to this CPU 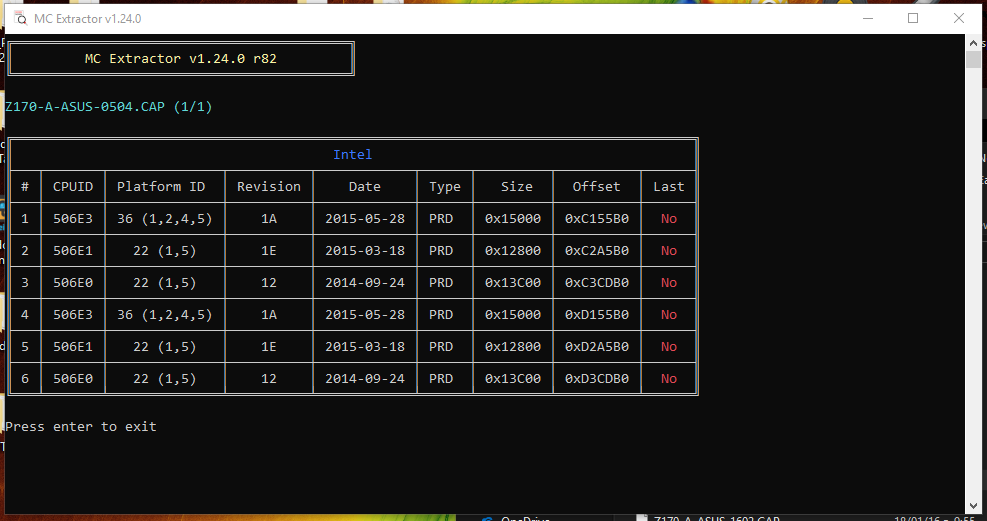 For anycase still got one G4400, if things go wrong, but I believe all should be ok. 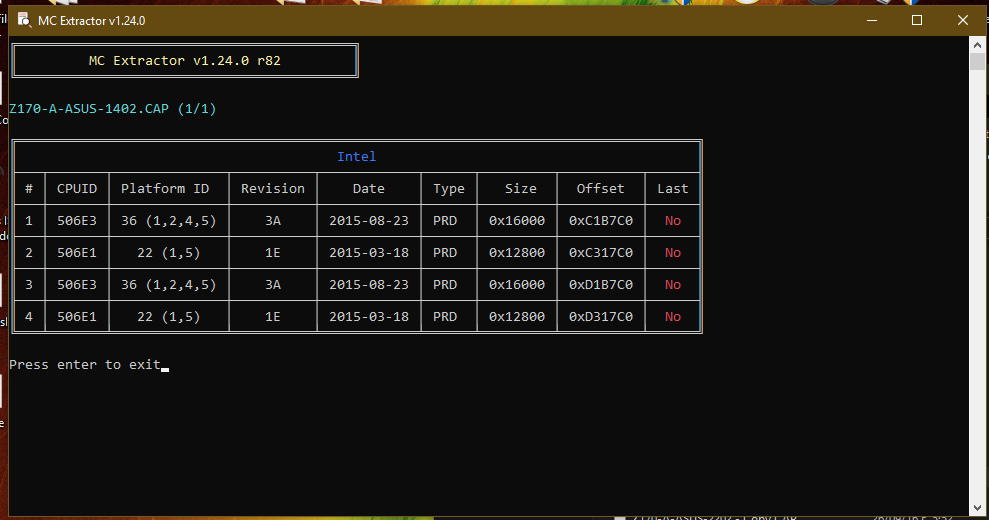 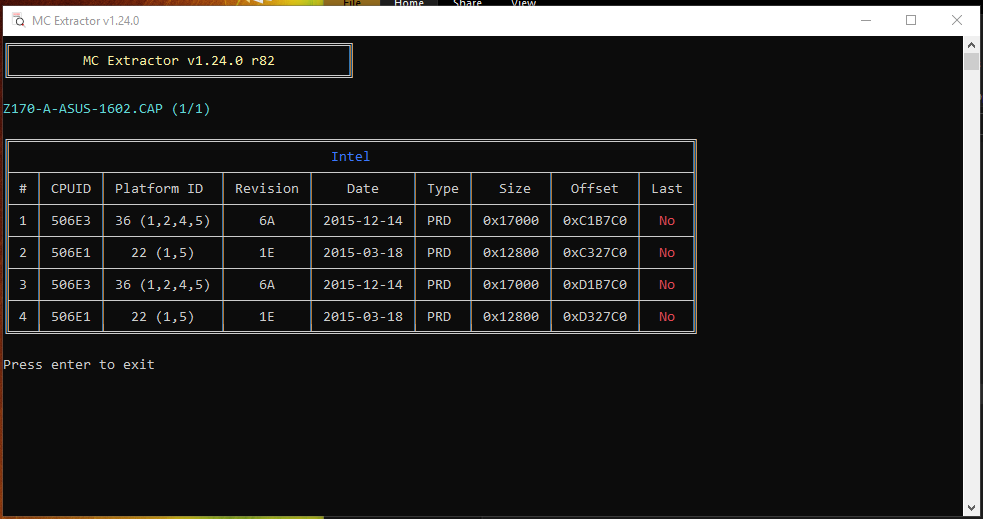 Yes, often in new BIOS, they sometimes remove the old ES microcodes (Ending in 00, 01, 02 usually) I think you will be OK! If not, yes put in other CPU, then mod BIOS again with other microcode and retest.

I also asks for this in overclockers.ru in russian with google translate. The answer was that CPU microcode load after start of CPU and in BIOSes above 2202 QO/QHQG/ CPU support is removed and mobo will not power on, I still don’t understand this, but it’s seems CPU support is also coded in BIOS itself and don’t rely on microcode. And maybe this is hardcoded at least for me now

Yes, some BIOS might have other CPU allow/disallow lists that block CPU’s, but not usually. Incorrect Intel ME would make it seem that way possibly, like if only certain version older ME work with the CPU, but new ones block it, then any new BIOS with the newer ME would not start either (even if same old microcode was there).
So in situation where new BIOS does not work with same microcodes of the old BIOS that does work, then you need to check if ME version is same or not, if not make it same as the old one and test again. Then if that fails, there could be other lists like I mentioned first, but that is rare.

If you check with ME Analyzer, I bet between those versions they say works here these BIOS xxx but does not work here with these new BIOS even with microcode put back to match older BIOS, at that same point you will see a new ME version introduced too.
Example BIOS 1234 with microcode z works, BIOS 12345 with microcode A does not work - so put microcode Z into that BIOS and still fails. I bet at that point in BIOS versions, between 1234 and 12345 Intel ME version was updated, that is the issue, put old Intel ME back into 12345 and same microcode then it works again (usually)
Hope you get what I mean

Thanks again mate, I understand this, that also need to lower IntelME firmware at least as 2202 for my example and then to try 3202, if I want to use newer BIOS with improvements.

You’re welcome. Yes, often older ME may be required, which may require some BIOS wrestling or a flash programmer to get downgraded version if you’re already on a newer version ME.