I have 2 HDDs with SATAII interface. And few motherboards that I tried, both on X79 chipset (IRST + RSTe), both additionally have Marvell 9128.
Problem is that my RAID0 array is falling after several months of working fine.
Tried all integrated options - Marvell 9128, IRST and RSTe.
First, Windows 10 starts lagging or BSODing. Then I’m checking whole array using HDDScan or HD Sentinel etc. These utilities show me a lot of bad blocks on array.
Next, I put array apart and run WD Data Lifeguard Tools 1.36 to check each drive separately. Results are that sometimes even “Quick Test” fails (status code = 07). I do “Full Erase” of each HDD with this tool and VOILA! both hard drives are in perfect condition (both “Quick Test” and “Extended Test” passes, and 0 “reallocated sector count” are in their S.M.A.R.T.)
As you can see - HDDs are fine, but these controllers breaks the array very fast. They also breaks HDDs temporarily until I do “Full Erase” for each of them with WD DLG Tools.

Why does Intel and Marvell make such RAID support in their controllers? Or is it my mistake somewhere?

I suspect, that it is the Win10 in-box RAID driver, which is responsable for your problems.
This is what I recommend to do:
1. Use the Intel SATA ports for the RAID array and not the Marvell ones.
2. Set the RAID mode to RST and not to RSTe.
3. Create a customized Win10 Image, where you have replaced the in-box Intel RAID driver by the desired one. You can find a guide about how to do it within the “Storage Drivers” Sub-Forum.
4. Do a fresh install of Win10 onto the freshly created RAID array.

Thanks for welcoming!
1. Can I ask why do you advise IRST instead of RSTe? Some people in other forums said that IRST is more preferred for performance, while RSTe is more for a reliability (your opinion compared to them is more honorable, of course).
2. Is it possible to avoid altering of Win10 image by providing this driver upon Win10 installation? I remember that Windows had such ability, to load drivers while installation is in process. (I ask this because I have a license disk of Win10, in cleanness of which I am sure. But after having an installation source that is on DVD-R… I can’t be sure that it wasn’t altered but someone else, like those who allow themselves to do a MITM attacks.)

@Wanko_Controller :
to point 1:
According to the feedback I got from X79 RAID0 users the RST drivers v13.1 are the best choice. Nevertheless it is possible, that you will get other results (each system configuration is somehow different).
to point 2:
There is no reason to modify or delete your personal Win10 Image. You can create a customized Win10 Image without touching the source one.

@Fernando
Thanks!
I understand that my original DVD will be still available. I’ll create a separate customized installation image.
But what I really want to know, is about this “Load driver” button (see screenshot). Will it do the same thing as creating customized image? 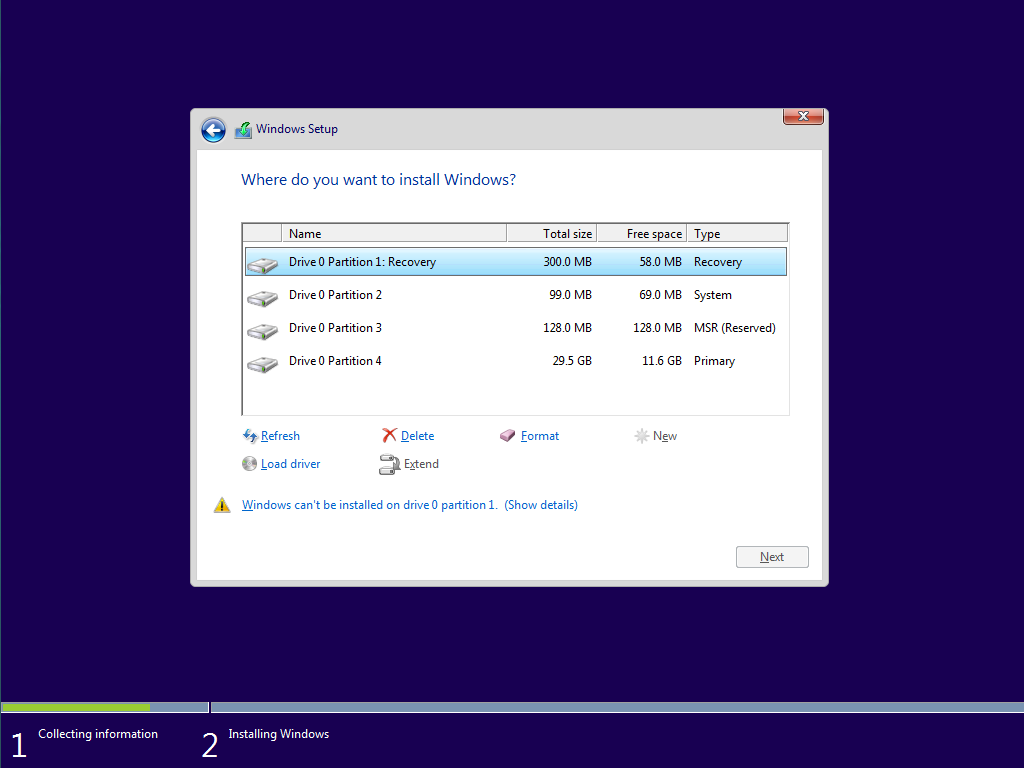 This button will load driver that will stay only for installation process (in RAM)? Or it will be installed with Windows10 (on HDD filesystem)?

@Wanko_Controller :
The “Load driver” option will do theoretically the same thing as the integration of the related driver, but sometimes the OS Setup “forgets” the loaded driver during the OS installation. That is why I recommend to integrate the required storage driver into the BOOT.WIM and INSTALL.WIM.

This button will load driver that will stay only for installation process (in RAM)? Or it will be installed with Windows10 (on HDD filesystem)?

It is the second option (if everything works fine).