This is the subject: So, yesterday I started banging my head on a brick wall:

To check if the laptop and previous PCs had M.2 slots compatible with PCIe drives I took my other Sabrent Rocket NVMe M.2 drive and tested all of them: all PCs recognized the PCIe drive, even the EliteBook (!) while holding it at an angle because the Sabrent is a 2280 and the slot is a 2260/2242.

I then started scouring the internet, and saw a couple of post regarding a possible firmware update for the Dell branded BG4, altough those are the 2230 and not 2242 (respectively KBG40ZNS and KBG40ZNT), which supposedly mitigated those compatibility issues.
Upon further research I found the Lenovo update package which included my SSD part number, however it didn’t like the OEM FW which came on my drive: AELA0105. After digging a little more in the Lenovo package there was a list of “approved” base fws, so I tried adding mine, and lo and behold:

I had to fiddle a little bit with the executable as it wouldn’t let me update the firmware without a battery. In a desktop computer.
Found an older executable, from the Lenovo chinese website (package name FWNVA40, for anyone interested), and added my drive to the list of supported drives.
Fingers crossed (since I was doing an unsupported upgrade…) aaaand here we are with 0109AELA: Did it make any difference? No. Still not recognized in any of the “old” PCs

The only odd thing I noticed is even after the FW update it’s still recognized as a PCIe 2x device, while on the PCB there are 4 lines which suggest it could run at 4x: Also, some online benchmarks quote way faster speeds that a PCIe 2x couldn’t do; mine on the AMD board does this on the last firmware: 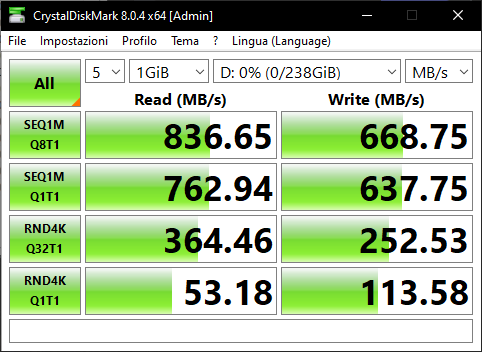 Am I missing something here? Why on earth does this SSD work only on one motherboard (the newer, BTW) and not on the other three?
All of them recognize PCIe NVMe drives, just not this Toshiba/Kioxia.

TL;DR: bough a cheap ass NVMe SSD, can’t get it recognized on older PC which supports NVMe drives even after fw updates. Speculation it may also be software limited to PCIe 2x?

As proved that is not a FW issue of the drive itself then all that remains…(Internal LENOVO lock!!!)

Its hardware generation chipset (8 Series Haswell) limitation and/or also the design of the laptop motherboard in internal bus links/speeds.
Its the same for users of Intel 6/7/8 and some 9 desktop motherboards (NVMe mod), only achieve full PCI3.0 x4 on their NVMe when using the 1rst PCIex16 slot and iGPU, other than that, due the hardware generation design, their all limited to PCIe2.0 x4 because they use the 2nd or following ones slots and have a GPU in use.

EDIT: My friend this is only my opinion, i also buy some OEM drives but we are all in the same boat, its their own (LENOVO) custom hardware not a retail product. I’ve seen your issue plenty of times and most of them stays as it comes, some persistent users and some luck can mod of find FWs or mod mb bios but only a very very tiny percentage, so sell it and be more carefull next time you buy used NVme.

I had (SOLD it asap) a more recent HP notebook (KabyLake) that the M.2 only accepted PCIe SATA not NVMe, and was confirmed by HP and so much more examples around the web… its their own machines design, you buy it cause you want, the same applies when we take a used OEM drive to skip some $… we take the risks, but again this is only my point of view and opinion. Good luck.

Oh i forgot… i have now another HP CofeeLake that came with HDD and empty NVme M.2 slot, bougth a used Intel HP branded 660p (Part of their HW upgrade options)… only runs at PCI3.0 x2…another to sell…lol

PCIe2.0 x4 would be sufficient, here I’m limited to PCIe2.0 x2 with the Toshiba on the AMD system!
Also, under Haswell/Broadwell it’s not recognized.
With another drive I can obtain PCIe2.0 x4, as it should be on the second PCIe slot: 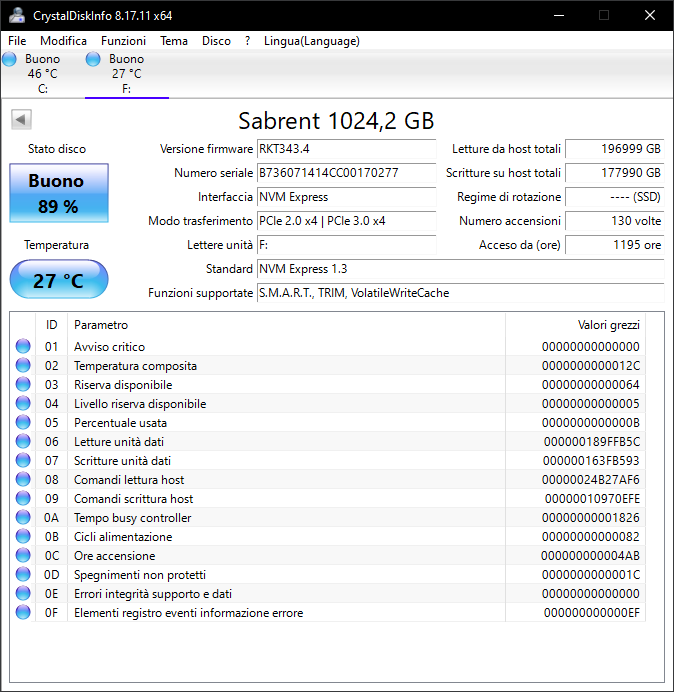 Bandwidth aside, the Toshiba is not getting recognized in my Haswell desktop and in my Broadwell work laptop. And it’s this that is driving me nuts.

Btw, I confirmed for the second time that the adapter and slot works at PCIe2.0 x4 with another SSD: 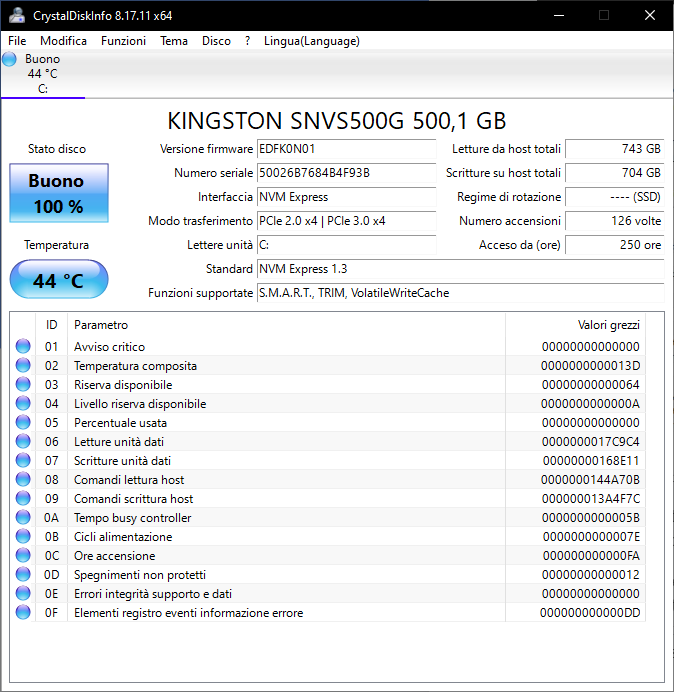 @Conti
Welcome to the Win-RAID Forum!
By the way - your SSD detection issue has much more to do with the Device Management than with the topic of the Sub-Forum “NVMe Drivers”, where you posted it. The NVMe driver is only needed and usable for the management of the NVMe Controller, which is inside the SSD. The detection of the SSD itself is the task of the Disk Management of the OS and its in-box MS driver named disk.sys.
Enjoy the Forum!
Dieter (alias Fernando)