I have a motherboar from MSI

I had to update this chip with a new firmware

In the first step i had i making a dos usb stick with these data "mvf_mag" and "image"
With these parameter "mvf_mag.exe image GO -b -b" i had flash the chip.

The programm goes running and its done.
Now i have a marvel 91A3 chip. That is not good

By booting it isnt coming the marvel controler now after the bios.

In the second step i had it to flash again with a new dos usb stick.
In the root is "GO.BAT" and the folder „bin“
And in the folder „bin“ is "image" "mvf_mag.exe" "MVM.BAT" "spi_info.txt"

And now i flash the chip with theese parameters:
„GO -b –v“ the firmware
„GO -a –v“ the autoloader

In the thierd step i crash all
Now i flash the BIOS from my motherboard.
And now the marvel chip are now 9128.
By booting it isnt coming the marvel controler now after the bios.
But he is in the driver control panel from windows.


When i try to do the second step.
The flash program didnt flash the chip its came the massage

Sry for my bad english 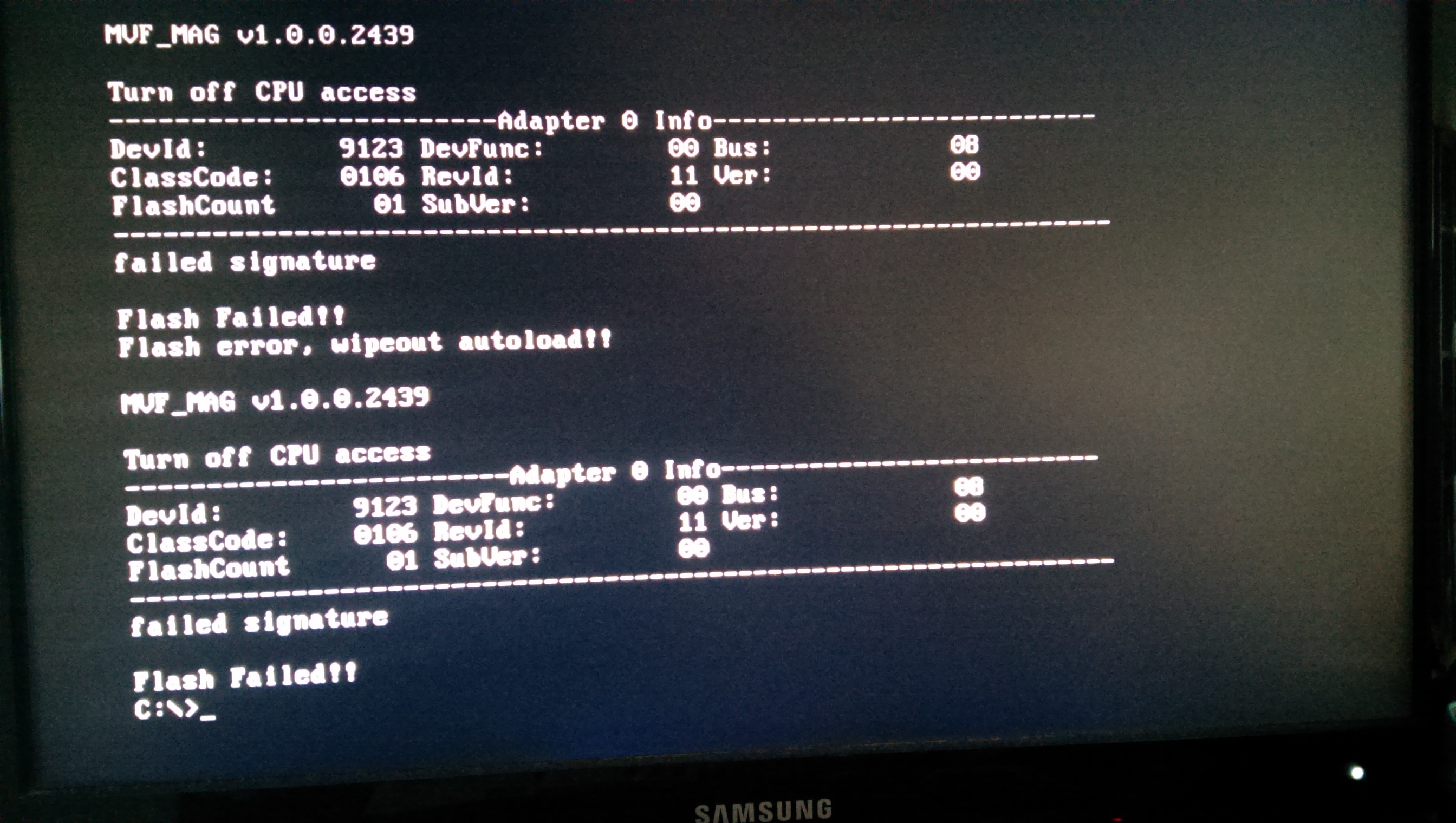 Since I am not an expert in the reparation of a failed Firmware update, I cannot help you myself, but I am pretty sure, that you will get support by other Forum members.

Your first step should have been “go -r” to backup current firmware.

If this doesn’t work, you only solution is to use a programmer to flash a 512KB image. But post back anyway, maybe there will be something else to do.