Is this an hardware limitation? Or am I doing something wrong, perhaps some configuration or defect? 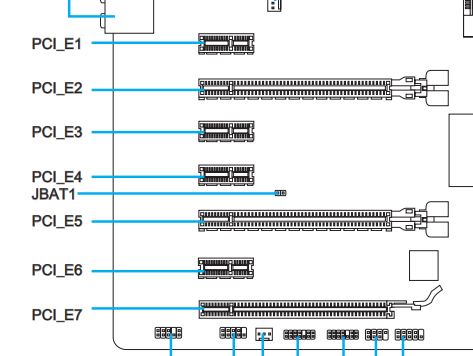 If ur motherboard setting allow it (It could be as default x4, some boards can enable this by disabling the x1 slots or some SATA ports), try to set the E7 to x4 (it may be as default x4 or x1), because ur ORICO adapter will only use PCIe 2.0 x4, no more.

It has to do with the pcie lanes. Older CPUs weren’t coded to handle the nvme hooked up directly to the CPU. Sata and all storage drives go through the chipset then DMI link to the CPU.

The CPU will automatically throttle back the lane speed if there isn’t much load on the GPU. My lane speed on the GPU throttles back to pcie 1.0 speeds when there is no demand on it. My suspicion is this is whats causing the issues with both a storage drive and GPU on the same bus.

If your running a i7-3570k it only has 16 lanes. Right away your graphics card is going to use them all. The DMI link uses X4 pcie lanes to the Z77 which it then multiplexes into 20 more lanes for the pcie slots not directly connected to the CPU. I.e.: USB, sata, audio and lan.

E2 and E5 are both for graphics cards. E2 if your running one card and E2+E5 if your using two graphics cards with SLI or Crossfire.

In your second scenario is the proper way to hook it up. E2 for a single graphics card and E7 for the nvme.

Pcie 2.0 will run at 500MB/s per lane. With 4 lanes it works out to 2GB/s which is faster than a lot of nvme drives on the market, but you need 4 lanes free for it to run at full speed. 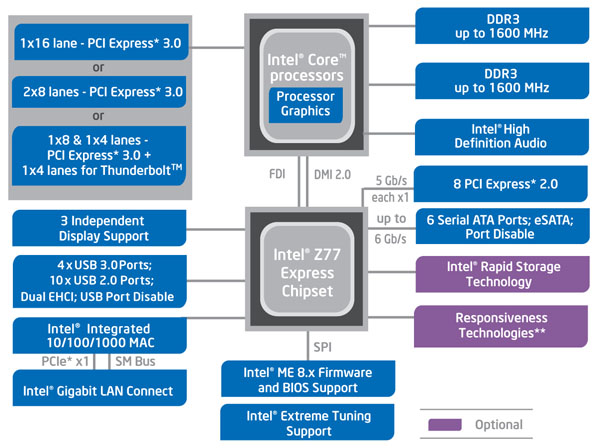 Well im sorry if my help and my words sound a bit poor to u…to my humble acknowledgment. Seems that u have it
Just to finish, no one told u that E5 is only for GPU use and its not even true.
Ur E7 slot can is a PCIe2.0 slot with a max of x4, and again unless u have a special Z77 or a special NVMe drive u wont get more of it on Intel Z77 chipset/mboard, period.

This scenario with ur current HW and an IvyBridge cpu.

Sorry i could not help u enough, Good luck.

EDIT
Private Message: I didn’t post the question. I was just trying to help. I did read the manual for his motherboard though and it says e2 and E5 are for using crossfire or SLI. E2 for single graphics card.

I know English isn’t your first language. No hard feeling.


My dear friend…im my 49yrs old…no one ever complained about my English (I do like to use phonetics, sry)… yes im not perfect as its not my native language.
I do apologise…as u were the starter of the post, i thought u needed some opinions on the subject, but i do appreciate if u were here to teach us and share ur knowledge. Cheers.

The GTX 1060 will run at X8. The issue is the combination of the X16 graphics card and X4 Nvme module. The E2 & E5 slots were meant for two identical graphics cards, or no graphics cards and just the nvme, but can’t mix them up.

Nowadays the majority of nvme SSDs are bottlenecked by pcie 2.0, here’s mine tested by crystal disk mark and AS SSD for reference: