Appreciate any and all advice and help.

Since I never had or used an AMD chipset RAID system, I am not the expert you are searching for.

Gunny say’s ur the man for all things raid!!

Who is Gunny? Do you mean Gunnar aka g-force? If yes, send him greetings from me. He lives in my neighborhood. Anyway "Gunny" was wrong regarding my knowledge about AMD RAID systems.

I hope, that you will get some advices from users with an AMD RAID system.

can you point me to the right person(s)?
also it’s Gunny1966

can you point me to the right person(s)?

Not really. Please use the search function of the Forum. I got a lot of hints after having entered "AMD RAID".

Ok, I don’t remember that nick name, but that is difficult anyway, because there are thousands of Forum members, whom I have tried to help in the past.

You would be wise to purchase a re-branded LSI card. For instance i run three Dell Perc P710Ps. They are LSI 3008 based (new), have 1gig DDR3 cache memory, and have a battery (BPU). You can source them on ebay for under $350, and are equal to the $600+ LSI card. Dell just rebrands them and takes the firmware/bios in-house. To get them to work on non Dell motherboard/systems, just requires covering one PCI-Express pin with electrical tape, and a dab of Krazy Glue. This makes its to the card will boot on any machine and not look for the specific data proprietary to Dell on the bus. 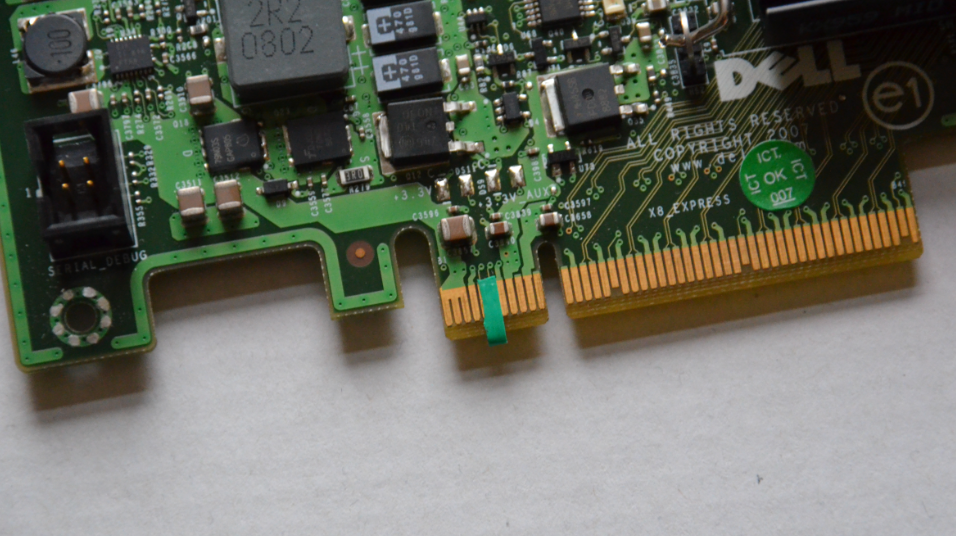 My workstation arrays breaksdown kinda like so: 4x SSD (RAID 10), 6x 1TB (RAID 6), and 2x SAS 4tb (RAID 1). The 4tb Mirror is dual-linked the third RAID card, providing MPIO failover in-case its primary RAID card fails. SAS drives have two internal controllers, only one can be used at a time. So round-robin isn’t really a possibility, but SCSI is a world in and of its own.

They have been running strong, seeing crazy IOPs for over a year an half. So if a top notch raid controller is what you want, 1Gig memory, battery backup, and yes you use the LSI GUI/CLI tools for win/linux/sun/vmware. You just use the Dell drivers for windows. Not sure what an LSI with 1GIG memory + battery goes for retail, but im sure its NO WHERE near $350.