I have been trying to wrap my head around this for days and I just haven’t been able to figure this out.
I would like to add the EFI “SataDriver” to the bios on this board to support EFI boot from the Intel controller when it is in RAID mode.
Can anyone tell me which module to insert here? As I understand it, the x79 and the c602 use the same one right?
I do not necessarily need to create or manage the array from the bios, I can do that from the OS, but the boot SSD and the Raid 1 array are both going to be on the Intel controller.

Here is the output from UBU: 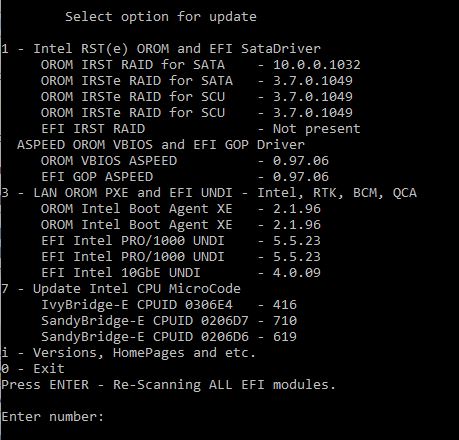 I would like to add the EFI "SataDriver" to the bios on this board to support EFI boot from the Intel controller when it is in RAID mode.
Can anyone tell me which module to insert here?

The correct Intel "SataDriver" version depends on your current BIOS settings regarding the mode (RST or RSTe) of your on-board Intel SATA RAID Controller.
Which version shows the Intel RAID Utility after having pressed CTRL+I while booting?
Which Intel RST/RSTe RAID driver version uses your Intel SATA RAID Cotroller (right-click onto it > "Properties" > "Driver" >"Driver Details")?

I did attempt to extract the “Satadriver” from a gigabyte x79 based board (same version 3.7.0.1049 )and insert it into this bios, but it was still unable to boot while in EFI.
Nor did it add any raid config to the bios.

edit: also, I presume even this very old version will be able to pass TRIM commands to non-raid SSD’s right?

@tojoski :
Since you obviously don’t have any experience with your C602 chipset system running in RAID mode, I recommend to do the following:
1. Insert the Intel RSTe “RaidDriver” BIOS module v3.8.0.1029 manually into the Volume 01 of your mainboard BIOS by using the AMI Aptio IV MMTool.
2. Update the Intel RSTe RAID ROM to v3.8.0.1029 by using the UBU Tool.
3. Flash the modded BIOS into the BIOS chip of your mainboard.
If you want to benefit from the presence of the Intel EFI “RaidDriver” within the BIOS of your mainboard, you have
a) to set the on-board Intel SATA Controller within the BIOS to “RAID” (will get the DeviceID DEV_2826),
b) to create the desired RAID array from within the Intel RSTe RAID Utility and
c) to install the OS in UEFI mode onto the RAID array.
As Intel RAID drivers I recommend to use the Intel RSTe v3.8.1.1006 WHQL ones or the complete Intel RSTe Drivers & Software Set v3.8.3.1016.

Something is strange here, or I am missing something.

I then ran ubu: 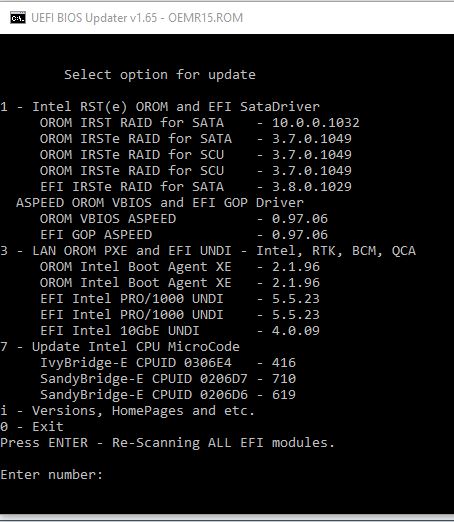 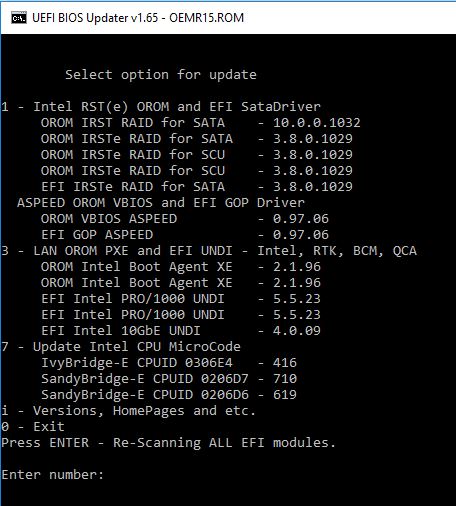 I flashed this to the board, but I still do not get any boot options from the Intel controller, (I will attempt a test install and see it I get the option upon reboot) 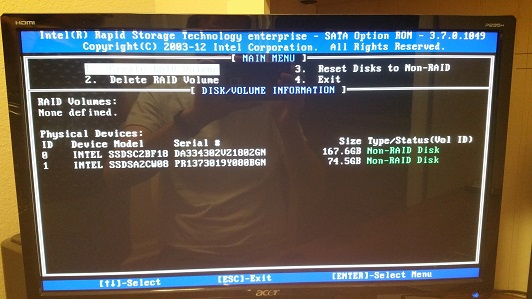 While in UEFI mode, I installed windows to the drive, but upon rebooting do not get the option to boot from the drive: 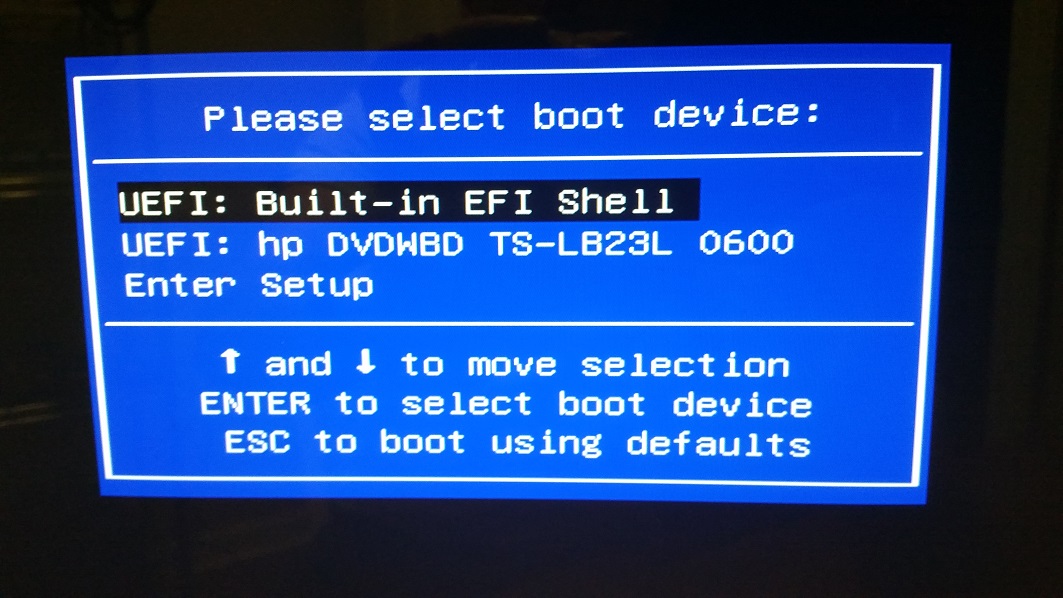 @tojoski :
After having read your recent reports, I suspect, that the modded BIOS has not been properly flashed into the BIOS chip of your mainboard.
Your system obviously still uses the old original BIOS.

Thank you, I will spend some time tomorrow and make sure the modded bios has been flashed.

I have another one of these boards that I was able to successfully add nvme boot support using the same method that I am doing here.

Mod the bios > replace the original bios on the usb boot with the modded one, and run the mfg’s flash batch file.

Ok, you were correct sir.

I did an AFUDOS /O to read the bios back to a .rom file, and ran it through UBU and sure enough it didnt have the EFI option, or the updated sata modules.

So I decided to flash directly with AFUDOS and not the batch file that was provided by Gigabyte. Success!

It even added the option within the bios while in UEFI mode to see the disks. 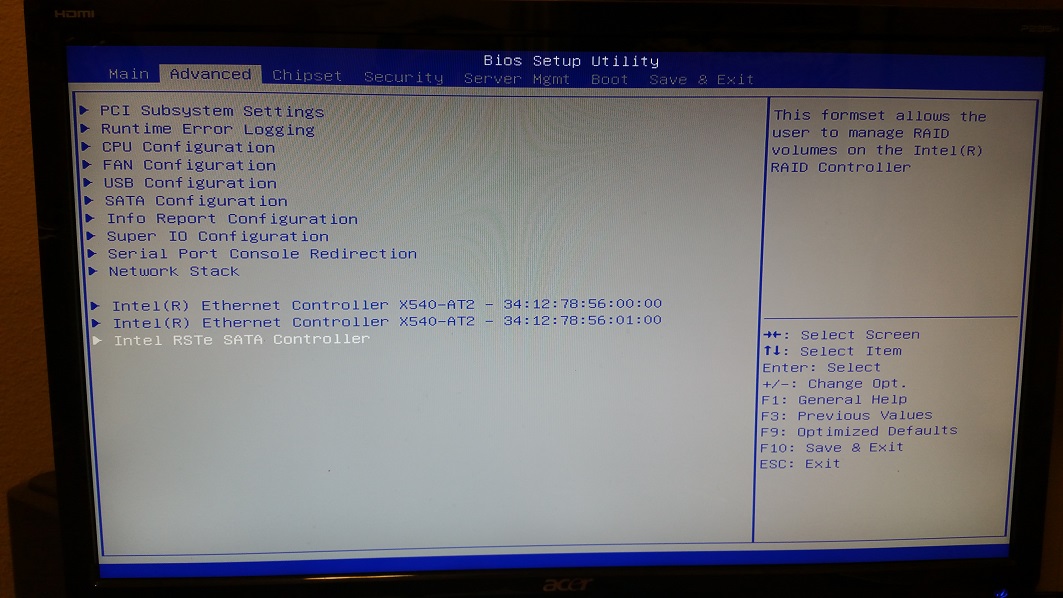 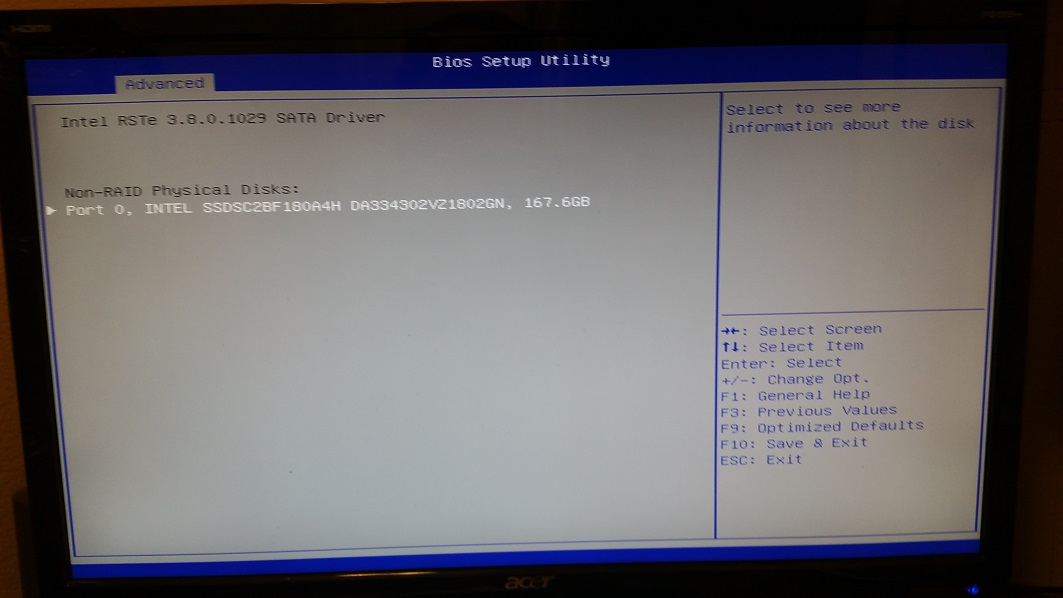 I am testing it now to see if it is bootable after installing windows to it.

Windows Server 2016 Essentials boots from the SSD while in raid mode with only UEFI turned on.

Windows automatically installed the driver for the raid controller (13.2.0.1022) but of course not the management utility (which I will need)

So should I over-write these with 3.8 or get the version of 13 that has the management utility?

Do you know if there is a driver version that would add SRT?

Do you know if there is a driver version that would add SRT?

If you want to use the “Intel(R) Smart Response Technology”, you need to install the related Intel RSTe Console Software. A driver alone cannot configure this feature.
For details I recommend to read >this< article.

Right, I was referring to the driver / console set.

I am using v 3.8 as you recommended but it would seem that either SRT is not available in RSTe or only in later software versions.

@tojoski :
Please have a look into the chapter C. within the start post of >this< thread. There you will find various Intel RSTe Drivers & Software Sets.