Don’t know where to begin here, ok, let’s start with the terrible “history” of their early boards, back in the mid 90’s they were soldering fake cache chips to their boards that were “blanks” and didn’t do anything, simply there to fool you in to believing you had a superior board, reliability was never an issue but fake IC’s were a very big problem.

Right ok, so how come i am claiming that PC Chips actually made decent boards? well later on in the era of socket 754 their boards were actually amongst the best for windows98, I’ve just bought a new old stock PC Chips M870 V2.0 board to use with my Athlon64 3700+, this is the top processor for socket 754, the board is based on the SiS 755 northbridge and 964 southbridge, now here’s the funny thing, in the past i have spent hundreds on boards from MSI, ASUS and Gigabyte none of which worked properly or were fully stable with windows98, in fact without trying to sound vulgar they were all piss poor, However apart from overclocking (which i will come to in a minute) this PC Chips board absolutely destroys them for stability and compatibility, it works wonderful with DOS and windows without a single problem.

Note: i have never found any 754 board that works with S3 standby on windows98 only S1

For those of you that didn’t know PC Chips are a sister company of ECS Elitegroup and my M870 V2.0 board is identical in both BIOS and topology to the ECS Elitegroup 755-A2 the only difference is the colour, the PC Chips is red and the ECS board is purple.

I can honestly say this board is absolutely brilliant on windows98, it just works! no messing about with conflicts etc…

Now on to the overclocking, well don’t expect much with an Athlon64 3700+ this CPU maxes the board out. However a small OC can be possible with some patience, but in all honesty i would leave the 3700+ at stock speeds and down volt it to 1.440v from 1.5v, this drastically reduces temperatures at full and idle loads, whilst in the BIOS (CnQ not running) at stock the CPU hits 49c, however dropping the Vcore to 1.440v and it idles at 39c under the same room temperature conditions, stress testing with S&M stress tester the full load temp has gone from 57c to 47c seeing as the max temp for these CPU’s is 70c that’s pretty impressive! none of the other 754 boards i have tested came anywhere close to this, in fact windows98 just wouldn’t work properly at all, and for the love of god, i highly recommend you stay away from the nforce3 chipset on windows98 it is absolutely horrendous, the SiS AGP chipsets definitely work the best, the MSI Neo2 Platinum is a bloody terrible board, no i mean really bad, so bad in fact i threw mine away.

I didn’t really buy this board to overclock anyway really i just wanted a board that worked properly with windows9X, and out of the dozens of boards i have tried, this one beats them all, with a simple MODBIN mod you can unlock the boards Multipliers, voltages and other RAM related settings, i’ve just finished doing my own custom BIOS for this board and it works 100% perfect.

As i said above, i have spent hundreds on motherboards, i nearly gave up trying to get windows98 running properly, ASUS, Gigabyte, MSI, Foxconn, Winfast and Abit. Not a single one of them ran 98 properly, i think the moral of the story here is don’t just listen to rumours, if you want to know if a board is decent, try it out for yourself! On a side note: this is the only motherboard that works with my Soundblaster Live! 5.1 card in DOS and Windows, Visiosonic PCDJ Red here we come, yaaaaay.

This board is going in to a white Antec P100 case tomorrow (A perfect case for retro machines) it has bucket loads of space and while its a new type of case it still manages to look retro! with an Antec Smart Power 450w PSU, after some careful thinking, i have decided to build a second identical machine with exactly the same internal parts, for a few reasons, but the main one is “Back to Back” gaming, they will be connected together via a Serial Port cable using the “direct cable connection” software that’s built in to windows98SE, secondly i have spent about 40 hours creating and testing my own custom BIOS for this board, i will be using 2x 15" 1024x768 monitors with 2x Radeon 9600 256mb graphics cards, both machines will have 1gb PC3200 ram cas2 memory.

The only thing i had to do to get my Soundblaster Live card working properly with both DOS and Windows is to Reserve IRQ5 in the BIOS and install the sound card on the second to last slot, Also IRQ14 is reserved for the IDE controller, if you don’t reserve IRQ14 the Onboard IDE controller will conflict with the Graphics Card, this is another thing that never worked on any other 754 board i have tried, it’s not even possible on nForce3 boards.

At first i made the mistake of installing windows on to a Western Digital Blue drive, oh dear… these have to be the most unfriendly drives to use for an operating system ever, their built in power saving “features” are absolutely horrendous, no matter what you do they switch themselves off every 8 seconds, and because of this windows runs as stuttery as Scatman John, not even WDIDLE3 works on these drives so there’s nothing you can do about it without running Crystal Disk info permanently in the background, so top tip, avoid these drives like the plague.

Another thing i love about this motherboard is the fact it has no onboard Graphics, just trust me on this one, it’s a huge blessing, also it’s onboard Audio sounds very very good indeed and works well as a second card for recording music mixes, Line out from the Soundblaster in to line in of the onboard sound, or set the onboard to record stereo mix etc… you get the idea. Another thing worth mentioning about having 2 soundcards on windows98SE is the fact that the Creative card uses VxD drivers and the onboard sound uses WDM, meaning whatever doesn’t work on one card will work on the other. For Example VxD drivers don’t work with direct music and are mainly the best option for Windows98 and they are much faster than WDM drivers, however WDM drivers have advantages in the later Windows98 games, there is a whole online article here that explains in detail here: https://www.philscomputerlab.com/best-so…r-socket-7.html

The drives i am using now for the operating system, backup and storage are the 74GB Western Digital Raptors, there will be 4 of them in each machine, 2 connected to the onboard SATA and 2 connected to the Onboard PATA IDE via IDE to SATA converters, these drives are just perfect for 9x. https://www.ebay.co.uk/itm/323948735157?..SsAAOSwW~pdpfW7 these converters work in both directions too.

Interestingly there is another area where the PC Chips board is the winner amongst all the rest of the so called “tier1 and superior” motherboards, and that’s the capacitors, today i bought a second M870 V2.0 board to kickstart my dual Windows98 machine project, using my in circuit capacitor tester every single capacitor on the both boards are 100% perfect, the same cannot be said for MSI or Abit boards from this era, there are a few reasons for this, but mainly bad capacitors around the cpu area are caused by using tower type CPU coolers and not top down types, the VRM doesn’t get any airflow with these coolers unless your case has side fans installed, even then a top down cooler will still work best, another reason is the power supply, if its a cheap and nasty PSU the ripple will be horrendous causing damage to the board in time, lastly a lot of other brands just used really cheap capacitors that are not up to the task.

Back in the day i always used motherboards from QDI Legend, ECS Elitegroup and Jetway and all of them worked brilliant with Windows9x, probably because they all used the SiS chipset, they worked amazingly well with DOS too.

After messing about trying to get Windows98 running properly on modern hardware for months all i can say is don’t bother, drivers are non-existent neither is proper hardware acceleration, a socket 754 machine will run Windows98 faster than a Ryzen 2700X, in any case it just doesn’t “feel right”

Right, back on to the Antec P100 chassis, there’s only one complaint i’ve got about it and thats the front dust mesh, it’s too fine and blocks too much air flow, so if you buy this case i highly recommend you remove the filter material from the front filter housing and replace it with this stuff: https://www.ebay.co.uk/itm/324439541127?..RYAAOSwsppf8KXt just put a fine line of superglue around the hex pattern of the fan grill with a stanley blade. 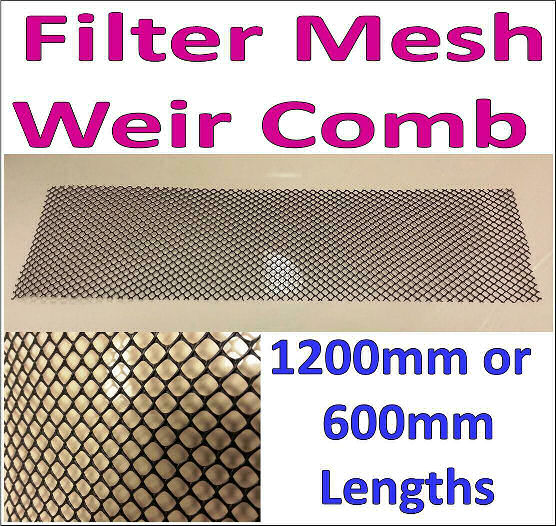