Bought a Dell XPS 720 today off Craigslist for $30 dollars. Was told everything was there but the hard drive, which was true! Drove seventy five miles to pick it up and when I get there, the seller states there might be a problem with the motherboard. He’s not sure, can’t remember, been sitting in storage for a couple of years etc. What the hell, for thirty dollars I’ll take a chance. Get it home and blow a herd of cats worth of wadded up dirt and dust out of the case. Four different fans are absolutely caked and probably overheating. After about an hour of that, plug it in and she starts up. Plug in the essentials and a loaded hard drive, hit the power button… and no display, mouse or keyboard response. That and the fans are racing up and down. Hhhmm… Ten year old desktop, i bet the CMOS battery is dead. Pop in a new one and she fires right up! The sheer size of this beast is incredible! Can’t wait to start some upgrades! Suggestions appreciated! Some of the basics…
Intel core 2 Quad CPU Q6600@2.4 GHZ
64 bit Intel EM64T chipset
four ram slots currently 1GB each
Nvidia GeForce 9800GTX+ video card
two DVD drives
Current BIOS A06
Dell 750 watt power supply 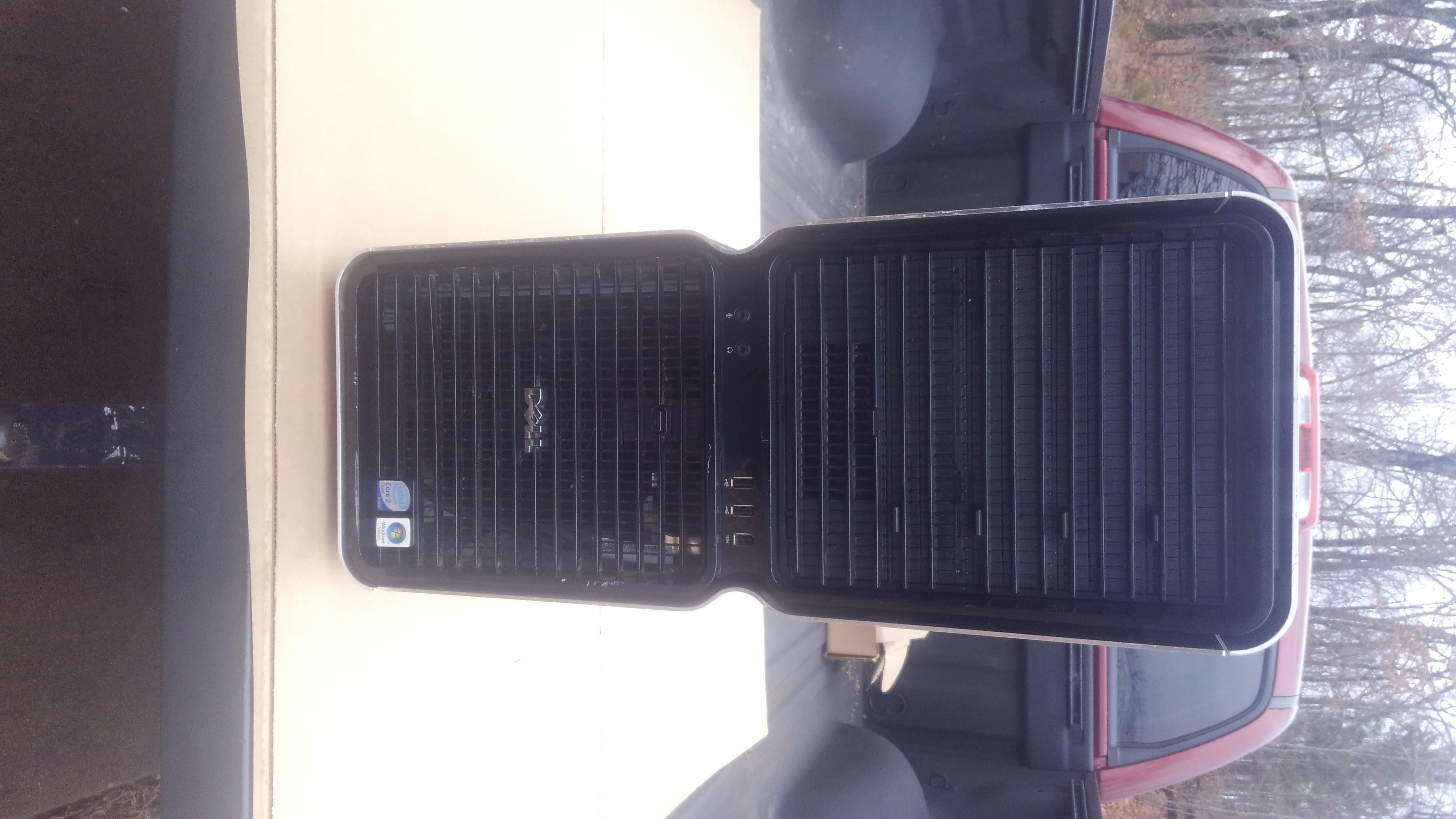 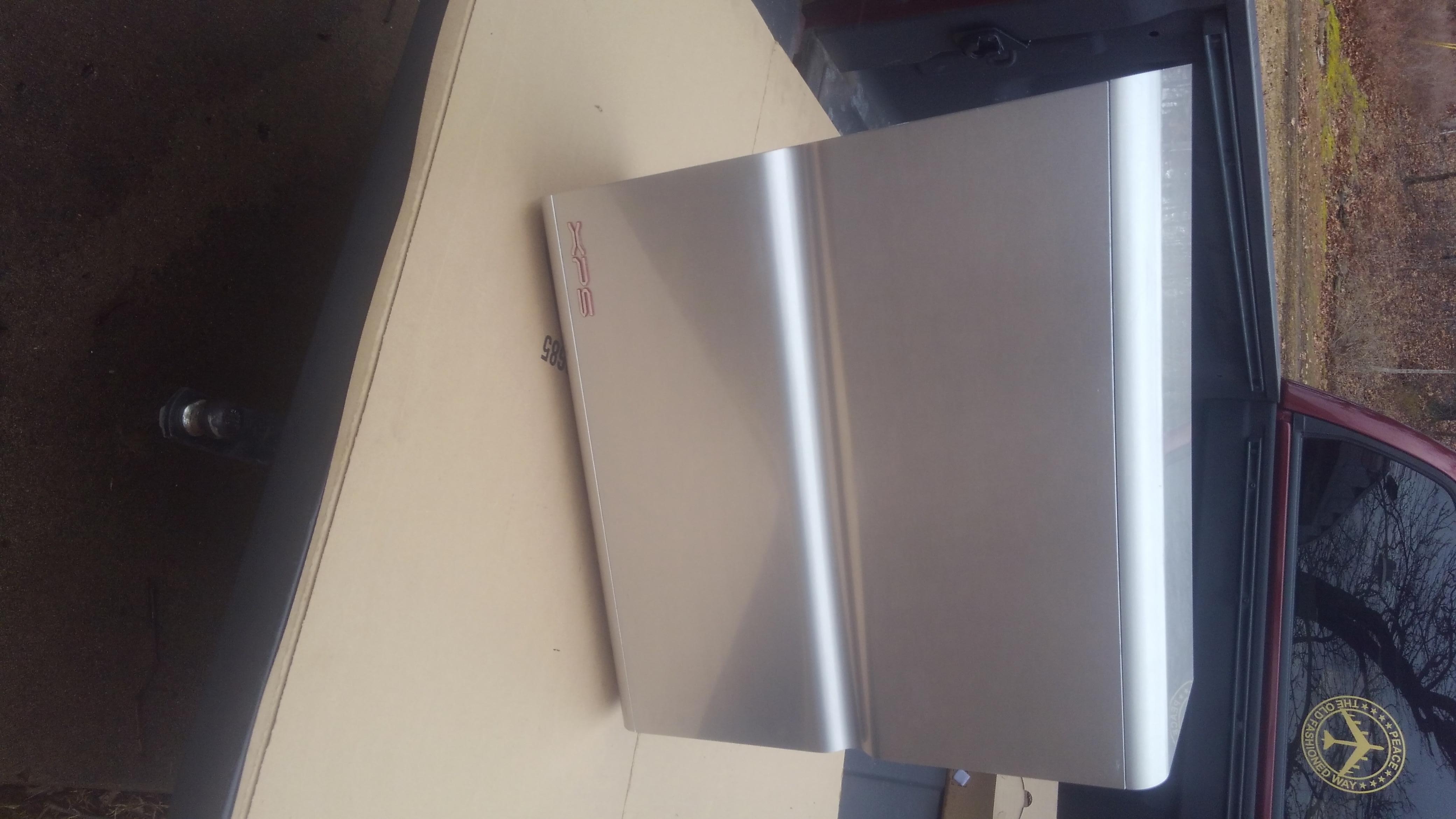 EDIT by Fernando: Added the name of the “beauty” into the thread title 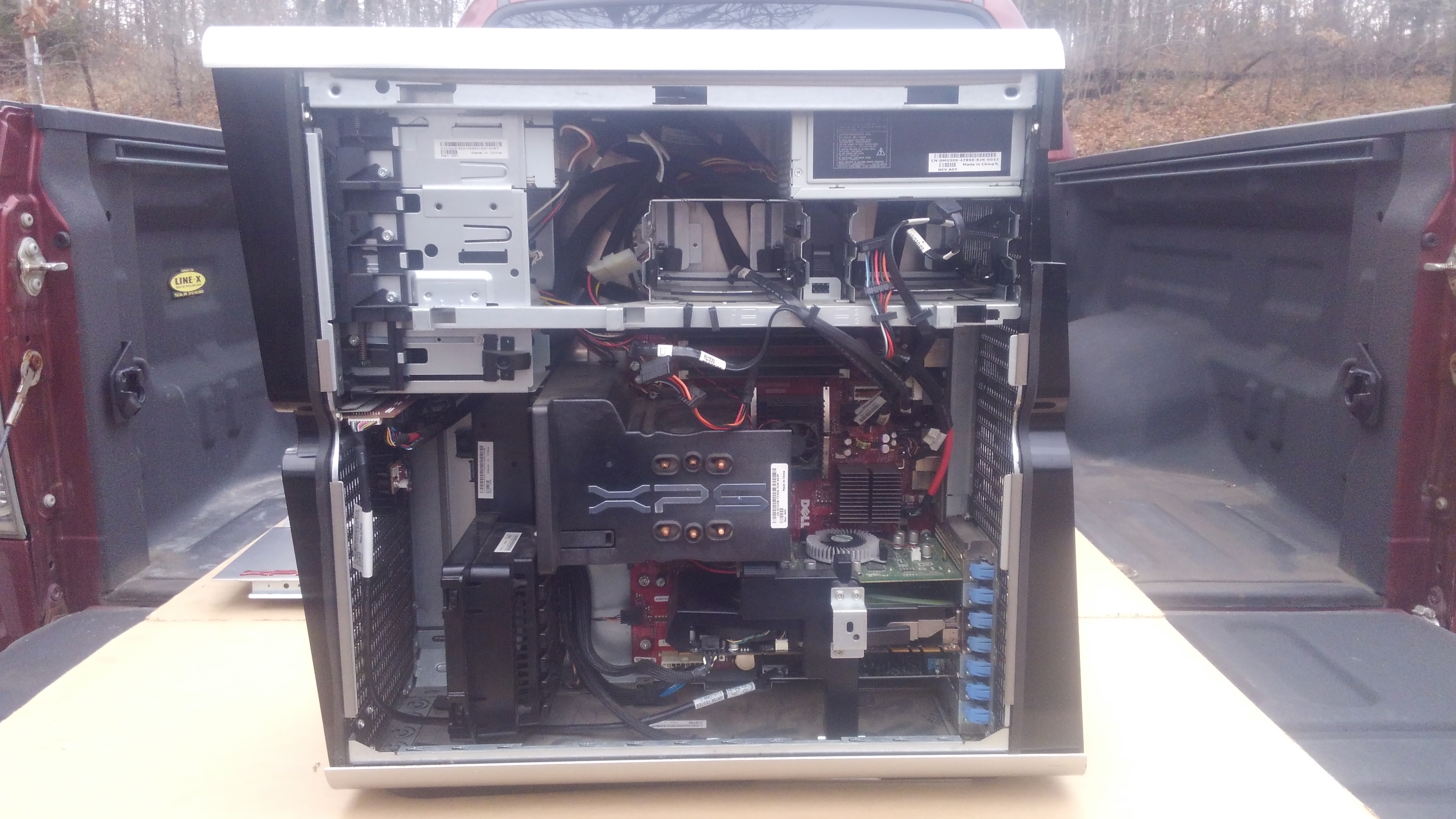 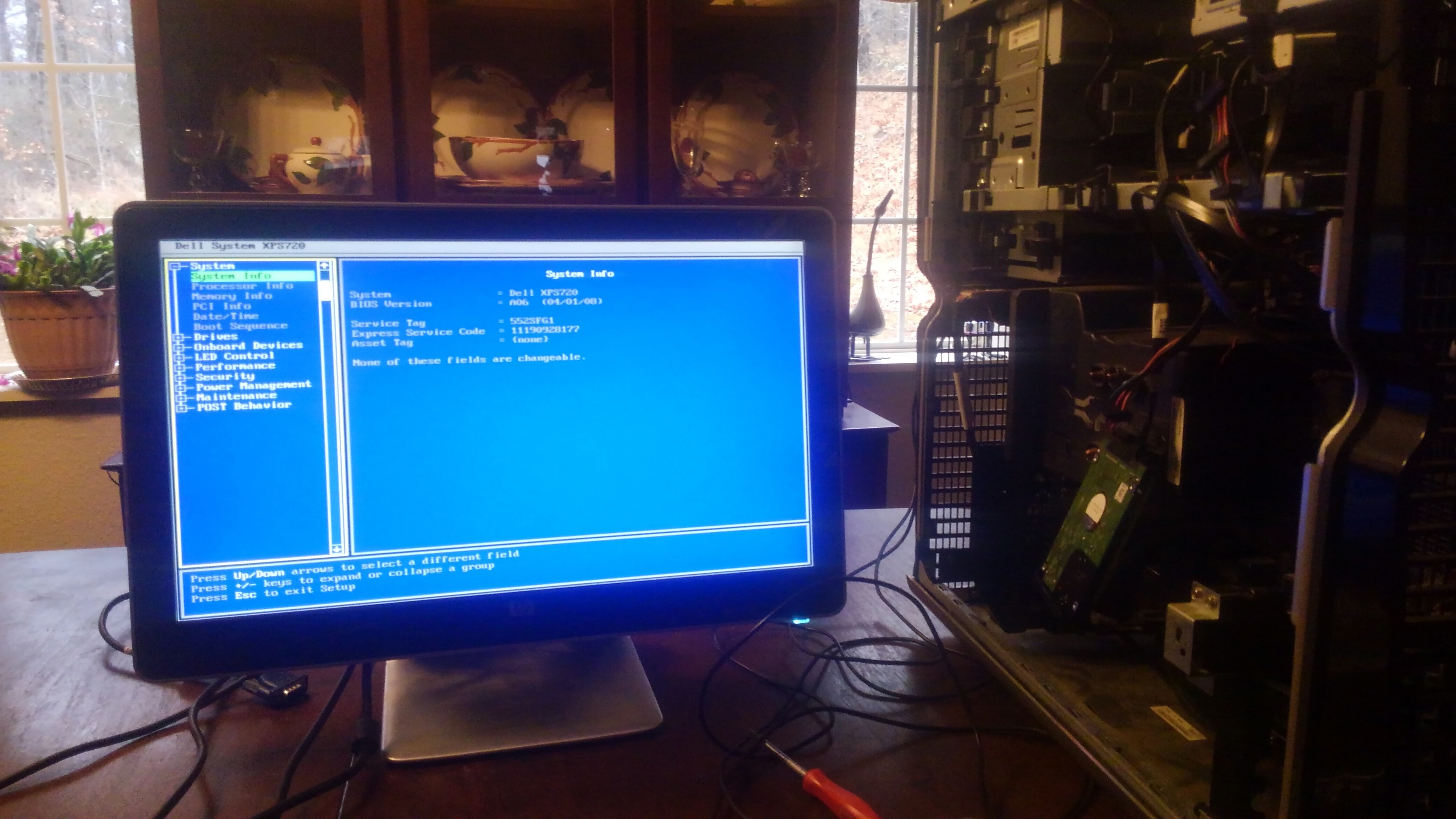 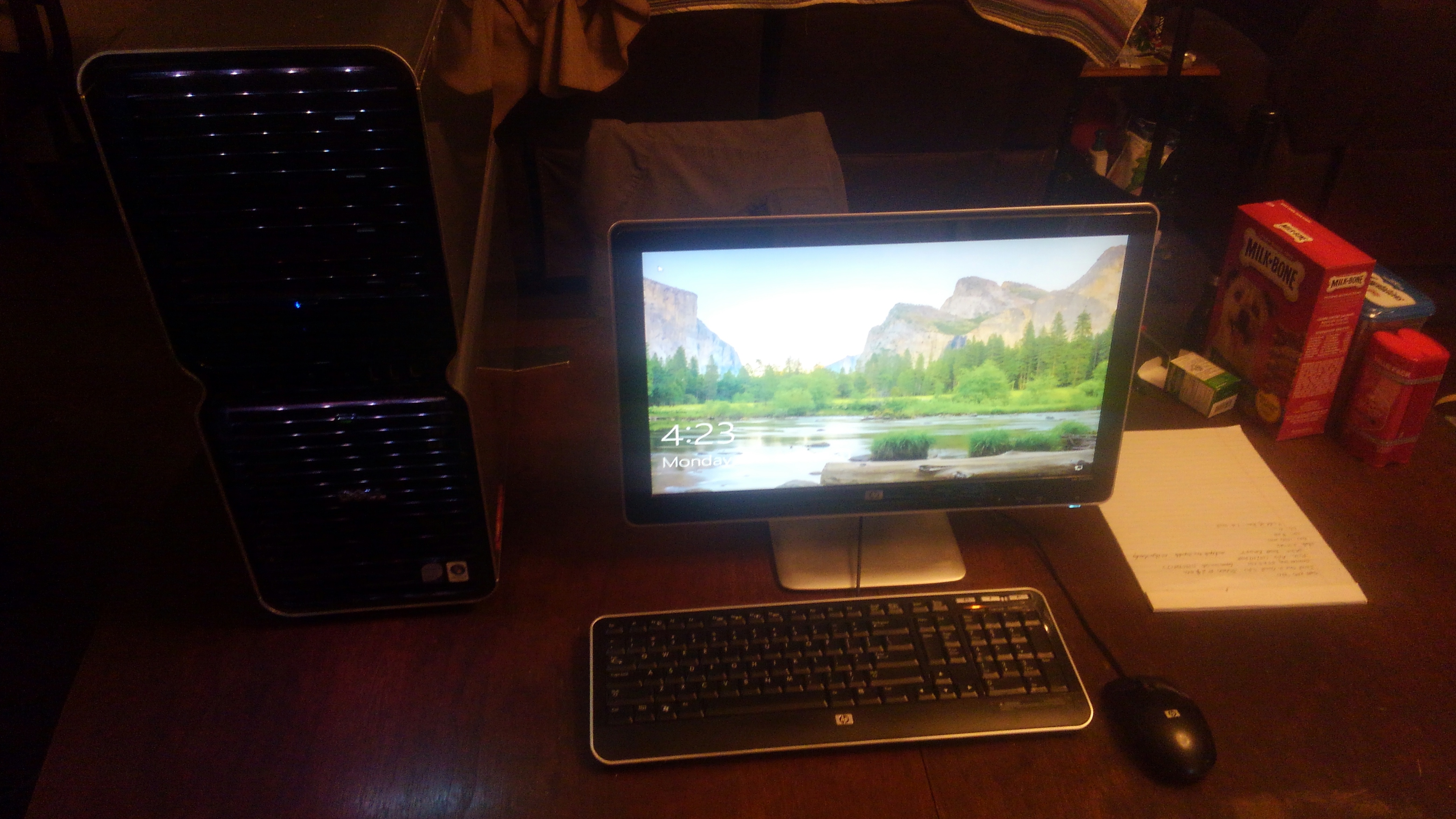