Congratulations!
It would be fine, if you would post the procedure how you modified the BIOS. This may help other users with a similar system and problem.
In this case I would split this thread and create a new one with the title "[Solved] Intel Ironlake vBios update for Medion Akoya E7214 notebook".

hello i opened akoya e7214 bios with mmtool 4.5 then i searched intelvgadriver clicked replace openened ironlake vbios 2120 first is wrong id searched id 8086.46 then click replace and saved new bios then i flashed with afuwin all is function at boot new ironlake picture 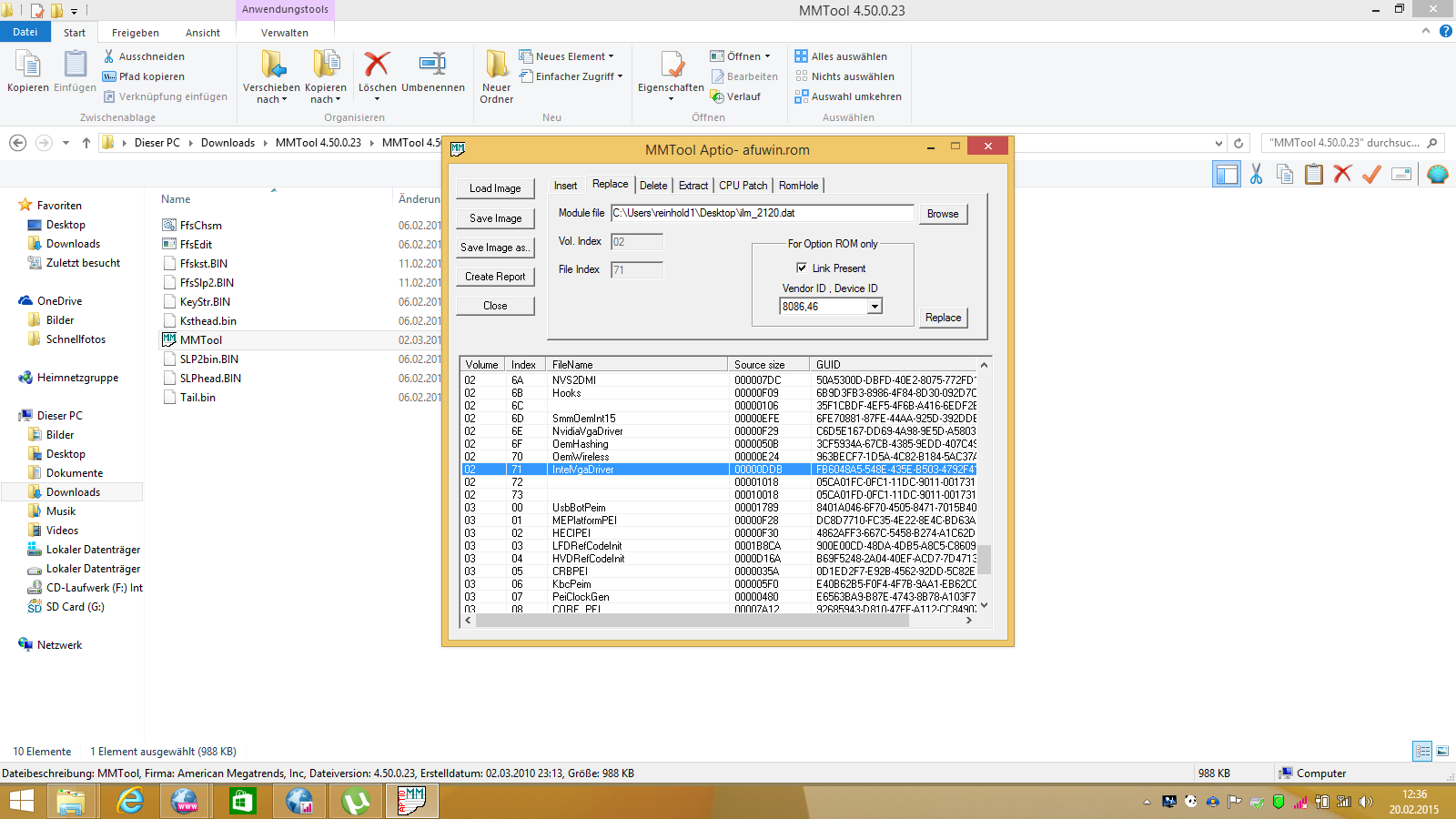 @ reno12:
Thanks for the report.
So you have just chosen the simpliest possible method and were lucky, that everything worked as it should after having flashed the modded BIOS.

You got lucky, most systems would be bricked after doing such a procedure without adjusting settings first with Intel BMP.

I blame this to the BIOS and would like to replace it by the newer/different version.

Thus, I’m trying to update BIOS on this laptop to the version which was posted in this thread by reno12. AFUWIN tool (Current Label: 8.00.15_AFUWIN_4.48, Release Date: 2011/Feb/24) reports “Error: BIOS is write-protected” (when used under miniWindows 7) - for anything - not even reads current BIOS.

Current BIOS itself has no option for updating from inside or removing any protection. Instructions on Medion Website for the given BIOS Version 00B just say

1. Unzip the downloaded file into a created folder on your harddisk.
2. Run the file M10H100B.exe from Windows™ surface.
3. If a “WFlash Warning” appears, press OK to execute the update.
4. The system will be rebooted automatically for the changes to become effective.

Thus, any ideas how to proceed with update? Thanks in advance.