i started a project to build an AM3+ ITX System with a Zotac 890GX-ITX WIFI AM3 Mainboard.
The Zotac Board is nealy like the ASUS M4A88T-I Deluxe but with a better chipset.
It has the white socket and the 890GX + SB850 Chipset but Zotac don’t have upgraded the bios with support for FX CPUs, not Zambezi and not Vishera.

I tried to modify the bios with the modules from Asrock 890GX Extreme3 which has Vishera Support for FX-6300, but without success.
The CPU i have for the build is the FX-8300 and 8GB (2x4GB DDR3-SO-DIMM), for the first test graphics is onboard.
The Zotac board is running with a Phenom II X4 945 without problems.

The modules i load with mmtool3.22 out of the asrock bios Asrock DOS-Bios and from msi bios msi bios download.
For programming the bios chip “WINBOND 25Q80BV” i have a CH341a usb programmer and software. 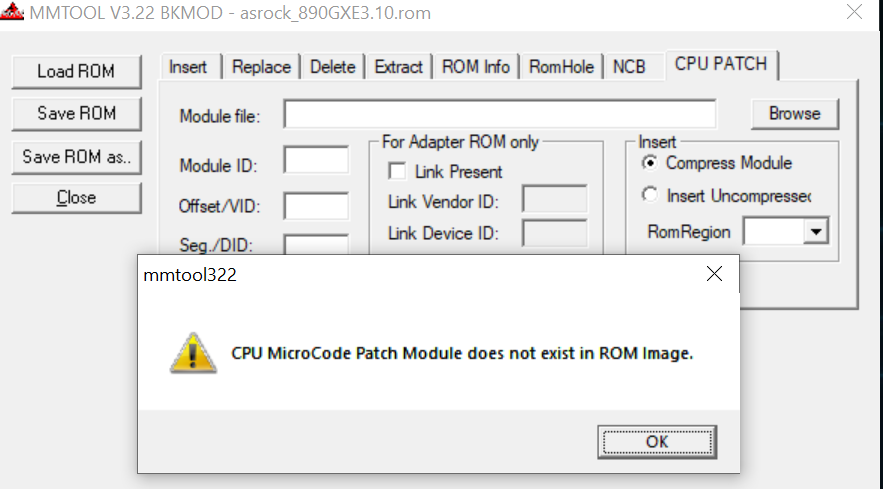 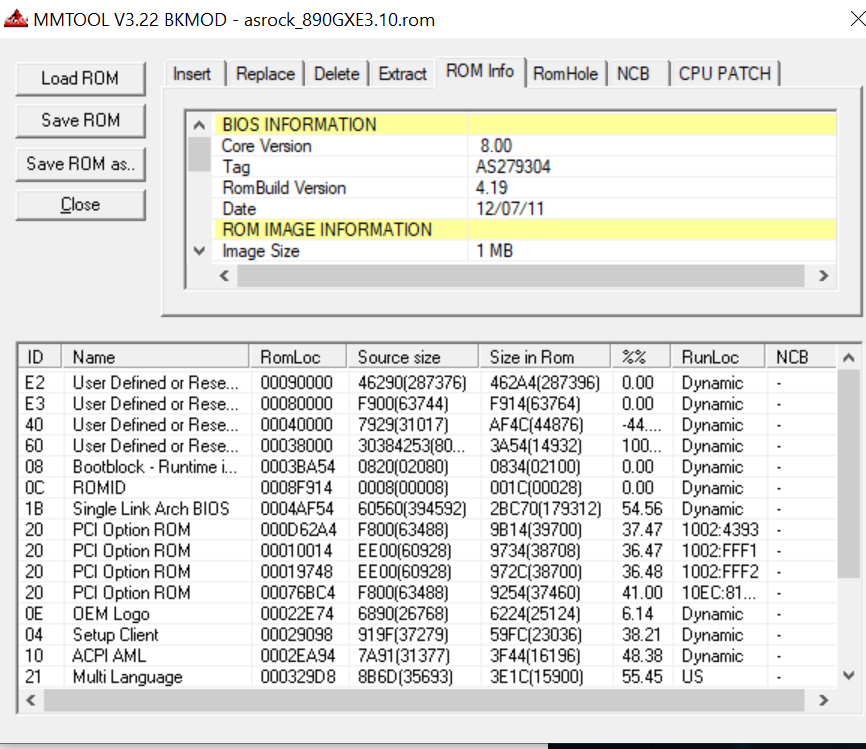 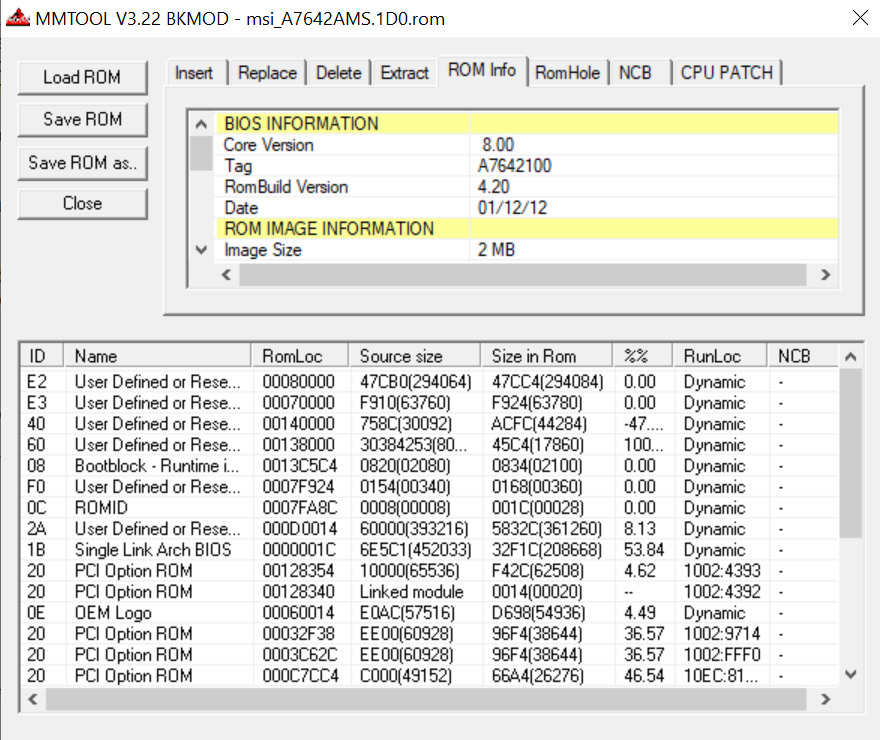 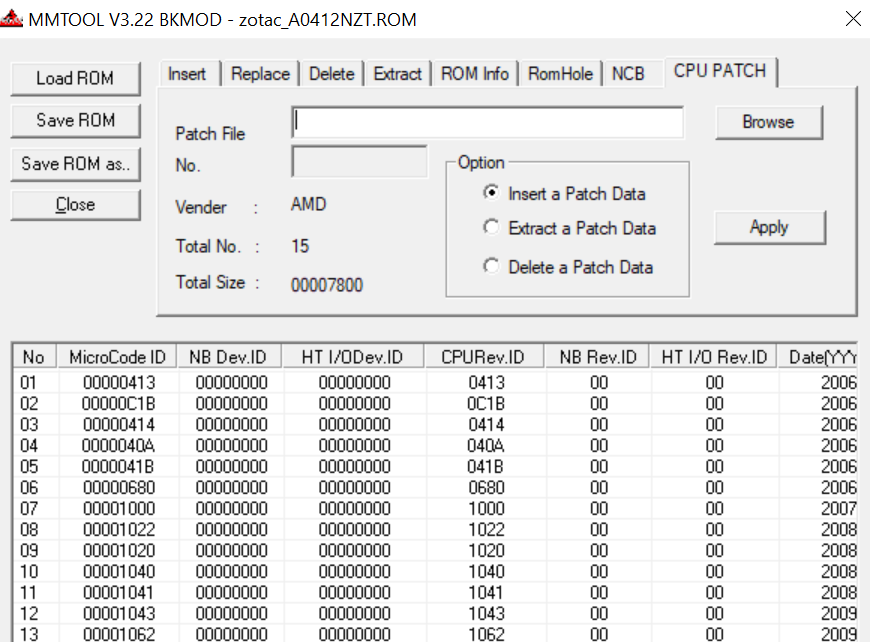 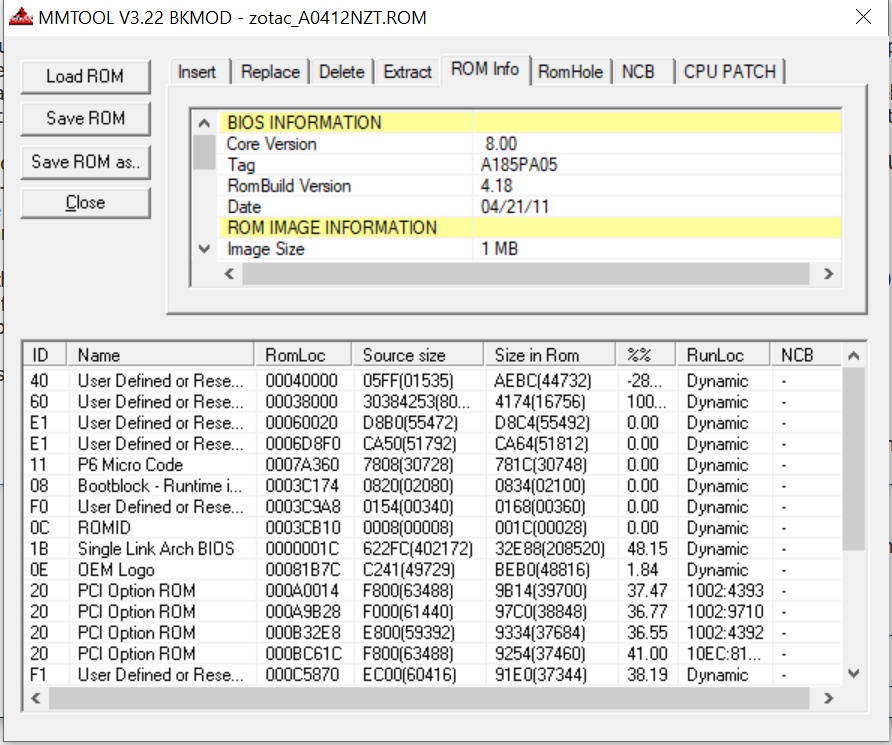 My question to you: Is there someone who could help me with to mod the bios for the zotac 890gx with vishera support for the FX-83** lineup?

So hopefully hear from you!

And sorry for my english

But how i can integrate these microcodes in the original Zotac bios?
In MMTOOL i get the message that the “MicroCode Patch file does not of proper.”

Has anyone access to IDA Pro to analyze and convert the BIOS from Asrock and Zotac in Assembler?