Hi. I bought a “1050 ti” on eBay, marked as a 970 on the card-label. It has got the GF116-400-A1 but it only has 4 memory chips on each side. Wouldn’t that mean it has a 128-bit bus?
I have tried the #13 and #27 BIOS in this thread: t6668f54-Request-Modded-BIOS-for-fake-GTX-GTS-1.html Both booted without any visual glitches but none of my games would launch and 3Dmarm sky-diver would cause a dpc watchdog violation.
Have tried a lot of 550 ti BIOS but none of them would work, either black screen or white lines. Some 450 BIOS work but none are fully stable or have the right amount of VRAM. So if a game uses more than 1GB it crashes. Tested both BIOS from
I think the BIOS chip has 128KB of space, can’t see the serial-number of the chip because it has some red paint on it.
The card has 8x1Gb Elpida chips.
The name of the chip got scratched after 3-4 rounds of removing thermal paste.
Can anyone help me with a BIOS? And I have already gotten a full refund for it, so no worries. 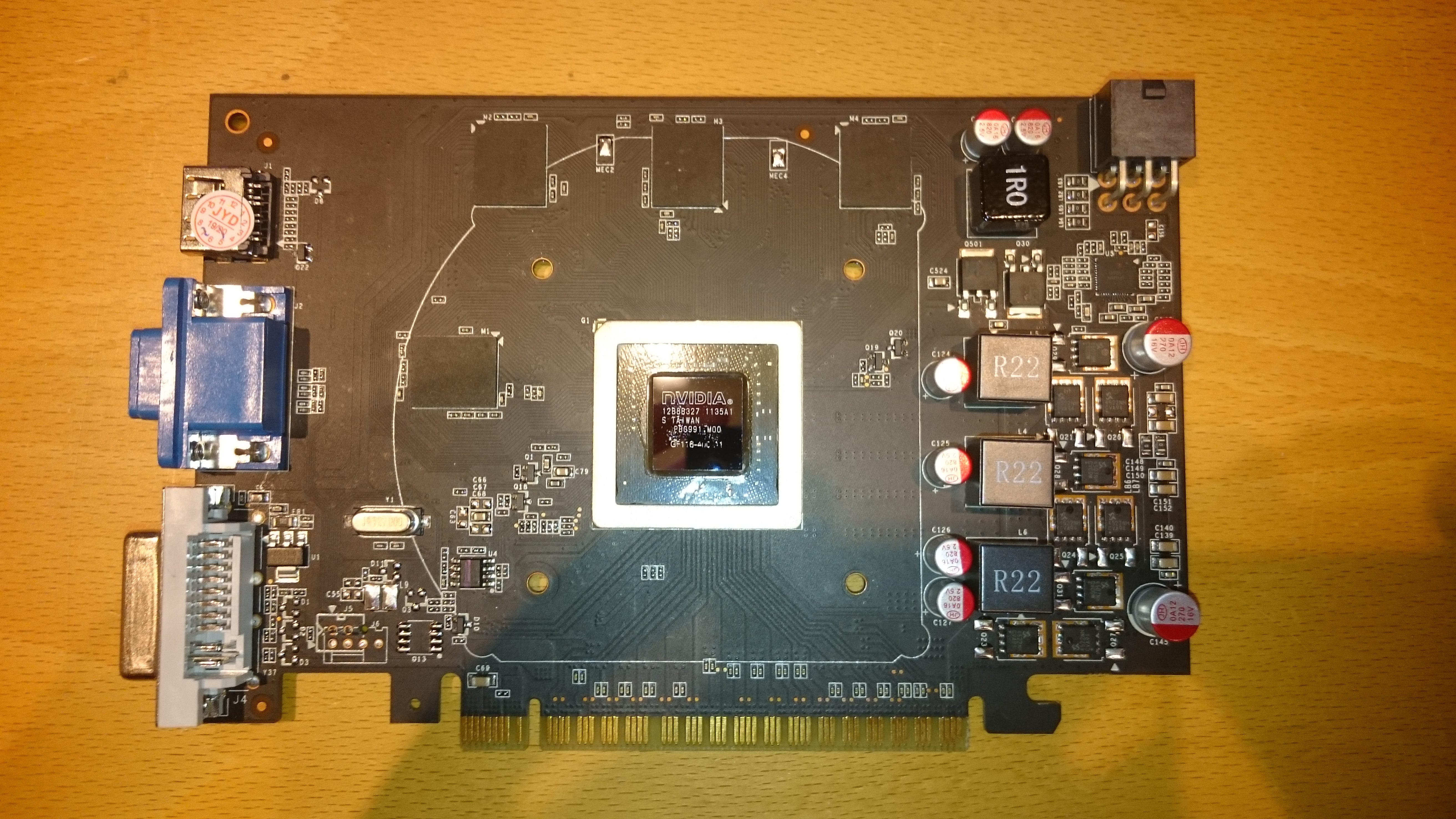 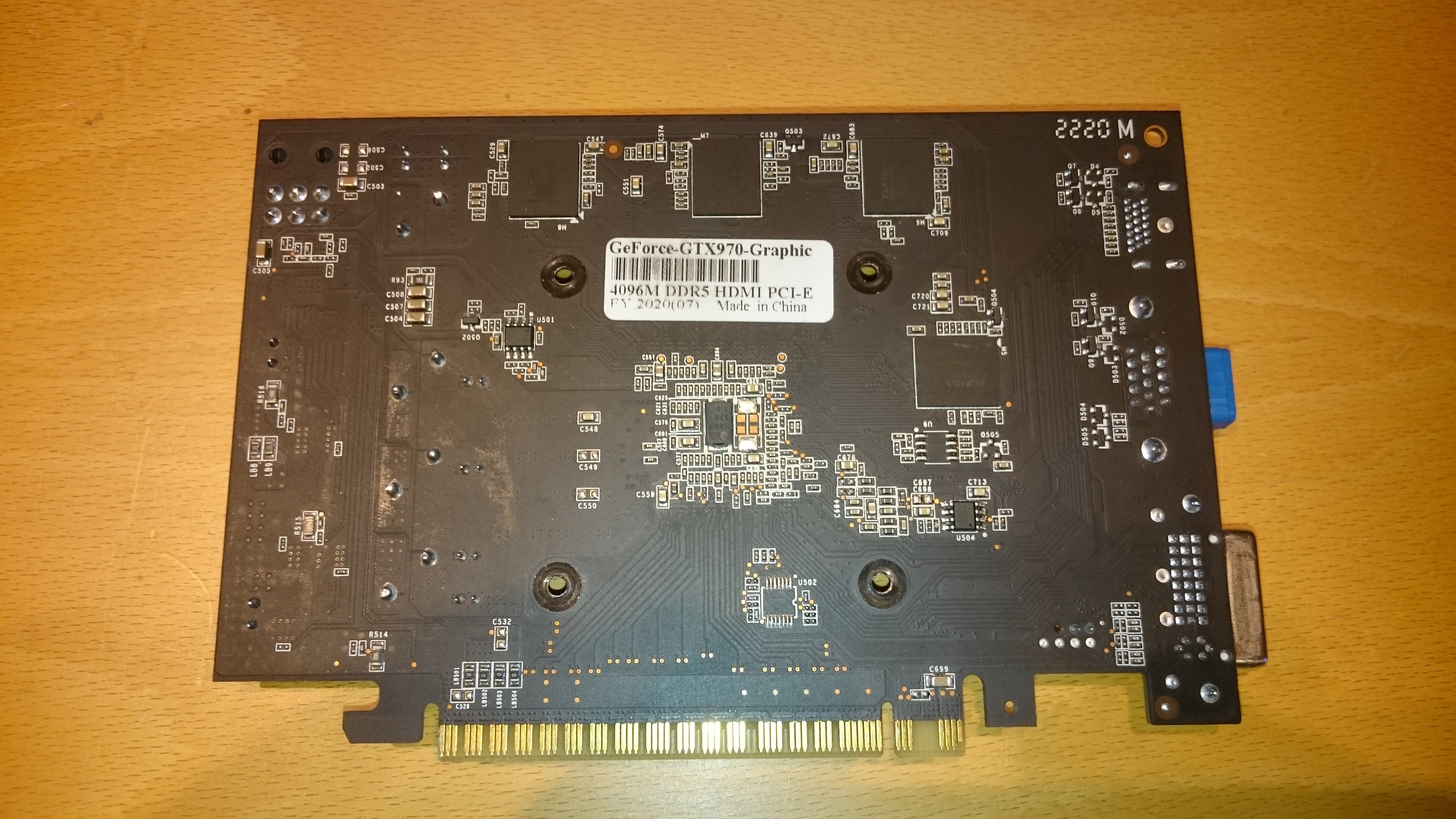 https://www.techpowerup.com/gpu-specs/nvidia-gf116.g88 this is the model, write vmem model

The vmem model is Elpida W1032BBBG-50-F, also I added the bios to the first post (changed extention because i cant upload rom/bin)

yes, i know. i said it had 970 on the packaging. but thad doesn’t help me with modding the card.

it’s a strange board…what do you want do with bios modding? there is a software for modded maxwell gpu

well, I want to be able to use it. its a 550 ti die with a 128-bit memory intarface and 1gb of vram, if you could give a gts 450 bios 1gb of vram I think the card would work properly.
maybe a moblie 970 bios with 1gb of vram could work?
looked at the Definitive Maxwell II software but I coudn’t edit the BIOS and the software can’t change memory amount