Questions are in bold.
Sorry for the long post, first time I’ve looked into BIOS modding so I don’t really know what I’m doing and just trying to give enough detail for someone smarter to potentially help me out

I’m trying to bifurcate a PCI-E Gen 3.0 slot in order to support two, x4 NVME SSDs on my Asrock Extreme9/ac. The board is a little weird, as the number of lanes available in each slots seems to vary based on how things are plugged into various slots.
This is covered in the manual as show: 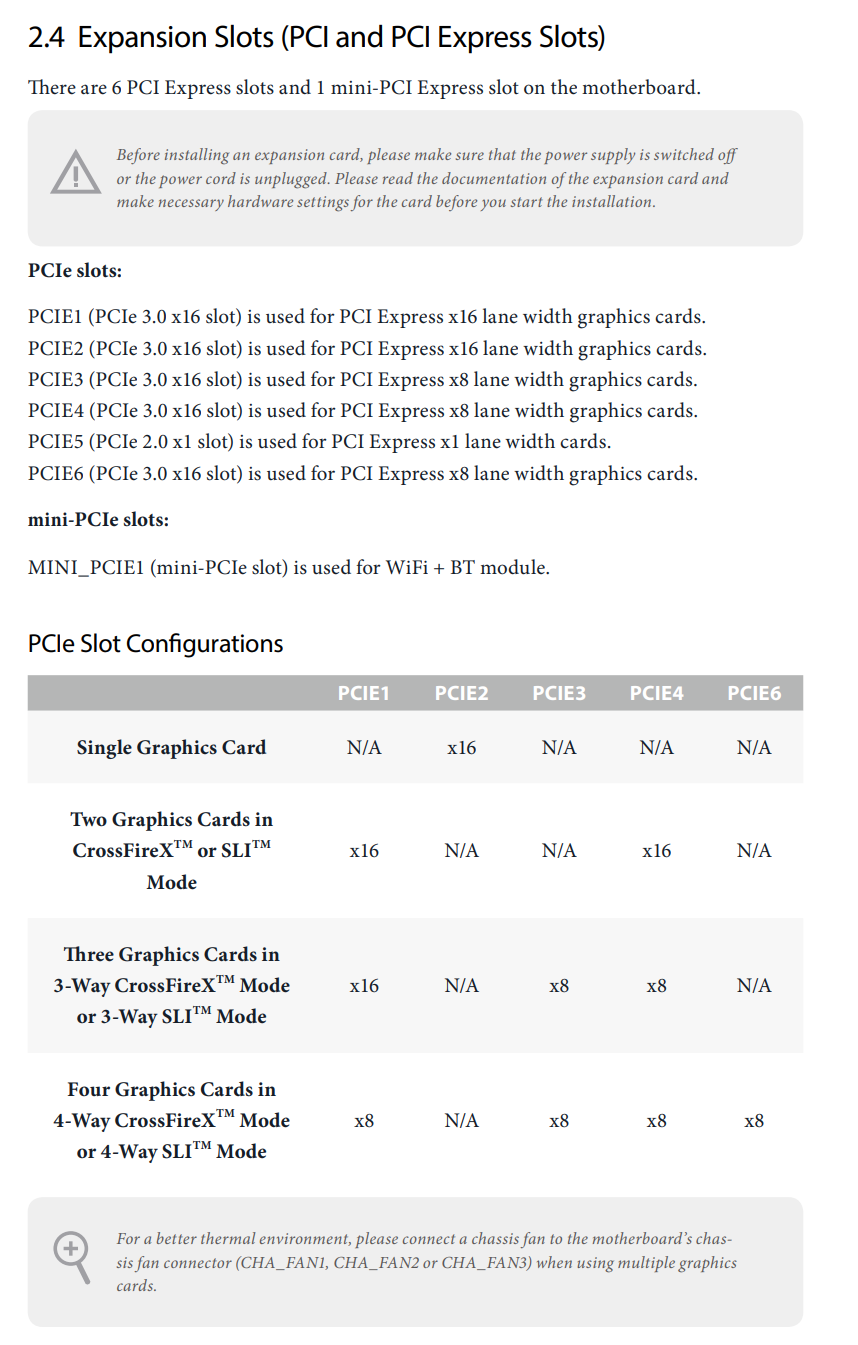 I’m currently using two of the PCI-E Gen 3.0 x16 slots:
PCIE Slot 1 - GFX card (x16 in theory)
PCIE Slot 4 - Chelsio Network Card (x16 in theory)
(According to the manual and my understanding, this arrangement enables both slots to run at x16 for SLI/Crossfire - so I’m hoping it means a single GFX card and NIC can each run at x16 as well, not just for SLI with two GFX cards?).

I would like to use PCIE Slot 3 as well for a card to hold two, x4 NVME SSD’s. According to the manual that would work, but would slow PCIE Slot 4 to x8 (fine by me) and leave PCIE Slot 1 at x16 (fine for the GPU).
I’m trying to find if/where/how in the BIOS, I can bifurcate PCIE Slot 3 to x4x4?

I’ve opened the [Beta] 2.50 BIOS in AMIBCP v4.55. I’ve found some PCIE related areas, but nothing that appears to give the option of setting a slot to x4x4 (or anything indicating a slot speed at all actually, the drop downs I have found that could be edited are for setting the PCIE Generation 1/2.0/3.0 rather than the lanes and bifurcation etc).
The parts of most interest that I found were:

I don’t really know what I’m doing, just looking around for things I’ve seen suggested in guides for other loosely related Z87 boards (mostly Asus Z87 variants) or Asrock boards (but not Z87 that I could find).

Do I need to do something to add the ability to get bifurcated slots speeds (i.e. x4x4) to show up somewhere? (i.e. add a ‘module’?)
If that’s not possible, do I need to manual change a register somewhere? (if so, how do I find where and to what?)
Or, is what I’m hoping to do just not possible?