Welcome dear readers to another edition of the people’s review, today we will be looking at something I do far too few of, a DDR4 memory kit review. The kit on test today for your perusal is the Patriot Viper 2x8GB PVB416G3600C7K Blackout Edition. The name is certainly a bit of a mouthful but can the Vipers live up to their name or has this Viper taken a bigger bite than it can swallow? Let’s find out. 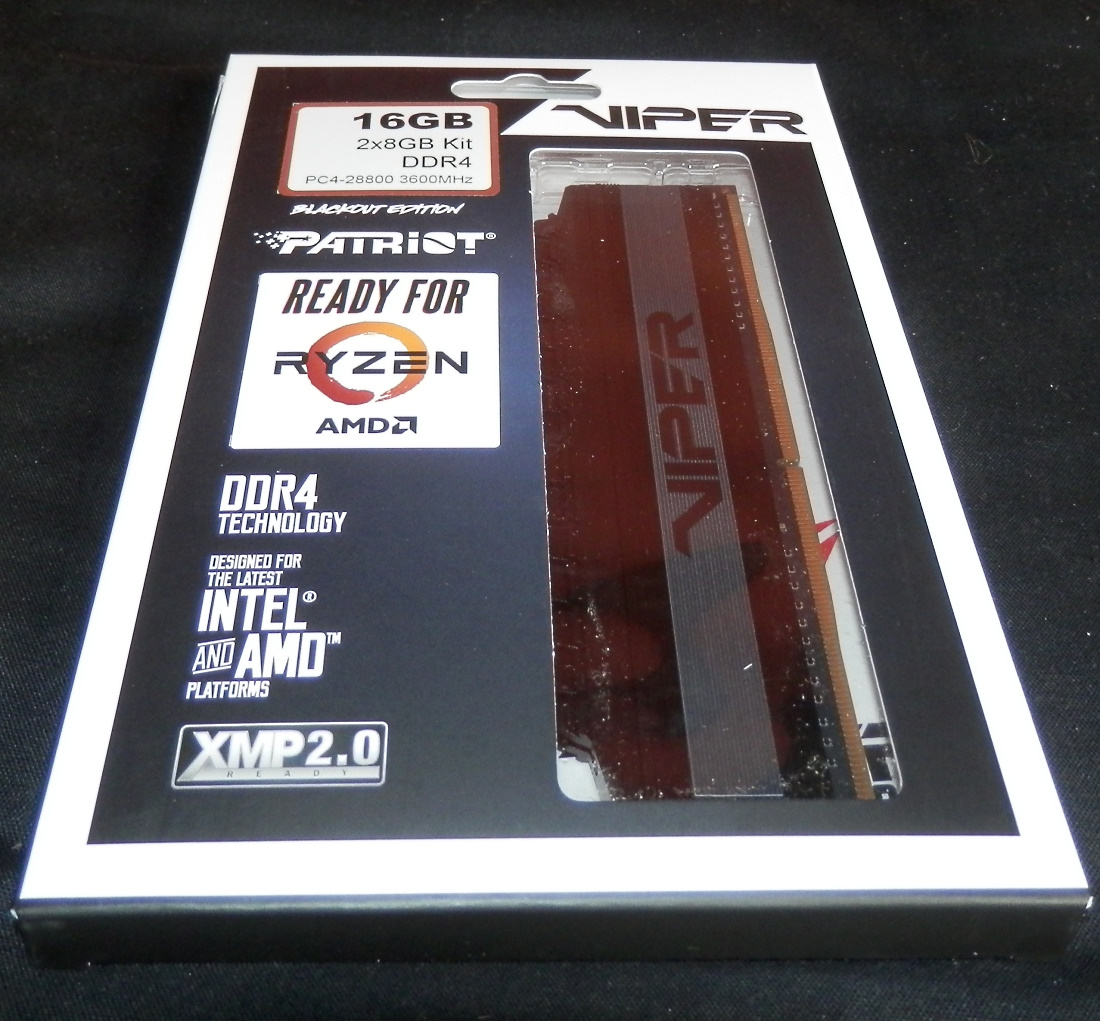 As usual packaging up first, there really isn’t anything to comment on here the packaging is pretty standard, which is to say memory manufacturers don’t invest enough in to the packaging to ensure the product within doesn’t get damaged in shipping if you ask me. At least Patriot are good enough to offer some reassurance that the memory is tested and qualified on both AMD and intel platforms though something which other manufacturers don’t provide without some digging. Call me skeptical but despite the assurances as someone who used to do work for Mushkin Memory in testing and R&D I’ll be the judge of just how “designed” they are for the AMD platform, AMD always seem to get the rough end of the stick from memory manufacturers. 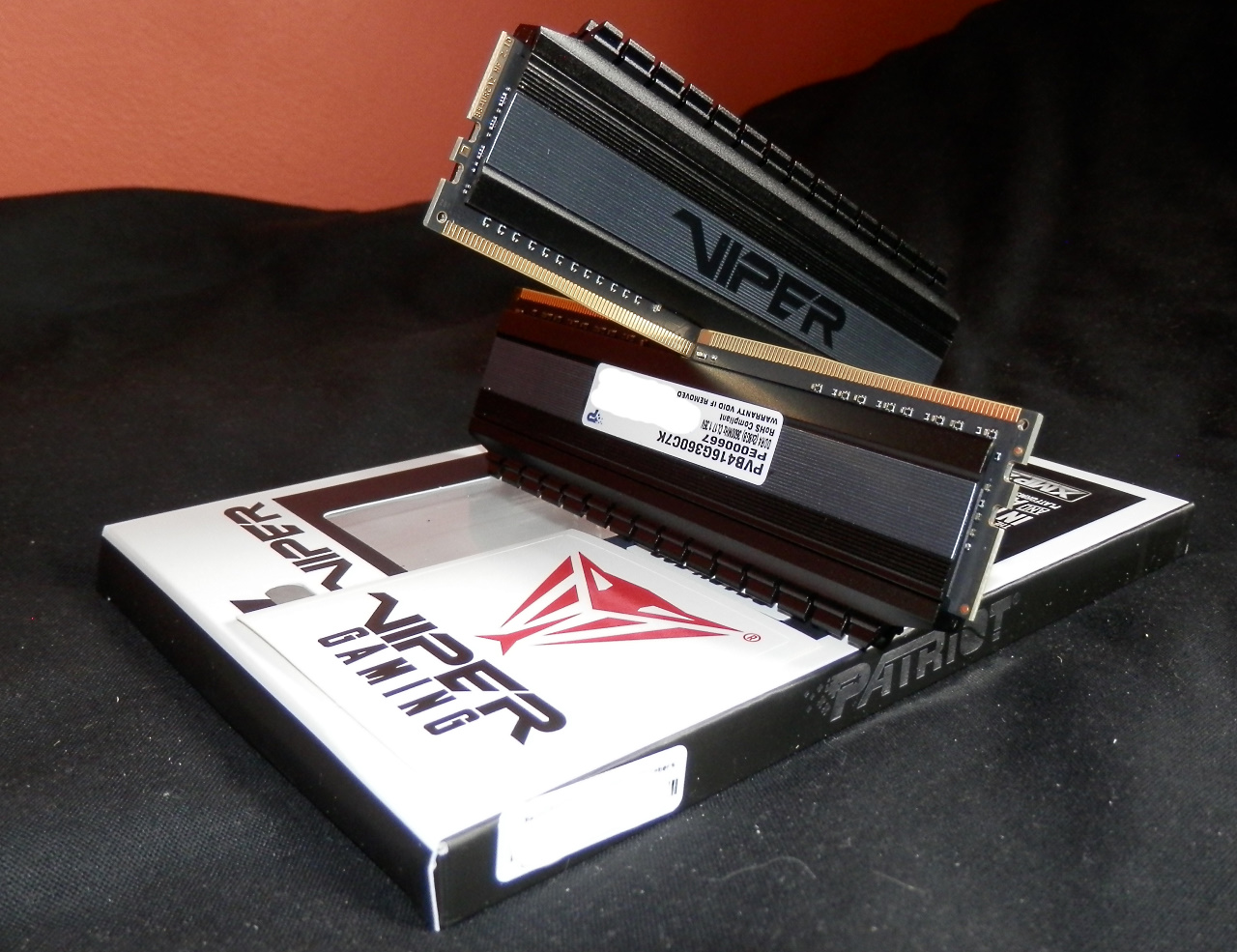 A closer look at the memory doesn’t have anything immediately stand out as noteworthy or special the heatspreaders are about as basic as it gets (I wish the honeycomb HS design would start to be used again) but you can at least remove the fins if you are in need of making the heatsinks more low profile. You can have a tiny nod of approval for that Patriot, oh, and there's a stick. Anyone care about the sticker? No? Me neither. This particular kit is rated for 3600MHz with timings of 17-19-19-19-39 timings so straight away without even looking I can tell you this kit is going to be using Hynix ICs, which in my opinion makes them better than Samsung C-Die but it’s hard to say that’s good or bad for these Vipers as really nothing stacks up to Samsung B-Die everything looks underwhelming next to B-Die.

So overall there’s still not much to say about these Vipers they don’t look particularly deadly and they are yet to show they’re fangs.

Now before we go any further I’ll say this here as it’s the most appropriate place to do it, I did intend to test this memory with a 3700X but the current world situation has lead to me waiting, and waiting… and waiting, in the process substantially delaying this review yet there is still no sign of the 3700X so we will have to get on the best we can with an R7 2700.

Prior to the benchmarking process I tested both firmware 2.8 and C2D0 for the Gaming Pro Carbon ultimately I stayed with 2.8 as the C2D0 firmware has SERIOUS issues MSI need to address with it, specifically I’m talking about how the system would fail to POST after a power down with any memory frequency even beginning to approach respectable. This issue happened with both an R7 1700 and R7 2700 so the problem is not the CPUs IMC, and also happened with a kit of Samsung B-Die memory and this very kit of Patriot Vipers using Hynix memory. Now, because MSI acted thicker and were about as much use as a felled great oak tree (despite me telling them what the problem most likely is, they just had to test and release an update) I went ahead and modified firmware C2D0 myself, it needs testing however to see if I’m right about the root of this issue. You can try this modified firmware for yourself [>>HERE<<.

Ok, so on with testing we go. Compatibility was a bit wonky for the Vipers out the box so I ended up leaning on my own vast experience with Mushkin to get the kit up and running properly but are still representative of what kind of performance you can expect from this kit. 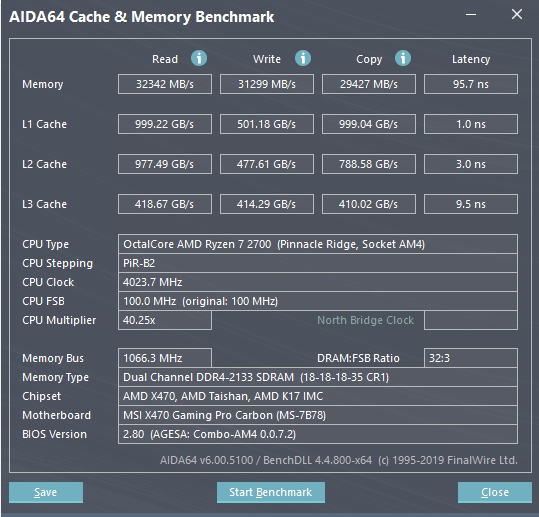 The old stalwart first, 2133MHz AIDA results aren’t too shabby, latency is predictably awful at this speed for Zen nothing out of the ordinary here. 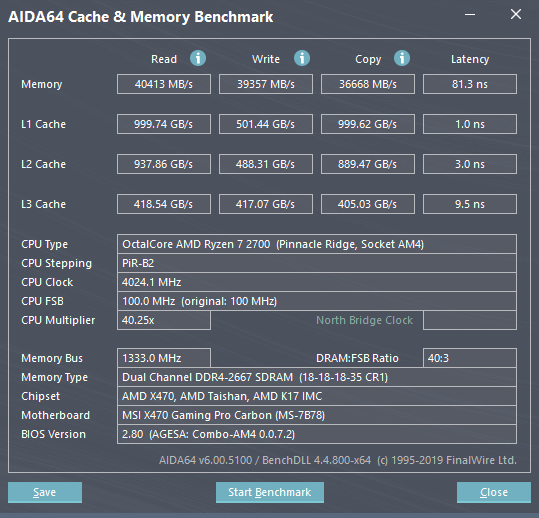 Stepping up to the bare minimum frequency you should really consider running with AMD Zen shows healthy increases across the board but at 2667MHz you are still leaving a lot of performance on the table with AMDs platform. 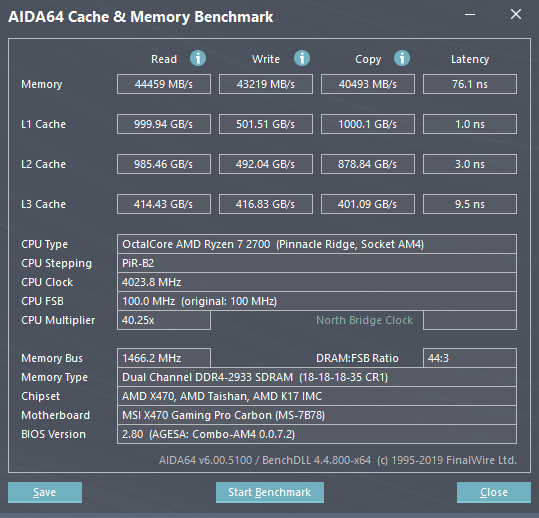 Moving up to 2933MHz we start to see what most people would consider average numbers for Zen, still nothing out of the ordinary and indeed for Hynix based memory these results can be considered quite good. 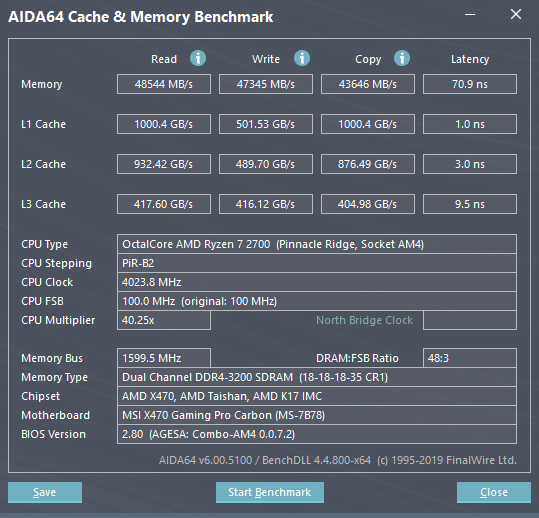 This is looking more like it and what I would say should be the minimum memory frequency you run with an AMD platform. Scaling so far has been very satisfactory despite the stigma that comes with running memory with looser timings than the widely accepted 16-16-16-35. 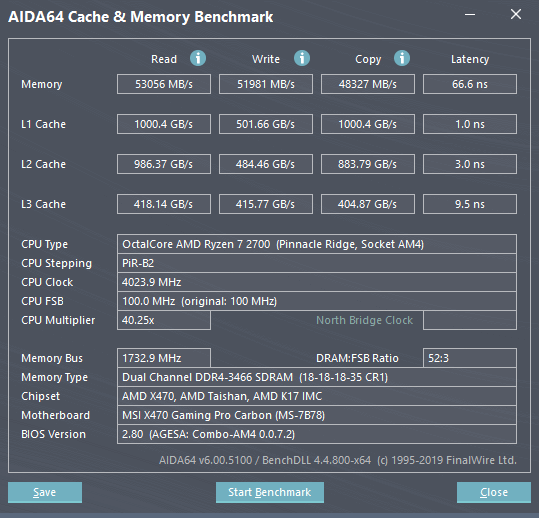 Venturing further north 3466MHz shows another rather large boost even over 3200MHz and a further latency reduction of 4.3ns is nothing to turn your nose up at. 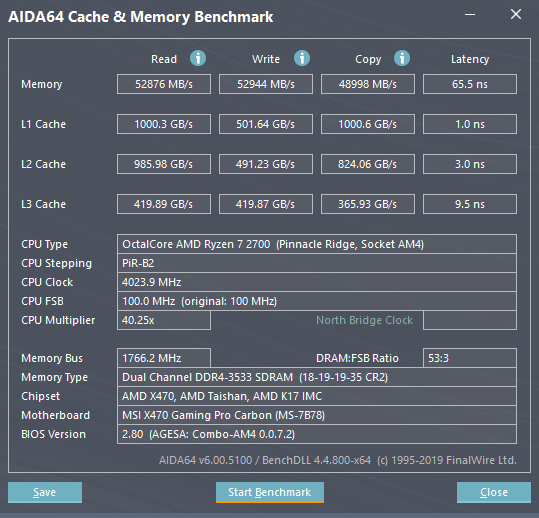 At 3533MHz the kit of Vipers started to fall down, 1T had to be dropped to 2T while primary timings needed to be adjusted to 18-19-19-19-35 while secondary and tertiary timings also had to have a couple minor adjustments. Its hard to say if these changes were a necessity due to the R7 2700 IMC or just the memory but based on what I saw I would say it was down to just the memory beginning to go past that optimal threshold. 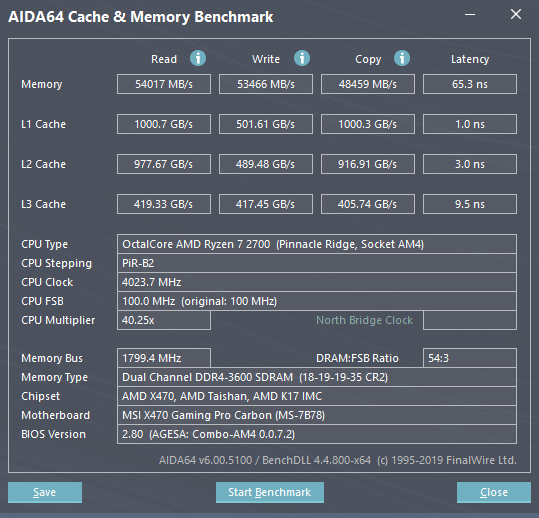 Lastly we reach what is for a 2700 the fairly giddy heights of 3600MHz, and again at this speed minor adjustments were needed for secondary and tertiary timings. I’d say the kit has definitely been pushed by Patriot out of it’s optimal comfort zone at this point but none the less we do see a tiny improvement compared to the 3466MHz and 3533MHz AIDA results, an improvement that I would consider to be negligible.

With the AIDA results behind us it is time to move on to something real world. 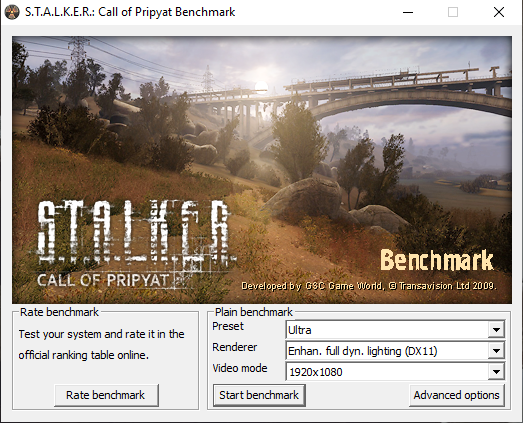 Our real world tests see Stalker: Call of Pripyat get dusted off, the engine the game is built on, X-Ray 1.6, is highly sensitive to any system instability due to it relying as heavily on the GPU as it does the CPU and system memory subsystems making it an exceptionally good test to measure performance improvements gained from different memory frequencies and timings. 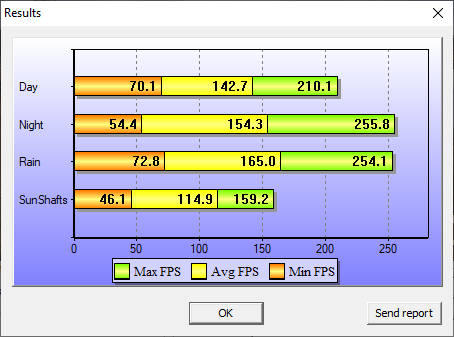 Unsurprisingly at 2133MHz there isn’t much to write home about here due to the high latency and low memory frequency minimum frame rates particularly are both all over the place and somewhat unimpressive. 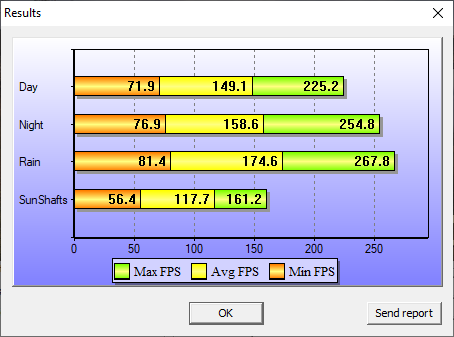 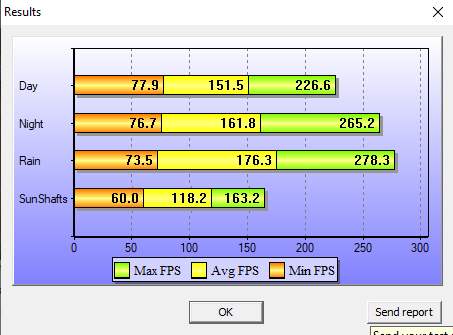 At 2933MHz there isn’t really any change over 2667MHz but things are a little more ironed out and consistent, you’re also hitting that magical 60FPS minimum in the sunshafts test. 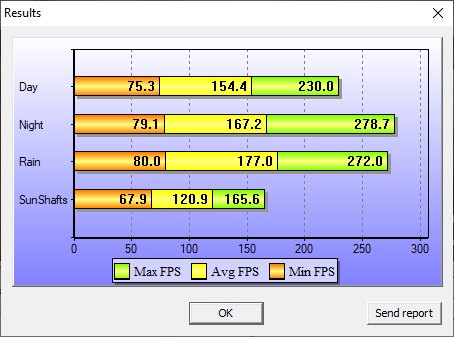 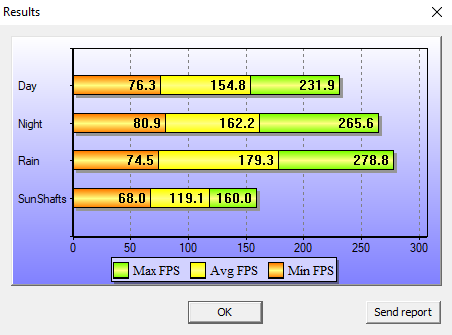 Once again at 3466MHz the story from earlier repeats itself with there not really being any performance change. 3466MHz however is the frequency I would recommend to anyone with a Zen or Zen+ CPU who wants to be certain they are not leaving behind any untapped potential. 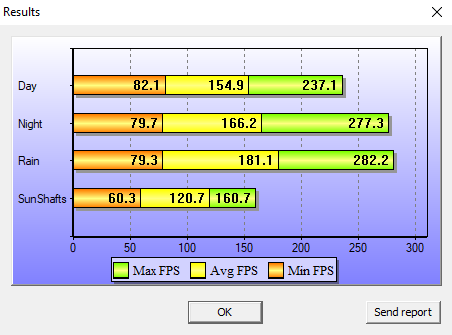 Probably unsurprising to most but at 3533MHz where we had to start loosening timings and dropping to a 2T command rate performance isn’t really any better compared to 3466MHz showing performance leveling off, perhaps even regressing just slightly. 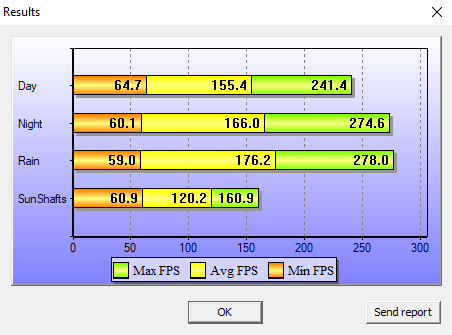 Finally at 3600MHz with having to loosen secondary and tertiary timings further I think it is safe to say that we have entered regression territory average frame rates are no better than at 3466MHz and minimum frame rates have taken a notable hit. Let this be a lesson to all; just because you CAN get to a certain frequency it doesn’t mean it is going to be more beneficial, once you have to start making memory timings too loose you completely negate the benefit of the overall faster frequency.

Given how things started to drop off once we reached this kits advertised frequency I held little hope in the kit being able to overclcok at all so instead first opted to try and improve primary timings, but alas even with 1.4v primary timings would not budge from 18-19-19-19-35 any attempt to tighten them further resulted in system instability. That left to simply seeing if this kit would overclock without having to loosen timings any further and in this regard things were also a total bust. As a final last resort I lowered frequency to 3466MHz and attempted to tighten up primary, secondary, and tertiary timings further, this yielded some minor results worth mentioning. 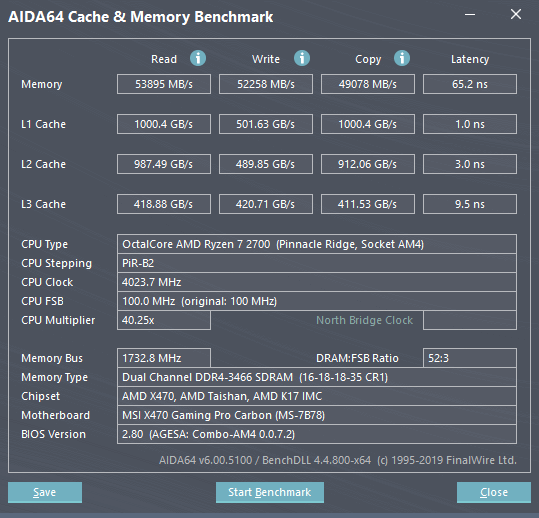 Here we have the final “overclocked” result for these Patriot Vipers, as mentioned earlier compatibility was a bit wonky so I used my own experience from being in the memory arena to iron them out, as such timings were already pretty optimized but some fine tuning allowed the kit at 3466MHz to match the performance of the kit at 3600MHz in the synthetic AIDA test, that’s not too shabby but neither is it anything particularly note worthy. 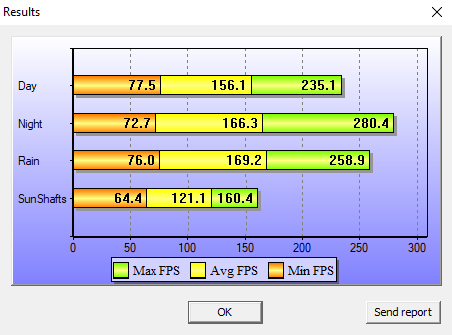 That’s it for this review, time to wrap things up.

Where to start, it would be fair to say that Patriot do not have the largest reputation and that would be with good reason you see I have looked at a fair few Patriot products over my many years occasionally popping my head in as it were to see if they have improved with time but Patriots problem is that they have found themselves a nice comfortable seat that they are content with and seemingly have no desire or aspirations to challenge to be top dog, which is a real shame because with a little more effort they could do it. The Patriot Vipers themselves don’t leave a bad taste but nor do they leave a good one either, as a 3600MHz memory kit they are underwhelming with zero headroom with timings or frequency to speak of, would the kit have done better if I had my 3700X? Possibly, would it have been to any degree that would change the opinion of the kits overclocking capabilities? Probably not.

Aesthetically the Vipers aren’t much to look at, no LEDs if that’s your thing, basic heatspreaders, and as far as creative design goes removable fins and that’s your lot. At a minimum of £100 plus shipping these aren’t even the cheapest 3600MHz kit you can buy, or the best spec. That award goes to the Crucial Ballistix BL2K8G36C16U4W (or BL2K8G36C16U4R if you want the red heatspreader version) that are around the £90 mark with 16-18-18-38 timings vs. the Patriot Vipers 17-19-19-39.

In all honesty this Viper kit may well claim to be 3600MHz but I got the distinct impression this kit is nothing more than a fairly good re-binned, overclocked, and repackaged 3200MHz kit. Patriot over reached here this kit would have been much better off being packaged as a 3466MHz kit and leaving that headroom for up to 3600MHz. With this being the case I somewhat worry for lower speed Viper memory kits in the range, they must be some real bottom of the barrel stuff. With that said if you are a budget minded gamer and can find this memory kit for £80 or less it represents an interesting value and performance proposition, not as a 3600MHz kit, but a 3466MHz one.

I have the older red Viper 4 version of these that actually did come with Samsung B-die, though not very great ones. Also being on A0 PCB limits OC frequency.