I have 860 EVO 500GB Sata III and in my case the write speed drops down to ~300MB/s because the SLC cache fills up to 22GB and it won’t flush, not even if I power my computer off, causing the SSD to write directly to the slower TLC memory. 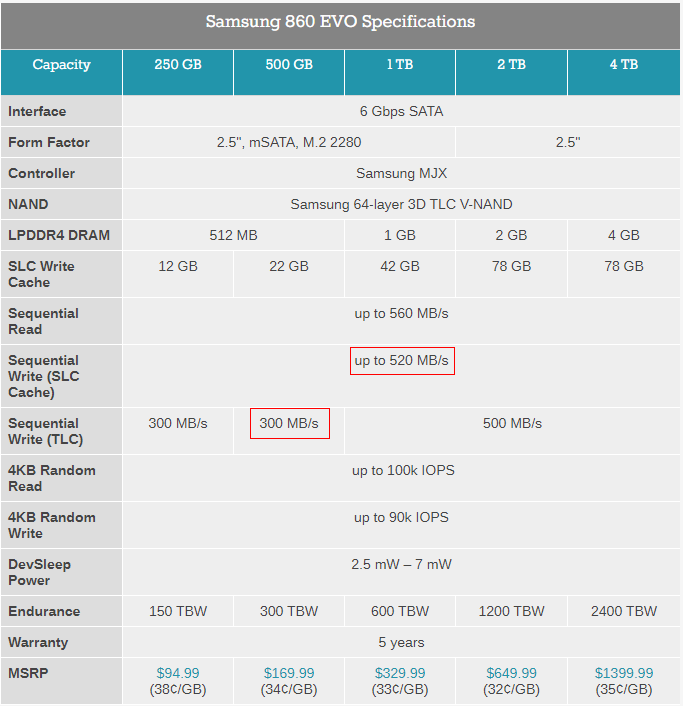 I tried several times and I’m sure it is the SLC cache filling that’s causing the poor write speeds. The weird thing in all off this is that if I go to BIOS and change any setting the SLC cache gets empty and I recover my speeds(~530MB/s sequential write). I know this is very strange but after changing some specific BIOS settings I came to the conclusion that any change would flush my SLC cache. Maybe the problem is a conflict between the SSD and the BIOS. I have an old MSI Z77A-G45 mobo with the latest BIOS version, I can’t do much about that. Anyone has a clue of what is happening?

22 views and nobody has a clue?

Solved! Some background services were interfering with SSD’s SLC cache.