Hello, I bought a 20-1 pin tpm 2.0 module for my motherboard. Her model is an ASUS b85m-e/br 4th generation intel. After the arrival of the tpm module I installed it on the motherboard and then turned it on and went to the BIOS to activate it, but I came across a warning, “tcg efi protocol and int1a interface will not be available”. In addition to this warning, it also warned that despite the tpm being active, windows would not recognize it because it did not have these “tcg efi and int1a” protocols.

That said, I would like to know if there is a way to “install” these protocols in some way or if there is any other way to solve this. 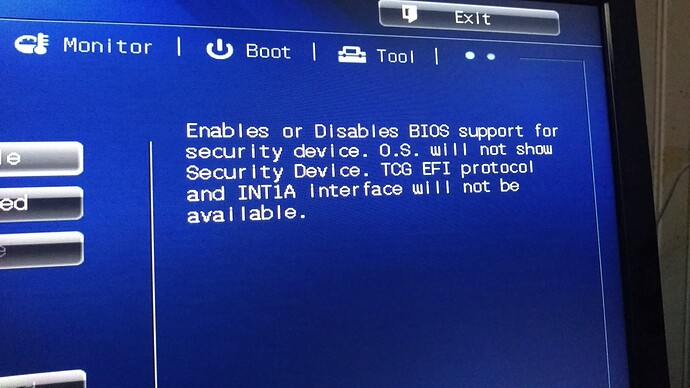 Sorry for the writing, I’m not fluent in English.

Almost sure to say that the motherboard doesn’t support TPM2.0, they were released when TPM1.X was current the standard (1.2), mostly TPM2.X was later supported on 100 series up.
This only can work with a new bios from the OEM with support for it, witch probably you wont get it from Asus.
Dont ask for a mod cause no successful reports were made in 7/8 series, some very very few 9 series had success with requests to the OEMs with new bios for TPM2.0 support.

Off course TPM security device protocol is only available in OS/UEFI bios/mode, just to clarify.

EDIT: As told as before…no report of sucess in a mod for 7/8 series for TPM2.0 support, so as far as i know only asking Asus…dont count on it.

Do you think there is any way I can get a bios that has these protocols that I need for the system to recognize tpm 2.0?

Note: My motherboard’s bios is UEFI. 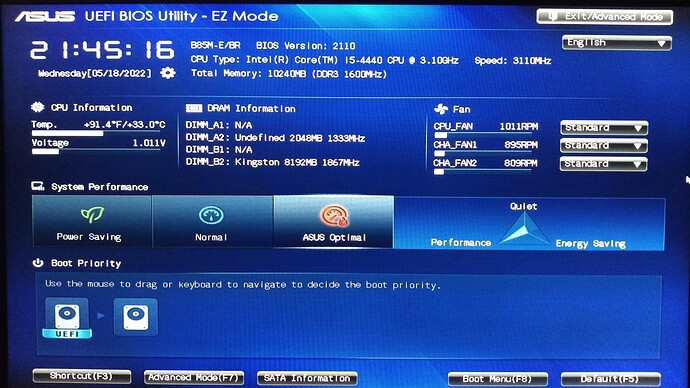 @Scylla, I can try to help you.
BUT!!! You must to have CH341 programmer. The result after mod BIOS is unpredictable.
I waiting you answer.