Hello, I recently got my hands on a 13" LG Gram with Ryzen 5 4500U. My main goal for this is to use it for coding on the go, making use of WSL2 to run an ubuntu installation. WSL2 requires virtualization is enabled. The Ryzen 4500U supports virtualization as can be seen in the following HWInfo screenshot. 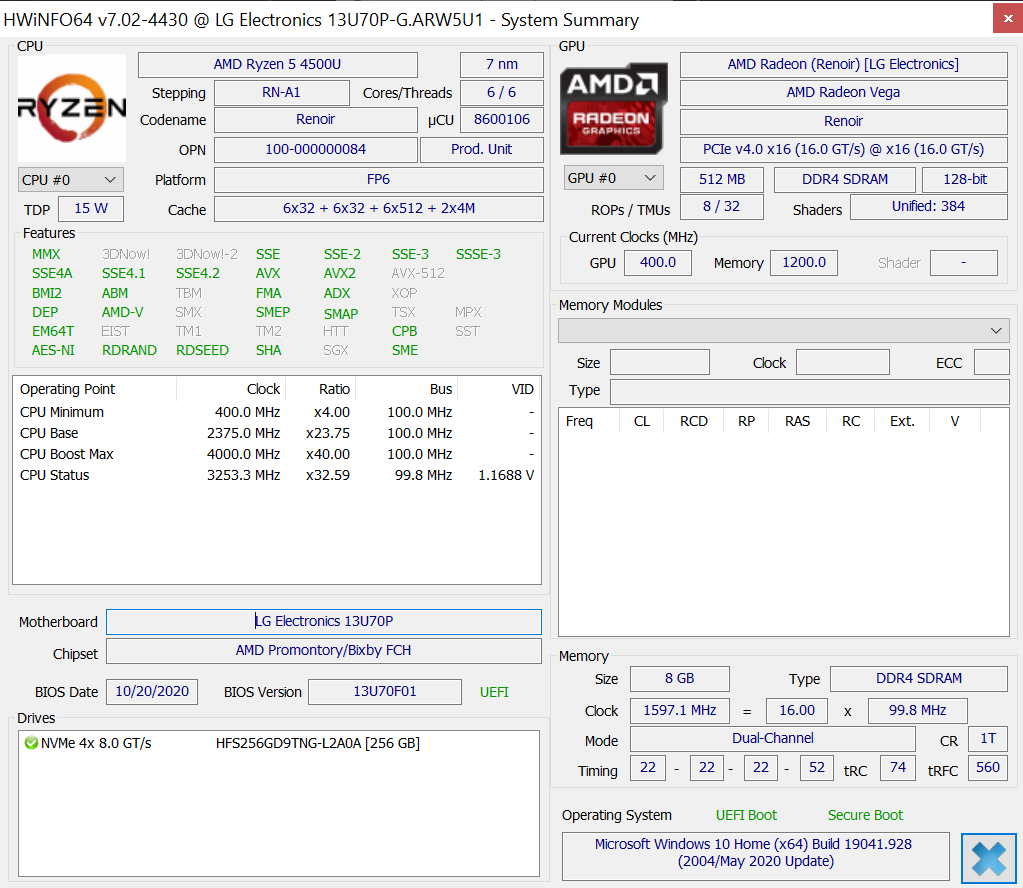 Easy. Just go into the BIOS an enable it…
Well as you can see from the following images, the AptioV BIOS that ships with the LG13U70P-G.ARW5U1 is pretty anemic. 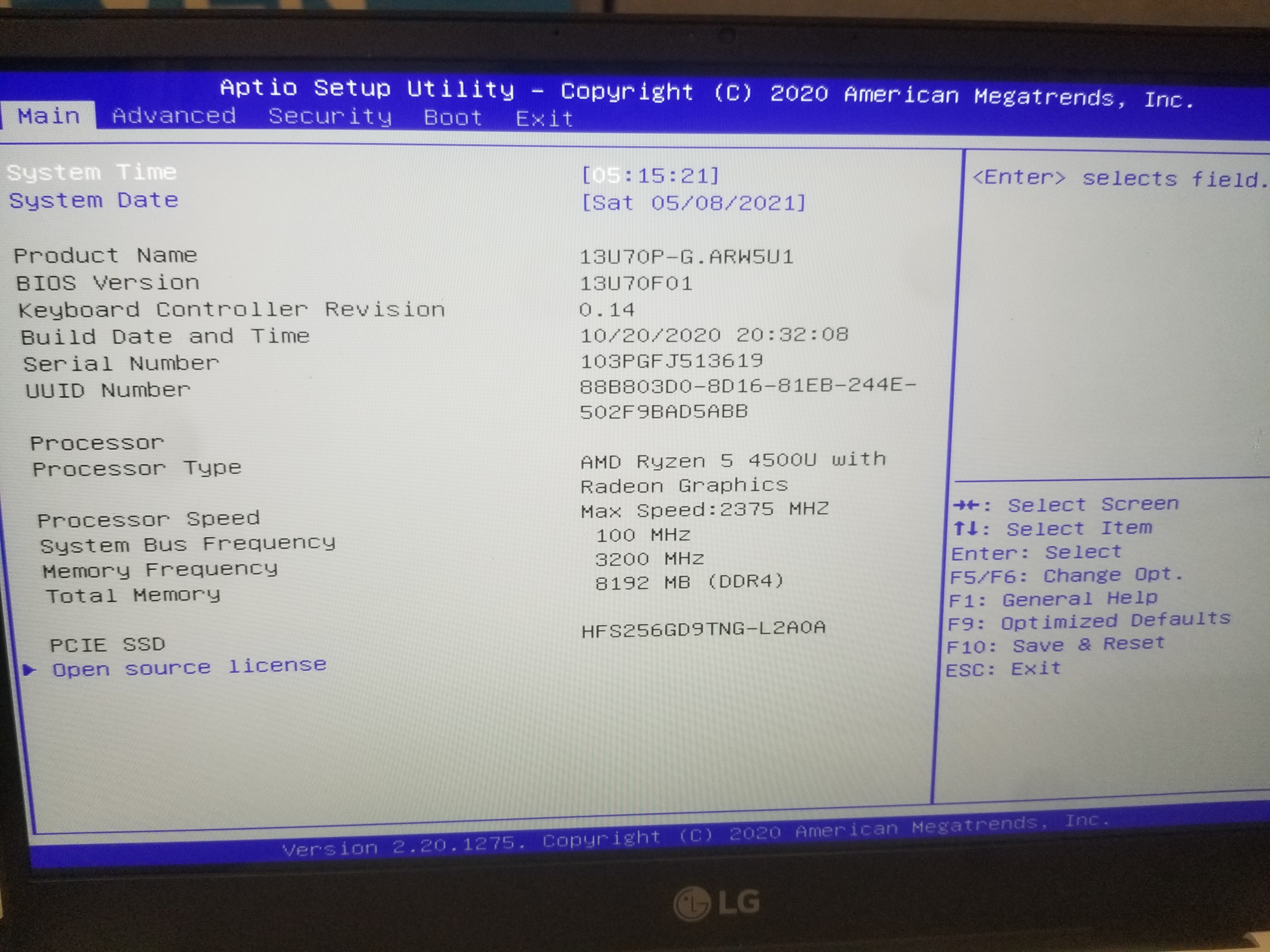 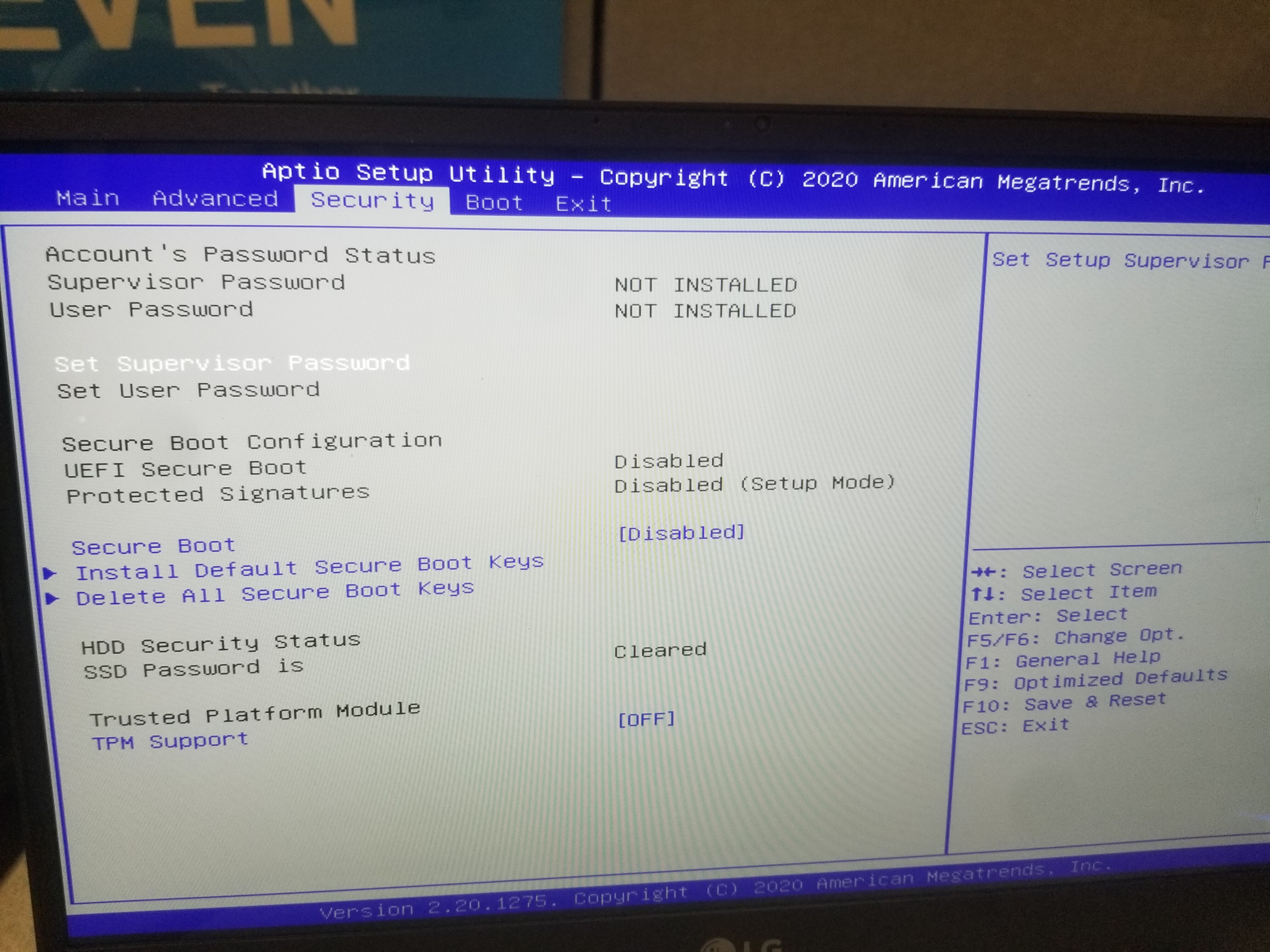 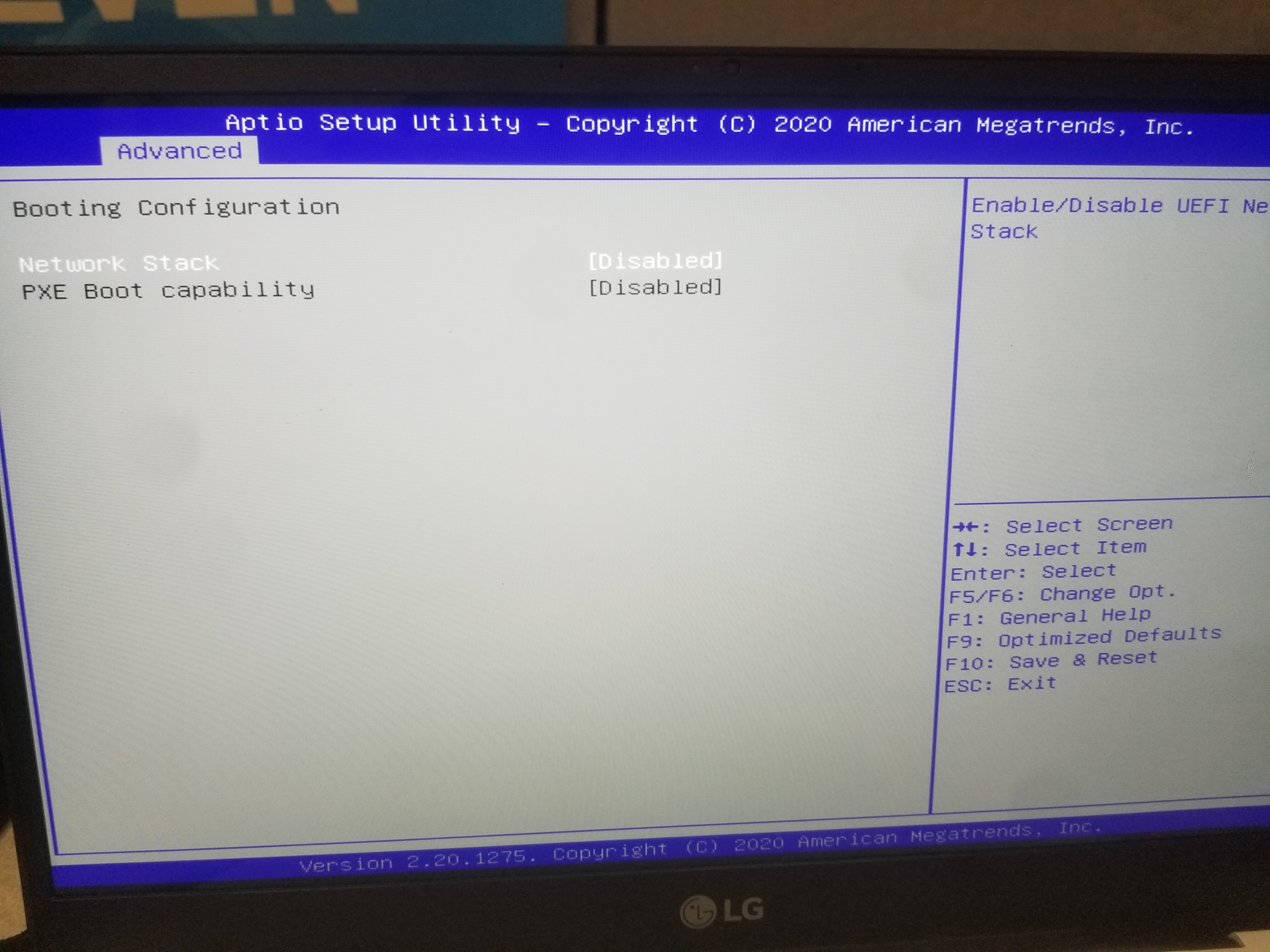 Ok, so we’ll just mod the BIOS using the guides from the fine folks on this forum. 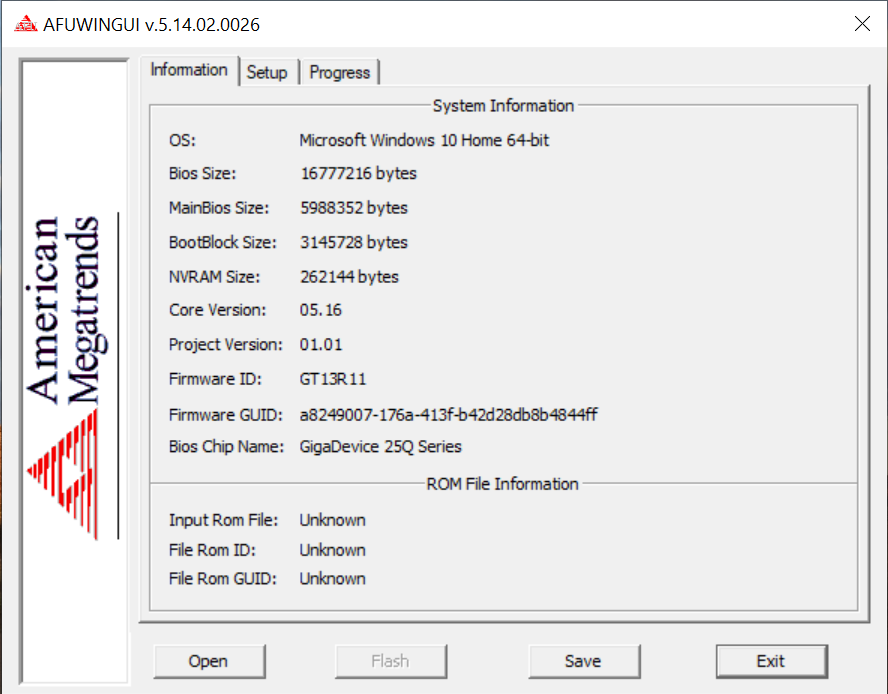 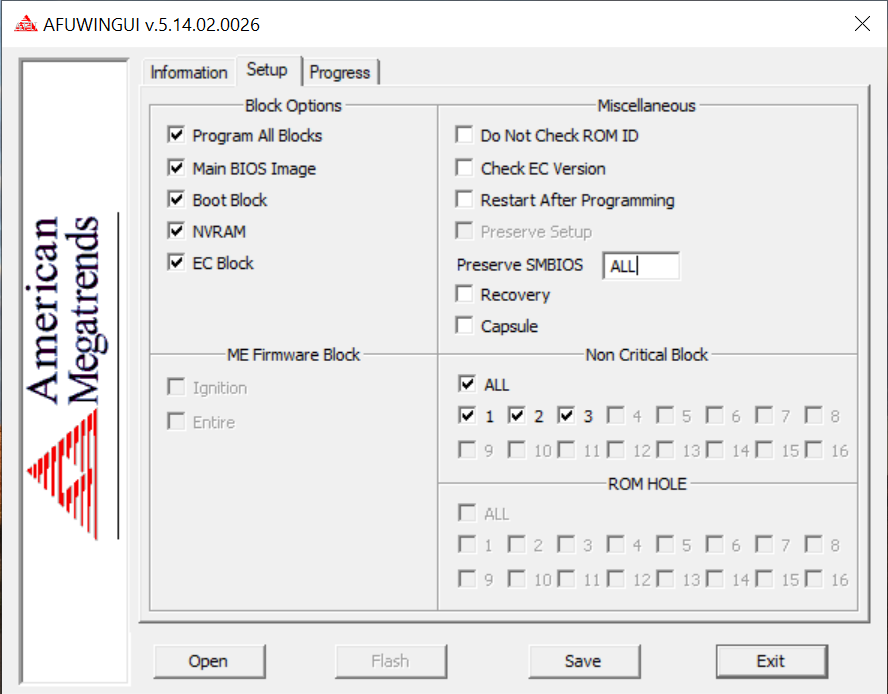 All seems to be successful so I use AMIBCP to mod the BIOS to enable the SVM for virtualization: 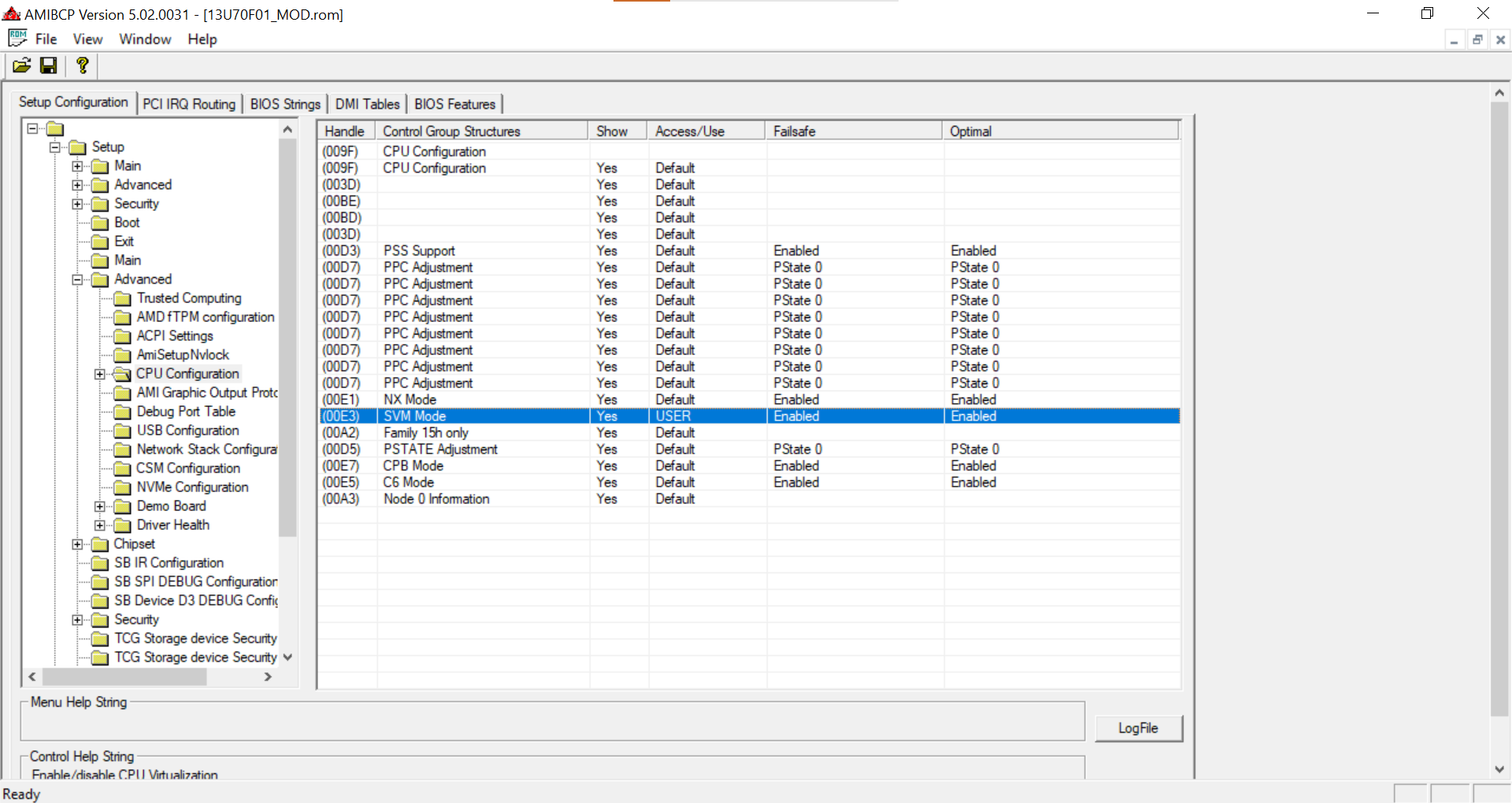 Now to flash the modded BIOS. AFUWIN gives the "Error-18 Secure ROM flash verify fail" on attempting to flash the new BIOS so per the advice on the forum, it looks like I need to go to unlock it.

So I turn to the UBU tool: 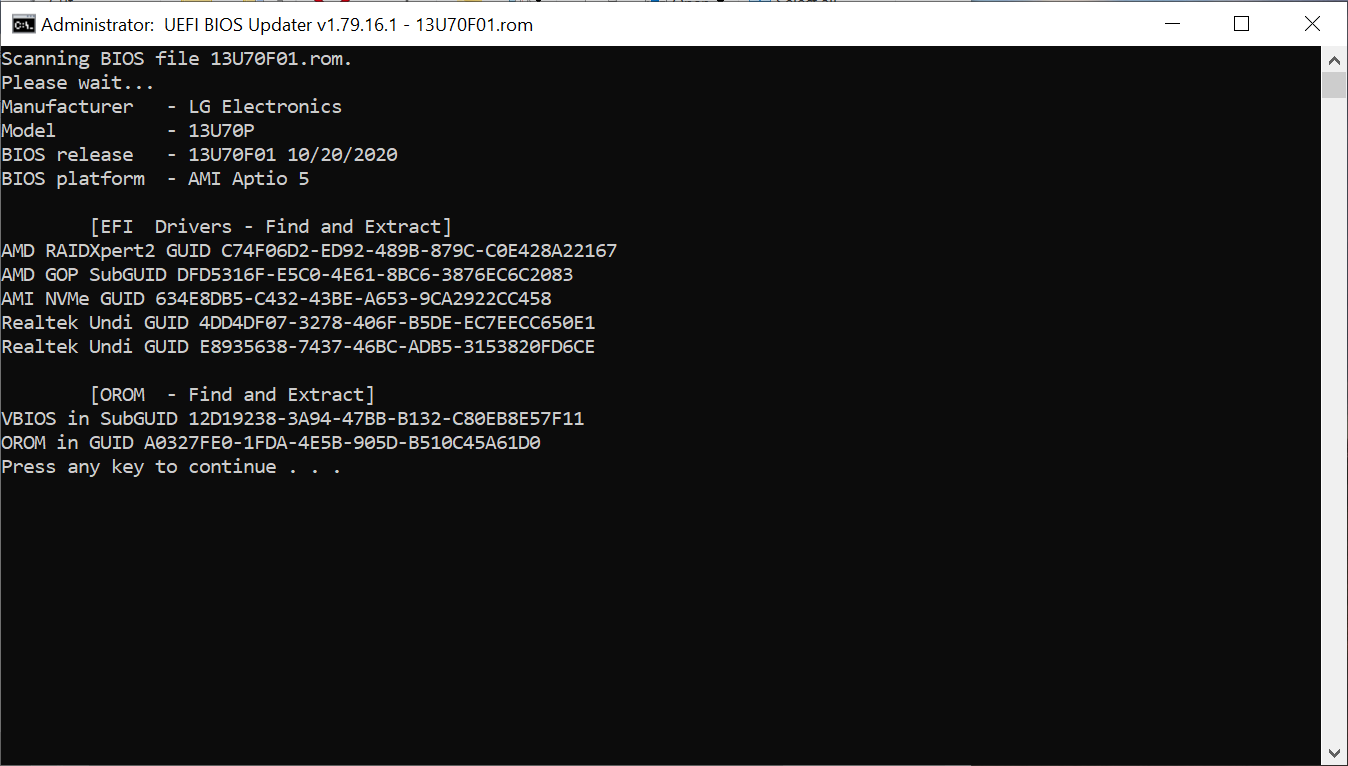 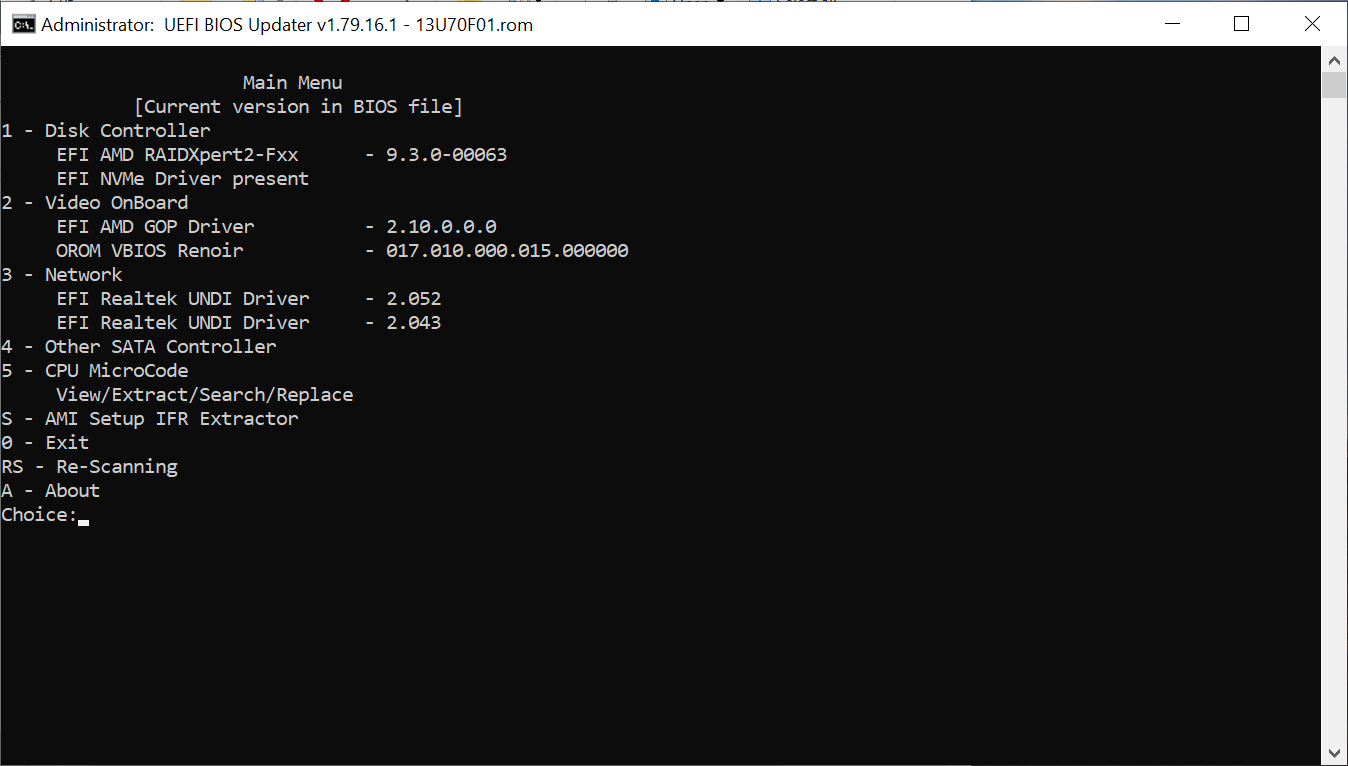 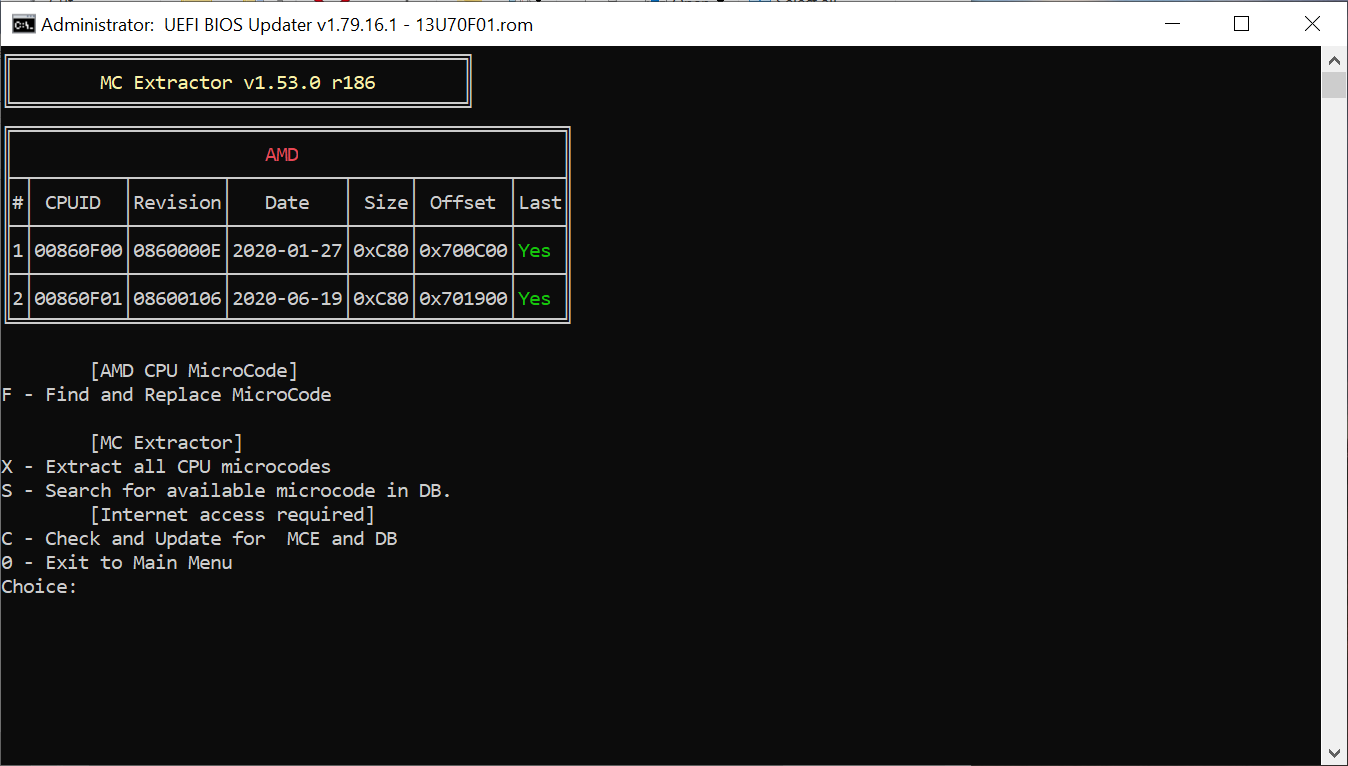 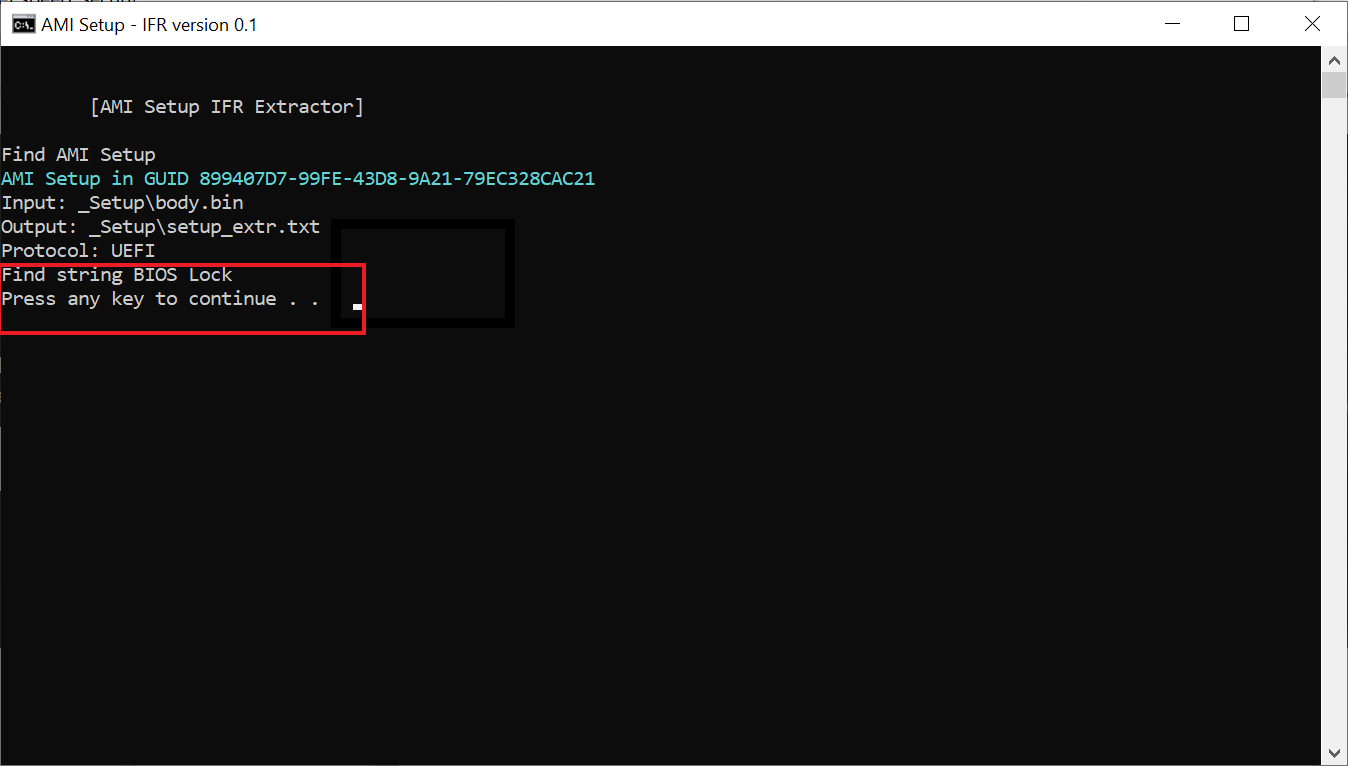 As you can see from the screenshot, IFR extractor can’t identify BIOS Lock.

Using some other tools like Universal IFR extractor v0.7 gives a protocol error.
Opening the ROM using tools like UEFITool and searching for things like “BIOS Lock” I’m not able to find anything relevant.

At this point I seem to be stuck. It looks like the BIOS is write protected given the output of AFUWIN, but none of the tools I tried have been able to identify where the lock is in order to move further.

Any and all help would be greatly appreciated.

@exige81
I had my hand on my friend AMD laptop and also didn’t find bios lock variable.
Than I got it.
The thing is that on Intel x86 architecture (according datasheets) the bios lock is documented hardware register sitting on Isa PCI bus.
But the AMD x86 has differnt PCI buses.
I even started briefly read some AMD datasheets to find similar feature but didn’t find it.
So, Bios vendors like AMI or Phoenix is one thing but even if you has AMI bios as some Intel cpus laptops has, the Bios lock is related just with Intel hardware, so if you are suffering with any protections, it is not related with Bios Lock that I described.
Hope it helped. You have to dig more but on the AMD side.
Dan

@DaCou Thanks for the insight. Do you know of any resources that might be helpful as a starting point? I think there are also some lenovo laptops that use the same chip/architecture so maybe I’ll do some digging there as well to see if I can figure something out.

Thanks again for the help!

@exige81 I don’t have a clue because I am interested just in intel hardware.
But if I were you I would just buy a cheap programmer, make your AMIBCP mod and than flash it with programmer.
Just to be sure you don’t have 2 bios chip on your mobo and if yes, you have to solve which one is for bios.
Here is the nice guide for programmer to work and I would strongly recommend to go with flashrom on Linux. It looks strange but it is more easy then messing with Windows drivers even for Linux starter as I am.
[GUIDE] The Beginners Guide to Using a CH341A SPI Programmer/Flasher (With Pictures!)
Good luck!

Yes, that sounds like probably the best approach for my case. Thanks again for the help!