Hi
First time I write here but I have been here many times before to find some answer of my problem and I like this forum alot.

Why I now write here is because I have problem to help a friend to install Windows 10 on a NVMe drive on his HP DL380 G8 server.
About two years ago I did got his old workstation to work with NVMe and Clover so I was thinking I maybe can got this to work too but it was not so easy.

That I have done is this
Install a SSD disk on the server
Install NVMe disk on the server
Boot Hiren’s Boot (Latest version) and run diskpart (Clean and Create Partition Primary) on both SSD and NVMe
I have then try to run BDU (Latest version) but get error it missing some DLL file so what I have done is connect the SSD to a computer that run windows 10 and then run BDU and install Clover (Latest version)
But when I trying to start the server it just say “6” and do not start Clover and what I understand that is a error code for Clover but I have no idea what it means.

I have try to run the SSD disk on a old AMD computer and Clover works so Clover is install correct on the server.

After that I did try DUET so I did run the software and create a DUET with REFIND. No error show when i create it
I then try to boot USB on the server but it just show some red text very quick and then just flashing red underscore.
I have try to run the USB on a old computer but it just say wrong resolution so I can’t see anything.

Not sure what more I can do.


/UPDATE
I have now run DUET with no REFIND and now I can see the red text and it say "MBR Start"
It also say it can’t find any OS but I have not install any yet.

It is more easy for me if I have a computer at home to try and I have a HP Z240 that I can try on.
I have disable UEFI and only run Legacy so I can try to see if I can get M.2 disk running.
That I have done is this.

Add a M.2 disk and a mechanic hard drive in my Z240.
Create a WinToUSB so I can boot up computer.
When I’m now in windows 10 (Home) I did run diskpart.
I did have first make the disk online and remove write protection on both disk (M.2 and mechanic hard drive)
I did run “clean” and “create partition primary” on both of the disk.
Run DBU and select mechanic hard drive and then install Clover.
It download the latest version of clover and no error.
I did copy the file NvmExpressDxe from Off folder to BIOS and UEFI folders
I then shutdown the computer and unplug WinToUSB.
I plug in Windows 10 installation USB drive that is in UEFI
I startup and make sure it boot from mechanic hard drive and Clover shows.
I go to clover shell and run managment and then “Boot from file” but when I do that I get this error 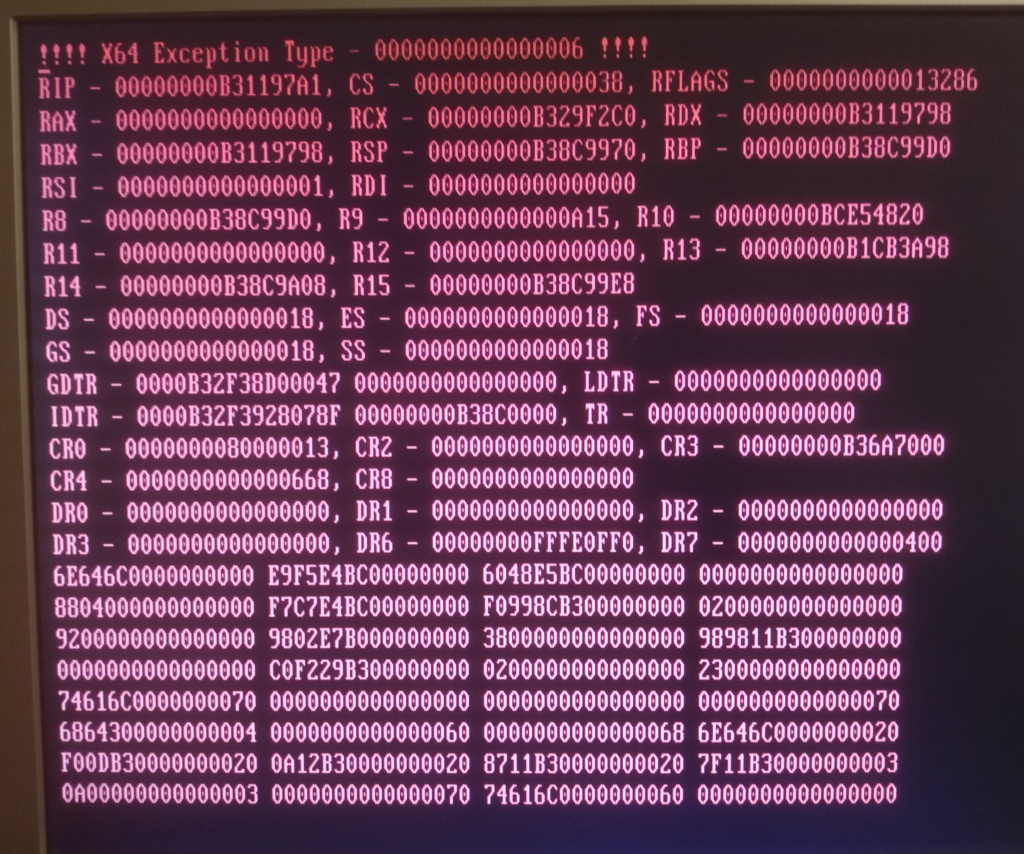 i have the same server and had the same problem , there is a problem with integrated video in DL380 g8 . I used a video card , and than duet worked . however use the 2015 version , since the new version cant see usb .