use the last Bios Beta F5h 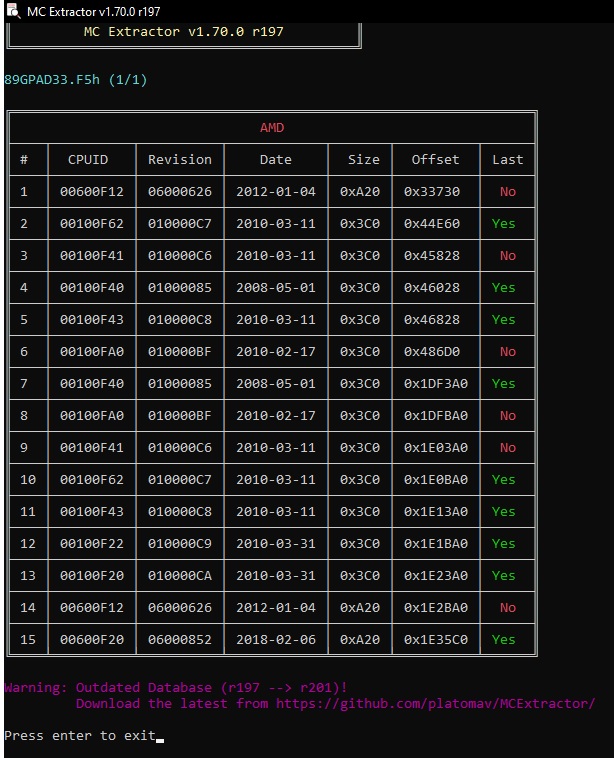 UBU is for UEFI bios not legacy like ur motherboard bios.

EDIT: It was designed for updates EFI modules in Aptio4/5 pure UEFI, ur bios is AWARD core and the so called Hybrid EFI…not really
And by the way, only revison 3.1 supports FX processors, still not 8350.
CBRom and MODBIN is the used tools but its very tricky to mod/flash this bios mods, on this old bios types.

UBU is for UEFI bios not legacy like ur motherboard bios.

but Update Hybrid EFI version its not work?

but how to? i can read bios with a programmer and generate backup to edit.

@shinobusensui
Could you tell me what you want?

Ok…here u go, u may get lucky and get a dead motherboard.

Why for bios, nothing in a 20 year have a brick. only is a not power on by KBC is a death.

Well then nice for u, go ahead and swap, add, wot ever my friend.
Im not making that mod for anyone, so i already gave my help and tips, the rest is up to u, read learn and do it, good luck.

According to MCExtractor 600F20 is already in the list

According to MCExtractor 600F20 is already in the list

@Sweet_Kitten
Yes in is pic it is because was added… in the original F5h bios its not there hehehe, only the 600F12 for Bulldozer-Scorpius-Zambezi Core, as Gigabyte supported FX series (8100/120/140) not higher (83xx)
that its built on Bulldozer-Volan-Vishera