Hopefully someone can confirm what I’m thinking here. So in short I am modding the latest Biostar GT7 firmware that has been released, got most things done but I want to replace the Realtek 8118AS LAN UNDI Driver where it’s pretty old, march last year in fact. The latest UNDI driver is April of this year. It seems like Biostar are packing or hiding the LAN driver in somewhere as it does not have it’s own module so I’m reduced to searching for the driver simply by searching “Realtek UEFI UNDI Driver” which has turned up a result, extracting it shows it to have a filesize of 118kb where the latest UNDI driver file size is 119kb so this looks right to me. Checking both files with HxD also looks promising I’m quite certain what I found is the UNDI driver but the included driver looks like it has a header? So my main questions are can I go ahead and just replace the driver with the .efi file, or do I need to do something with what looks like a head? I’ll attach a screenshot. 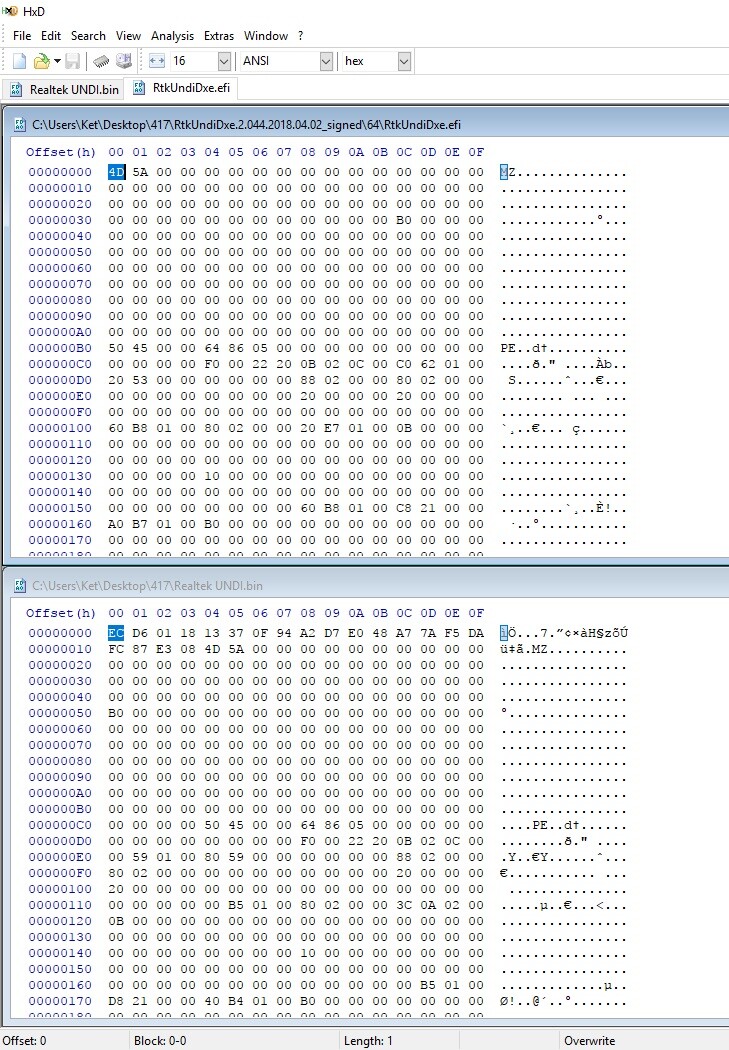