I was given an old Dell Vostro 230 which had bios 1.40 applied already. The Bios size is 1 MB. I backed it up with afudos biosname.rom /O from dos before starting any bios modding.

It had a dual core E6500 CPU (CPU IS = 1067A). In windows 10 it was running at 93% and core temperatures were 41 and 35 deg C. The windows environment would randomly freeze and crash. Memory tests were passed successfully indicating the ram was not the problem

After the modified bios was flashed under dos via ‘afudos mybios.rom /P’ the CPU-Z shows that one of the CPU instruction sets EIST is now red. EIST stands for ‘Enhanced Intel Speed Step’ I believe.

Is this a big deal? should I flash back the original bios?

@sith - Delidded microcodes and info/method/files are outdated. Please upload your stock dump, and your mod so I can check it, then I will update it for you to latest microcodes (all) and add all for 771 Xeon too.
EIST may be disabled in your BIOS, after you flashed, did you load optimal defaults? If not, load those now, then look for that setting (default is usually enabled, but not always)
If it’s enabled already, then could be the old microcode you used is bugged, or method you edited with broke the microcode from loading properly etc.
You can check current applied microcode with HWINFO64, in the little CPU-z like window microcode is use is near top middle (uCU) as you can see in below image. Does this match the version you inserted for 10676? 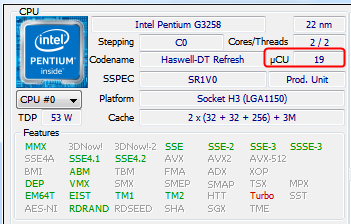 Please also note, Win10 sucks! Win10 will replace your BIOS microcode if it’s not latest version, or if it’s broken etc, so you may not see version you modified in due to this as well, since you would have used an older one from delidded

@Lost_N_BIOS After flashing my bios I did a bios reset using the motherboard jumper. This should have given defaults. I can’t find any reference to EIST in the bios. I had to set SATA ports to ‘Compatible’ instead of Enhanced to get the SSD to boot.

I have attached the original and modded bios in a zip file below.

HWINFO64 indicated the 612 microcode is being used. 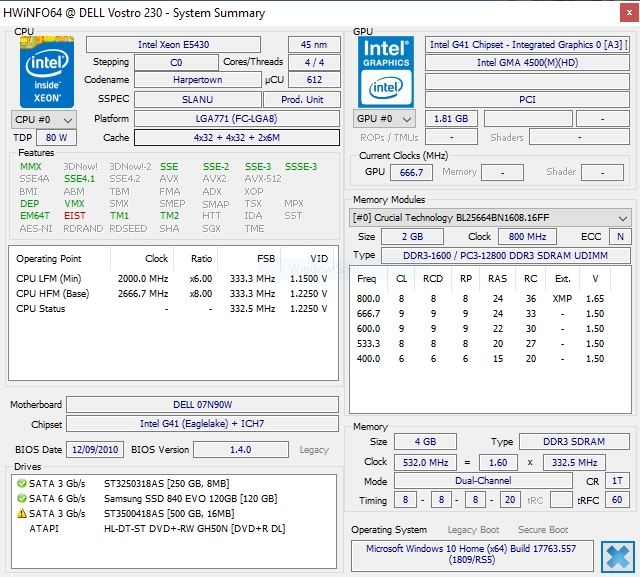 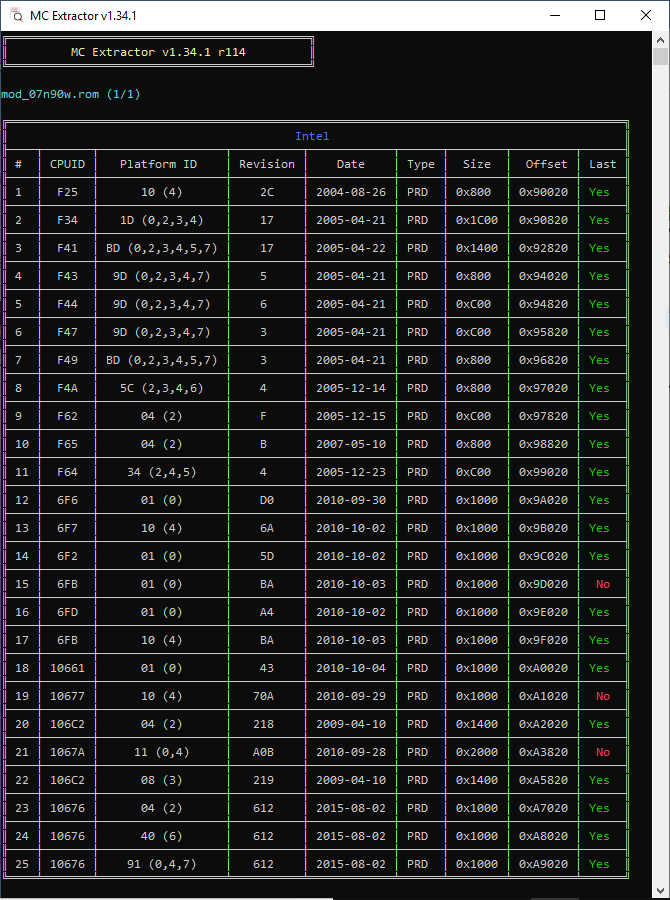