which laptops are supporting NVMe and how to find that

generally speaking how to find if my laptop supports nvme.
for example my laptop is an Asus N552VW which is having one m.2 2280 M type port. also there is an SKHynix m.2 2280 B+M type ssd on it. i need to upgrade it to Samsung Evo 970 NVMe ssd for some reason and there is no NVMe supported ssd near me to check if my laptop supporting it or not. also based on my latest searches i found that for NVMe support my laptop should have a PCIE x4 port. i installed HWinfo64 and found the picture below: 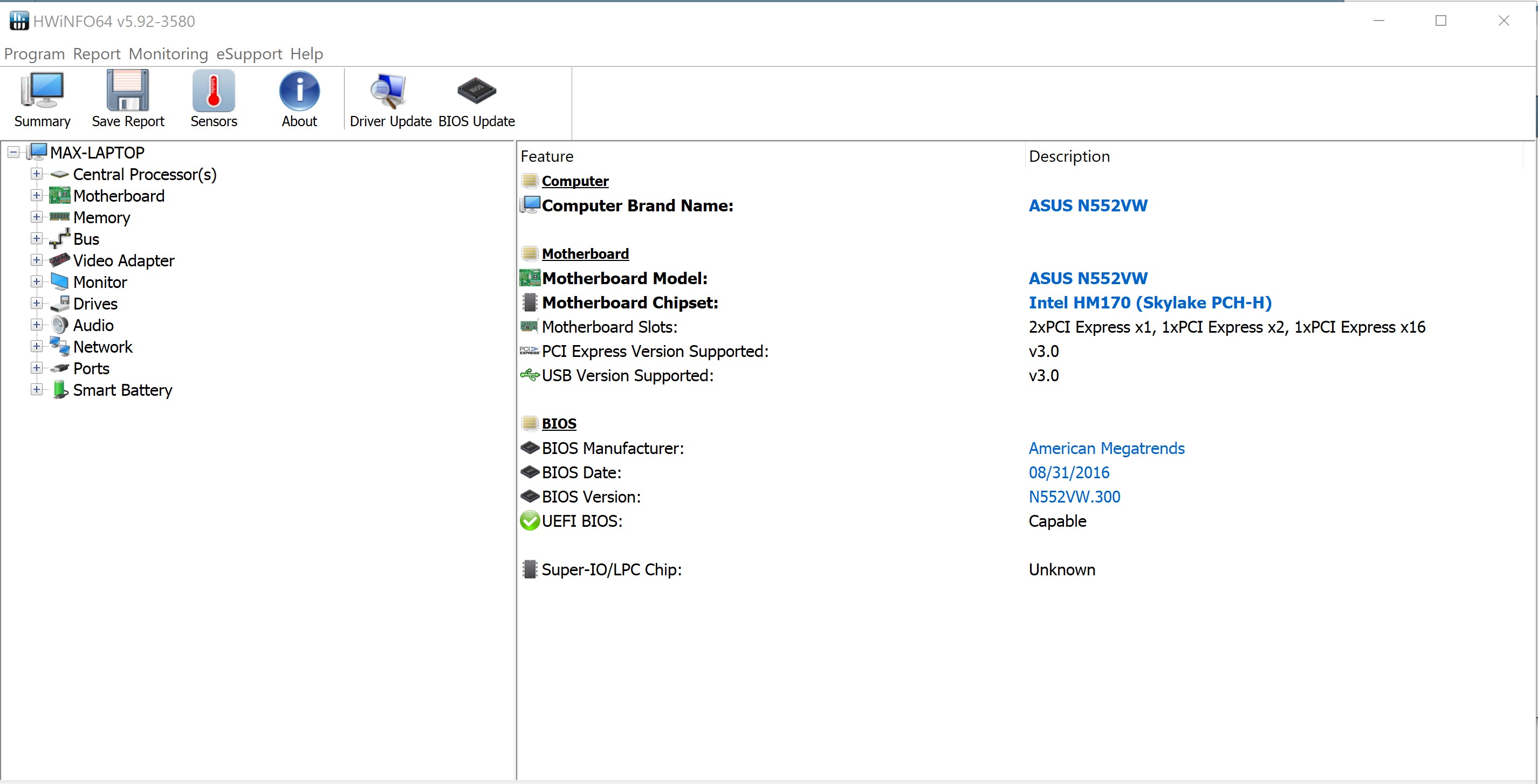 as it is obvious from the picture there is no PCIE x4 port in my motherboard but below picture is showing the port it has:

also i should mention that im modding my laptop’s bios frequently and updating different modules.
shall i buy Samsung Evo 970 NVMe for my laptop?
is there any general guide for this situations?

update 1: i should notice that in my laptop’s specification page it says that my laptop is supporting PCIE x4 link below:
https://www.asus.com/Laptops/VivoBook-Pr…specifications/
but some people saying that they were having problem which their laptop could not identify the ssd at all.

@maxymum :
I have just opened the latest BIOS for your laptop and found an Nvme DXE Driver within it. That means, that it natively supports NVMe (no BIOS modding required)…

and what about the PCIe x4 that its not showed in HWinfo64 software? i mean is it possible that there will be different versions of this laptop and some do support NVMe and others not.

and what about the PCIe x4 that its not showed in HWinfo64 software?

This is what ASUS says: