I have ordered a pair of X5365 SLAED processors listed as compatible on macrumors and it seems to work without any microcode in the bios/bootrom/efi/rom/whatever you want to call it.
I believe the 2,1 came from the factory with X5365 SLAC3 processors (6F7?), information is scarce apparently, makes sense looking at the roms. Difference between SLAED and SLAC3 is power consumption, SLAED is slightly better/idles lower.

Attached is a screenshot of the microcodes included from Apple on the 1,1 and 2,1 stock ( I have updated microcodes on my 2,1 with the latest and its also attached )

I have been messing with microcodes for years, only ever replacing matching cpu + platform ID’s or relying on UBU. 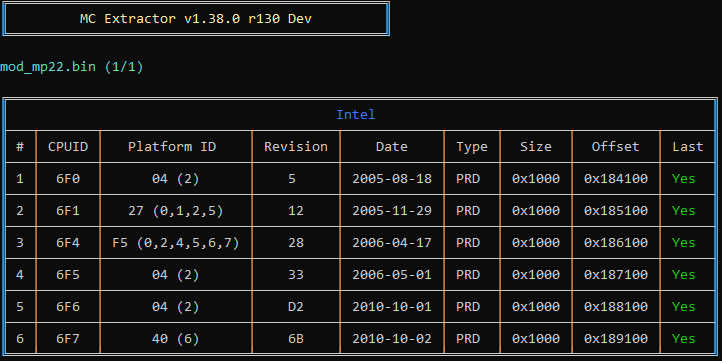 Sorry, I didn’t hit upload, i have edited the first post with the MC Extractor details from 1,1 and 2,1 as they come from Apple unmodified.

I have already flashed to 2,1 and replaced the microcodes with the latest available, the MC Extractor details are attached to this post.
I also flashed the SMC (EC) to the newer 2,1 version which is apparently optional.

It is reported both variants of the X5365 work in the 1,1 and 2,1 but when using a 1,1 firmware the CPU appears as unknown in macOS, using 2,1 the CPU reports correctly in macOS.
I have no idea how some CPU’s can boot without a microcode in the firmware, it appears the SLAED variant doesn’t exist in either firmware but it is reported to run fine and report correctly.

That is odd, stock 2.1 does not have microcode for SLAED /6FB, yet people say it works properly there. It must be this CPU uses a different microcode instead, maybe 6F0 like ES, or 6F7 maybe since that is added at 2.1?
Once you boot up system with these, check with whatever is MAC equivalent to AIDA64 or HWINFO64 and see what microcode is currently in-use, then you can tell which CPUID is used for this CPU (it may show in BIOS somewhere too?)

SLAED Processors arrived, Booting into partedmagic and running cat /proc/cpuinfo there is no microcode listed at all, with the old processors the microcode version was displayed.

SLAED was “detected” fine in macOS BUT there doesn’t seem to be a way to check what microcode is being used from boot, I believe macOS does something similar to Windows in loading its own microcode.

I installed Windows 10 and it appears that Windows has loaded a BC version microcode which should make it platform 4 or 40.
Then I checked a registry key “Computer\HKEY_LOCAL_MACHINE\HARDWARE\DESCRIPTION\System\CentralProcessor\0” which shows platform 40, it also shows no previous microcode which makes me think that it magically boots without a microcode at all.

So, I learned some new things. Is that registry key the only way to tell what the current platform is?
I noticed that Aida might also show, not sure though.

Fitting the original processors allows the system to boot again.
I’ll try hex edit it in over an existing microcode and see what happens.

edit: hex replacing 6F7 with 6FB plat 40 has the same result.
Out of curiosity I added 6FB plat 4, booted fine but it did not use it, platform 40 is definitely the correct platform, no clue why adding the correct microcode causes a non post result.

My advice: update existing microcodes no problem, do not try add microcodes for SLA processors (6FB) 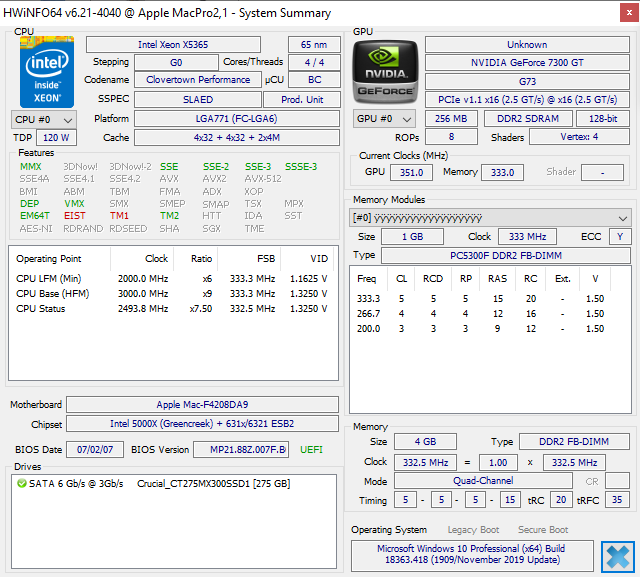 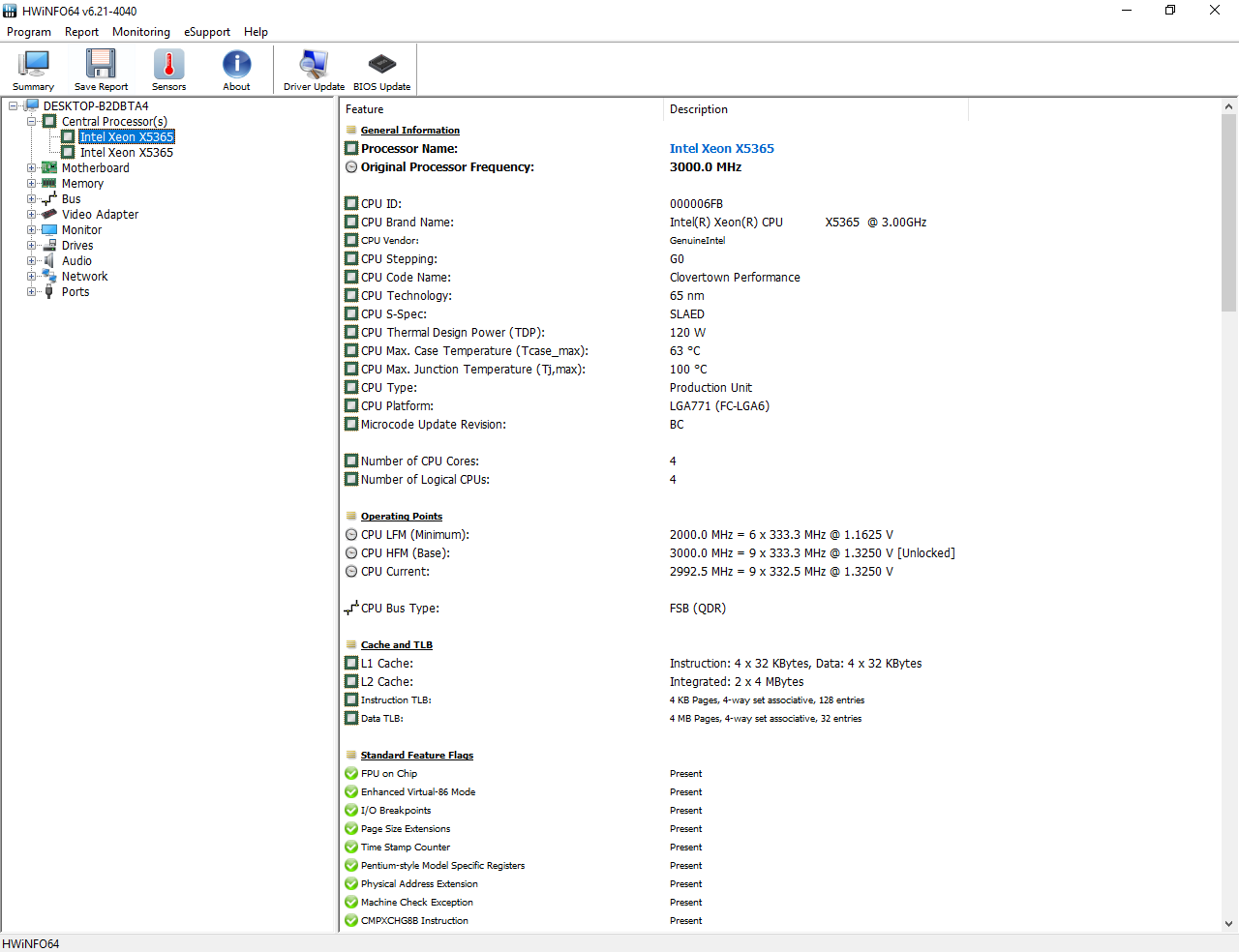 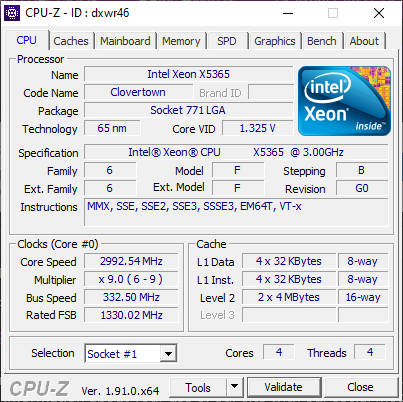 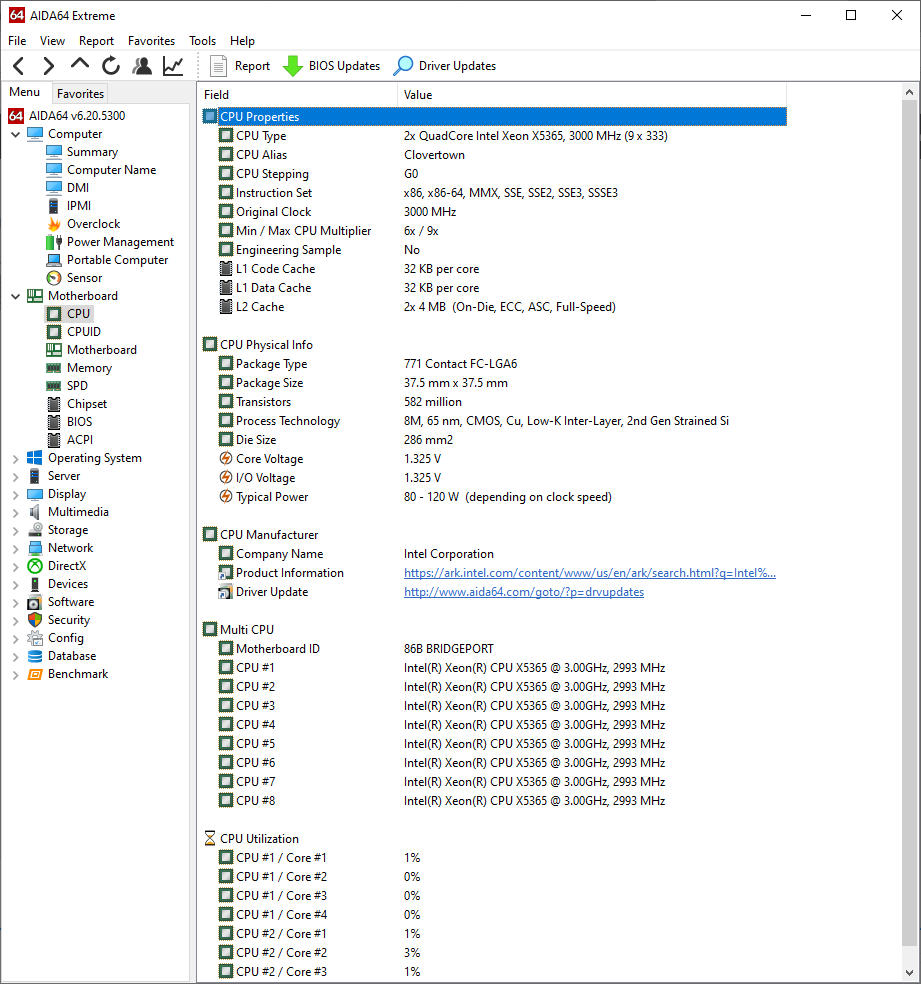 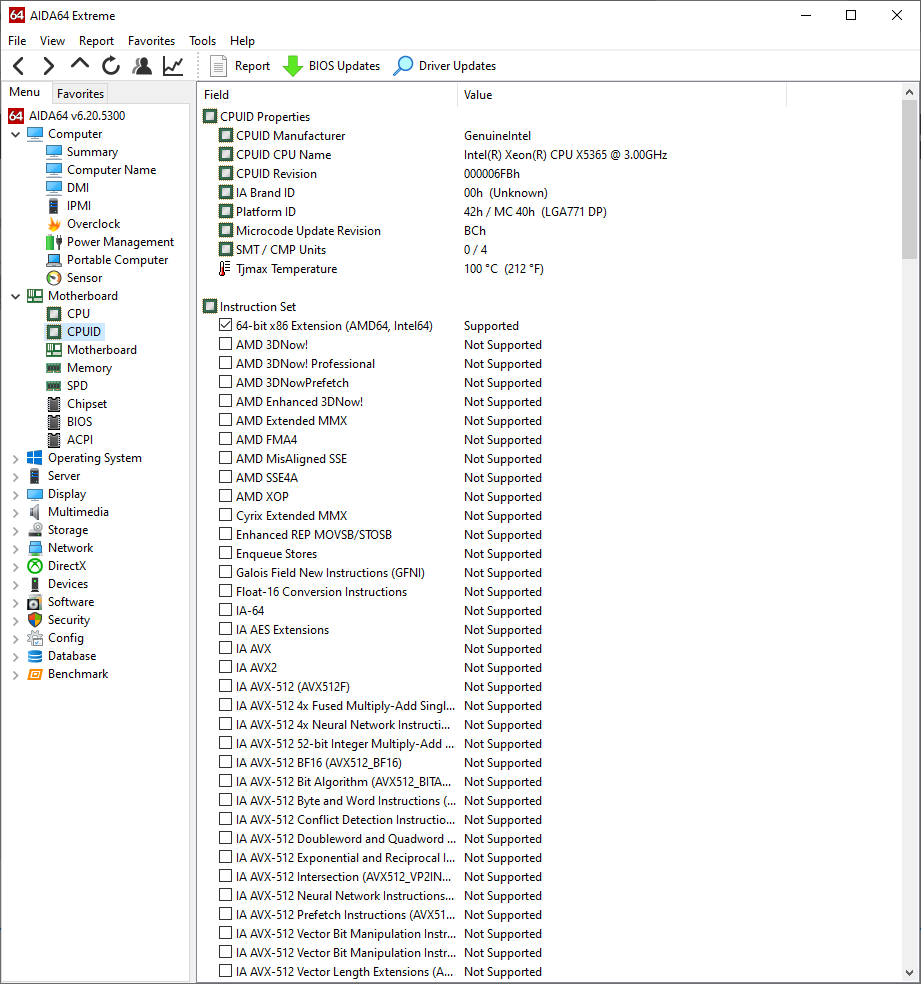 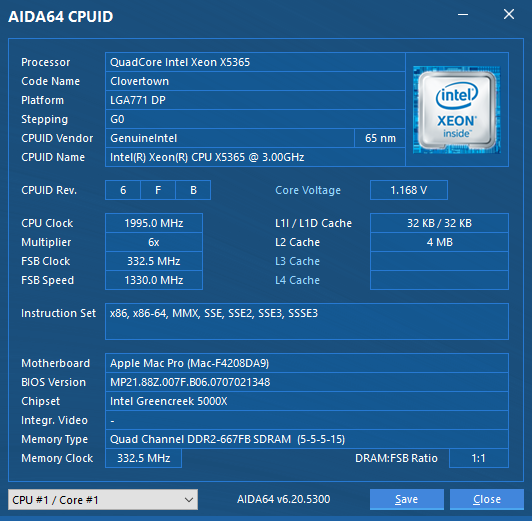 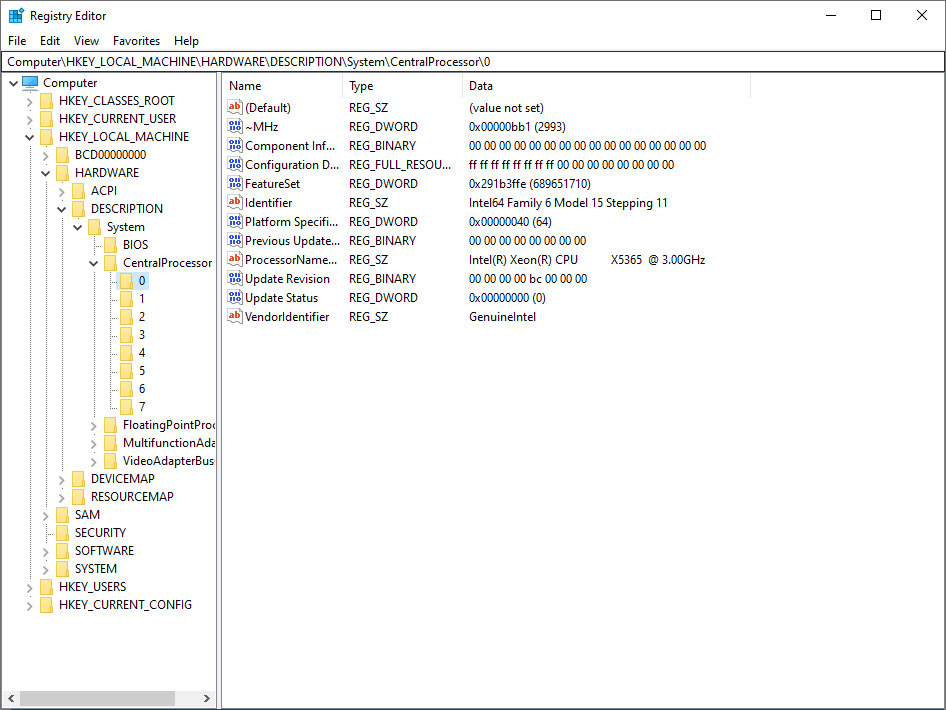 @clackersx - SLAED is show in HWINFO64, so this must be loaded by windows since it’s not in your BIOS, I would add it into the BIOS

I would just add all 7, unless you want to try them one at a time? Maybe your edit of 40 added in is a bad edit, or it’s not the compatible one, hard to say without seeing the before and mod BIOS.
I do not see anything that confidently means you need to use 40 (6), and what you see at delidded does not apply to all CPUID’s and may not be up to date either (Files may be, text may not)
Anyway, I would personally add them all, then see what’s used in windows. If you want me to do this, send me the stock BIOS you’ve edited and flashed before and I will do the edit.