So i posted here before a while ago. Unlocking Supermicro H11SSL-i Bios Menus- could need some help

Long story short, this went nowhere and the unlocked bios seems to be unaquireable.

I also made a thread here, because i think i need all the help i can get lol https://www.bios-mods.com/forum/Thread-C…cked-in-the-IFR


So heres the problem, the CBS Menu is not visible in the Bios. It’s not suppressed in the CBSSetup IFR and changes with AMIBCP make no difference at all.


Tried to unlock another normal setup option “Chipset”, that was locked via IFR. But nothing happened, so i did some digging what AMIBCP changes and where the options in the AMITSESetupData are. And i think i found something interesting. Compared it to a different Bios with partially unlocked CBS and all the locked options where FFed there too. Has anyone encountered this kind of lock before and is there a tool that can make this file better readable? I currently have to change something with BCP and then compare to orig. to find options. I will zero the FFs for chipset now and test this out.

So zeroing out the ** FFs unlocks menus, but it’s not enough to just zero out the Option that gets marked with 05 by AMIBCP. When replacing the Chipset FC FF… i replaced all strings with FC FF… Well Chipset didn’t show up but two other useless hidden Options from another menu.

Can i just copypasta this back in? 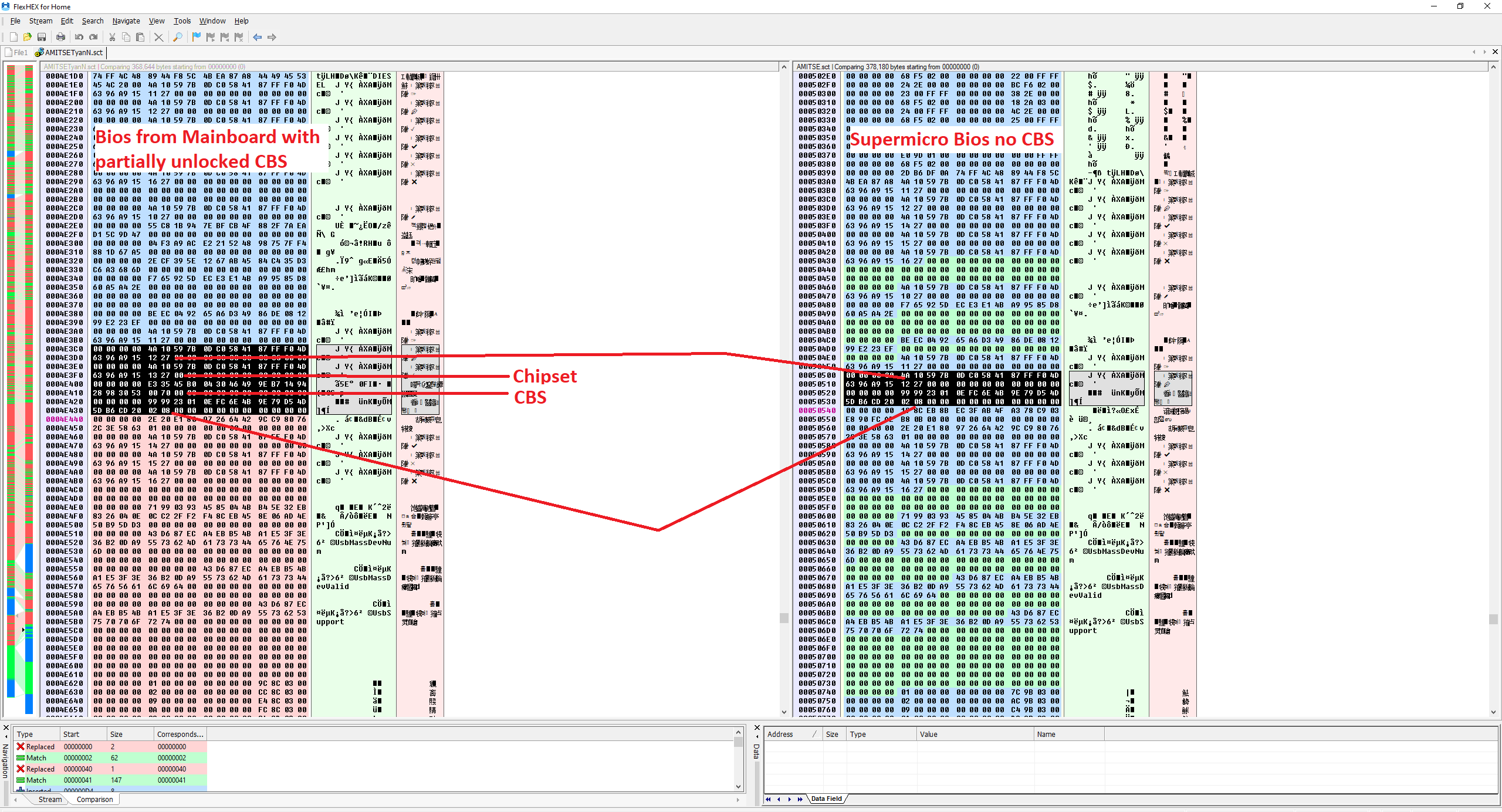 Solution: replace something you don’t need with the CBS entry in AMITSE. Unlock all submenus via IFR in CbsSetupDXE and AMIBCP. IDK how to reassemble the AMITSE PE32 with added entries.