Hi guys,
I used BIOS from this post on my motherboard Gigabyte GA-970A-DS3P rev. 1.0
The NVMe disk support work’s excellent. I used Samsung PM981 MZVLB256HAHQ-000LF.
After first boot the computer disk wasn’t detect in UEFI but when I ran windows 10 installer, disk appeared
and I was able to install windows on this disk.
After second boot, disk was detected properly in UEFI.
I used Chinese adapter M.2 -> PCIe x4 from aliexpress and I put adapter into x4 slot.
The results of two benchmarks are below.
I attached also BIOS that I used (NVMe edit only). 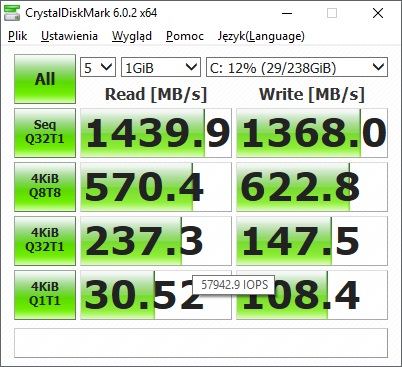 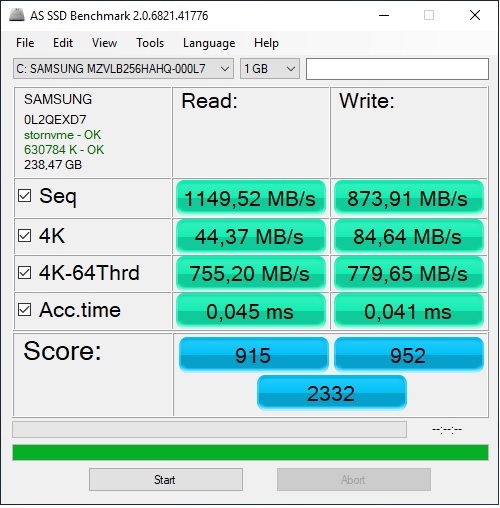 Hi guys,
I would like to try this bios. Can you guide me about the step.
just copy the file into usb and q-flash or what?
Sorry, i really dont get it from other tutorial.
I use this motherboard GA-970A-DS3P (rev. 1.0) updated the bios to F2j version.
I want to install the windows 10 to the nvme (using pcie adapter).
I hope you can help me.
Thank you.

@semutapi - Put BIOS on root of (not in folder) USB 2.0 stick, formatted to FAT32, leave stick installed. Reboot to BIOS, when in BIOS press F8 to go to Qflash, browse to BIOS and select BIOS to update.
To install win10 on NVME Mod BIOS, follow all steps exactly at step #4 of this thread, in the “This is what you should do” section - [Guide] How to get full NVMe support for all Systems with an AMI UEFI BIOS

Thanks man for the respon.

i look at official bios, there is 3 files
F2j files
autoexec
effiflash

the mod one only have F2j files. can i proceed with that or need copy autoexec & effiflash?

Those other files are DOS Flash tool and batch file, for flashing in DOS

alright man. Thank you very much.
I will try it right now. wish me luck. haha

You’re welcome, and good luck setting up everything!

Its work man! thank you very much 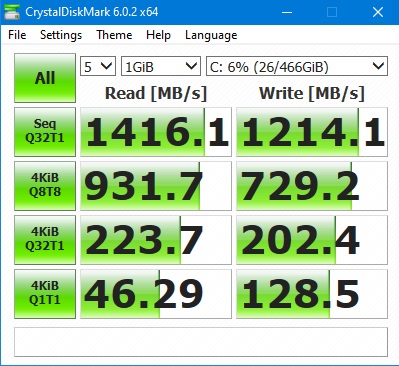 Nice to see you got it working!

Hello @crba @Lost_N_BIOS , I have a question. Is this an "Official" bios? I only found f1 and f2j version. Thank you!

this does not work. The logo is always displayed and the system cannot be started.

the post said "will add new link soon", but I do not find the new link (maybe the third one is the new link), so I do not test this one.

I found latest one x970A-DS3P_F2j-NVME-uCodeUPD, it works successfully and perfectly.

I hope it can help everyone save time.

Can’t boot if I set it to ACHI! Only on ide! is it normal?

Thats probably because ur old OS was installed and running as IDE.
It should be ACHI and its advisable to perform a clean OS install on the NVMe.

Hello and thanks for the reply! I was not quite clear about it! The pc doesn’t even power on! Nothing , Dead!!! Is it common? I have 8 gb dual channel memmory instead of 16 because I wanted the xms and it could not work with both of these sets together, again did not power on, but one at a time so I did choose the fastest one! Another weird thing is that I lost the 4-5 sata port functionality!

Damm… r u asking if a dead motherboard/system is common???
New only 1 time in life…so yes its common when used as decoration object in ur office wall at home… as a souvenir from past blasts… wot ever u may think as it was your glory system.
Im get old for this kind of sxxxx!!!

No it is not dead, in order for this motherboard to turn on some standards must be set! If not it is not working! I use this motherboard now with IDE setting on sata, I believe the pci express x4 port is giving all the resources to the nvme ssd that’s why it won’t turn on, with ACHI and my 4 rn 5 ports no longer show signs of life!!!

I installed this and now have no video output? Can anyone help?