Remove UEFI Password from Surface Pro 6 by flashing UEFI without opening the device?

Hello, I bought a Surface 6 Pro. The seller doesn’t remember the UEFI Password. I can enter it in read mode and it also seems the boot from usb is unlocked. But I have no access to advanced settings like switching camera on/off etc.
Long time ago i flashed a broken bios of a Lenovo Think Pad. But there i had to wire the chip on the motherboard connect it to a programmer and so on (used a guide to do this). So i hoped its maybe possible to do this with the surface pro 6 too.
The Problem is that I do not have access to the BIOS/UEFI chip (I don’t want to open the device. They are known for easily breaking screens)

My question now. Do I have any chance (without opening the device) to flash the BIOS/UEFI at stock or only a section of it so the UEFI password will be removed?

I read in another thread that via the Intel Management Engine it would be possible to flash the firmwares of this device. Does it mean that there is maybe a way to flash the UEFI too so it removes the UEFI password?
Like here: Help flashing bios on Microsoft Surface Pro 2

And I need result of MEInfoWin64.exe -verbose from Intel CSME System Tools v11

Thanks, It could take a moment until all is done

Do you think there is maybe a way?

And I still need CHIPSEC information.

I try to get it working^^

Extract the contents of install/UEFI/chipsec_uefi_x64.zip to the USB drive…

Y i did all the steps above. idk whats wrong at the moment but running chipsec_main.py also runs the bios_wp module 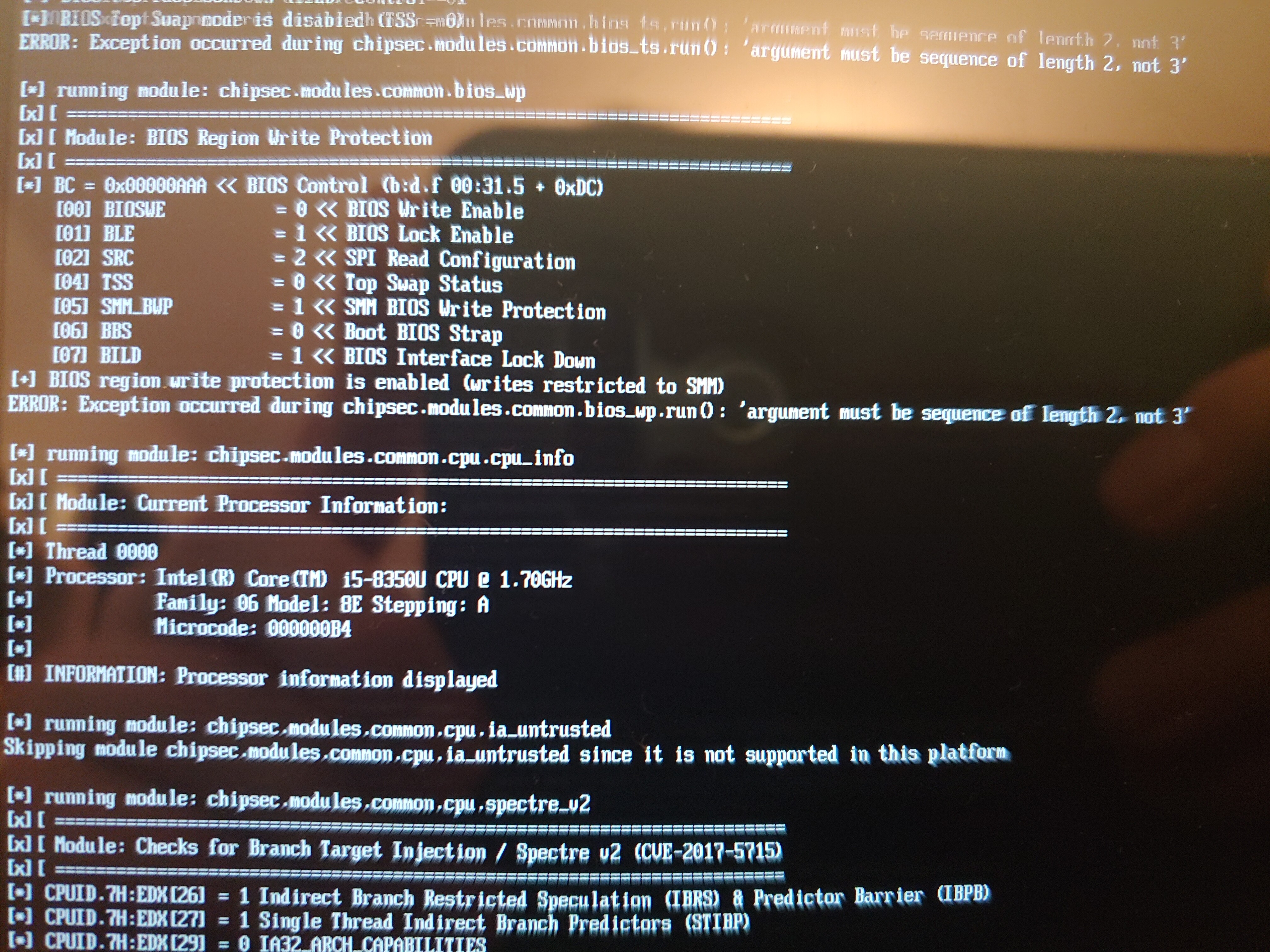 Well.
BIOS is write protected and can be modified in SMM only.
It BIOS chip also has one protected range: 0x700000 - 0xFFFFFF
And Boot Guard is activated.

Now you need to learn how to use Read Universal in EFI shell.
Run RU.efi and press ALT-= to open list of UEFI variables.
Make a photo of results.

And I still need BIOS dump.

XD ups, typo, it’s FPTW64.exe. Found it …one Moment
One moment. bios.rom is over 6 mb. to large for upload

…but i have a german keyboard :D… Key “ALT-=” key combo isnt working… I keep looking to make it work
Update> ALT+C and then select "UEFI Variable " 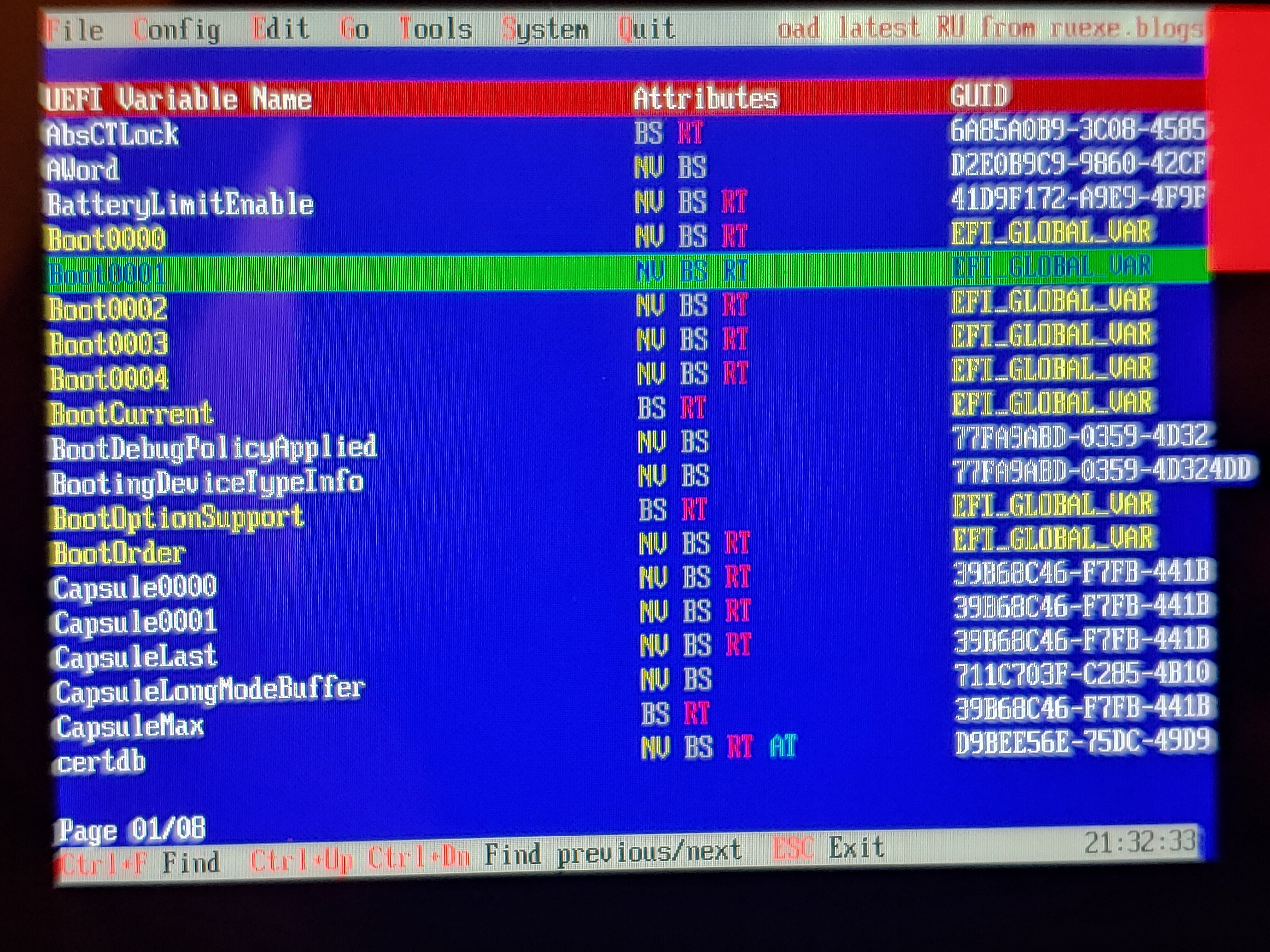 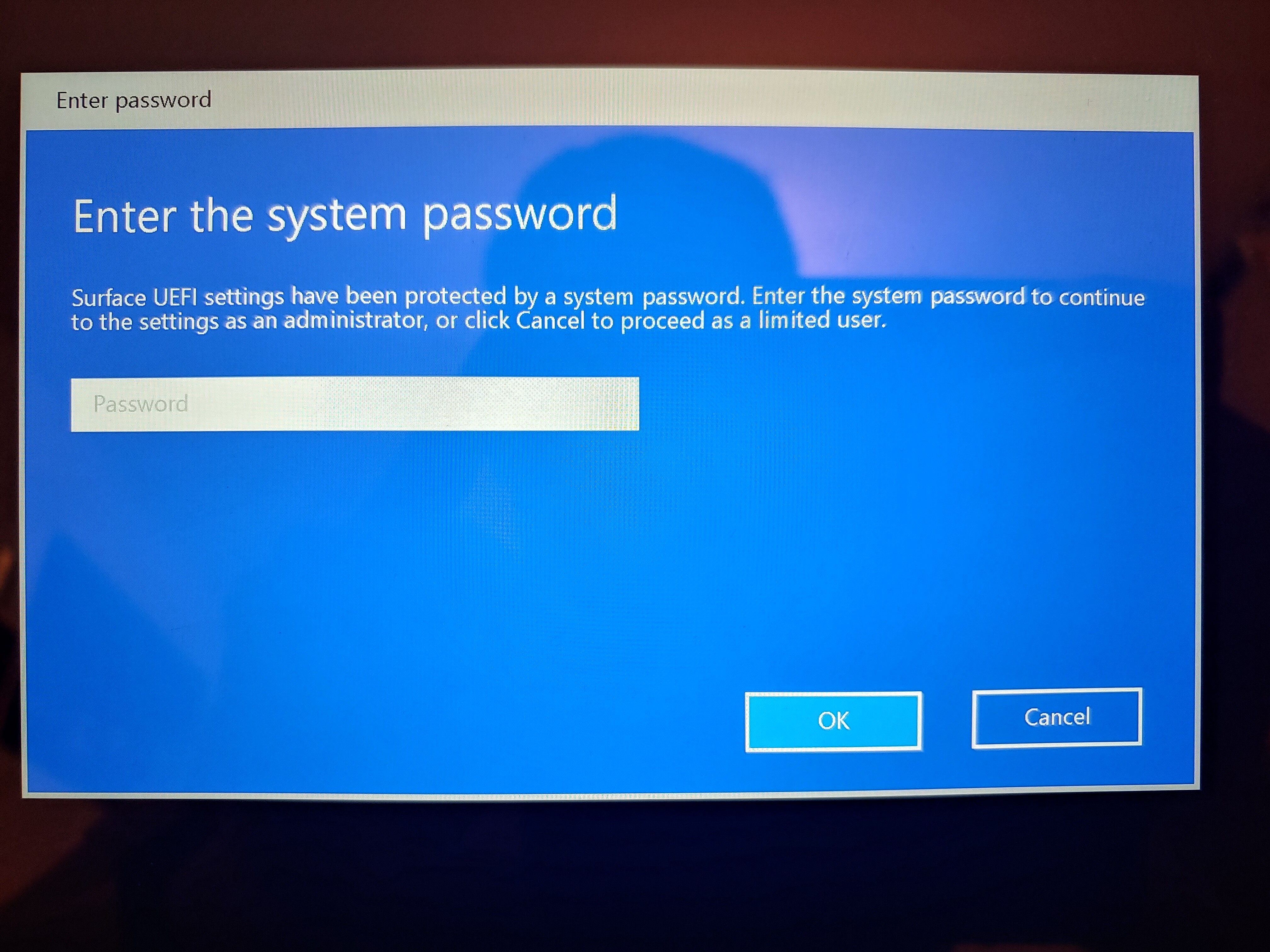 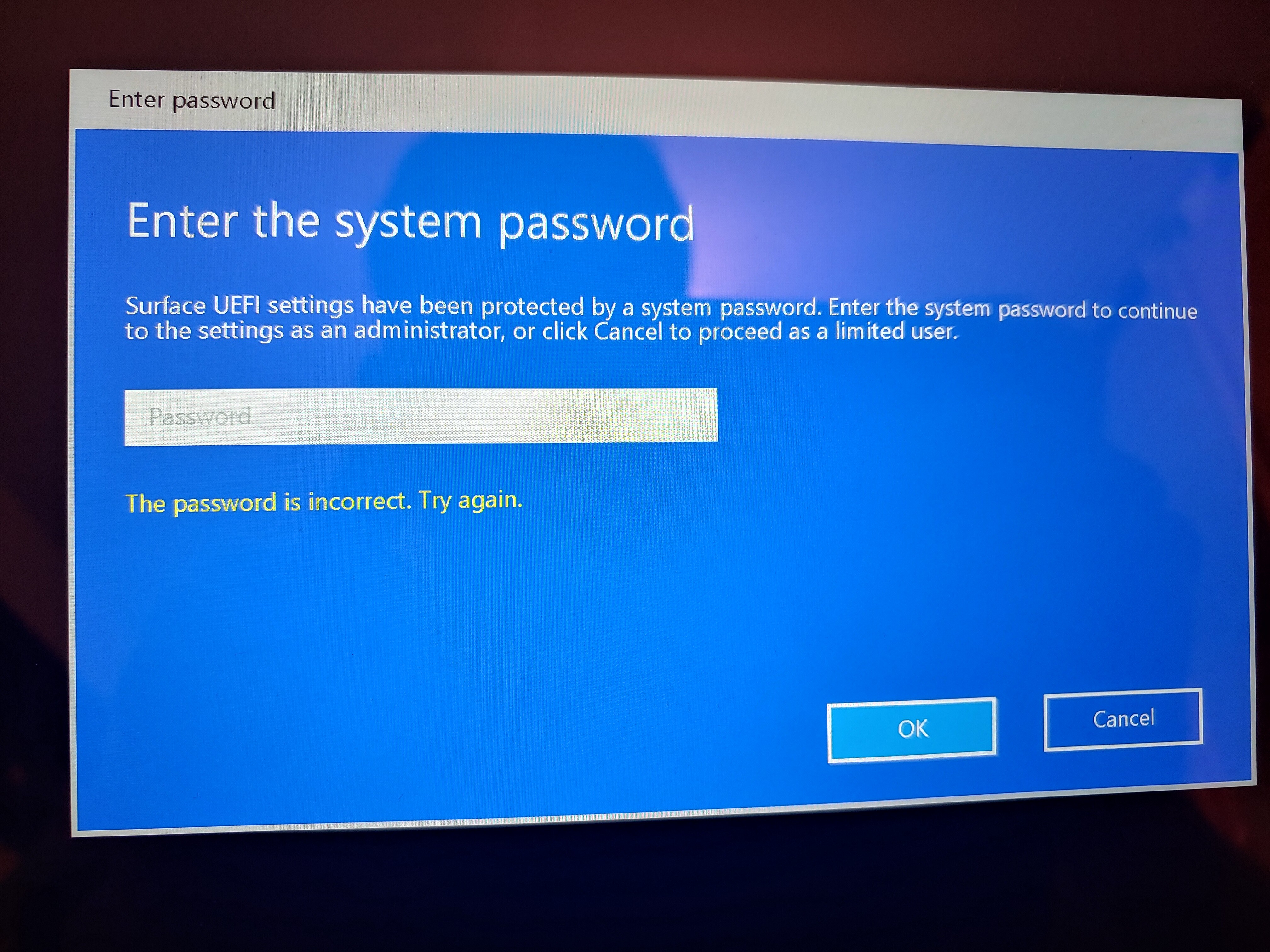 Hi… i’ve got the same problem bought a SH surface pro 6 and i’ve realised that the battery not charging after 48% i suspect it is a setting from uefi bios but there is password protected and i don’t know it. I can boot from USB install OS . I can enter bios but only to see info and boot from usb. Can you help me please?

@MadMan1st
Can you run Read Universal in EFI shell?

sorry to hijack this thread , same problem having to me with surface 4 can its possible to unlock uefi password without open?

@cdma-india
Can you run Read Universal in EFI shell?

Hi @DeathBringer I am trying to send you a PM to see if you could be so kind as to help me out. I’ve locked out my Surface Pro Bios, stupidly enough I’ve forgotten my Bios password. I still have access to Windows if that helps?
Thanks!