I don’t know why you want to delete gop? It noting helps.
I think you should find an other way to solve this problem.
Use Legacy boot or Update Gop drivers maybe works.

@jhsvip
I think his mobo is too old to support the VGA card,so delete the GOP would help!
I’m interested with it too.

@jhsvip - some systems no matter what, wont boot with GOP in vBIOS, strange or old, some simply fail to boot

@gloobox - do you need vBIOS edited this way? If yes, attach

You can refer to the tutorial on how to replace GOP to delete GOP：
https://www.overclock.net/forum/67-amd/1…x570-rx580.html

"magic" UEFI:
(done by lordkag, tested by gupsterg, …copied by me)
For these GOP UEFI files the signature check was overridden. But they also lost their signature, so no secure boot is possible.
The files are universal, they can be used with all R9/RX up to the 580 (as long as the device ID is adjusted accordingly); with Vega a new UEFI was introduced.
Version 1.60 doesn’t actually know a 580, but it works just as well, since the device ID for 470/570/480/580 is identical.
Search for the GOP UEFI part in the BIOS, then copy the complete content of the GOP.efirom and overwrite the original one. Do not change the the length of the rom file!

–EDIT–
You can find the gop in hex ,and fill them to FF and gop was erased .
@gloobox - do you need vBIOS edited this way? If yes, attach

I do it very differently! In regards to deleting GOP, there’s a thread here on removing GOP too, and it references something at OCN, which I thought you linked, but didn’t, but even then I don’t do it same as the other thread here either.

The info above, is for mod BIOS, on some systems, nothing to do with issue here.

Maybe my idea is too simple. I haven’t tested it before. Can you explain your method?

I wasn’t saying that what you mention is simple, mainly saying the above is not related to deleting the GOP. I simply FF entire GOP out, but then also change last image byte for legacy image too, then fix checksum if/when needed.
This isn’t in the other thread info, about updating last image byte, I asked there and I don’t think the user replied, but maybe that is your thread, I forget?

I don’t know how to change the last image byte for legacy image. I need some more examples to learn.

maybe that is your thread, I forget?

That’s not my thread.

My post is asking you to unlock the menu of Toshiba U900
Thank u for the answer!

Thank u for your examples!
The last image byte is in 2609h on this vbios
I learned a lot！
Thank u！

@fatkos - Thanks for quick report back, and great to hear your Dell can now run with this card too

Nice achievement. You are the first that removed gop from a gpu. First time i see this.

@boombastik - I first see similar done here, but just w/ setting first image (legacy) to be “Last”, then we discussed and tested complete removal of GOP and all OK

I’ve done for several users now, maybe 5-10 people I think, all tested OK to on various systems
So credit really goes to @drbob for starting the discussion here 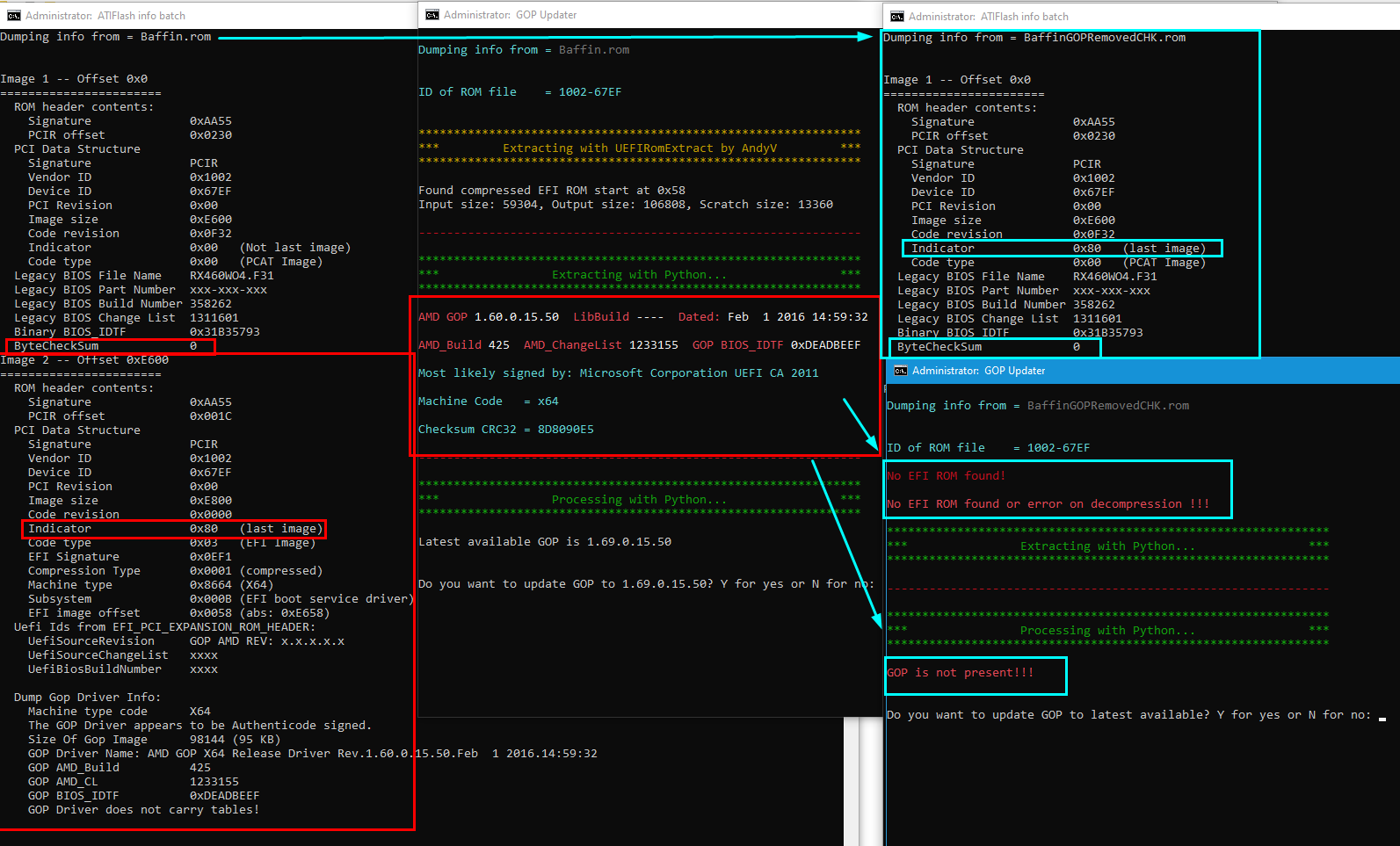 you’re the best, the gpu has already been recognized, it only remains to download the drivers