@Lost_N_BIOS
Thanks will try it out

@ded_junior16
Lost_N_BIOS there isn’t from long time friend, but if do you want we can try to make it again …
Let me know
Regards

friend, yes please, for my ssd nvme to work on this motherboard. I’m waiting, thank you

Ok friend, i made it by UEFI Tool 028 , so follow the instructions, Flash via QFlash :

P.S. if you get issue then use the DualBios to recovery your system.

hello, I did the bios recording procedure and I was not successful, the ssd nvme ASGARD 256gb does not appear in the boot session. any settings for the bios? I tried everything without success

I followed all the steps in the tutorial, including installing Windows 10. It won’t boot. Any solution?

I reuploaded it again , try this time :

Friend thank you very much, I updated the BIOS again, and it worked, it worked perfectly. Thanks for listening

Are you getting full speeds?

Right now I’m only getting a max of 800mbps on my NVME and am wondering if it’s worth doing all this if it doesn’t actually get to full NVME M.2 speeds.

Also, from what the owners manual says about this board, the NVME slot shares bandwidth with the x4 slot, not the x16

@Lost_N_BIOS is there something is the owners manual incorrect about their specification of the x4 slot sharing bandwidth with the NVME slot, or does the flash you provided change the sharing?

Thanks in advance for replies!

Lost as been away since January…u wont get more than x4 using M.2 direct slot or PCIe M.2 adapter…as currently max drives r PCIe4.0 x4 or PCI3.0 x4.
So on old mboard the bottleneck is only PCIe2.0 x4 against PCIe3.0 x4…the rest depends on the performance of the NVMe itself. 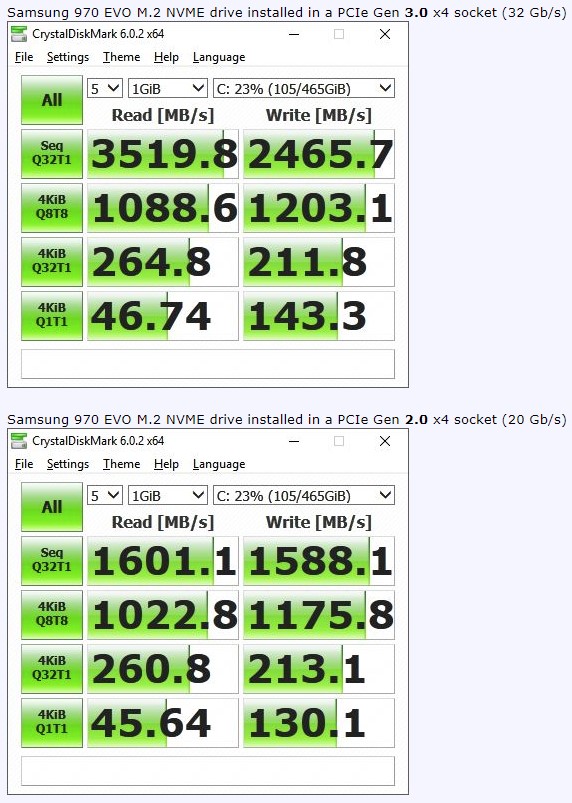 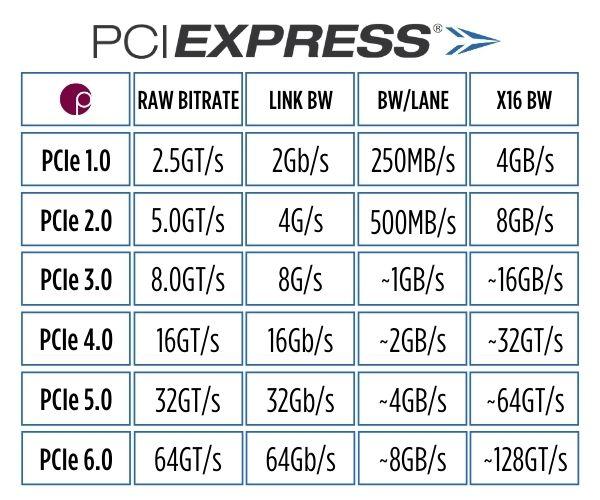 So then something’s wrong on my G1. Sniper B6 because this NVME I’m running is only getting 820mbps on CrystalMark read speeds @MeatWar

Or were those benchmarks from a different system?

Yes these r NOT on a Sniper B6, ur concern here is checking if at least urs is running @2.0 x4 if using a dedicated GPU PCIe3.0x16.

On ur motherboard as long as u dont use anything in PCIex4 slot (2nd green x16), ur M.2 (Uses PCH lanes not CPU, just check ur manual) wont be shared. 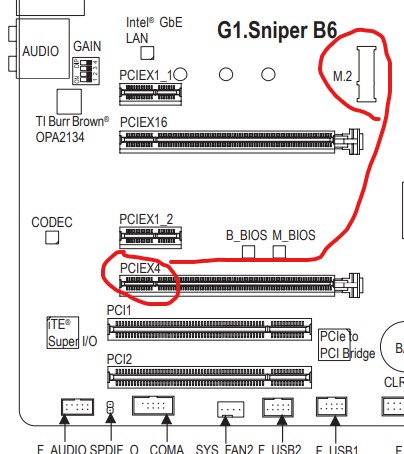 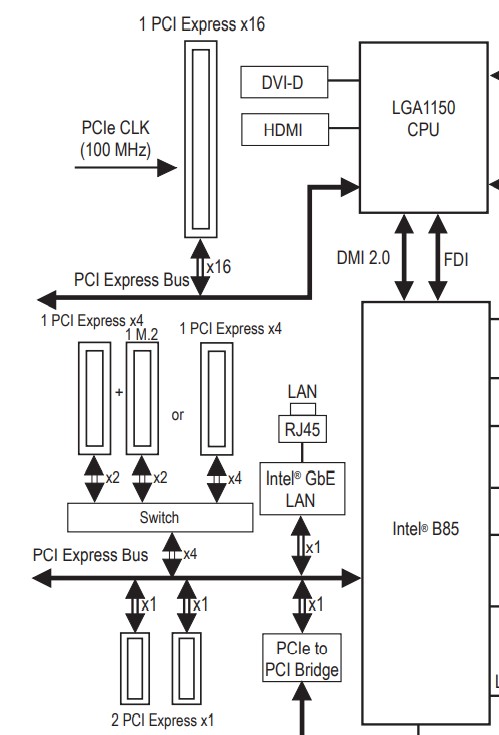 Just for curiosity…whats ur brand/model NVMe drive ur using.

@BDMaster
I brought this Teutons 128gb M.2 NVME for G1 Sniper B6 yesterday. I need the modded Bios you uploaded. I can’t download from your Mediafire link. Please Reupload it. 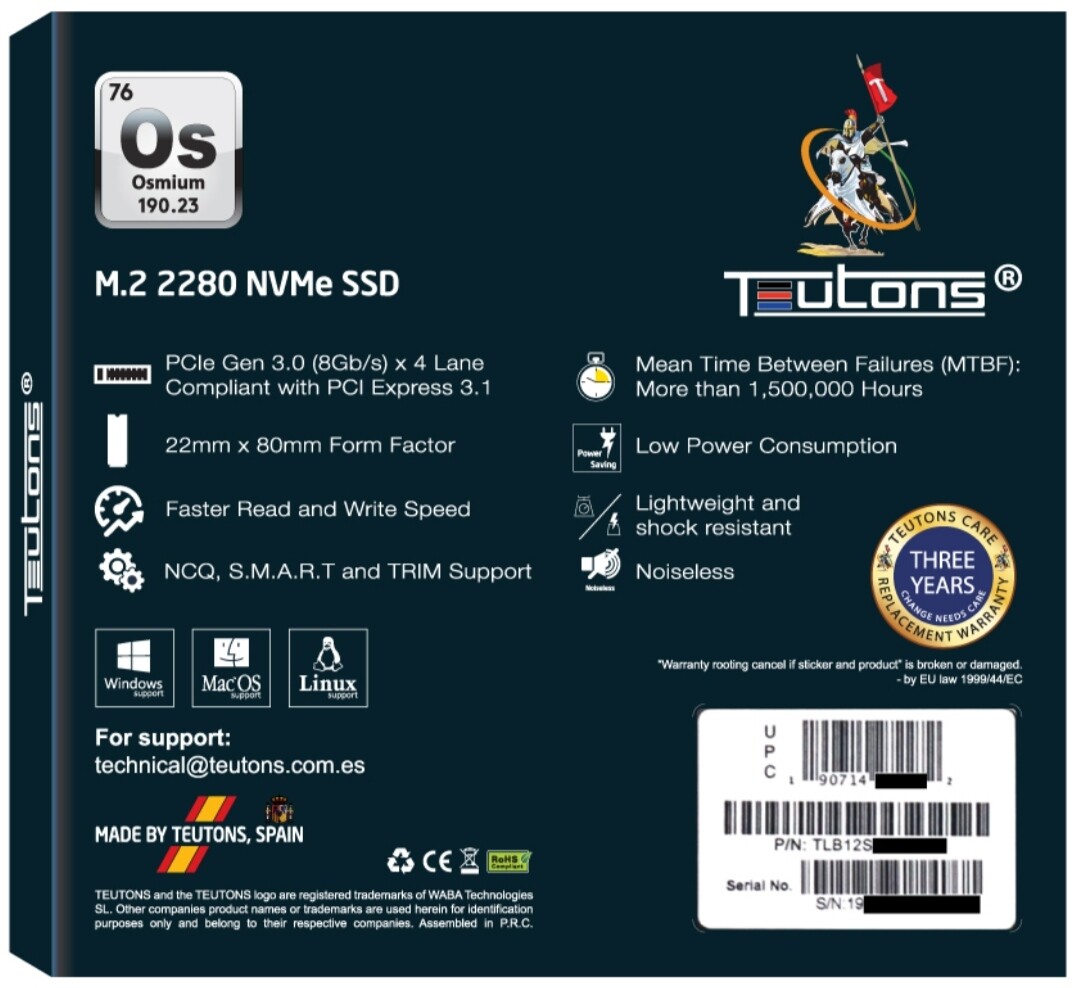 I downloaded the Bios file from your Mediafire link.
I’ll try and let you know. Thanks.

Gigabyte G1 SNIPER B6 BIOS with NVMe Support
The mod bios are available to download yet and which
Are thanks.