Hello. i9-9900k, taichi z390 I am using Windows 7.
I was using the 970 evo +, but after purchasing an additional one, I configured raid0.
However, it is not recognized because there is no driver.

@Lupine
If you want to boot Win7 off the NVMe RAID array, it will be very difficult.
Try to check the HardwareIDs of the RAID Controller (by running Win10/11).

@kgbab :
It is very unlikely, that an AMD RAID driver will work with an Intel Chipset system.

@Lupine :
As a result of my own tests with an NVMe RAID0 array I generally do not recommend to use such configuration as system drive.
Reasons:
1. The risks are high to get a not bootable system (caused by the failure of a RAID member or just by a not properly working boot procedure).
2. You will not even recognize a performance boost while working with it (unless you are reading/writing extremely big sized files while doing tasks like video encoding).
My opinion: The very limited performance gain is not worth the risks of a not bootable system.
If you want nevertheless to create a bootable Intel RST NVMe RAID0 array, I recommend to load/integrate the Intel RST RAID driver v15.9.8.1050 WHQL. 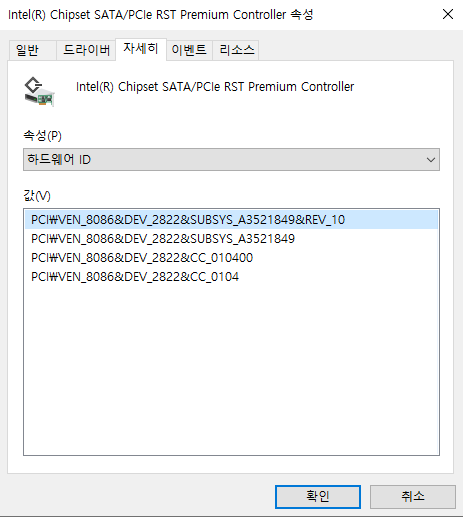 The device in the picture came out of Windows 7, but the raid0 D drive that was normally recognized in Windows 10 did not appear. 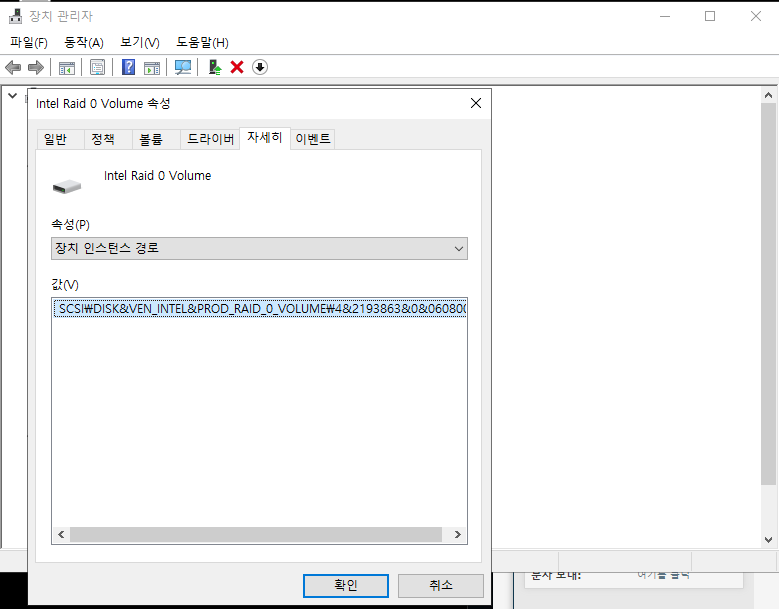 This device was recognized normally by Windows 10, but not by Windows 7.

@Lupine : Thanks for the pictures with the HardwareIDs (only the ones of the Intel SATA RAID Controller were interesting for me).
The problem is, that the DeviceID DEV_2822 is just the universal one, which is externally shown for all Intel RST SATA RAID Controllers from ICH8R up, whereas the real (specific) DeviceID is hidden.
Have you already tried the Intel RST RAID driver v15.9.8.1050 WHQL as recommended by me in post #4? It is the last Intel RST RAID driver, which definitively supports Win7 and probably your on-board Intel RAID Controller as well.

Intel Rapid Storage Technology (RST) Version 15.9.8.1050 WHQL
I tried to install but the raid0 drive is not showing up. It doesn’t even show up in the device manager list.

Lupine >>> and you have RST mode for SATA MODE in bios ?
first must use RST sub-menu in bios "create raid0"

// and win7 using different ROM in bios if you not have UEFI !
here works Orom !

@Lupine : How did you try to install Win7 onto the NVMe RAID0 array? Which procedure did you use? Did you load the Intel RAID driver or has it been integrated into the Win7 Image? Which were your RAID related specific BIOS settings?
Maybe a video like >this< or >this< one will help you.

It worked well with my Intel Z170 RAID0 as system drive.

According to my own tests the Samsung 970 Series SSDs are working fine with the generic Intel RST NVMe RAID drivers. Do you want to see benchmark results?

I’m just saying what I know from MSI forum
and from SAMSUNG official PDF // and to many similar users and SAMSUNG + RAID problem D:

,.,. but each system is different

edit
drivers and WIN7 support ,.,thanks for info

This device was recognized normally by Windows 10, but not by Windows 7

.,MBR VS GPT table ?
but I no longer remember exactly win7 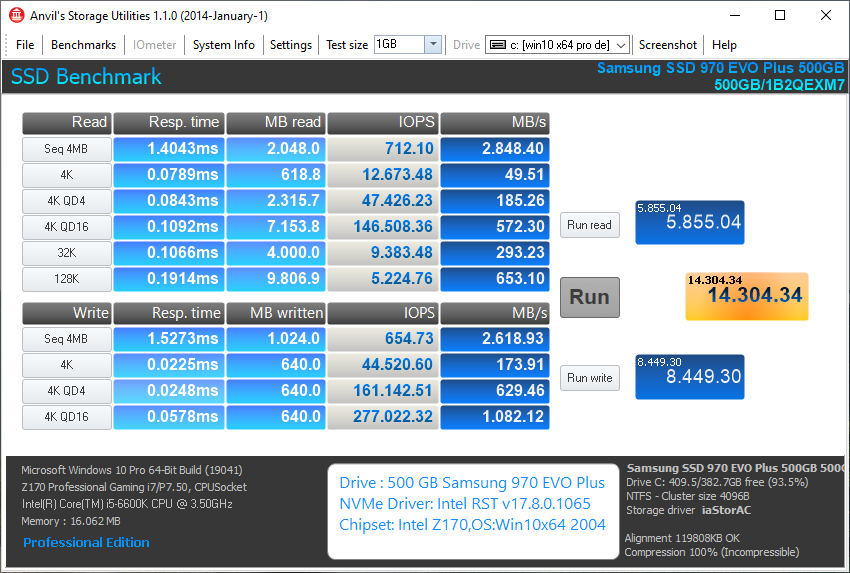 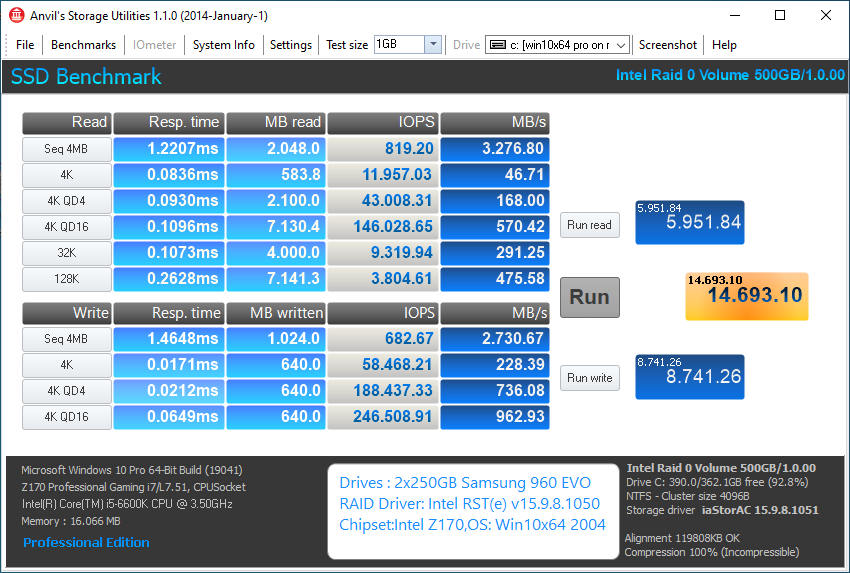 .,I just know that there were problems with MSI, for example

// and problem above is probably GPT disk table from win10 ,.,.and this not works on win7 ??
but I don’t remember it anymore "win7 support"

The GUIMode Partition Table (GPT) is absolutely required to be able to boot off an NVMe SSD or a RAID array consisting of NVMe SSDs (only exception: Samsung 950 Pro).


I installed windows 7 on sata ssd.

After capturing it as a wim file, I am willing to test it with driver integration. 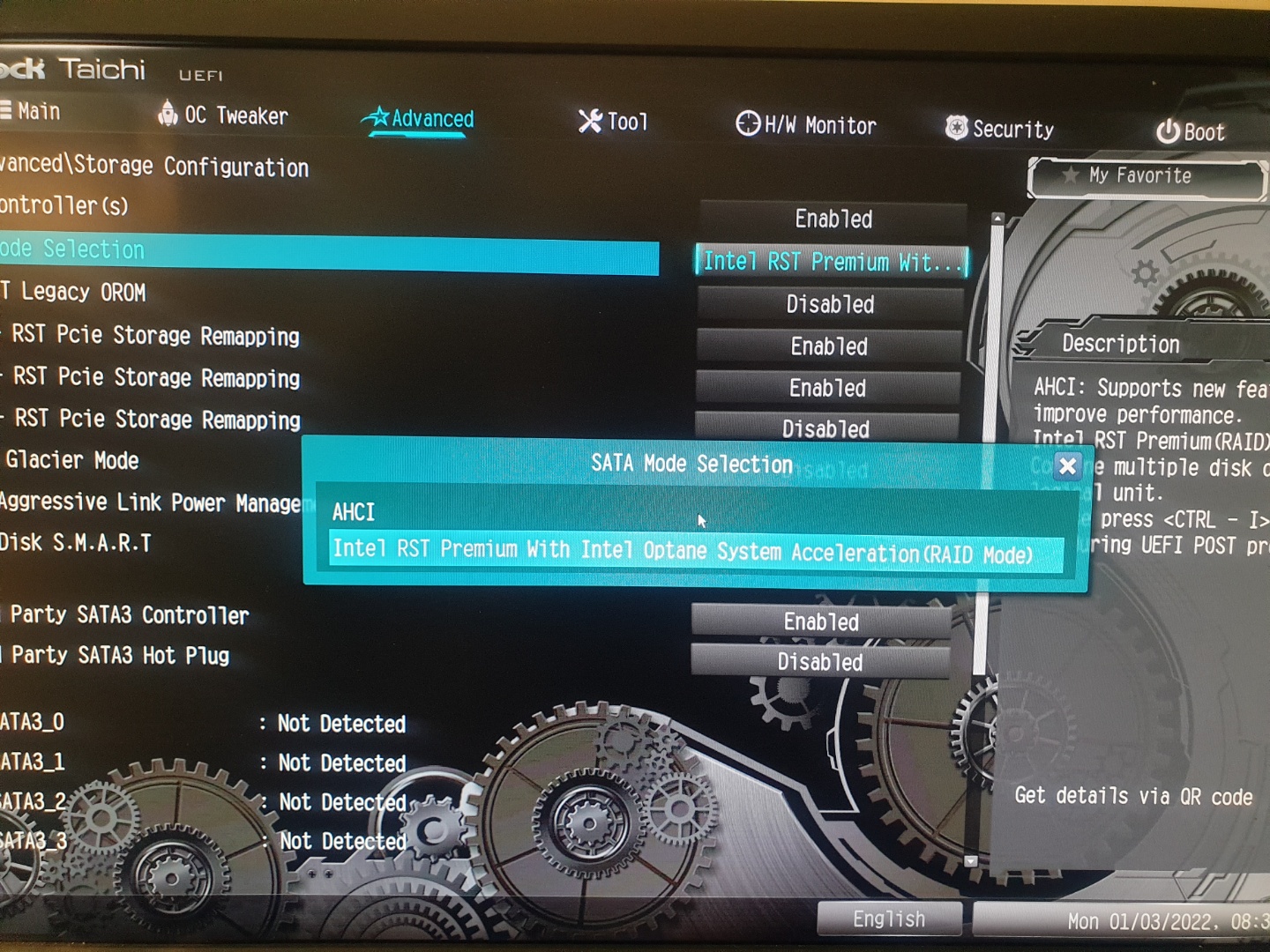 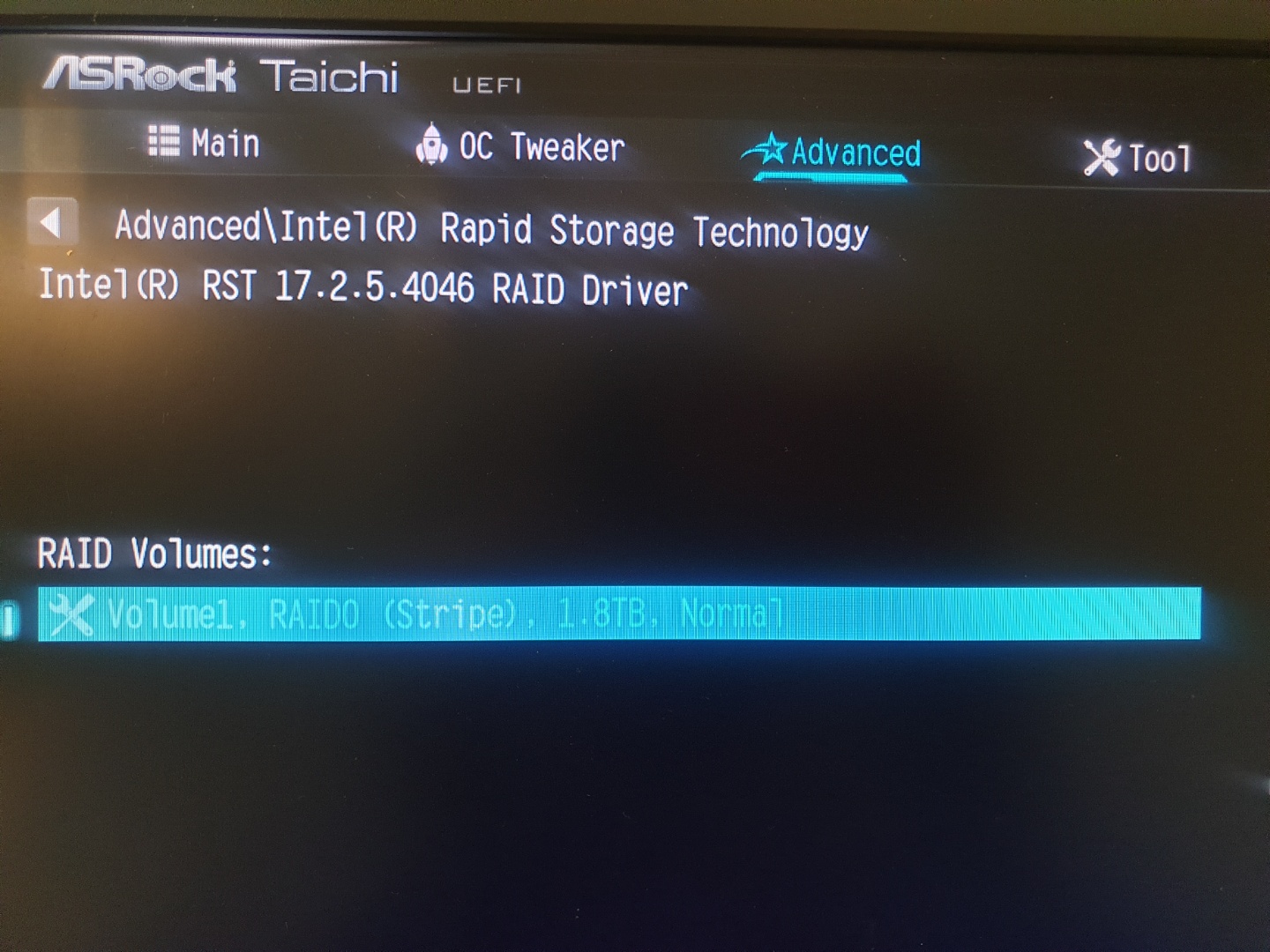 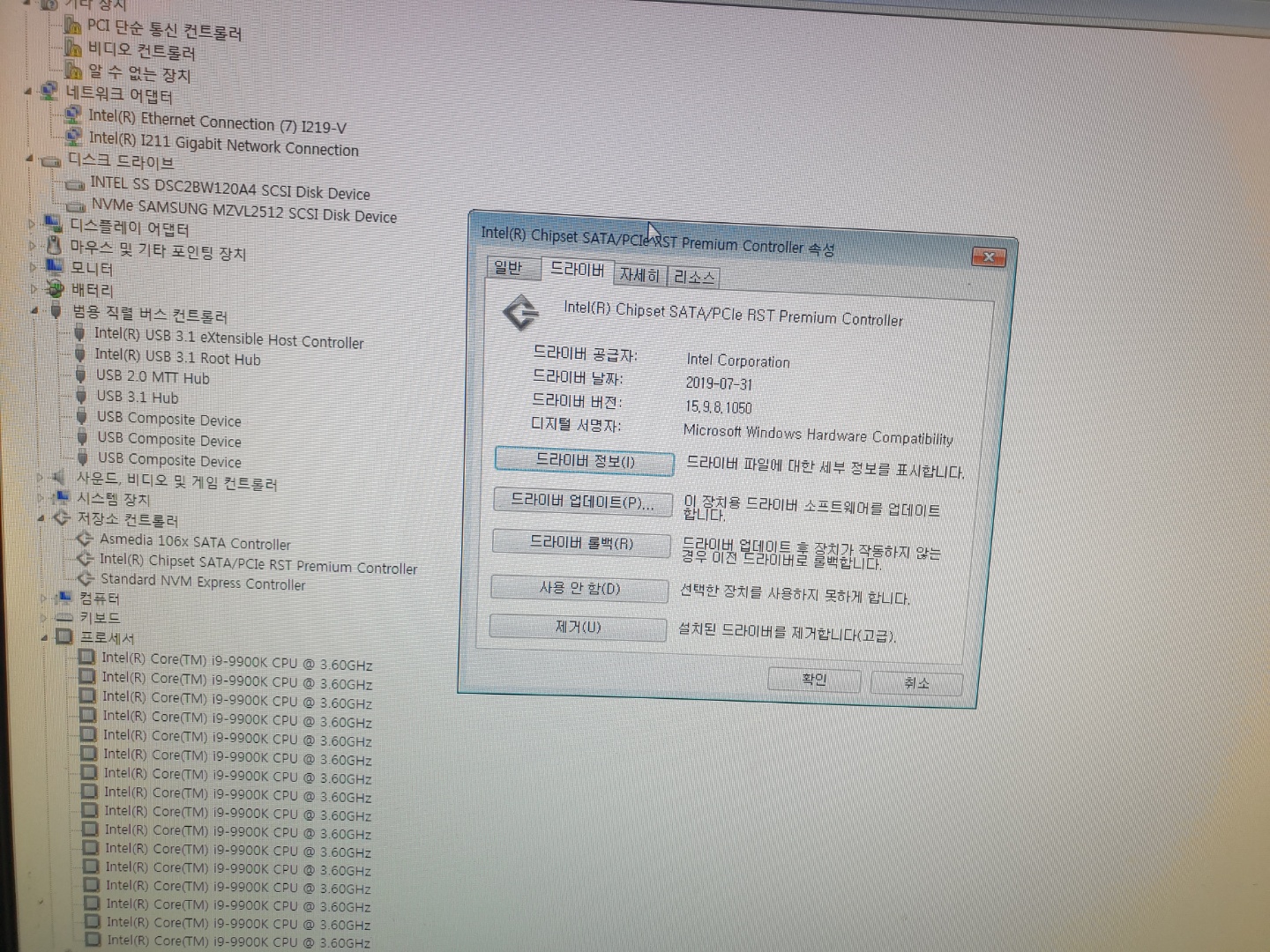 My PC is configured with a total of 3 nvme storage devices. Windows 10 is installed on non-raid 512gb, and 2 1tb are configured as raid0.

try win7 UEFI mod
,.,.but not exist reason for usage win7 "win10 is better and is possitible setup like win7"