The driver does not require kernel modification, so it is more stable to use than the modified version of Intel’s graphics driver. As long as AMD updates the driver, I will follow up with the update and keep the new version.
Considering the use environment, the driver source package uses the Internet cafe version driver. 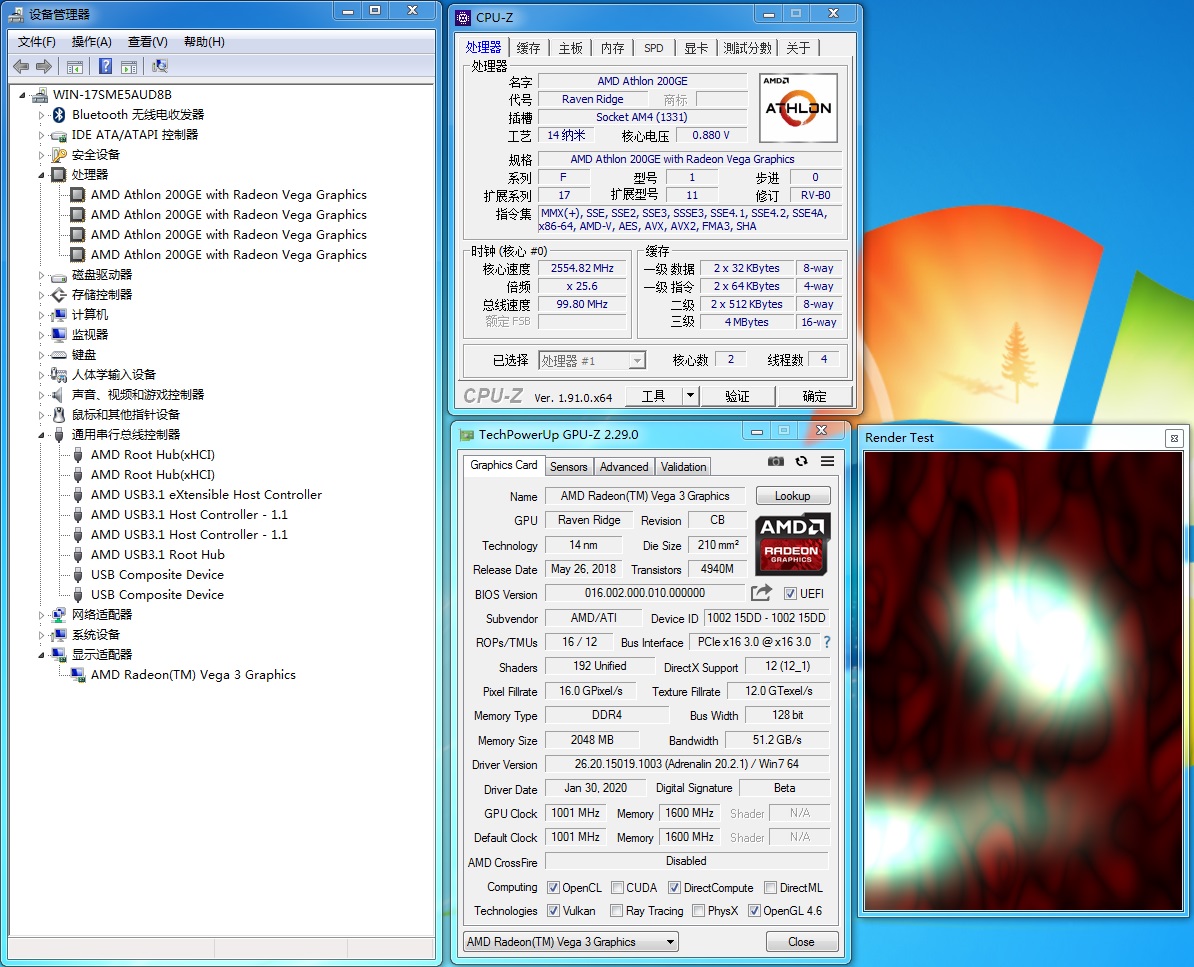 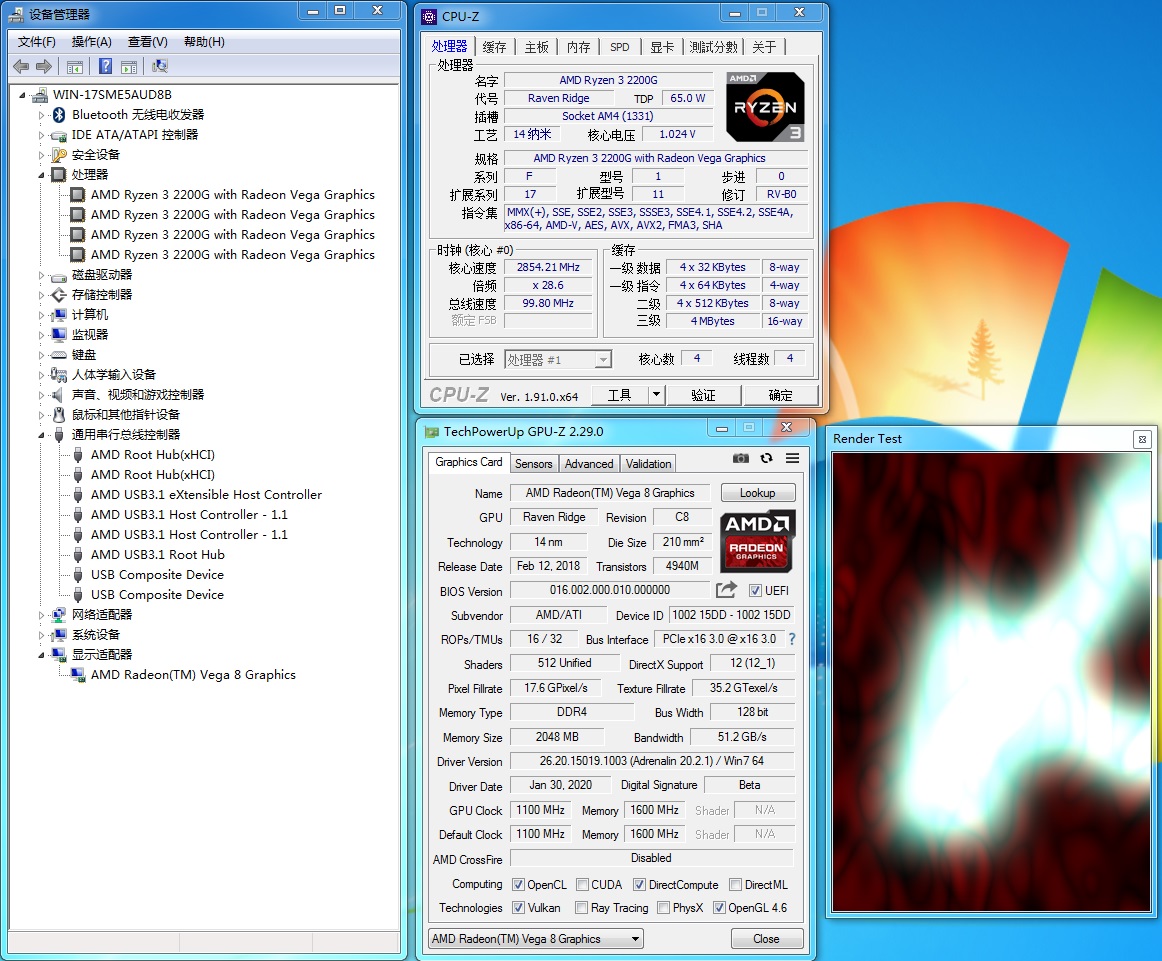 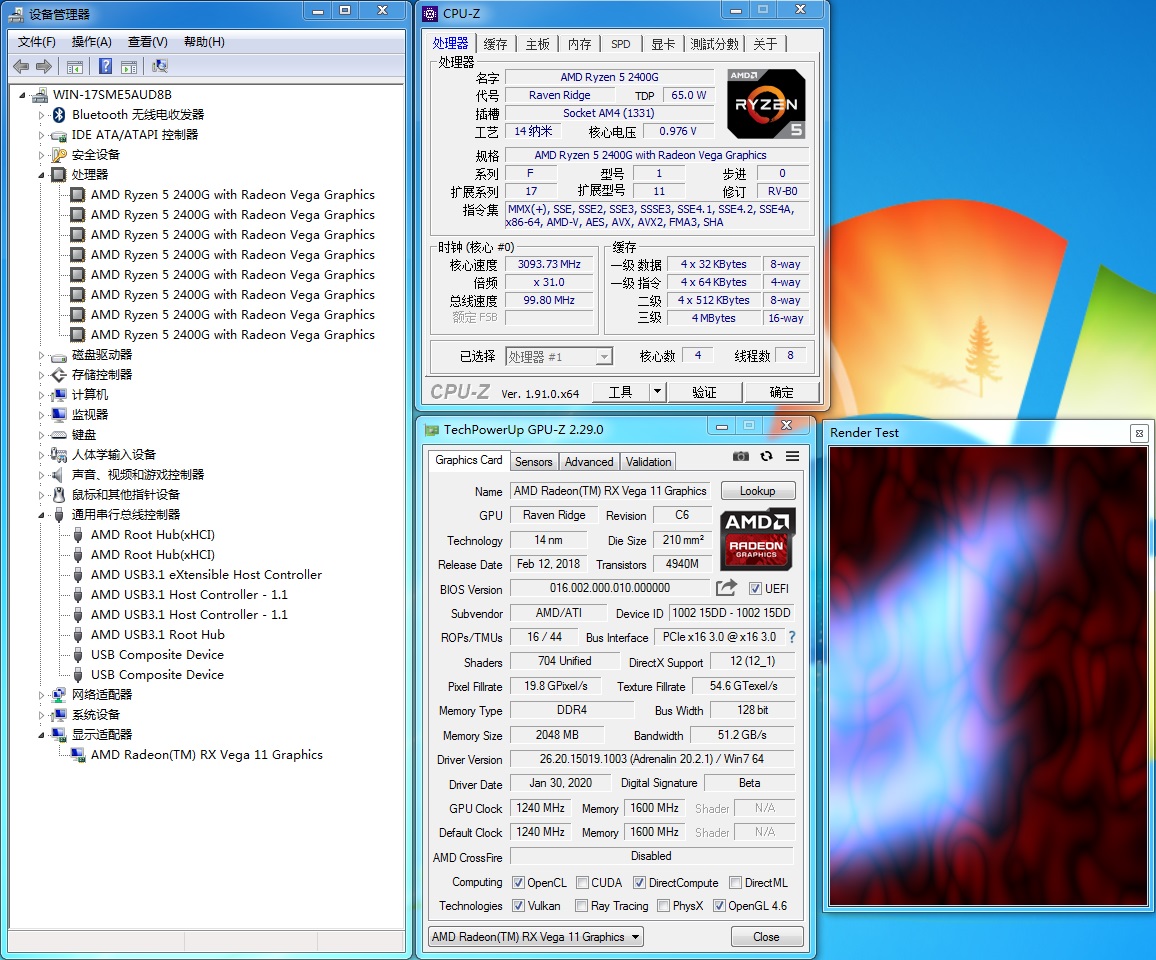 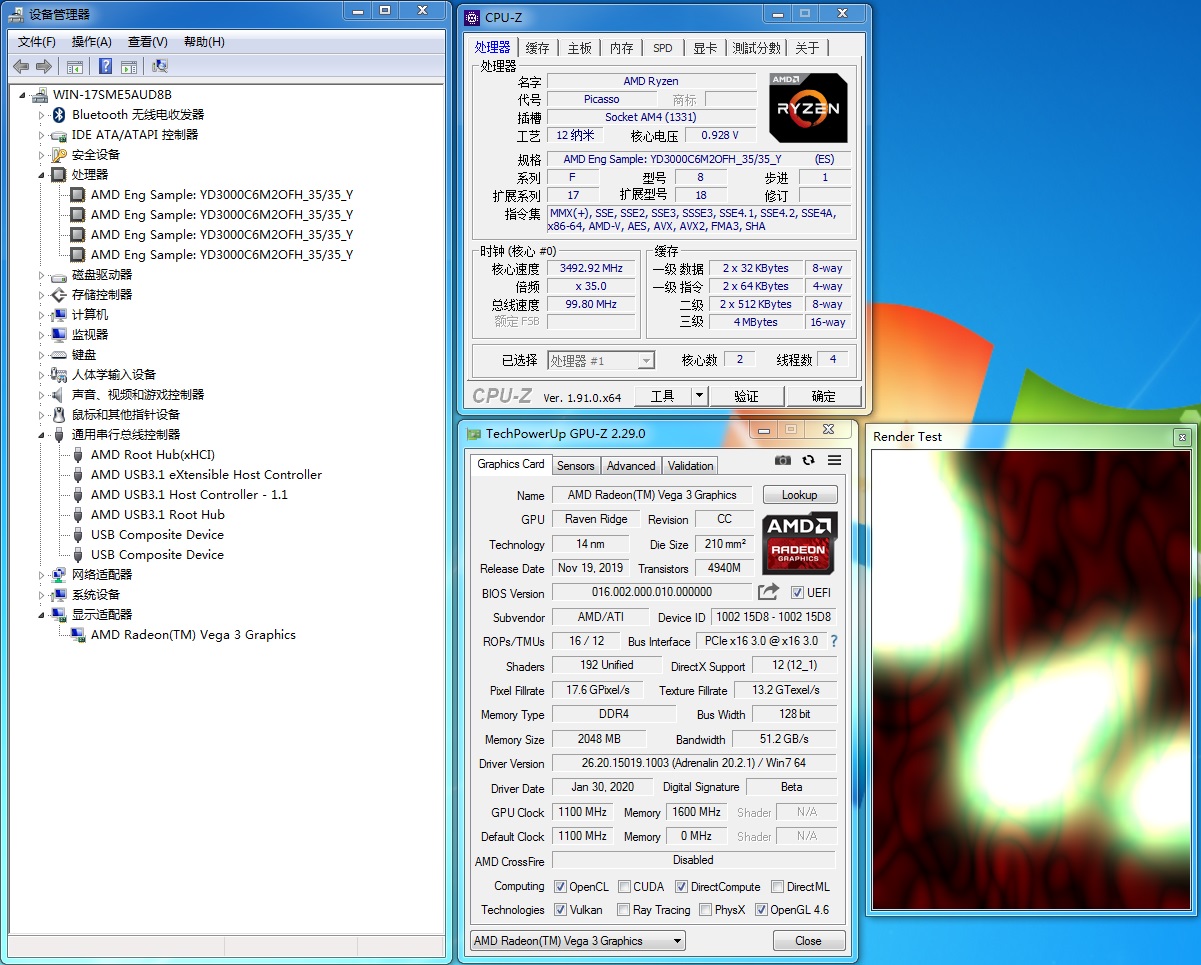 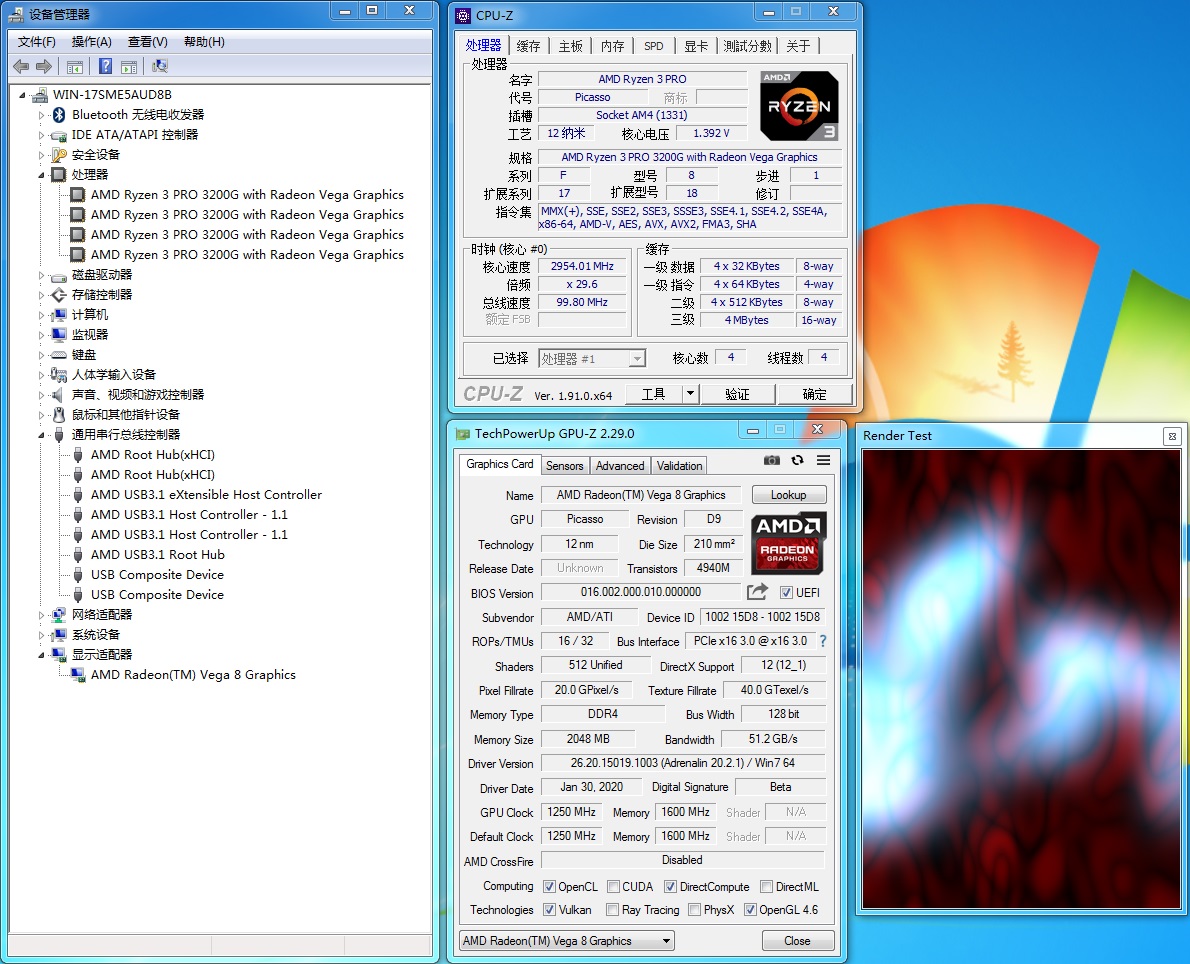 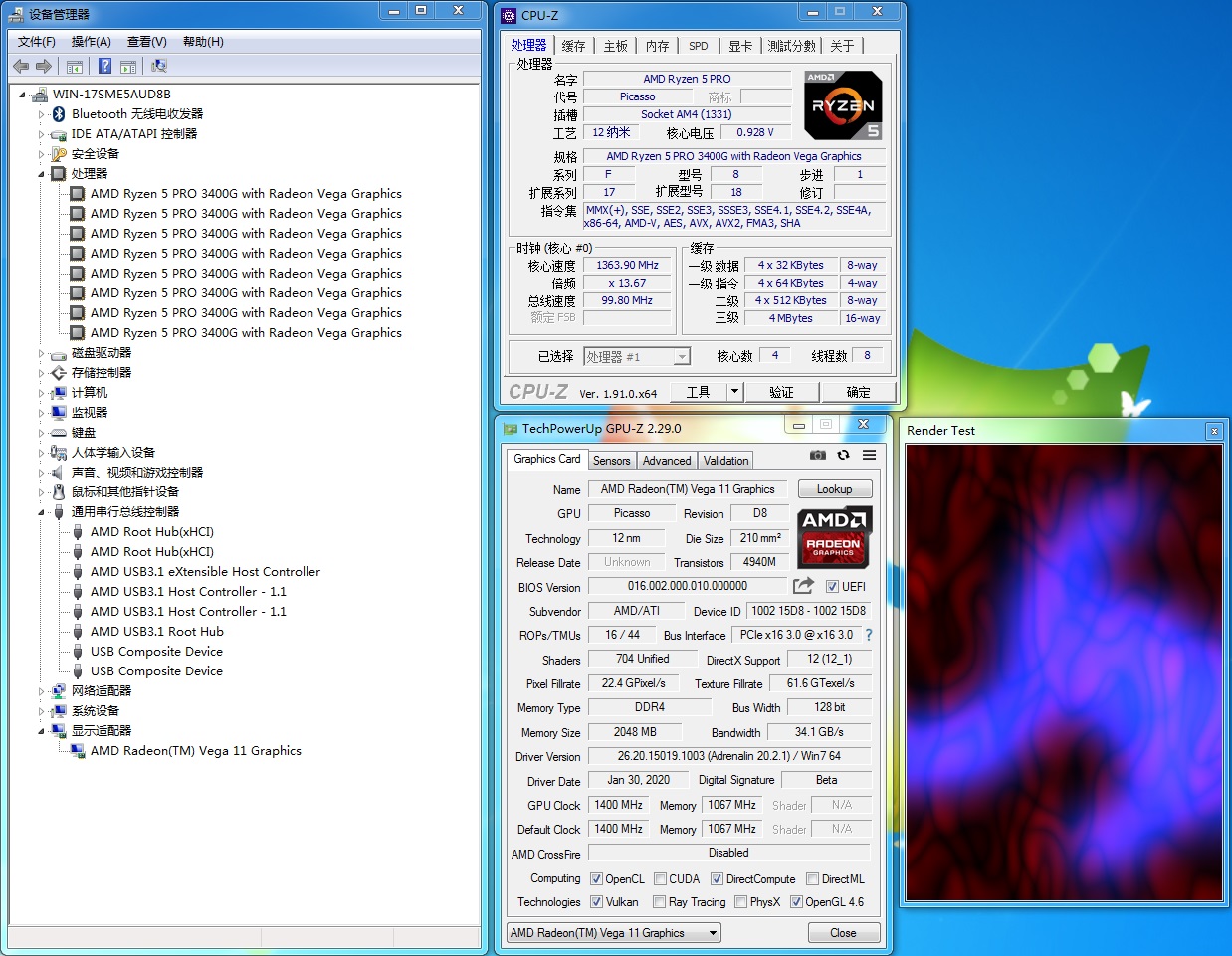 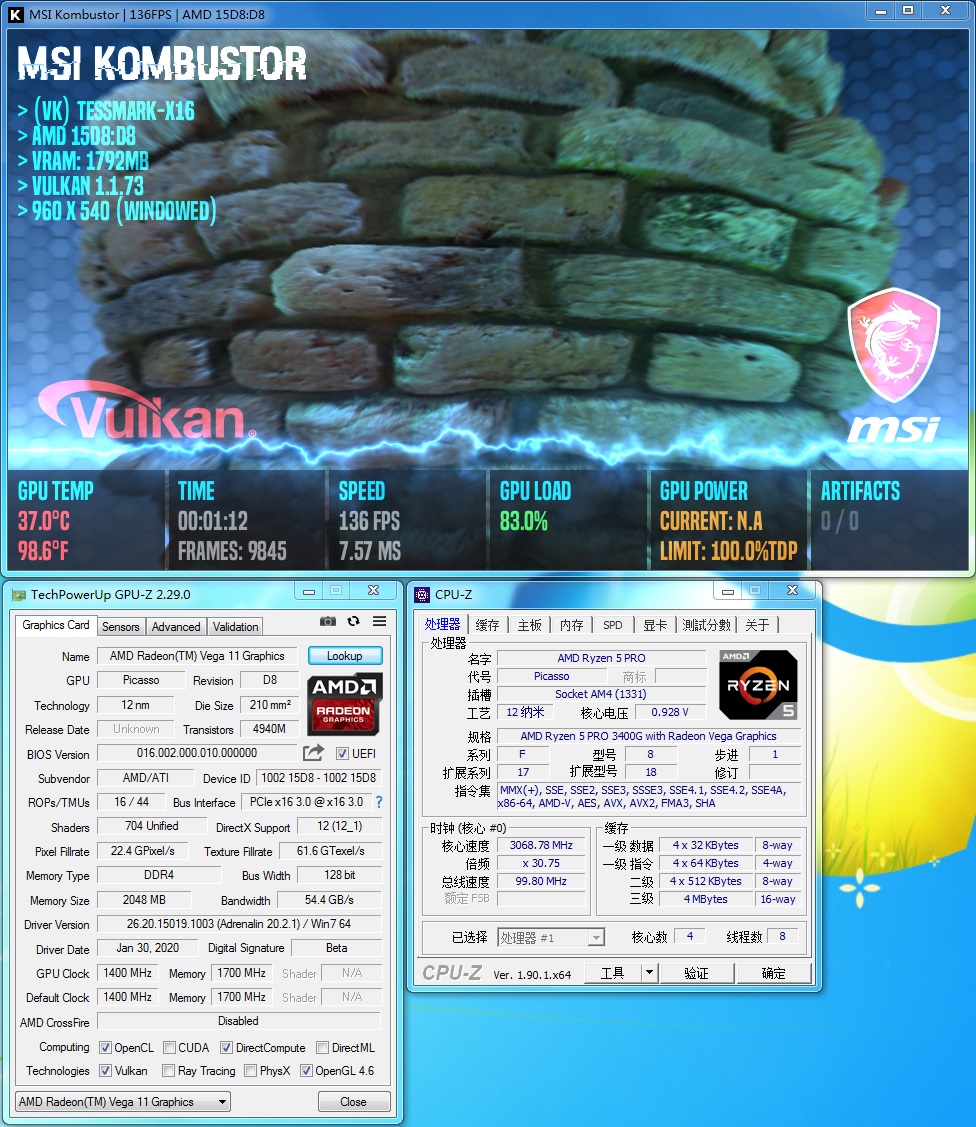 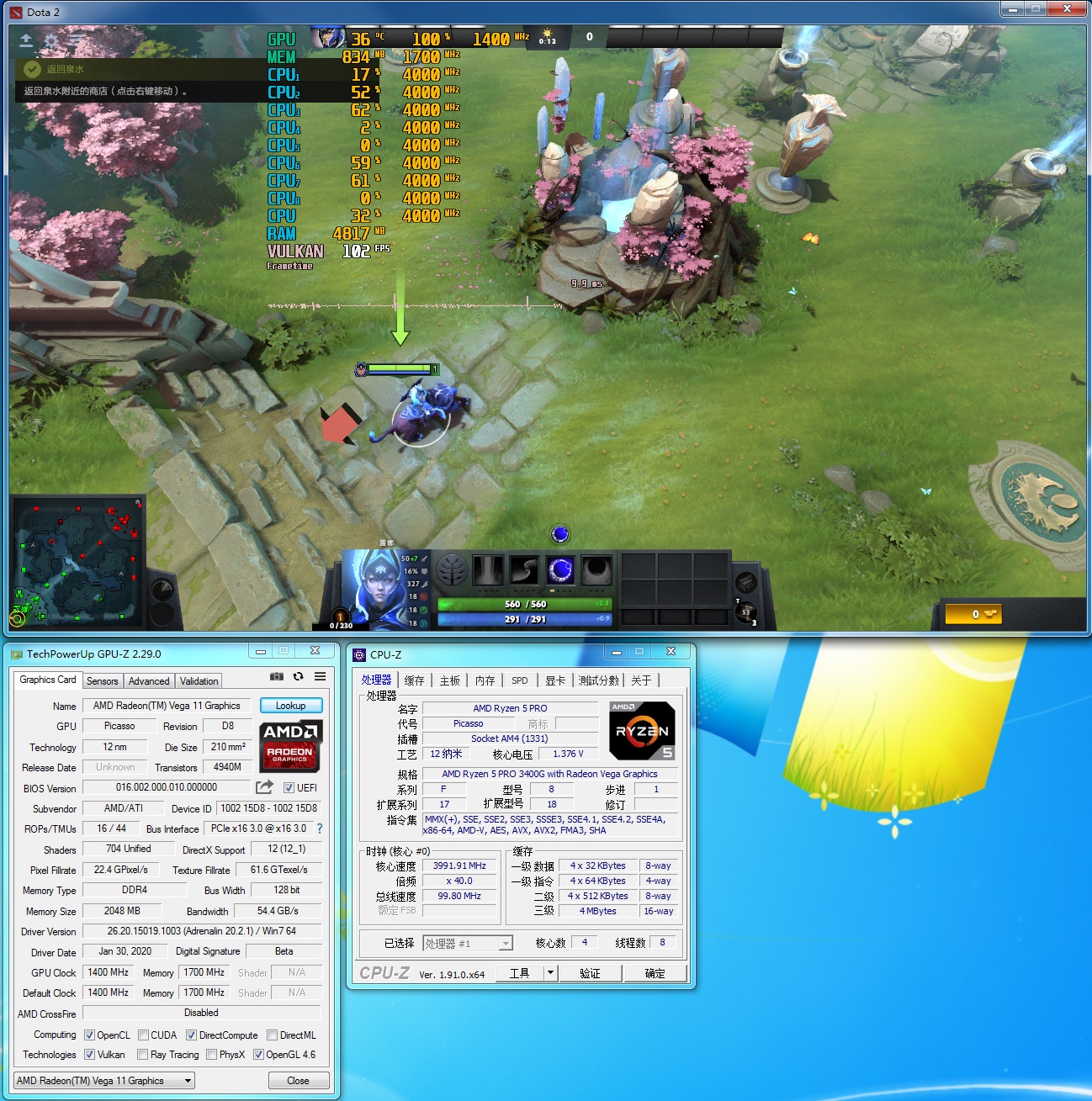 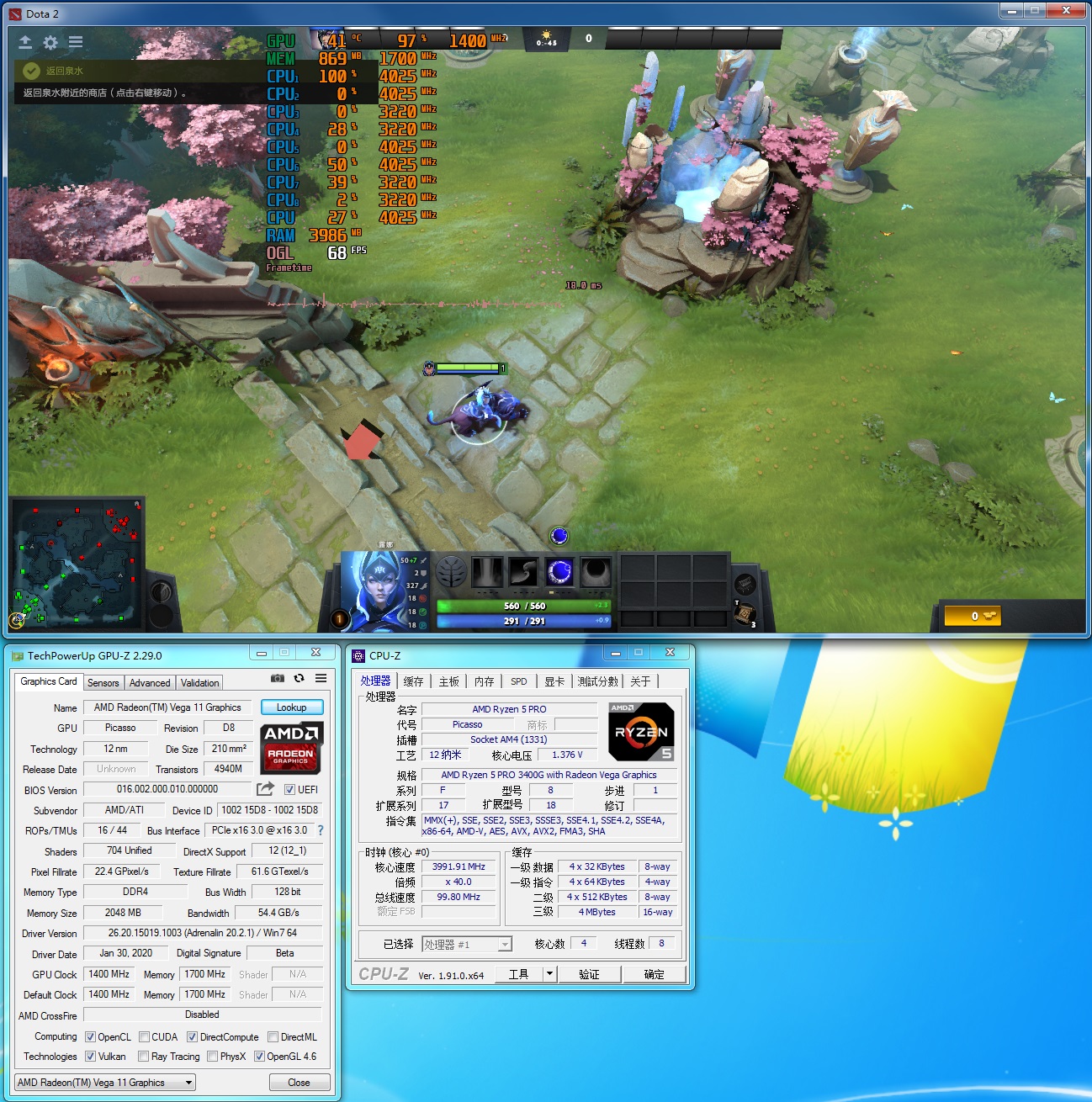 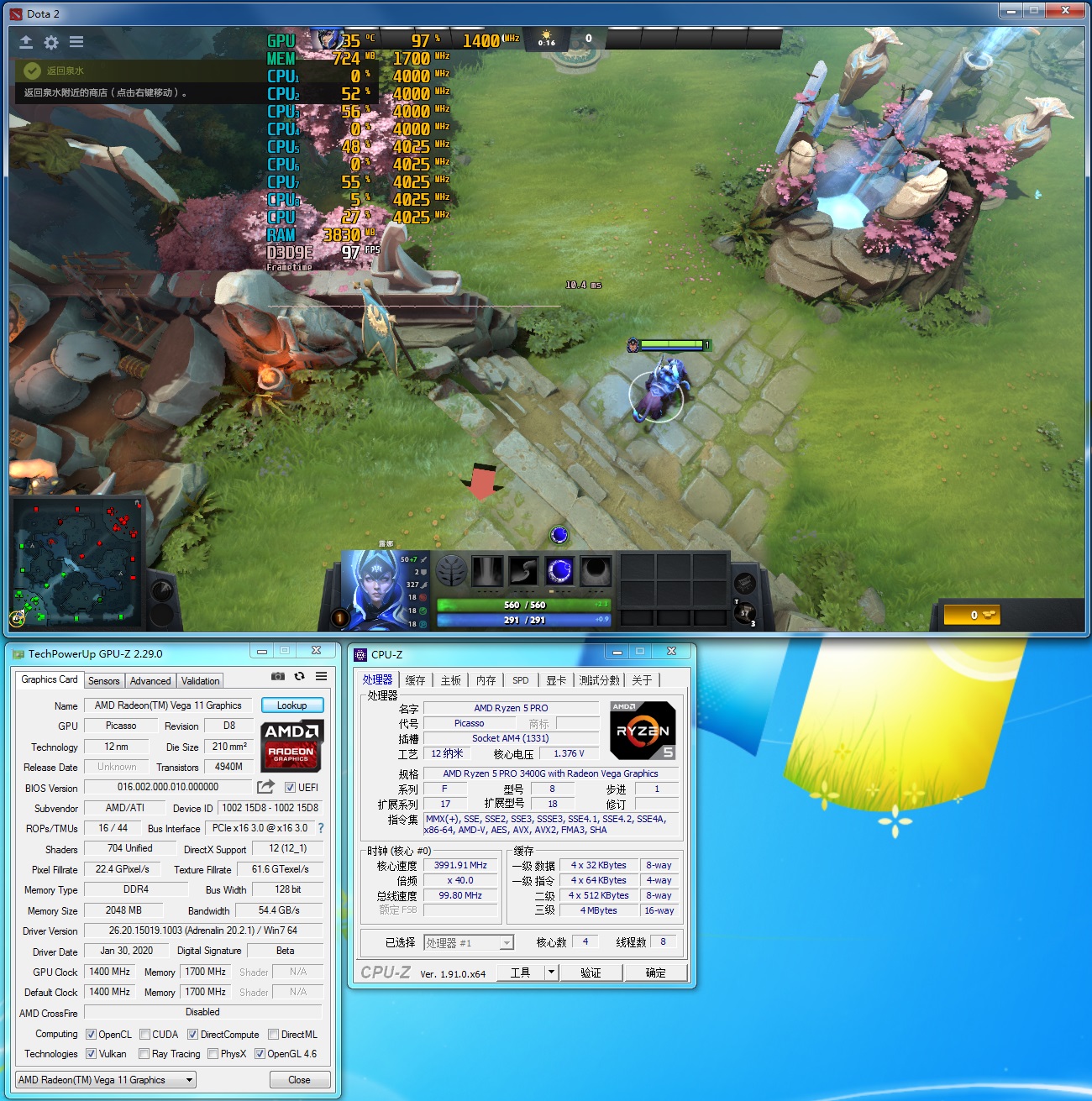 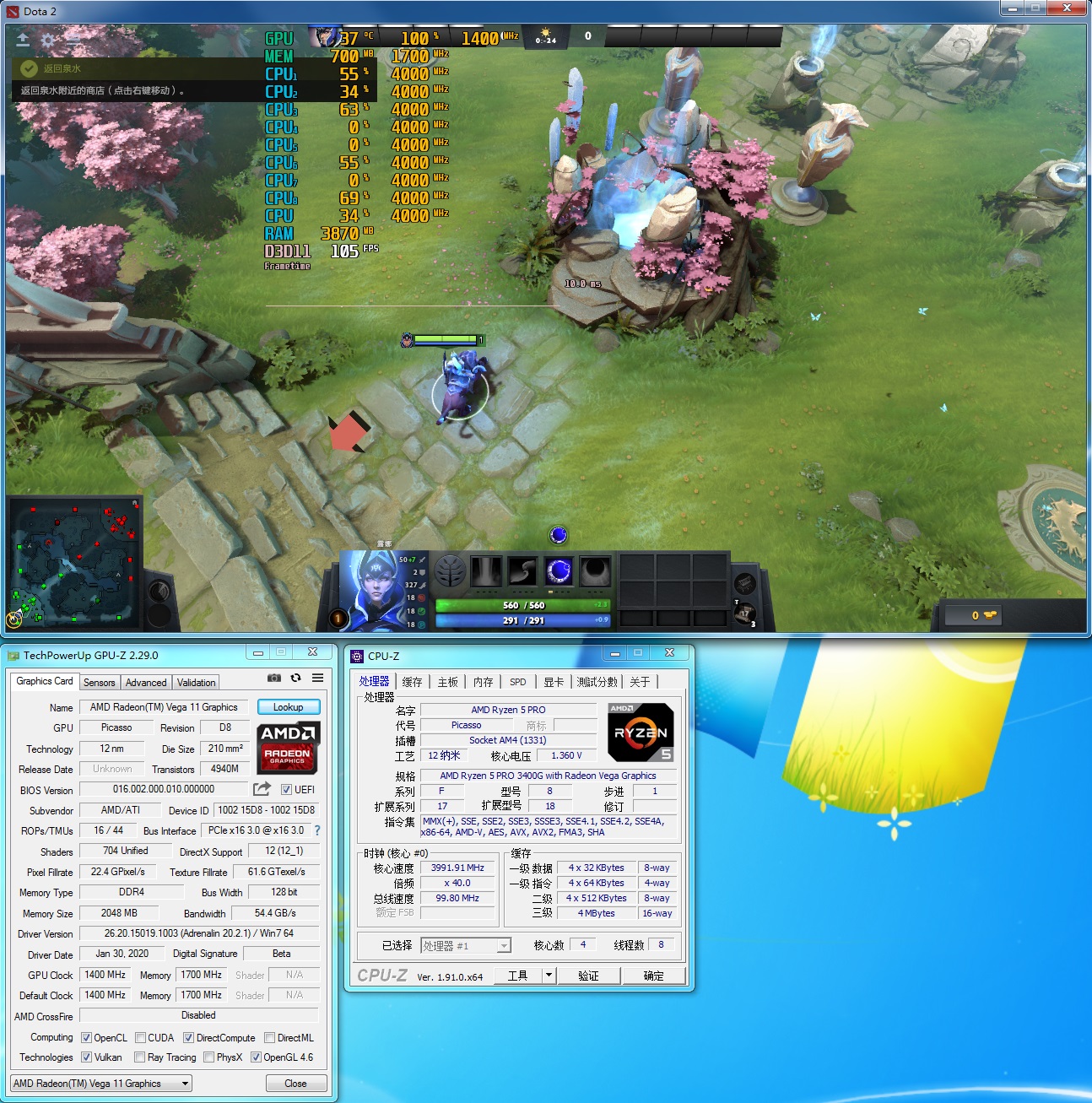 EDIT: UPDATE the USB DRIVER. 2019.12.18
Fix the problem that the USB driver fails when the driver is integrated into the image without the SHA256 patch for WIN7.

Before you use the new diriver, use DDU to uninstall the old one. This driver support win7, win8.1, WIN10_1507 systems.

The driver package already contains all the supporting drivers of AMD, so there is no need to install the AMD CHIPSET DRIVER.
Because its 2.0.0.48 USB driver of the official driver will cause the system 0x000000C2:BAD_POOL_CALLER BSOD.

For win7 to use this package, image pre integration of sha256 patch is required: click download: https://www.microsoft.com/en-us/download/details.aspx?id=46148

The driver bug of video encoder were solved, B31 above only.

@herotoss
I am still trying to fix it.

I’m trying to make 3400g APU working on Windows 7 x64 OS. Tried this modded display driver but it returns “Windows has stopped this device because it has reported problems. (Code 43)” error. What am I doing wrong?

@credo
Can you post the picture here, display driver can work very well. Or other devices meet code 43？Like AMD PSP device will meet cod 43 if your system missing patch. 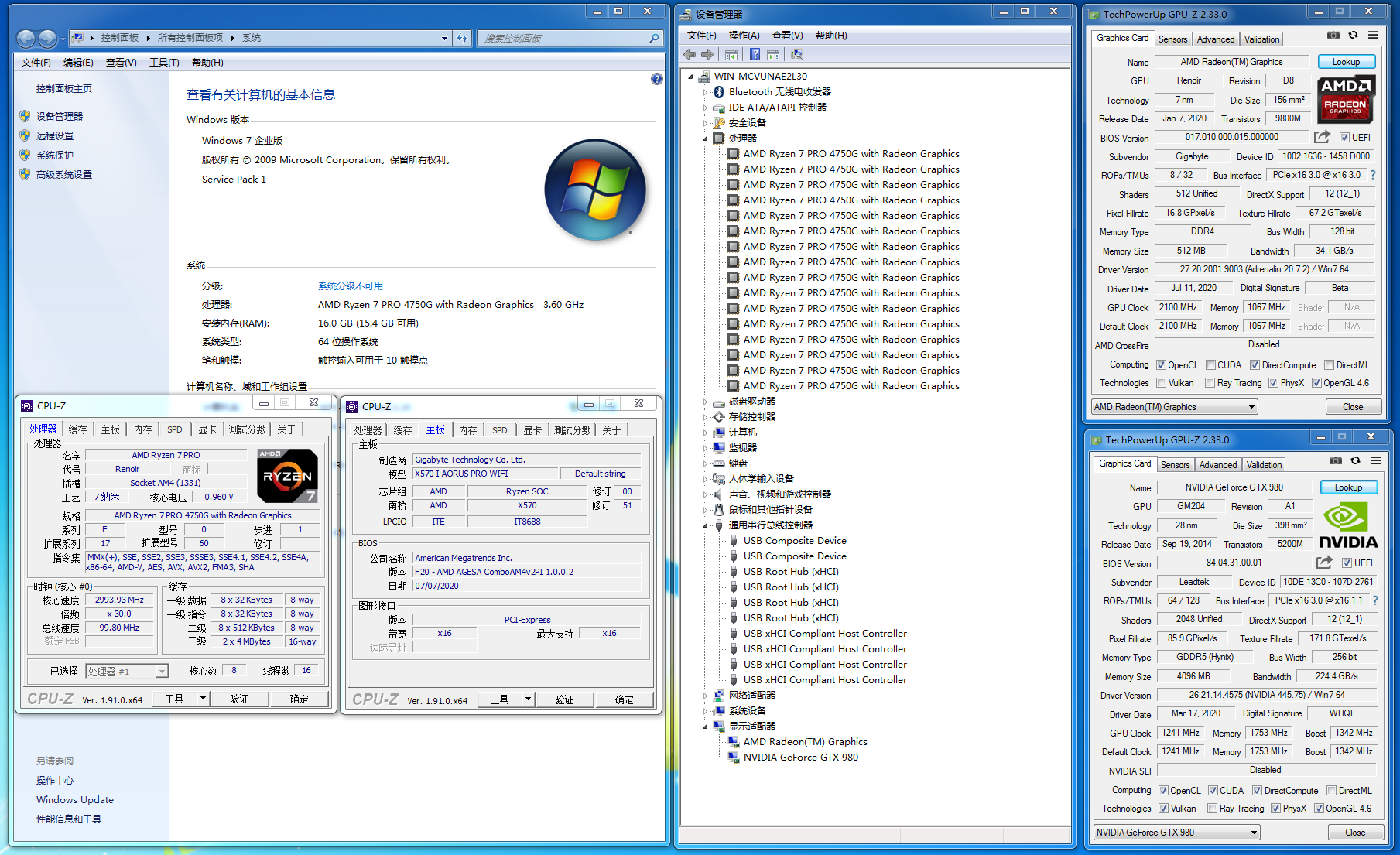 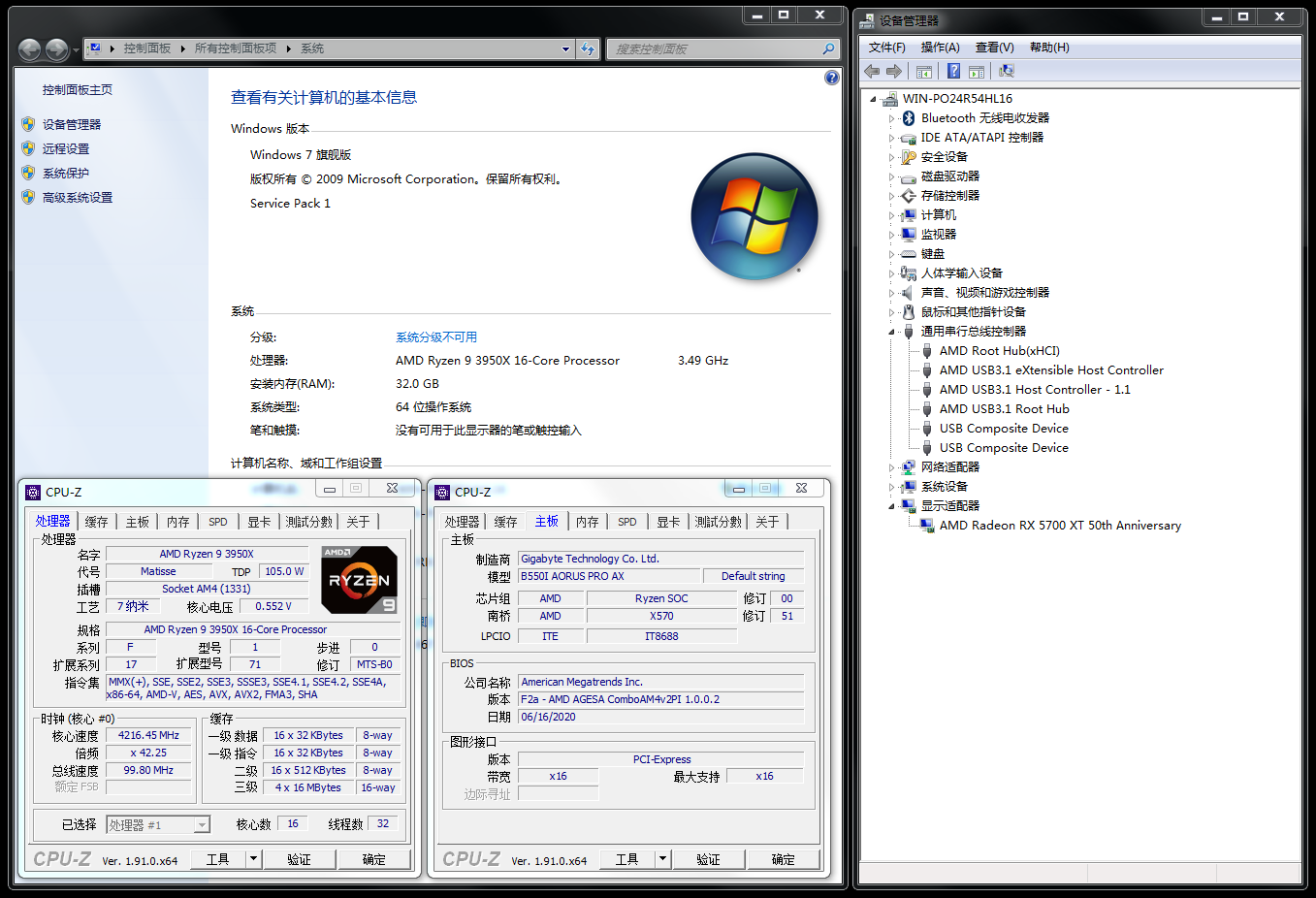 Thank you very much for your work!
Was able to get windows 7 up and running on a 2500u Lenovo(330s-15arr) laptop thanks to this. TYVM.
(no touchpad or wifi, but that’s a different story)

Hi! Sorry for stupid question, but how can I intergrate your driver to Windows ISO/USB? I wanted to try some methods from internet, but they most often belong on intergrating only one or few drivers with midifying boot.wim and install.wim. At now I did method with PowerISO and it’s DISM Tool but still got BSOD while booting. Again sorry, I never tried to modify Windows install in past. Thanks in advance.

@ch33k1br33k1 You can do it on multiple ways, my favourite one would it be if you use my script. You would have to copy the drivers into the directory DriverSP2.9\x64 to integrate them into the install.wim.
You can get it, and required, useful updates and tools, here:
ftp://fudi.internet-box.ch/NT%206.1/mobile%20slipstreaming/
User: nutzer
Password: 132
It will integrate some updates and other drivers that enhance the functionality of Windows 7 and I think, as always, it would be a waste of resources to install further updates, but you can of course if you want to.

Thanks for reply! Your script seems to work very well, but unfortunately I still get ACPI BSOD or get stuck at "Starting Windows" when i completly turn off CSM support in BIOS. Then also backlight in my keyboard turns off. My motherboard is Gigabyte B450M DS3H-CF with F2 BIOS version and my processor is 2400G. I tried to make USB installer both in BIOS mode and UEFI mode. Any suggestions what can I do? 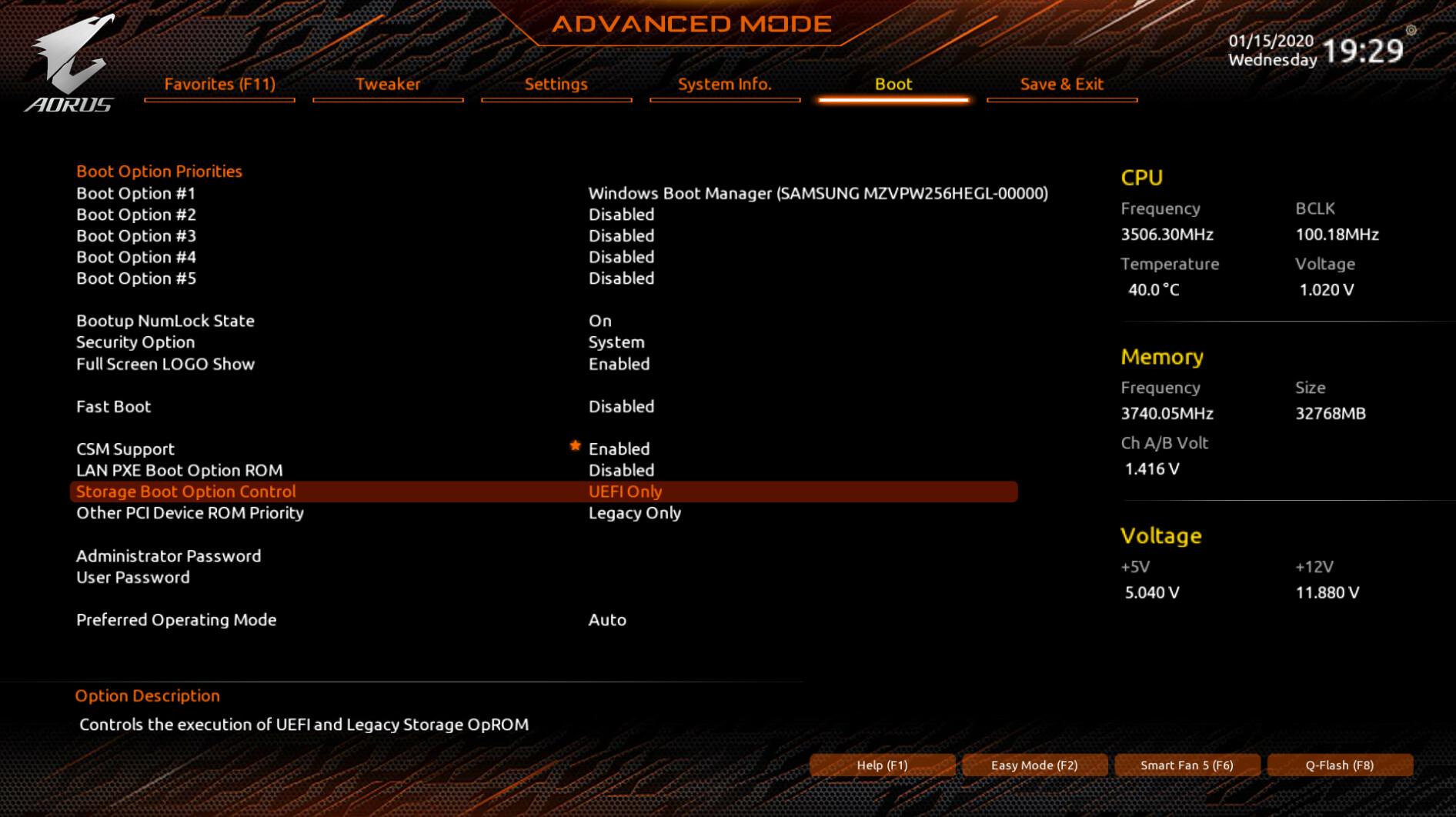 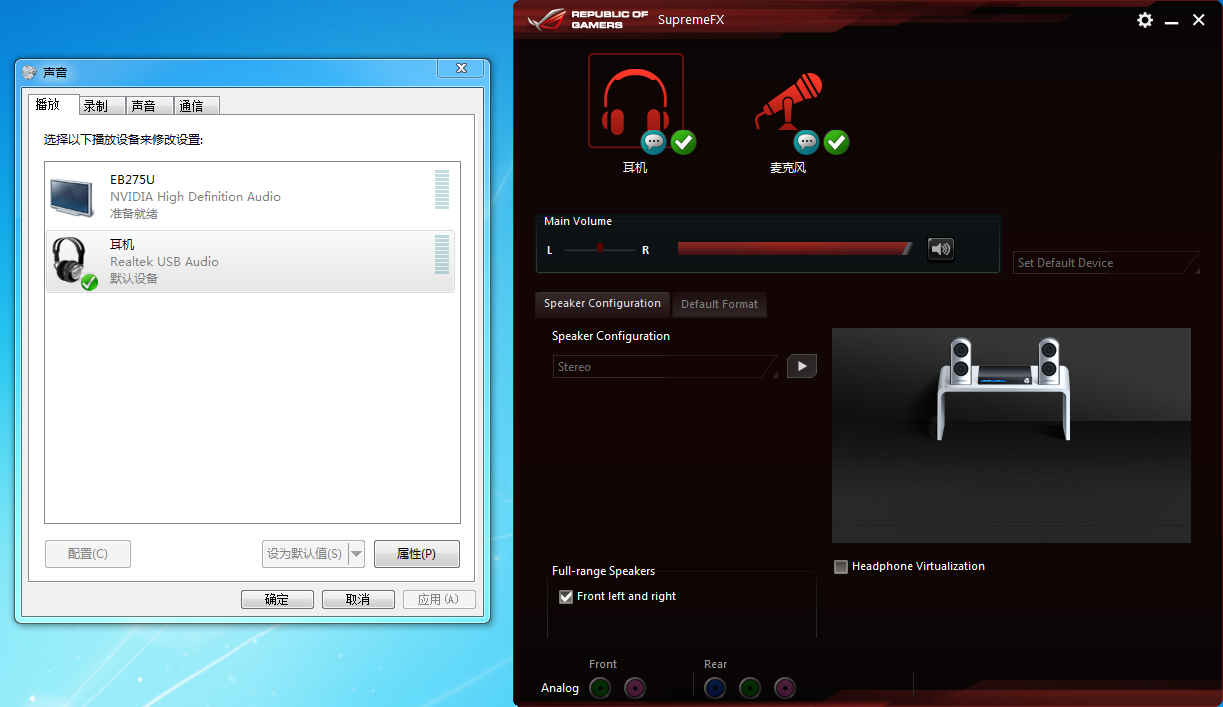 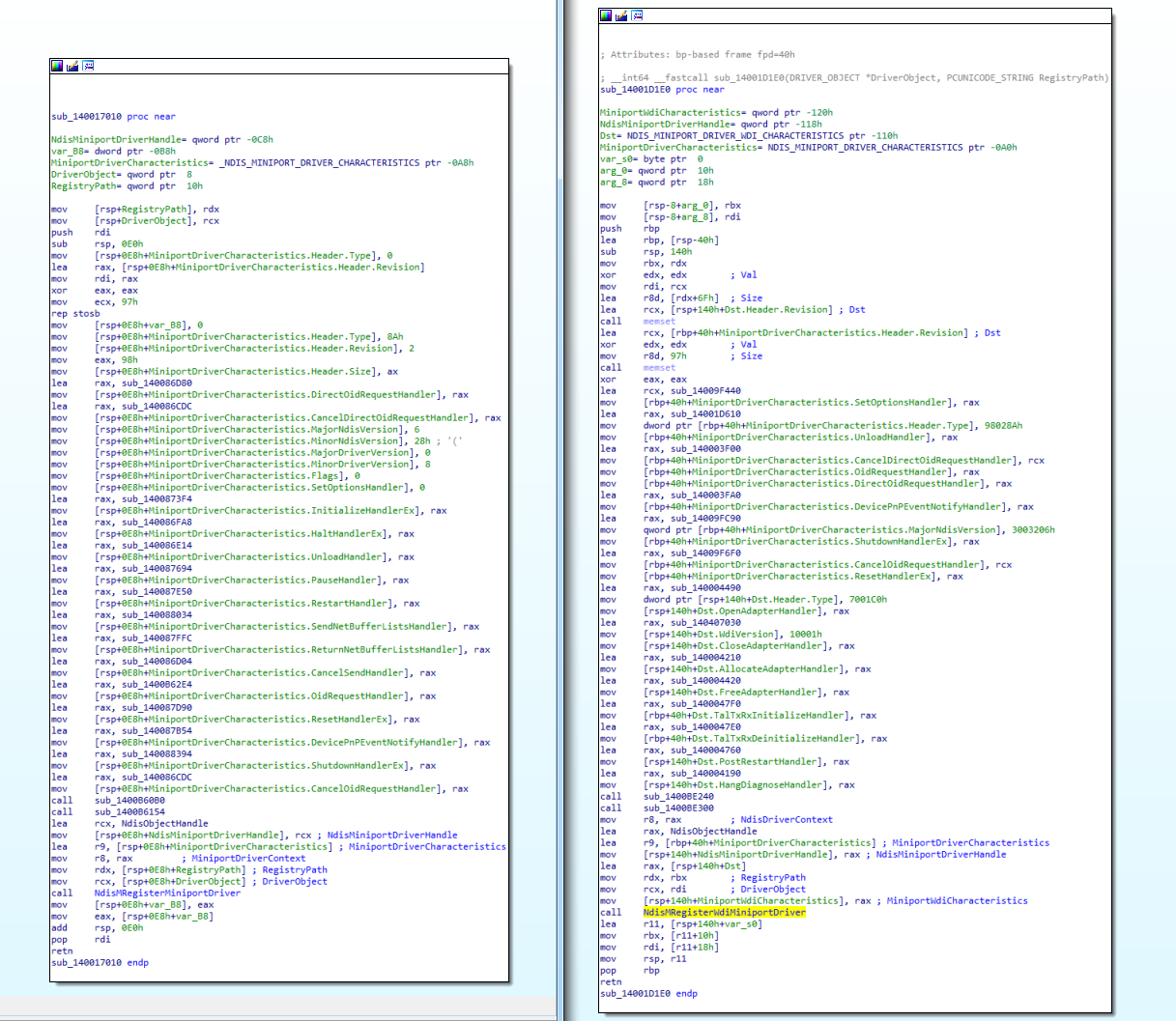 Thank you so much! Now everything works fine!

Hi Canonkong!
I understand the aim of all of these MODs is PCs and Workstations (AMD CPU with G). But I’d want to know if you’ve tested these on laptops (AMD CPU with U). Thanks in advance for your kind answer.

@Juanipon
This driver also can work on laptops，but bios from the laptops must support csm and fully acpi like Thinkpad E595 series.

Thanks for your answer Canonkong ! Nevertheless a Thinkpad is something expensive for me, so I’d like to know if your MOD could work out on a Ideapad, an Aspire 3 or a HP Pavilion. Thanks again!