Hi I have setup 2x samsung 970 evo plus drives but it seems very slow, on youtube a guy with same drive is getting just under 7gb read and write, I get like 3.2g.

Any help would be appreciated.

@Dudette : Welcome to the Win-RAID Forum!
I have moved your request into the better matching “RAID Performance” Sub-Forum.
Which RAID driver version from which manufacturer did you install resp. is the RAID0 array currently using? To which ports did you connect the RAID0 array members?
Did you already read and follow my advices given within the start post of >this< thread?
Regards
Dieter (alias Fernando)

I downloaded the latest rst driver on asus website for the rog strix x299 egaming, I setup the ssds in the asus bios menu and I’m using m2 slot 1 and m2 slot2.
intel rst shows both are running at 4x mode, so it makes no sense to me at all.

Yes also I read that guide yesterday, it made a noticeable difference but nothing close to 7g read and write. 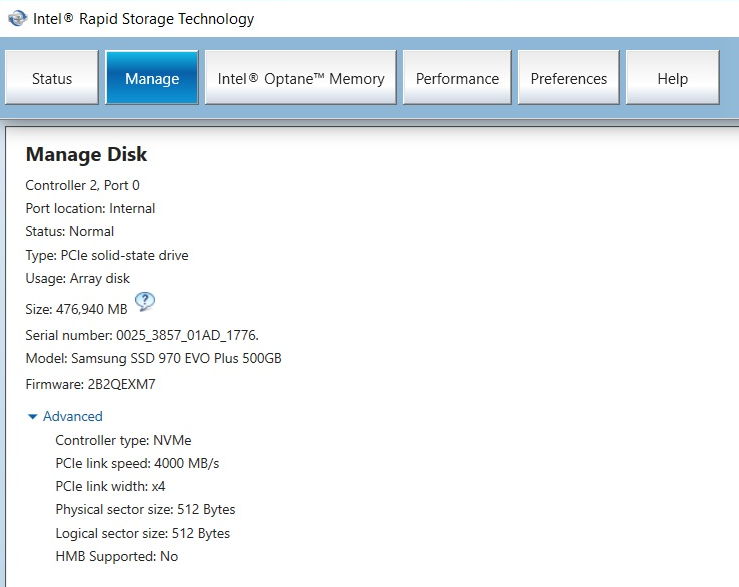 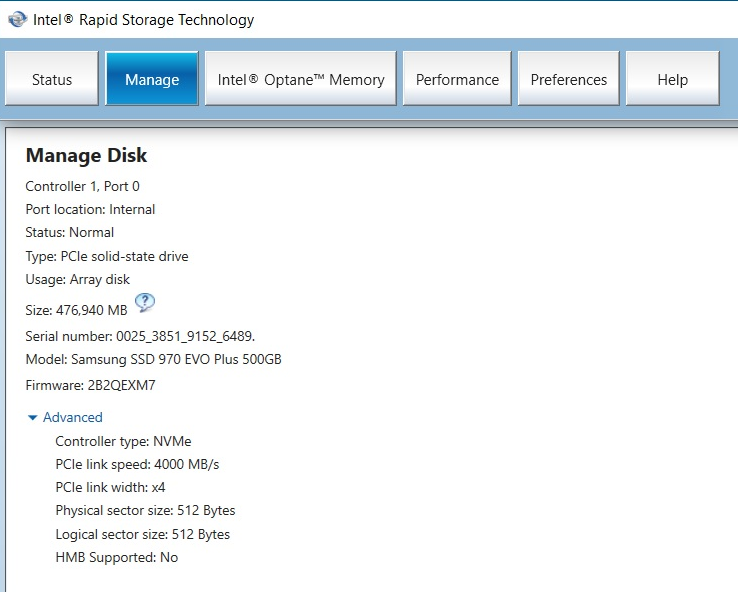 EDIT by Fernando: The pictures above show the details about the RAID0 array members (left Pic: Drive 1, right pic: Drive 2). 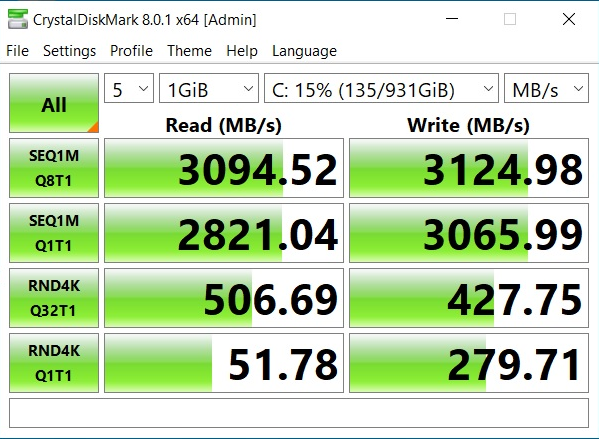 EDIT by Fernando: Inserted picture re-uploaded, re-sized and directly inserted (the users want to see the benchmark results and not the entire desktop content)

For benchmarks,please use Anvil’s Storage Utilities

@Dudette :
What was the reason for you to create an Intel RST NVMe RAID0 array? Did you want to get the benchmark scores you had seen on YouTube or was it the desire to double the speed compared to single SSD?
After having used and tested a lot of different RAID0 and non-RAID configurations on NVIDIA, AMD and Intel chipset systems, here is my conclusion: